Cold Atmospheric Plasma (CAP) is a near-room-temperature partially ionized gas, composed of reactive oxygen and nitrogen species. CAP also generates physical factors, including ultraviolet irradiation, thermal emission, and an electromagnetic (EM) effect. The multimodal chemical and physical nature of CAP makes it a suitable, controllable, flexible, and even a self-adaptive tool for many medical and biological applications, ranging from microorganism sterilization, dermatitis, wound healing, and cancer therapy. It is promising that CAP could help to mitigate the COVID 19 pandemic by effectively inactivating the SARS-CoV-2 virus on diverse surfaces.

Biological killing is a foundation to understand these applications. Reactive species and their radical effects are the foundation to cause the CAP-based biological destruction in most cases. Basically, plasma medicine has even been regarded as a reactive species-based medicine. Here, we provide a systematic introduction and critical summary of the entire picture of biological killing due to CAP treatment and corresponding mechanisms based on the latest discoveries. This work provides guiding principles for diverse applications of CAP in modern biotechnology and medicine.

CAP is a near-room-temperature ionized gas composed of products including neutral particles, such as neutral atoms and molecules; charged particles, such as ions; electrons; and diverse, long-lived and short-lived reactive species, such as reactive oxygen species (ROS) and reactive nitrogen species (RNS) [1]. CAP is also referred to as nonthermal plasma (NTP), cold plasma, physical plasma, and gas plasma in many references [2]. CAP is a non-equilibrium plasma in which heavy particles have effective temperatures close to room temperature through weak elastic collisions during the discharge process [3]. CAP also generates several physical effects, including thermal effect, UV effect, and EM effect [4].

Plasma generated by these sources can be used to directly touch biological samples, which exposes samples to reactive species and physical factors. Alternatively, biological adaptive solutions, such as medium and phosphate-buffered saline (PBS), can be used as a carrier of these long-lived reactive species to exert a killing effect on viruses and cells [7]. Reactive species will cause oxidative stress in the CAP-treated cells and trigger cell-death pathways if the reactive species’ dose on a single cell is sufficiently large [8]. The biological effects of physical factors have been hypothesized for a long time but without clear evidence until very recently. One possible candidate is the EM effect from CAP jet, which causes structural damage on melanoma cells and triggers quick necrosis [9].

The multimodal chemical and physical nature of CAP makes it a suitable, controllable, flexible, and even a self-adaptive tool for many medical applications, ranging from microorganism sterilization, dermatitis, wound healing, and cancer therapy. For microorganism sterilization, particularly bacterial inactivation, CAP can cause strong damage on both gram-positive and gram-negative bacteria, including some multi-drug resistant bacteria [10]. The biofilm composed of a complex microorganism community can also be effectively inactivated by CAP treatment [11]. These anti-bacterial capacities of CAP may be a foundation to drastically improve wound healing efficacy [12]. Over the past decade, CAP has shown impressive potential as a novel anti-cancer tool both in vitro and in vivo. CAP can selectively kill many cancer cell lines while having only limited side effects on normal counteracting cell lines [13]. Importantly, a simple CAP treatment just on the skin above the subcutaneous tumor site could effectively decrease the tumor size and extend life in mice, which demonstrates the non-invasive potential of CAP as a novel anti-cancer modality [14]. Besides, the inactivation of viruses by CAP has also been reported in many studies and has recently been summarized [15]. The CAP-triggered cell death or virus inactivation is the foundation of nearly all these applications (Figure 1). 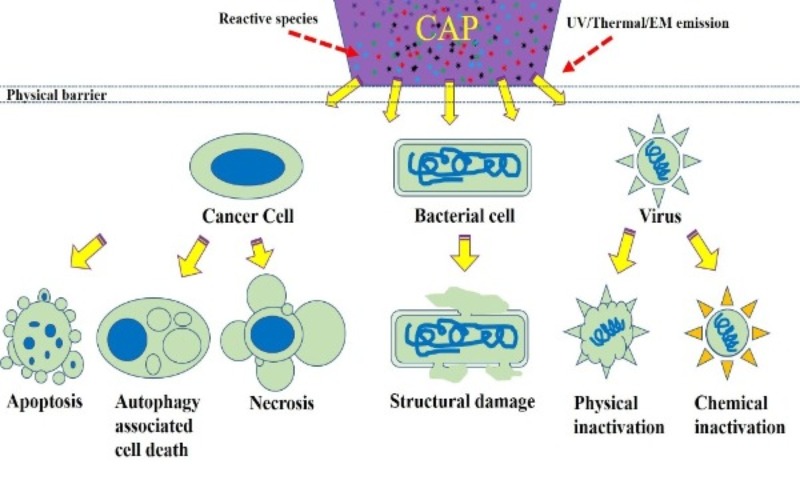 Figure 1. A schematic illustration of biological killing by CAP.

Figure 2. A schematic illustration of typical CAP treatment on cancer cells and bacteria in vitro. In most experimental setups in vitro, cancer cells or mammalian cells were immersed in a layer of medium during direct CAP treatment. In contrast, many bacterial cells were directly exposed to CAP because solid culture medium was widely used in many cases. Such a different experimental tradition may naturally filter the physical effectors of CAP.
Among three physical factors, the near-room-temperature nature of CAP and UV radiation are not likely to cause observable physical destruction in both mammalian cells and bacteria. For cancer cells, such as melanoma cells, the heating treatment with the same temperature of the CAP tip did not cause noticeable cellular changes [9]. The blockage of UV irradiation from CAP by a filter layer did not change the physically triggered necrosis in melanoma cells either. UV in CAP also did not kill S. Typhimurium cells grown on a solid medium [26]. EM effect from CAP may be mainly attributed to the necrosis observed in six cancer cell lines. Besides, for reactive species-triggered apoptosis, the rise of intracellular ROS is the main mechanism to trigger the final cell death. The pretreatment of intracellular ROS scavengers, such as NAC, can effectively protect cells from the cytotoxicity of CAP treatment [27][28]. However, the pretreatment of NAC in bacteria cannot inhibit the physically triggered structural damage [29]. Our unpublished data also demonstrate that the pretreatment of NAC does not stop the physically triggered necrosis in the CAP-treated melanoma cells. These results further confirm that physical factors kill cells using essentially different pathways compared with reactive species.