At present, renewable energies represent 25% of the global power generation capacity. The increase in clean energy facilities is mainly due to the high levels of pollution generated by the burning of fossil fuels to satisfy the growing electricity demand. The global capacity of generating electricity from solar energy has experienced a significant increase, reaching 505 GW in 2018. Today, multilevel inverters are used in PV systems to convert direct current into alternating current. However, the use of multilevel inverters in renewable energies applications presents different challenges; for example, grid-connected systems use a transformer to avoid the presence of leakage currents. The grid-connected systems must meet at least two international standards analyzed in this work: VDE 0126-1-1 and VDE-AR-N 4105, which establish a maximum leakage current of 300 mA and harmonic distortion maximum of 5%. Previously, DC/AC converters have been studied in different industrial applications.

In the 21st century, Renewable Energy Sources (RES) have acquired an unprecedented role [1]. Governments are increasingly betting on clean energy to comply with international agreements. For example, India seeks the installation of 40,000 MW electricity generation capacity from renewable energy sources by 2022. In Argentina, one of the largest solar plants in Latin America is being built, the project will provide the grid 300 MW of power [2]. The main RES are: hydraulic, wind and solar. In 2018, solar energy experienced an increase of 103.2 GW in global electricity production capacity over the previous year, for a total of 505 GW. However, electrical capacity from hydraulic and wind power only increased by 20 GW and 51.3 GW, respectively. A detailed description of the current status of RES is presented in [3]. The greater use of Photovoltaic (PV) systems is, essentially, due to the decrease in cell production costs, which means that the return on investment occurs in less time. At present, solar energy is consolidated as a competitive option for both the industrial and residential sectors [4]. Figure 1 shows the increase in electrical production per year of the main clean sources. 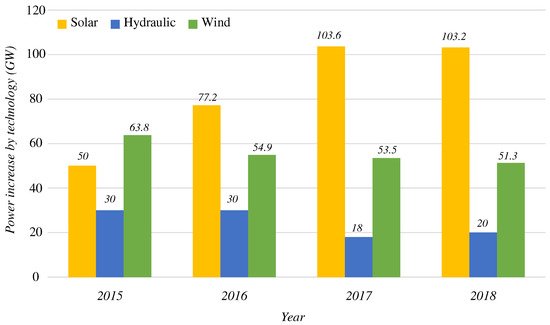 Figure 1. Annual increase in electricity generation capacity from RES by technology.
The advance in PV systems worldwide has caused a reduction in the cost of investments to generate electricity by this means. Gatta et al. in [5] analyze the replacement of diesel generators by hybrid RES plants in Italy, where 500 kWp (Peak Power) PV power plant and a 1000 kW/500 kWh lithium-ion Battery Energy Storage System (BESS) were installed. However, to achieve widespread use of PV systems worldwide, this technology must be competitive in terms of cost compared to conventional methods. Certain estimates assure that the price of PV systems will decrease from USD 0.18/kWh in 2016 to USD 0.05/kWh in 2030 [6]. This price actually contrasts with an average of USD 0.12/kWh for conventional energy sources.
Currently, the integration of BESS and PV systems has been efficiently achieved in certain applications. The authors in [7] present a traction system based on obtaining solar energy stored in a BESS. The research proposes a solution based on PV for one of the most polluting sectors in the world. However, it is important to mention that the energy obtained from other RES is currently expanding. Wind farms are an alternative to the absence of sunlight at night. In this regard, the research [8] offers a broad panorama of this technology use.
The efficiency and lifetime of the system are two aspects that directly affect the reduction of costs. Currently, there is a trend to oversize the PV array; thus, the nominal power of the array is greater than the nominal inverter power [9][10] and the converter gets more energy in the same period. The system as a whole will capture more energy during production periods. It is possible to oversize the panels considering that the price decreases approximately 13% [11] each year; therefore, the cost of a greater PV string will be compensated with the energy captured.
The inverters are: Current-Source Inverter (CSI), Voltage-Source Inverter (VSI), or Impedance-Source Inverter (ZSI) [12]. The VSI and CSI differ in the type of input element (capacitor or inductor) [13]. The use of the inverters cover a wide range of applications, from power supplies to high-power industrial applications, certain examples are found in the literature [14][15][16][17][18]. The DC/AC converters are also employed as intermediate stage between RES and the grid since they transform the Direct Current (DC) into Alternating Current (AC).
Sahan et al. in [19] present a comparative study between VSI and CSI. Other classifications are line-switched or auto-switched; inverters for autonomous systems or inverters for grid-connected systems and single-phase (<5 kW) or three-phase (>5 kW). Traditional DC/AC converters, also called conventional inverters, are limited to only two output levels and require specific characteristics to achieve an adequate signal. For example, the two-level H-bridge topology uses a high-switching frequency to obtain low harmonic distortion at the output [20]. The main disadvantages of traditional topologies are shown in Table 1.
Table 1. Main conventional inverters limitations.
Multilevel topology has emerged to remove the limitations of traditional DC/AC converters. The main multilevel voltage-source schemes are: Neutral Point Clamped (NPC) [21], Flying Capacitor (FC) [22] and Cascaded (CMLI) [23], although other topologies are also used to a lesser extent, such as Hexagram [24] and Hybrid [25]. The main difference between conventional topologies and multilevel inverters is the number of output levels, while traditional converters have only two levels of power at their output, multilevel inverters deliver more than two levels.
The development of multilevel inverters evolves together with the different control strategies. Nowadays, Model Predictive Control (MPC) is commonly used in the control area of these converters [26]. Its effectiveness has been proved in various power converter topologies [27]. Conventional control techniques such as Proportional-Integral (PI) [28] or Proportional-Resonant (PR) controller [29][30] are also used. However, the control strategy depends on the topology and the application.
Although inverters have been previously studied in industrial applications [31], the use of these converters in RES is a subject that presents its own challenges, trends and problems. Precisely, due to the current need for a greater use of RES and inverters as an interface for the injection of energy into the grid, the current state-of-the-art research on multilevel inverters in these applications is presented. The paper addresses NPC, FC, and CMLI topologies and focuses on establishing benchmarks, including the latest research on the topologies mentioned. Figure 2 shows an inverter classification scheme and highlights the topologies that are addressed in the work. The comparative analysis is performed taking into account several aspects of importance in PV inverters such as: number of elements and power supplies, leakage current, fault tolerance capacity, compliance with international standards and the complexity of the control and modulation strategy developed. Therefore, the work presents the following contributions:

Figure 2. Multilevel inverters classification presented in [32].
The work is structured as follows: In Section 2, the basic concepts of multilevel inverters, the advantages of their use, as well as main standards of grid-connected systems are presented. Section 3 shows the NPC topology, highlighting the different modulation strategies used for the correct balance of the input capacitors. Similarly, FC-based topology is addressed in Section 4. Section 5 present the scheme based on cascade inverters, addressing the issues of fault tolerance. Finally, Section 6 presents a summary table of the most recent works reported in the literature, allowing comparison points based on the type of converter, input voltage, switching frequency, control strategy, efficiency and leakage current. A list of the acronyms used in this paper is presented at the end of the document.

The multilevel inverter generate various levels of voltage or current at the output and obtain their energy from different DC sources, to deliver it with the use of lower-rated switches. In general, the power is obtained from capacitors, batteries, or other conventional storage, including RE sources [18]. Different MLI topologies have been studied [33][34][35]. Figure 3 present a comparison between the output signal of traditional inverters and MLI. It is observed that the MLI shows a more sinusoidal waveform that traditional two level inverters, which allows obtaining the characteristics presented in Table 2. 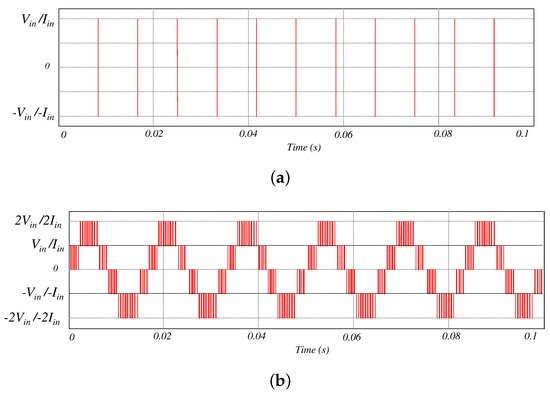 Figure 3. Output comparison: (a) Traditional inverters, (b) Multilevel inverters.
Table 2. Main multilevel inverters advantages.
The development of MLI has been marked by the progress of semiconductor materials technology (IGBT, MOSFET, etc.) and the evident evolution of digital processors (microprocessors, DSP and FPGA). In this sense, in [36], an interesting investigation is presented, and the most important conclusion could be that the use of 4H-SiC constitutes one of the most important aspects that enabled the current development of power converters. Hence, the multilevel inverters are rapidly emerging as a promising alternative in photovoltaic systems for high-power/medium-voltage DC/AC conversion. Within multilevel inverters, the Multilevel Voltage-Source Inverter (MVSI) inverter has got attention for a better quality power supply. In MVSI, the amplitude of the output voltage generally is less than the input, in these cases, the inverter behaves as a buck converter. Therefore, an intermediate boost stage is generally required since, in RES applications, the panel voltage is low. Nevertheless, by including this stage, the complexity of the system control increases, and the efficiency decreases.
There is a close compromise between THD, inverter output levels and filter size. When the levels increases, THD and filter size decrease, but a higher number of components is required. Nowadays, an important challenge is to design schemes with a reduced number of components. Authors in [37] introduce a novel topology, which seeks to reduce the number of switches as shown in Figure 4. This scheme has three power supplies and ten semiconductors to deliver fifteen output levels. 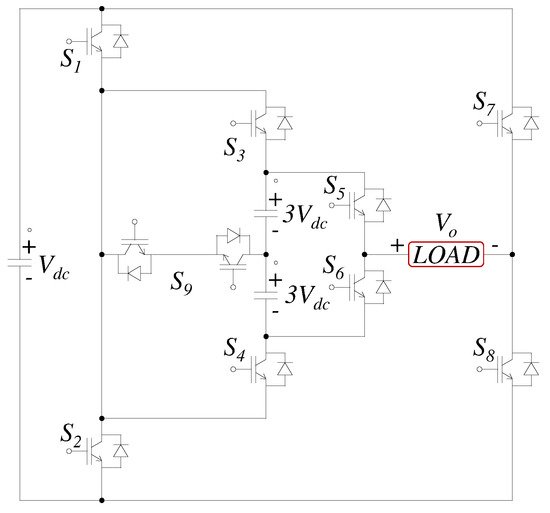 Figure 4. Multilevel topology proposed in [37].
The authors propose that the maximum output voltage by using this configuration is:

where: Vdc is the input power supply and Vo,max is the output voltage in the load.

The document presented in [38] summarizes the main schemes that make it possible to reduce the number of elements. The work concludes that the reduction of components causes the use of more expensive devices, by raising the voltage rating of semiconductor circuit breakers. Other aspects, such as the increase in the number of energy sources and more complex control schemes are also pointed out. The above approach shows the compromise that exists between the number of energy levels that the converter delivers and the complexity of its control, presenting a proportional relationship between both variables [39].
The grid-connected PV systems must comply with certain standards such as VDE 0126-1-1, which regulates the maximum allowed of leakage current in the system. Leakage current flows when the terminals have high-frequency voltage transitions.This systems generally use transformers to ensure the isolation of the PV system. Hence, it is avoided the appearance of leakage current between the stray capacitances of the panel and the grid [40], causing EMI problems, increased harmonic distortion and possible damage to health. The use of an isolation stage transformer increases as the weight, cost and volume of the system. In addition, this element causes losses in efficiency of around 3%. The newer topologies seek to eliminate this element. The main advantages are higher efficiency, adequate power density, and lower cost [41]. Also, the performance of the control would be affected according to the winding settings [42]. For this reason, transformerless PV inverters capture the interest of the scientific community [43].
The European Network Code “Requirements for Generators” or VDE-AR-N 4105 is aimed at low voltage systems. The code establishes the grid connection standards for generation systems in Germany. The main parameters to monitor are the capabilities for frequency stabilization and the provision of reactive power. A comparative summary of the aforementioned standards is presented in Table 3. In [44], the principal regulations that the grid-connected systems must comply with are summarized.
Table 3. German code VDE comparison [45].