Rowe and Slutzky proposed two types of transparency in architecture in the essay, “Transparency: Literal and Phenomenal”. They divided transparency into literal, meaning the material conditions of glass, and phenomenal, as derived from Cubist paintings. “literal transparency” describes the material quality of being see-through, and phenomenal transparency describes the perceptual attributes that allow the mind to discern the underlying governing concepts or spatial concepts. Through their idea of “phenomenal transparency”, they primarily investigated the relationship of visual perceptions using the human eye with superimposed two-dimensional visions of architectural space and the world.

Rowe and Slutzky proposed two types of transparency in architecture in the essay, “Transparency: Literal and Phenomenal”. They divided transparency into literal, meaning the material conditions of glass, and phenomenal, as derived from Cubist paintings. “literal transparency” describes the material quality of being see-through, and phenomenal transparency describes the perceptual attributes that allow the mind to discern the underlying governing concepts or spatial concepts [11] (p. 45). Through their idea of “phenomenal transparency”, they primarily investigated the relationship of visual perceptions using the human eye with superimposed two-dimensional visions of architectural space and the world.
The problem is that this explanation and Rowe and Slutzky’s analyses started from “binary distinction” [12] (p. 3) as “literal/phenomenal” and only touched the surface of phenomenological criteria [13]. Detlef Mertins also argued that Rowe and Slutzky’s analyses are limited and quoted Rosemary Haag Bletter, who said that their research is “too erratic to make workable categories” and that they are “unorthodox”, considering their interpretation of Cubism. Rowe and Slutzky’s transparency is based on phenomenology, but their study merely occupies the limit that spatial perception is just “on axis with the plane of the façade”. That is, in their study:

Their concept of transparency was likewise based on Phenomenology of spatial perception, albeit a four-dimensional one in which the boundary between inside and outside, subject and object were dissolved for an observer in a position on axis with the plane of the façade as if viewing a painting [12] (p. 3).

Rowe and Slutzky’s study, “Transparency: Literal and Phenomenal”, has two major problems in relation to this spatial perception of phenomenal transparency. The first is that through misunderstanding Cubism, they not only eventually fail to develop a new form of perception but also remain in the artificial depths of space in terms of expression. Their idea of phenomenal transparency seems to be aimed at “a further level of interpretation” to be discovered in Cubism artwork. However, they overlooked some aspects of Cubism. From a phenomenological perspective, Cubism was an attempt to develop new forms of perception to overcome the limits of “the perspective of the Renaissance” [11] (p. 45). Cubism rejects the traditional techniques of perspective. The artificial depth of the Renaissance perspective was the main issue the Cubist painters wished to overcome. However, their representational ways for understanding Le Corbusier’s Cubism work, “Still life”, were still defined by an artificial depth of space through an axis with the plane of the façade (Figure 1a).

Figure 1. (a) Le Corbusier’s work, “Still life” (source: creative commons license); (b) Villa Garches [11].
The second problem lies in the hasty assumption that their understanding of “phenomenal” is simply the opposite of “literal”. This is because it has already been assumed that “phenomenal” is a two-dimensional interpretation of three dimensions, and “literal” means simple three-dimensional, physical properties required for things to exist. In the 1890s, Fernand Leger introduced the idea of two-dimensional transformations of three-dimensional objects. In his paintings, two-dimensional changes aim at obtaining artistic precision by disintegrating the volumetric conditions of natural things into planes and merging the planes, thus gaining a new perspective [11] (p. 48). However, applying Leger’s Cubism to Rowe and Slutzky’s phenomenal transparency has some problems that require clarification. Rowe and Slutzky’s representations of architectural space are mere superimpositions of several frontal viewpoints that are opaque, two-dimensional views of the whole scene [11] (p. 46). Colin Rowe’s drawing of Villa Garches can be considered a similar representation (Figure 2b). Through this diagram, they insist that there is a dialectical relationship between fact (3D) and implication (2D) and urge us to read space with “resultant tension” [11] (p. 53). However, “resultant tension” cannot be reached through a certain geometric depth.
In the same context as the above criticism, Rowe and Slutzky’s diagram of the League of Nations project (see Figure 2) shows the depth of space perception. The diagram is assembled through morphological meaning using geometric thinking. It appears in the depth interval equivalent to a flat field. They claim that depth carries the linguistic meaning of “fluctuates in a continuous activity”. [11] (p. 45). This mistake is due to misunderstanding the meaning of phenomenal in the context of “depth”; that is, the visible walls and openings cannot be defined solely in their spatial experiences. 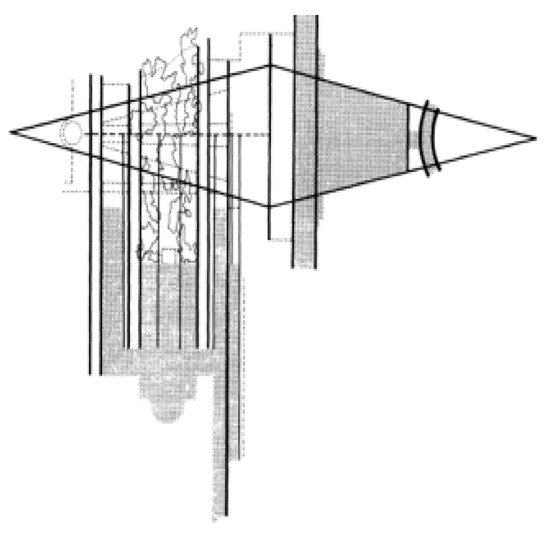 Figure 2. Diagram of the League of Nations project [11].

3. Analysis of Merleau-Ponty’s Depth and Phenomenological Transparency in the Cubist Painting

Architectural transparency is ultimately a way of viewing the phenomenological depth between the external and internal environments. Merleau-Ponty indicated that through depth as an intimate moment of perception, space can be opened up before our eyes so that the sense of a materially present thing is proposed (proposer) for the first time. This section examines Merleau-Ponty’s interventions in spatial perception in phenomenology. This intervention is completed not only by visual perception but also by intertwining body experience and the cognition of nature. Through the intervention, depth becomes a medium to show the presence of the world to people, as explained in the following quotation:

When through the water’s thickness I see the tiled bottom of the pool, I do not see it despite the water and the reflections; I see it through them and because of them. If there were no distortions, no ripples of sunlight, if it were without that flesh that I saw the geometry of the tiles, then I would cease to see it as it is and where it is [14] (p. 142).

In this example, Merleau-Ponty’s “water depth” of a swimming pool with its reflections, distortions, and ripples of sunlight elucidates existence. This quotation shows the role of depth as a medium. Therefore, depth is the interplay between body and mind at a distance.
As for experiential perception, Merleau-Ponty said, “space is how the environment in which things are arranged allows them to take place” [15]. This means it is not a simple space or a space in which objects are arranged. Still, a new field is created when a human being who is intimate with an object forms a “relationship”. Merleau-Ponty asserted that abstracted eyes do not produce the visual experience alone, but rather, it is created through the intervention of the whole body. To explain this idea further, Merleau-Ponty’s phenomenology of space is as follows: Space precedes the space experienced before the geometric space; everyday space is not a neutral space, but a space where meaning is always born, and this meaning emerges from perceptual activities based on the body, and not on the sight alone. Merleau-Ponty’s theory of space refutes that geometric space is the substance of space. This is because Merleau-Ponty understood space not as an arrangement of geometric space but as establishing a place through the holistic relationship between various objects and bodies: “More directly than other dimensions of space, depth forces us to reject the preconceived notion of the world and rediscover the primordial experience from which it springs” [15] (p. 256).
Interpreting this quotation, “to have at a distance” is a kind of depth for making the invisible visible. In addition, Cubist paintings do not evoke the tactile; instead, to cite Merleau-Ponty’s words, they make the tactile visible. Depth makes the tactile visible in the experiential perception.
Merleau-Ponty repeatedly used words such as “ambiguity” [16][17] or “obscurity”, and “depth”. Merleau-Ponty mentioned that all experience is ambiguous. These words represent a situation in which reversibility (material/immaterial, visible/invisible, and internal/external) is intertwined in space. Merleau-Ponty’s understanding derives from this chiasm, especially from the relationship between visible and invisible. Rowe and Slutzky also stand at the same point with the phenomenal/literal transparency he tried to solve concerning architectural visible/invisible. Further, they investigated Cézanne’s “Mont Sainte-Victoire” (Figure 4) [15][11]. 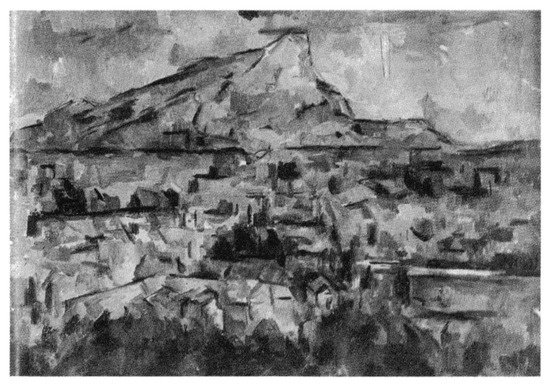 Figure 3. Cézanne’s “Mont Sainte-Victoire” [11].
Unlike Rowe and Slutzky, Merleau-Ponty actively introduced Cubists’ depth as a medium for perceiving a space or nature. Merleau-Ponty began his article “Eye and Mind” with a critique of the constructivism of modern science and then considered the experiences of the “brute or existing world”, which scientific endeavors cannot measure. Merleau-Ponty borrowed Cézanne’s concept of “the simultaneous expression of light” for his phenomenology of perception concerning the cognition of nature.
Merleau-Ponty indicated that only through depth as an inseparable moment of perception can the three dimensions of space unfold before our eyes so that we gain the sense of a materially present thing for the first time. Moreover, the dimension of the depth in space has great phenomenological significance. The depth as a medium for experiential perception and cognition of nature exists more directly than the other dimensions of space through visual perception.

4. A Medium for Architectural Transparency through Phenomenological Depth

Juhani Pallasmaa and Steven Holl are representative architects who try to counter the concepts of modernist architecture based on Merleau-Ponty’s spatial theory [8][18][19]. For them, architecture does not just mean visual form or abstract spatial composition. Steven Holl’s architecture and his words concerning transparency are similar to Merleau-Ponty’s understating through depth. Through the depth of Merleau-Ponty, we could consider potential ambiguity [11] (p. 45), which does not arise from the “physical surfaces” implicated in the visual perception. Instead, it could be called “poetic” [20] and “experiential” depth. Steven Holl said that “the poetic” in writing is “opaque”, “ambiguity”, and the opaque in architecture creates conditions of poetry [21][22][23]. This “poetic” and “experiential” depth is closely related to terms such as visible/invisible and materiality/immateriality.
The other example of showing depth in the experiential perception and cognition of natural light is Louis I. Kahn’s argument for the spatial quality of a court. Louis I. Kahn stated:

I present another way of looking at, say as a court, and you enter this court… In the halls that you go through, you will absorb by some osmosis…you will see things… There is something that has to do with “the feeling of association” which is remote, rather than direct, and “the remote association” has a longer life and love [24] (p. 57).

Spatiality derives from a “feeling of association”, which Kahn regards as “remote”. The state of being remote makes the feeling of association more concrete. A place such as a court that can evoke the sense of a place makes the inside/outside. The state of being remote is like being “at a distance”. This spatiality allows people to see all aspects of being. Thus, we can understand Merleau-Ponty’s words that depth at a distance is the most existential of all dimensions [25] (p. 16).
Space has both physical and psychological depth through interactions between these phenomenological languages (visible/invisible, material/immaterial, and inside/outside). Significant architectural immanence is not achieved by visual perception alone, but by the implicit interaction of three elements: visual perception, the body’s experience, and cognition through its natural environment (see Table 2). Just as a Cubist painter expresses the world through depth as a medium, the immanence of qualitative experience between the outside and inside allows us to experience the real world’s depth [14] (p. 140) through the environment as a medium.
Table 2. Analysis framework; medium for achieving transparency quality; and languages of phenomenology (source: authors).