Carbon constraints, as well as the growing hazard of greenhouse gas emissions, have accelerated research into all possible renewable energy and fuel sources. Microbial electrolysis cells (MECs), a novel technology able to convert soluble organic matter into energy such as hydrogen gas, represent the most recent breakthrough.

Water and energy are two inseparable commodities, which greatly influence the growth of human civilization. The worldwide population is estimated to reach 9.7 billion by 2050, while worldwide energy consumption is expected to exceed 736 quadrillion of British thermal units (BTUs) by 2040 [1]. Water is an important natural source for all life forms on Earth, and their quality of life is determined by its availability and quality [2][3]. The supply of clean water is essential for the establishment and maintenance of different human activities including households, agriculture, and industries. Freshwater is becoming one of the scarcest resources in recent years due to the increase in the world’s population and industrial activities [4]. The environment-related concerns due to the emission of greenhouse gases (GHGs) from fossil reserves has resulted in a paradigm shift in industrial business strategies to design new configuration systems for wastewater treatment along with the production of green biofuels [5]. Some of the major concerns for government bodies all around the world are the increasing global population, improving their living standards, environmental change, and enhancing water demand for energy generation [6].
Wastewater is a complex mixture of diverse categories of pollutants [7]. There are several forms of water contamination such as nutrient contamination, surface water contamination, oxygen depletion, groundwater contamination, microbiological contamination, suspended matter, chemical water contamination, and oil spillage, since water originates from many sources. Wastewater generated from various effluents needs to be treated before its recycling and reuse. Wastewater is rich in nutrients and its release in the open may cause eutrophication and pose a threat to flora and fauna. Wastewater also contains many unwanted chemicals and pathogens and is able to cause gastroenteritis, skin infections, and leptospirosis-like diseases [8]. Traditionally, the main purpose of wastewater treatment was to protect downstream users from health risks using various physical (grit and flotation) and chemical (neutralization, flocculation, oxidation, etc.) methods. These methods are all expensive and result in sludge production and secondary water pollution [9]. Water reservoirs are becoming more contaminated as a result of rising levels of micropollutants such as medicines, organic polymers, and suspended particles. Powdered activated carbon (PAC) has been shown to be a viable option for water filtration with little environmental effect [10]. H2 was formerly created using a variety of thermochemical, electrolytic, and photolytic techniques. Heat and pressure are used in thermochemical procedures to disrupt molecular bonds. Electrolysis is the process of breaking water into its parts using electricity. H2 is extracted from microorganisms via photolytic reactions. Furthermore, thermochemical processes need fossil fuels as raw material, whereas electrolytic and photolytic processes need a lot of energy and are, thus, quite costly [11][12]. Fossil fuel burning emits greenhouse gases (CO2, SO2, and NOx) and toxic pollutants such as polycyclic hydrocarbons, mercury, and volatile chemicals responsible for global warming, with a negative effect on human health [13].
Biological hydrogen generation is required to solve the thermodynamic and environmental issues by utilizing wastewater for hydrogen production with simultaneous wastewater treatment. When biomass is employed as a raw material, the organic compounds dissolved in the wastewater have a high energy state, making mechanical combustion difficult. The raw ingredients such as various types of wastewaters, lignocellulosic biomass, and organic compounds, utilized in biological hydrogen generation are readily accessible, cost-effective, and waste from other sectors.
Although different kinds of water electrolysis technologies have been established, further development is needed before they can be incorporated into large-scale, cost-effective electricity networks. For example, according to a recent techno-economic study, water electrolysis utilizing solar energy is still not economically viable when compared to hydrogen generation from fossil sources. Microbial electrolysis is considered to be a valuable, novel approach within this framework. Microbial electrolysis cells were originally suggested in 2005. Microbial electrolysis cell technology provides a dual advantage of gaseous energy production and organic waste treatment in these circumstances [14].

The properties of wastewater differ depending on its source. There are various sources of wastewater such as industrial wastewater, solid waste and sewage disposal, arsenic contamination of groundwater, underground storage, tube leakages, and inadequate sanitary facilities, which directly affect our environment.

Industries generate a huge amount of garbage, which is full of harmful chemicals and contaminants including antibiotics, polyphenolic compounds, and Azo dyes. It is one of the primary causes of contamination in the water environment. Over the past century, a significant volume of agricultural wastewater has been dumped into waterways, wetlands, and marine areas. Industries such as pharmaceuticals, food, pulp and paper, textiles, tannery, pesticides, dyeing, and painting are the most significant sectors for water contamination. Industries discharge a huge amount of unprocessed industrial waste into the rivers knowingly or unknowingly and trigger pollution all over the country [15].

Comparatively, a significant concentration of carbohydrates (2300–3500 mg·L−1), sugars (0.65–1.18%), proteins (0.12–0.15%), and starch (65–75%) in starch processing wastewater (SPW) is discharged, which is an essential energy-rich source that can be transformed into a broad range of usable products [16]. SPW was used as a substrate to feed an energy-producing microbial consortium, achieving power generation of 0.044 mA·cm−2 in combination with a drop in chemical oxygen demand (COD) in 6 weeks from over 1700 mg·L−1 to 50 mg·L−1 [17]. Wastewater from breweries as a substrate in MFCs has become another favorite amongst investigators, largely due to its weak strength. While the composition of brewery wastewater differs, it is usually nearly 10-fold higher in concentration than domestic wastewater on the scale of 3000–5000 mg COD·L−1 [18].

Substrates such as cellulose and chitin are inexpensive biopolymeric resources that can be utilized for power generation and are easily accessible. In industrial and municipal wastewaters, these green materials also constitute a major portion of organic compounds [19]. Only a few reports on the usage of these particulate substrates in MFCs have been performed. The microorganism must be able to anaerobically hydrolyze cellulose and be electrochemically active, using an electrode as an electron acceptor, thus oxidizing cellulose hydrolysis metabolites for specific processing of cellulose to generate hydrogen in MECs.

Landfill leachates are extremely contaminated landfill wastes comprising four main classes of contaminants with a diverse composition: dissolved organic and inorganic biocomponents, heavy metals, and organic xenobiotic compounds [20]. Habermann and Pommer initially documented the usage of landfill effluent in a biofuel cell for removal of COD, but no current output values were listed [21].

1.2. Need for Hydrogen as a Biofuel

When compared to conventional carbon-based fossil fuels, hydrogen as a biofuel is more efficient in supplying energy. Biohydrogen is what we term hydrogen that is generated using biological routes and biotechnological principles [25]. The current analysis focuses on the mechanisms that produce hydrogen, the biology that underpins them, and the use of wastewater to produce hydrogen. It is a viable option since it is easy to make from renewable resources and can be utilized in high-efficiency fuel cells. Hydrogen is now created using a variety of thermochemical, electrolytic, and photolytic techniques [13]. The traditional practices mentioned above, on the other hand, are harmful to the environment in terms of GHG emissions. Thermochemical processes use fossil fuels as a source of energy, while electrolytic and photolytic processes need a lot of energy and are, thus, quite costly [26].
The biological synthesis of hydrogen is required to solve these difficulties and reduce negative environmental repercussions. The organic elements dissolved in wastewater are in a high-energy condition when biomass is employed as a source material. As a result, they are difficult to combust mechanically. This is the point at which we must depend on biological techniques to generate H2. The most favored technique of dark fermentative biohydrogen generation is restricted by the thermodynamic barrier.

With the ever-rising energy demand, hydrogen can potentially be an alternative efficient and clean fuel replacement of the conventional ones [27]. An innovative approach to solve the issue of waste generation would be to utilize commercial and residential wastewater for producing electricity [28]. Biohydrogen production can come into action via four processes: (a) bio-photolysis, (b) dark fermentation, (c) photo fermentation, and (d) microbial electrolysis, as described below.

Bio-photolysis in a biological system generally means the dissociation of the water molecule in the presence of light (photons). In such a lytic process, photosynthetic microorganisms such as microalgae and cyanobacteria are involved, whereby photosystems (PSI, PSII) absorb light energy and the excited electrons pass through a sequence of energy carriers, eventually receiving two protons when a water molecule splits [27], as depicted in Figure 1. 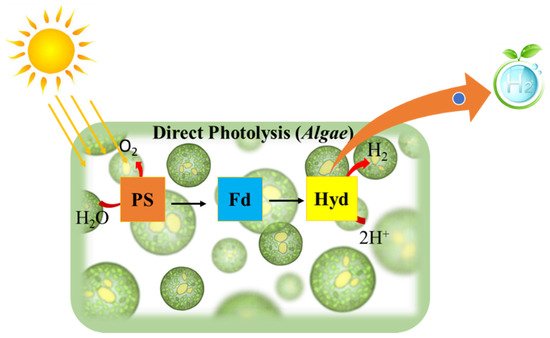 Figure 1. Schematic representation of direct photolysis for hydrogen production.
In the direct process, the system follows the following reactions:

Although photoproduction of hydrogen in the biosystem is environmentally friendly and can be undertaken by partial activation of photosystem II in Chlamydomonas spp., it is not economically feasible because it is inefficient for development at the industrial level. When discussing the drawbacks of this mechanism, many physiological factors are taken into consideration, such as hydrogenase O2 sensitivity, competition with other metabolic pathways, downregulation of electron transport by non-dissipation of a proton gradient, and performance under non-saturating illumination [29].

Dark fermentation (DF) is a process involving fermentation by dark-adapted microbes of carbohydrates under anoxic conditions to give H2 as a resulting product along with acids, as illustrated in Figure 2 [27]. Studies have shown that Clostridium spp. can use a wide variety of sugars, making it a possible candidate to form H2 from wastewater at a large scale [30]. The lowered pH due to acid output hampers the generation of H2. 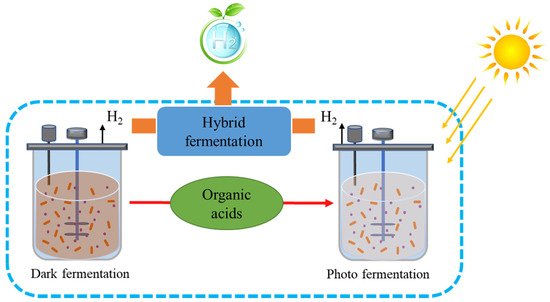 Figure 2. Diagrammatic representation of dark and photo fermentation (hybrid process).
A major economic emphasis is on biological H2 production from wastewater using dark fermentation. The H2 production system has many similarities with methanogenic anaerobic digestion, notably, the two gaseous compounds that can be separated from treated wastewater. The mixed microbial population present in both bioprocesses have the same properties but exhibit one major difference in biological H2 production: bacteria such as homo-acetogens and methanogens inhibit hydrogen formation. To destroy these microbes, heat treatment is required without affecting spore-forming fermenting bacteria. Other approaches include high dilution rates or low pH for higher activity of the reactor and optimized operating environmental conditions to maximize the output of hydrogen. Unfortunately, the production of bio-H2 depends on a comparatively limited volume of the overall equal H2 present in wastewater. We cannot estimate recovery efficiency in high-carbohydrate wastewater to surpass 15% of the electron equivalent, under optimized conditions. Therefore, various researchers have performed two-step processes that involve the development of bio-H2 via methanogenic anaerobic digestion to increase the overall energy output of the process. Methanogenic anaerobic digestion, as described later, is a useful and convenient process. Another promising technique is the conversion of methane to H2 via a catalytic method. Therefore, H2 production through the direct method is somewhat limited to the pretreatment step in large-scale energy production, while the discharge of H2 gas through plastic enclosures and thin metal sheets represents another limitation because of the high diffuse rate of H2 [31]. To increase the overall hydrogen yield, hybrid processes are also suggested, whereby organic acids produced in dark fermentation can be used as a feedstock in photo fermentation to produce hydrogen (Figure 2).

The process of photo fermentation involves organic/inorganic substrate oxidation in the presence of O2 to release electrons that end up reducing ferredoxins. These reduced ferredoxins are related directly to the production of H2 and to the fixation of CO2. The following reaction takes place:

Although this process has advantages such as enhanced potential conversion yields and the ability to absorb a wide variety of substrates, there are drawbacks such as continuously regulated area/volume ratio maintenance in photobioreactors, temperature control, and controlled agitation. For the development of bio-H2 from wastewater, various types of reactor systems such as batch and continuous reactors are used, with each configuration providing its advantages and disadvantages [32].