Table 1. The comparison of different generation of gene sequencing.
The estimated cost in a, b, c excludes the cost for labor, instrumentation, maintenance, and computer resources. a Illumina NovaSeq 550 works in single-end mode. b PacBio Sequel II works in HiFi mode. c ONT PromethION works in long mode. d The cost was calculated by the HCV genome from [18] and the cost includes the operating costs. Data in the table comes from [18][19][20].

There are several kinds of nanopore sequencing platforms, including ONT, NabSys, and Sequenom [21]. ONT uses biological nanopore to get the sequence of DNA or RNA. Different from ONT, NabSys uses solid-state nanopore to sequence and it can also reconstruct the DNA map by using the short DNA probe. As for nanopore sequencing technology of Sequenom, it uses a readout system technology for single DNA molecules based on simultaneous optical probing of multiple nanopore.

Nanopore-based technologies originated from the Coulter and ion channels [22], which could be traced back to the 1990s [1]. Nanopore technology is done by applying a cathode and anode to the solution on the forward and reverse side of the membrane, respectively. Negatively charged biomolecules, such as DNA, can be placed on the forward side and these molecules can pass through pores in the membrane under the electrophoretic force with applied voltage. When different molecules translocate through the pores, the current level can be captured and be further used for calculation in computer-aided tools.

The category of nanopore used in nanopore technology can be divided into two parts, solid-state nanopore and biological nanopore. We first provide a brief overview of these nanopores in the following part.

Solid-state nanopore can be fabricated using different methods, such as controlled breakdown, electrochemical reactions, laser etching and laser-assisted controlled breakdown [23]. It breaks the limit of natural occurring nanopores and has many advantages, such as very high chemical stability, control of diameter and channel length, adjustable surface properties, and the potential for integration into devices and arrays [24][25].

Si3N4and SiO2nanopores are one of the most widely used nanopores and their fabrication is compatible with the complementary metal oxide semiconductor industrial integrated circuit processes [26]. These nanopores can be ion etched in free-standing Si3N4and SiO2films, using argon ion beam or electron beam [27].

Biological nanopore comes from natural protein molecules or artificial nanopores generated by genetic engineering [28]. However, the biological nanopores are frail with features such as short lifetime, intrinsic instability, and strict requirement of a specific environment, which are not able to support a biosensor’s long-term operations.

ONT is a single molecule sequencing technology based on nanopores. The updated platform, PromethION, was released in 2015 with improved throughput. Two versions of PromethION, naming ProtheION 24 and 48, integrate 24 and 48 flow tanks, respectively. With the booming numbers of flow tanks compared to MinION, the PromethION system could output up to 7.6 Tb data while MinION could only generate 50 Gb within 72-h operation.

There are three forms of nanopore sequencing, 1D, 2D, and 1D2. After completing the sequencing of one strand, the sequencing of the other strand begins immediately. In this way, it is equivalent to repeat the sequencing twice, which can be used for base correction. 1D2is similar to 2D, whereas it doesn’t need hairpins to physically bind the two strands of DNA together.

The reaction system for nanopore sequencing is carried out in a flow cell, in which two ionic solution-filled compartments were separated by membranes containing either 2048 (MinION) or 12,000 (PromethION) nanopores. The process of nanopore gene sequencing can be divided into three parts, library preparation, sequencing process, and basecaller.

The preparation of the library is crucial for the subsequent work of nanopore sequencing. The DNA fragments should be repaired whether it has been sheared or not. When repairing, the repaired connector is a DNA-protein complex with a polymerase or helicase on the complex.

Figure 1 shows the schematic process of sequencing. When the DNA-protein complex approaches the nanopore, the enzyme binds to a single stranded leader at the end of the double stranded DNA template, unzips the double strand, and feeds a single strand through the nanopore. A single molecule with high specificity can interfere with the current when the unzipped DNA long strand passing through the nanopore one base at a time. These current signals can be used to determine the type of base. 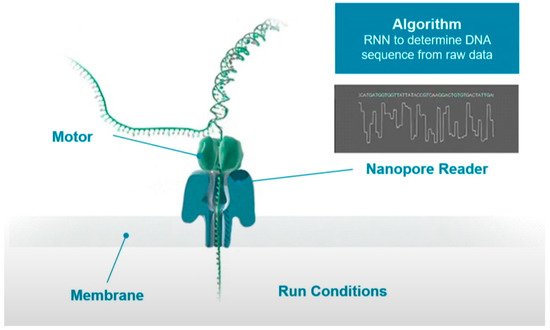 Figure 1. The process of nanopore sequencing [35].

In the process of base readout, owing to the difference in the charge and structure of nucleotides when they translocate through the nanopore, the measured current would cause small disturbance. These electrical signals can then be translated into DNA sequences with the deep learning algorithms. However, the readout signals are noisy and random as these signals are originated from more than one molecule in the nanopores, which is difficult for the basecaller.

In addition, the resistance of the hole is determined by the bases of multiple nucleotides located at the narrowest point of the hole [36]. Being the last step for the interpretation of the entire DNA sequence, the data analysis using deep learning is challenging, which requires efficient algorithms and large amount of data for computational training.