Figure 1. The comparison between CCRs and rigid serial robots.

2. Trends and Classifications of CCRs

The development of CCRs is shown in Figure 2 from 2000 to 2021. The prototype of CCR was introduced in 2000. It consists of elastic springs, rigid disks and rotational joints, and it is driven by cables [14]. During the following years, there was little research about CCRs from 2002 to 2013, but since 2014, there was a rapid increase in research of CCRs, as shown in Figure 2, and the cumulative results can also be seen. 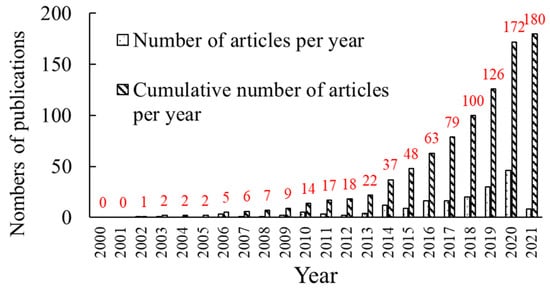 Figure 2. The numbers of publications about CCRs per year.
CCRs are divided into eleven types according to basic transmission units, as shown in Figure 3. Soft-tube CCRs belong to soft CCRs, while others belong to semi-soft CCRs. Backbone, soft-tube, concentric-tube and spring CCRs account for a large proportion, followed by compliant-joint, bellow, origami and hybrid CCRs, and the rest of the types are analysed by researchers recently. Their characteristics and problems are summarised in Table 1, which are detailed in the following Sections.

Figure 3. The numbers of publications about different CCRs from the literature review.
Table 1. Descriptions of CCRs.

Figure 4. Backbone CCRs: (a) A robot with a centre backbone [15][38][39][40], (b) a robot without a central backbone [27] and (c) notched backbones [37].
The metrics of the backbone are as follows. The distance between two disks can be evenly distributed. The continuous configuration of backbones benefits kinematics modelling. If the backbone has multi-segments, all the endpoints of different segments can be on the same curve, which is easy to correct the curve closing to desired one [19]. The rigidity of the backbone CCR can be adjusted by two methods, including increasing the number of secondary backbones [27] and inserting a rod moving in the centre backbone tube [6][35][41]. The effective bending section of the backbone CCR is controllable by regulating the inserting length of the rod. However, the torsional rigidity of the backbone CCRs is necessary to be enhanced to avoid a low payload and a small stiffness control range [42].

Soft-tube CCRs are the softest type among the CCRs, shown in Figure 5. The soft-tube CCR in Figure 5a [43][44] has a silicone tube, which is actuated by pneumatic, shape memory alloy and multi-embedded tendons. The soft-tube CCR in Figure 5b [45] has a silicone-backbone shape, consisting of a free chamber, six actuation chambers and three driving cables. Its stiffness can be regulated by the pneumatic pressure. The catheter has a sub-millimetre size, shown in Figure 5c, and it is usually made of urethane rubber [46] and polymer [47]. The stiffness of the soft-tube CCRs in Figure 5a,c is less rigid than that of Figure 5b. On the other hand, soft-tube CCRs can be actuated by driving cable, pneumatic champers, shape memory alloy, or electro-polymer. The first two drive systems have higher ratios of power to weight than others. A soft-tube CCR always requires a compliant actuator with a high ratio of power to weight than other CCRs, due to the hyper-redundant DOF [48], so cables and pneumatic champers are commonly used in soft-tube CCR.

Figure 5. Soft-tube CCRs: (a) A silicone-tube CCR [43][44], (b) the cross section of another silicone-backbone CCR [45] and (c) a catheter CCR [46][47][49][50][51][52].
Soft-tube CCRs have a large elastic deformation and hyper-redundant DoFs. However, their higher compliance reduces the rigidity and positioning accuracy significantly [53]. The lack of rigidity of soft material can result in buckling and strong nonlinearities of the kinematic model. In 2018, Li et al. tried to avoid buckling by optimising controlling models [54]. Soft skin is easy to be torn and punctured, so Wang et al. combined different types of fibres into the silicone to improve their strength and durability [55].

Figure 6. A two-tube concentric-tube CCR [60][61].
The main advantage of concentric-tube CCRs is the sub-millimetre body with enough stiffness, such as a 0.8 mm-diameter tube [62], which leads to a lower infection possibility during the surgery. However, the kinematic analysis is difficult for the special actuation. If the stiffness of these tubes is not comparable, or elastic energy storage occurs in high tube curvatures, the rapid snapping problem may happen [62]. The snaping problem means the CCR snaps quickly from one configuration to another with the energy released suddenly [63]. The concentric-tube CCR should be snap-free to avoid serious harm to patients [64]. In addition, they have limited variations of resultant curvatures as the tubes are pre-curved, so the minimum requirement for the concentric-tube CCRs is to extend into the body smoothly [58][65][66]. The frictions between tubes should not be neglected [64][67][68]. 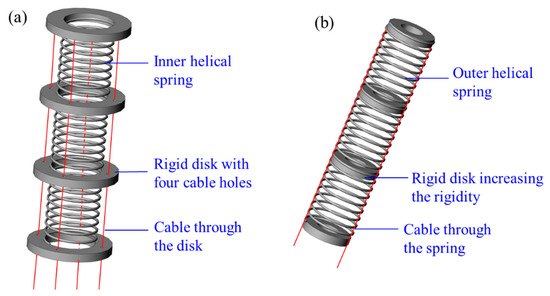 Compliant joints are designed with elastic blades, wire beams, and rigid disks. Blades and wire beams are commonly made of NiTi [12] and polyethylene [81]. Most disks are made of acrylonitrile butadiene styrene (ABS) material for lightweight, and they can constrain cables [82] and increase the rigidity of CCRs [79]. The geometric difference between blade and wire beams is the ratio of width to thickness. The ratio of a blade is larger than 10, and that of a wire beam is equal to 1. Figure 8 shows the compliant joints, and they can be arranged in series to form a CCR. The compliant-joint CCRs are actuated by cables or backbones, and their curves are varied with the rotations and translations of the elastic blades or wire beams. 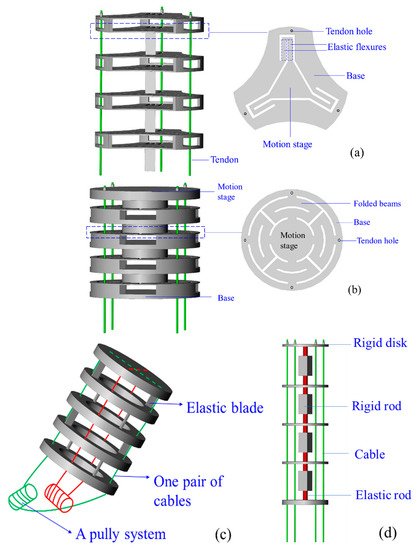 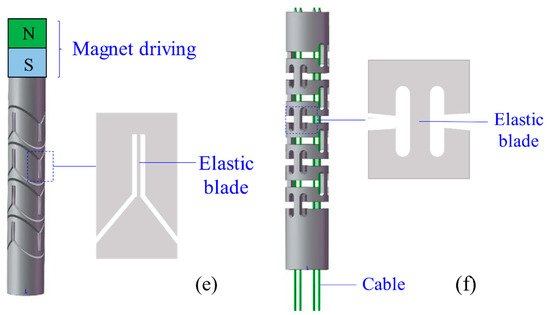 Figure 9 shows a segment of a bellow CCR. Most bellow CCRs are made of polyamide, and they are actuated by pneumatic or hydraulic pressure with a cables-driven assistant. They can expand or elongate with variable curves as expected by pulling or pushing cables when bellows are filled with air. 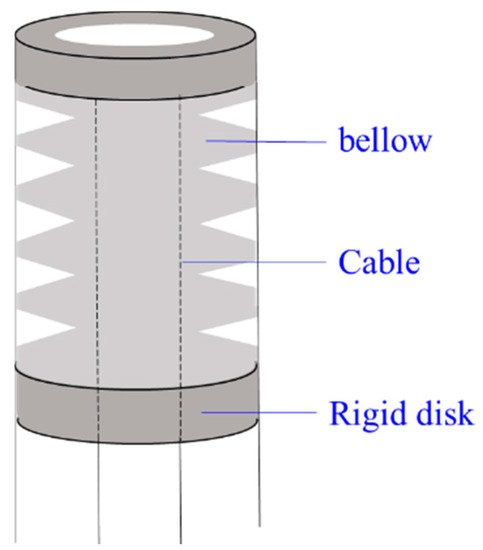 Figure 9. A bellow CCR with cable-driven system [88].
Bellow CCRs are lightweight with a smooth curvature. Another advantage of the bellow is to be employed as an anti-buckling support structure if they are made of NiTi material [31], as NiTi is more rigid than polyamide with enough elasticity. However, bellow CCRs are sometimes unreliable for the non-stationarities during pneumatic or hydraulic actuation [89]. The rigidity of polyamide bellow CCRs is relatively low, so the disks are usually added around the bellow to increase the rigidity [90].

Mirror folds, water bomb, folds and reverse folds are basic folds for origami continuum robots. Origami CCRs are made of photopolymer resin or sticky polyamide film [91], which are driven by cables [92][93] as shown in Figure 10. Each crease of the origami can be regarded as a 360-degree revolute joint, so Origami CCR has two types of body shapes, including a 2D shape and a 3D shape. They can go through a constrained environment in a smaller 2D shape and morph into a 3D device. If they are applied in minimally invasive surgery, the possibility of infection decreases.

Magnetic CCRs are another type of sub-millimetre continuum robots, including permanent-magnet-joint CCRs [94] and magnetic-fluid CCRs [13]. Permanent magnets and magnetic fluids are controlled in the magnet field without any actuation wires. A permanent-magnet-joint CCR is shown in Figure 11. The elastic beams are actuated by the interactions of N and S poles. As for magnetic-fluid CCRs, the magnitude of the magnet field affects the viscosity of the magnetic fluid, and the viscosity can be close to the solid viscosity with the increase of the magnitude. Magnet CCRs can also be mounted on medical devices and serving as a guide. 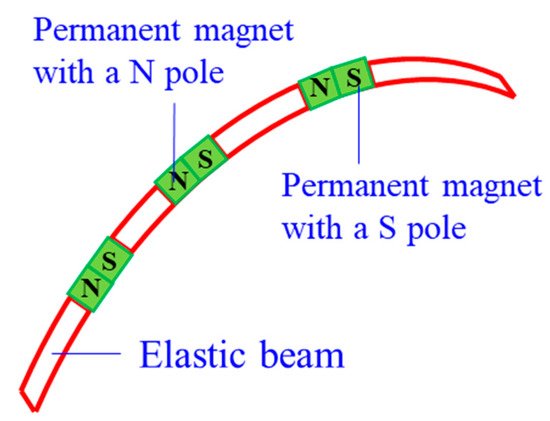 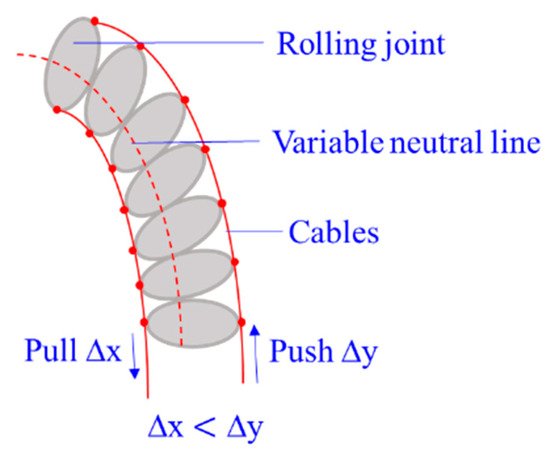 Braid CCRs are inspired by human muscles, which are braided with non-extensible, but flexible fibres in helical arrays. They can extend, contract and bend by actuating embedded radial and longitudinal tendons [97], and they can also be actuated by the pneumatic artificial muscles [98]. They can vary stiffness by antagonistically actuating actuators or increasing the pneumatic pressure. The size of this robot is not miniature, ranging from 10 cm to 27 cm.

Hybrid CCRs are designed for complementing the shortcomings of a basic unit with the merits of another. Figure 13 shows the eight types of combinations of the different basic units. Most hybrid CCRs consist of a backbone due to the continuous shape.

Figure 13. Combinations of different basic transmission units for the hybrid CCRs.
Concentric-tube CCRs can be submillimetre, but they have limited resultant curves and snapping problems. Backbone CCRs are flexible, but the coupling between different segments of a backbone CCR is still a challenge. Wu et al. [99] introduced a backbone-concentric-tube CCRs, whose dexterity is improved and the size is submillimetre. They analysed three combinations of the backbone-concentric-tube robot, as shown in Figure 14. The results show that design II can avoid snapping and coupling of different segments compared with others. 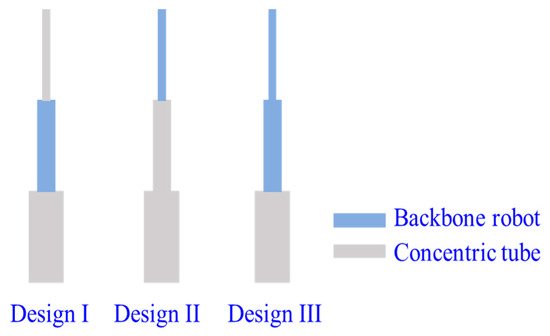 Figure 14. Three designs of the backbone-concentric-tube CCRs [99].
The nickel bellow has much higher rigidity than a polyamide bellow. The torsional rigidity of the backbone CCRs is relatively low. Xu et al. introduced a backbone-bellow CCR, whose nickel bellows wrap outside of the backbones [31]. The torsional rigidity of the backbone CCR is enhanced more than four times when a nickel bellow is integrated, and the bending capabilities are not compromised.
Sharp bending is a challenge for concentric-tube CCRs. To maintain the miniature size and enable sharp bending, Francis et al. [77] introduced a new asymmetric notched backbone-spring CCR, where a helical spring wraps outside of a notched backbone tube, as shown in Figure 15. The helical spring is also used to confine the cables. 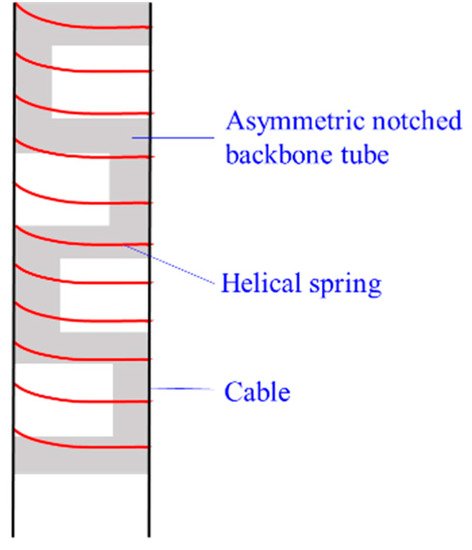 Figure 15. The design of the notched backbone-spring CCRs [77].
Xing et al. [100] designed a soft tube-spring CCR, which is super flexible and driven by cables. The spring is employed for confining cables. It is different from the above hybrid CCRs as the spring is in the silicone tube, as shown in Figure 16. 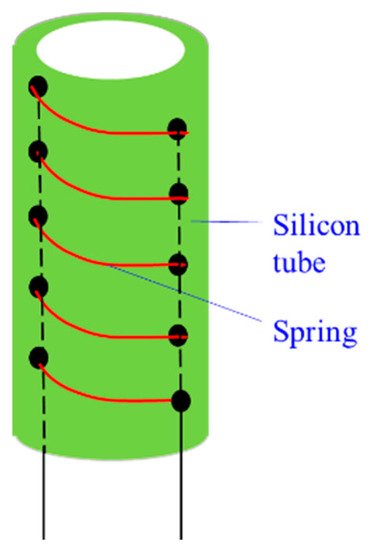 Figure 16. The soft tube-spring CCR [100].
Li et al. presented an origami gripper with soft silicone skin [101]. This gripper is actuated by pneumatic, which can catch different things without shape requirements. This is not a CCR, but it is promising to similarly design a silicone-origami CCR in the future.

Drive systems depend on the basic transmission units of CCRs significantly. Most semi-soft CCRs can be actuated by backbones or cables. The main difference between the backbone-driven and the cable-driven system is as follows. The minimal number of backbones to bend a CCR in any direction is two, but that of cables is three. The reason is a backbone can be compressed and extended, while a cable cannot be compressed. The third actuating backbone or the fourth cable can be employed as the actuation redundancy [102]. A pully system usually actuates one pair of cables, which motivates Dong et al. to present a spooling system (i.e., twin pully systems) to minimise the size of the actuation system significantly [103]. In addition, cable tension is required to be calculated for avoiding cable slack [12], and the backbone-driven system does not have this problem.
Most soft CCRs are actuated by pneumatic and hydraulic pressure, which can modify the length of chambers by varying the air or fluid pressure in the chambers [90]. Cable-driven assistance is usually used for soft CCRs. Shape memory alloy (SMA) and electroactive polymer (EAP) are also used in CCRs. Shape memory alloy can change into a certain shape when the temperature reaches the critical temperature [73][104][105]. Electroactive polymer is a special material that contracts and extends by soft embedded compliant electrodes [106][107]. The advantages and disadvantages of different drive systems are summarised in Table 2.
Table 2. Summary of different drive systems.