Cholangiocarcinoma (CCA), an aggressive malignancy, is typically diagnosed at an advanced stage. It is associated with dismal 5-year postoperative survival rates, generating an urgent need for prognostic and diagnostic biomarkers. MicroRNAs (miRNAs) are a class of non-coding RNAs that are associated with cancer regulation, including modulation of cell cycle progression, apoptosis, metastasis, angiogenesis, autophagy, therapy resistance, and epithelial-mesenchymal transition.

Cholangiocarcinoma (CCA) includes a diverse group of biliary epithelial malignancies that involve all points of the biliary tree.Depending on the anatomic location, CCAs are classified into three subtypes: intrahepatic (iCCA), perihilar (pCCA), and distal (dCCA) [1][2]. Among them, pCCA and dCCA are also referred to as “extrahepatic CCA” (eCCA).pCCA, the most common CCA, accounts for 50–60% of all CCAs, followed by dCCA, which accounts for 20–30% of all cases [1]. iCCA is the second most common primary liver cancer after hepatocellular carcinoma (HCC) and accounts for 10–15% of all primary hepatic malignancies [3]. Additionally, a rare type of primary liver cancer, mixed hepatocellular cholangiocarcinoma (HCC-CCA), accounts for <1% of all cases according to the World Health Organization (WHO) [4](Figure 1). 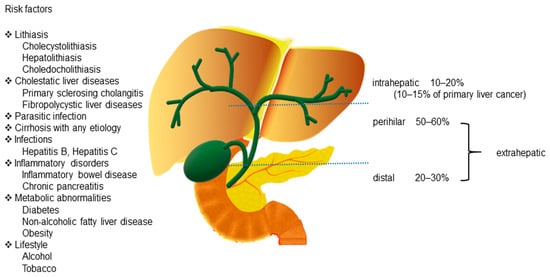 Figure 1. Anatomical classification of cholangiocarcinoma and its risk factors.

CCAs are aggressive tumors that account for approximately 3% of all gastrointestinal cancers [5]. CCAs are usually asymptomatic in the early stages and are typically diagnosed at an advanced stage. Although surgery is a therapeutic strategy for patients with CCAs, the 5-year postoperative survival rate (7–20%) remains low because of the challenge of diagnosing patients at an early stage [1][6]. Therefore, developing advanced diagnostic techniques and exploring the mechanisms underlying CCA development and progression can be effective approaches to improve the outcomes for patients with CCA.

MicroRNAs(miRNAs) are small, non-coding RNAs with a 17–25 nucleotide length [7]. miRNA biogenesis is a multistep process that is categorized into: transcription, nuclear cropping, export to cytoplasm, and cytoplasmic dicing [8]. miRNA genes are transcribed as primary RNA (pri-miRNA) by RNA polymerase II (pol-II) and are processed by Drosha, a nuclear enzyme of the RNase III family, in the nucleus to release a hairpin-shaped precursor called “pre-miRNA”. Pre-miRNA is recognized by Exportin 5/Ran-GTP transporter and is exported from the nucleus to the cytoplasm. The pre-miRNA is then cleaved by Dicer and the TAR RNA-binding protein to produce a miRNA duplex, which is then loaded onto the Argonaute (AGO) protein to assemble the RNA-induced silencing complex (RISC). One strand remains on the AGO protein to form the mature miRNA, while the other strand is degraded. The mature miRNA represses gene expression by interacting with the complementary sequences in the 3′-untranslated region of the target mRNAs [8][9][10] (Figure 2). Over 5000 miRNAs from diverse organisms are registered in online databases, such as the miRBase (www.mirbase.org, accessed on 9 May 2021). In humans, approximately one-third of the miRNAs are organized in clusters and contain two or more miRNAs with similar sequences [11], possibly leading to combinatorial diversity and synergy in the biological effects of the miRNAs. Furthermore, approximately 30% of the human genes are regulated by miRNAs via signaling pathways [12]. 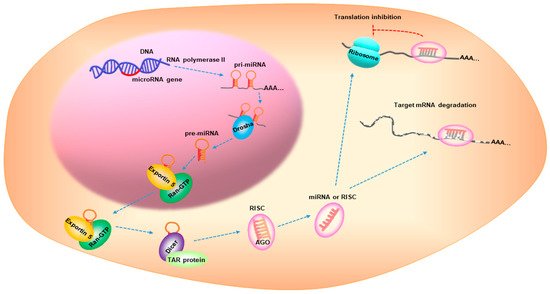 Cancer is a complex genetic disease associated with gene mutations and deregulation of the gene expression. During the last decade, many studies have focused on miRNAs and cancer and have highlighted the impact of miRNAs on gene expression. In this review, we have comprehensively discussed the association between miRNAs and CCA; we have also summarized the roles of miRNAs in the pathogenesis of CCA, their potential use as biomarkers of diagnosis or prognosis, and their possible use as novel therapeutic targets in CCA.

The mortality rates of iCCA have increased globally in recent years, with the highest rates reported from 2010 to 2014 (1.5–2.5/100,000 in men and 1.2–1.7/100,000 in women) based on the data of 32 selected countries from the WHO and Pan American Health Organization databases [13]. In addition, in Japan, the mortality rate associated with eCCA is 2.8/100,000 in men and 1.4/100,000 in women [13]. The data from the National Center for Health Statistics between 1999 and 2014 in the USA showed that CCA mortality was 36% higher in patients with age >25 years, and the mortality was lower in females than in males (risk ratio [RR] = 0.78, 95% confidence interval [CI] = 0.77–0.79)[14]. Differences in CCA incidence rates have been reported among different racial and ethnic groups, with the highest rates reported in Southeast Asia and the lowest in Australia [15]. A study in Western Europe indicated that the incidence rates of iCCA increased considerably between 1999 and 2009, especially in the population in the age group of 45–59 years [16].In contrast, research from the USA has shown that the incidence of iCCA has remained stable from 1992 to 2007; whereas, the incidence of eCCA has been increasing considerably [17]. In Japan, from 1976 to 2013, a total of 14,287 cases of CCA have been identified, and iCCA was more likely to develop in younger patients. The prognosis of iCCA was poorer in comparison to that of eCCA; however, the prognosis of both iCCA and eCCA cases improved after 2006 [18].

3. The Role of miRNAs in CCA 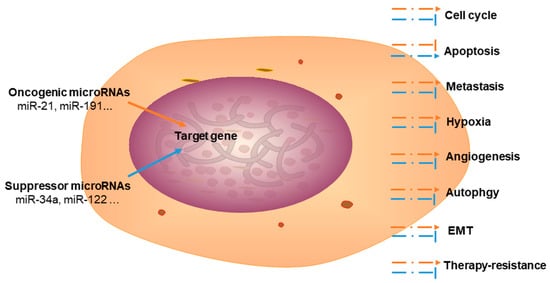 Figure 3. The functions of oncogenic and suppressor microRNAs in cholangiocarcinoma. EMT, epithelial-mesenchymal transition.

CCA is commonly diagnosed through a combination of clinical details, biochemical information, radiological imaging, and histology. Histology is usually considered as the “golden standard” to confirm a diagnosis. Radiological imaging techniques, such as ultrasound, computed tomography, magnetic resonance imaging/magnetic resonance cholangiopancreatography, and positron emission tomography, have been used to diagnose CCA subtypes.

Carbohydrate antigen 19-9(CA19-9), a non-specific tumor biomarker, helps in the diagnosis of CCA; however, this biomarker lacks sensitivity and specificity, particularly in the early stages of CCA [2]. Most patients with early-stage CCA are usually asymptomatic, and are thus, diagnosed at an advanced stage. Tumor biomarkers have been widely used to improve early-stage diagnosis and prognosis prediction. In recent years, many studies have examined miRNAs as potential biomarkers for the early diagnosis and prognosis prediction in case of CCA (Table 3).

Table 3. The expression levels of potential miRNA-based biomarkers in cholangiocarcinoma.

Studying the biological functions of miRNAs, especially their roles in malignancies, is a growing field of research. miRNAs have been reported to play key roles in tumorigenesis, cell proliferation, apoptosis, metastasis, angiogenesis, EMT, and autophagy. In this review, we summarized the functional roles and related target genes of oncogenic and suppressor miRNAs implicated in the development and progression of CCA. Dysregulated expression of miRNAs in CCA has been utilized as potential biomarker for clinical diagnosis and prognosis prediction. Furthermore, miRNAs and their target genes contribute toward the development of targeted therapy and determination of drug resistance mechanisms. Although accumulating evidence has demonstrated that miRNAs may be potential biological targets for CCA treatment in preclinical studies, they are not yet suitable for clinical practice because of tumor cell heterogeneity as well as the complexity of the in vivo environment and miRNA functions. Meanwhile, determining drug delivery approaches, evaluating efficacious doses, and predicting off-target effects remain obstacles that prevent the clinical application of miRNA-based therapy. Further research and analyses of miRNAs will provide more evidence and novel insights into the pathogenesis of CCA and will prove to be useful for the diagnosis, therapy, and prognosis prediction in patients with CCA.