In many cases, diabetes mellitus (DM) leads to several complications, of which diabetic foot (DF) is one of the most frequent [1]. It likely begins with the onset of diabetic neuropathy (DN) and peripheral arterial disease (PAD) [2].Unless this situation is prevented, it can result in diabetic foot ulcers (DFUs), which tend to become infected and show poor healing [3][4]. The risk of developing wounds is 25% higher in a patient with DM [5]. The most advanced stage of DFU often requires lower limb amputation, and this is an important source of diabetes mortality [6]. Along with the mortality and morbidity of DFUs, the economic consequences are high. In Europe, the cost of treating DFUs varies from approximately 4500 to 16,800EUR per patient [7].
DF is associated with a low quality of life, since physical disabilities and mood disturbances (among other situations) are frequent [8]. Psychological disorders, such as anxiety and depression, are also not uncommon [9]. Pain is another important factor affecting quality of life, caused by the existence of DFUs, DN and PAD symptoms [10][11], phantom limb syndrome [12] or the combination of all of these.
One of the most important biological processes to ensure quality of life is sleep, which can be altered due to sleep disorders, lifestyle, psychosocial and environmental factors, or medical conditions [13].
In fact, sleep disturbances are identified as a disruptive event that favors the appearance and chronification of pathologies. Furthermore, it has been identified that this disturbance is bidirectional, in the sense that the treatments carried out in patients with chronic pathologies have a lesser effect when they suffer from sleep disturbances [14]. Among the main effects that cause sleep disturbance are depression, fatigue, exhaustion, decreased quality of life and cardiac, systemic and metabolic alterations [14][15]. Specifically, in patients with DM, it has been observed that sleep disturbances cause alterations in glycemic control [16], a fundamental variable in the management of these patients, causing, in the long term, an increase in patients with type 2 DM [17].
Despite the fact that it has been shown that sleep disorders are directly and negatively related to the appearance, capacity for adaptation and response and possibilities of recovery from chronic diseases, to the best of our knowledge, there are no reviews published that study the association between sleep disorders and DF, either directly (due to patho-physiological reasons) or indirectly (due to psychogenic issues derived from the pathology).

The flowdiagram (Figure 1) summarizes the study selection process, specifying the reasons for study exclusion. The main reason for exclusion was the absence of variables related to the sleep cycle or DF in the main objective of the study. There were 12 articles selected that were published since 2009 and included DF and sleep outcome variables. 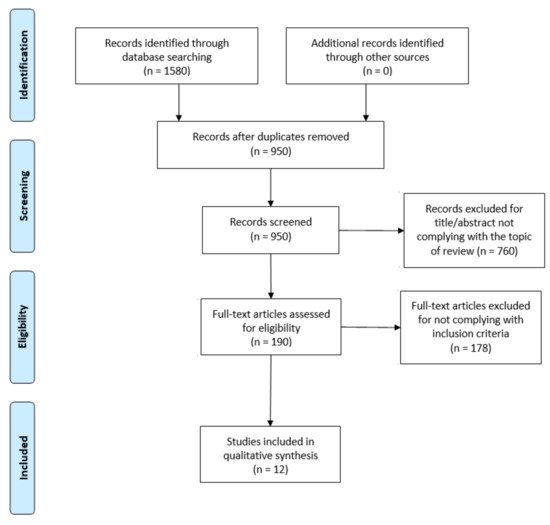 3. Is There an Association between Sleep Disorders and Diabetic Foot? A Scoping Review