The long-chain polyunsaturated fatty acids (LCPUFAs), docosahexaenoic acid,22:6n-3 (DHA), and arachidonic acid,20:4n-6 (ARA) are important nutrients required for fetal brain growth and development. The accumulation of DHA and ARA in the fetal brain predominantly occurs in the third trimester of a human pregnancy. The de novo synthesis of these LCPUFAs seems low in a growing fetus and placenta; the maternal intake of these fatty acids contributes a significant share for brain development.

The long-chain polyunsaturated fatty acids (LCPUFAs), docosahexaenoic acid,22:6n-3 (DHA), and arachidonic acid,20:4n-6 (ARA) are important nutrients required for fetal brain growth and development. The de novo synthesis of these LCPUFAs seems low in a growing fetus and placenta [2]; the maternal intake of these fatty acids contributes a significant share for brain development. Several experimental studies suggested a crucial involvement of these two fatty acids in neural membrane formation and various roles of their metabolites, production of eicosanoids, and their influence on depression- and anxiety-related behaviors. Moreover, multiple trials have found that higher plasma or erythrocyte DHA levels positively correlate with infant neurocognitive outcomes [3][4][5][6][7][8].

High levels of DHA in the brain are achieved during early life and are maintained throughout life. DHA accretion to the brain continues into childhood, and the incorporation of DHA is still high despite its reduced accumulation rate. LCPUFA content in human milk also regulate the amount of DHA and ARA transferred to the infant during breastfeeding [9]. However, this phenomenon may depend on an optimal maternal dietary intake of DHA from the supplement or marine fish [10], whereas ARA levels are usually maintained due to high n-6/n-3 ratios in the diet.

In the central nervous system (CNS), the proportion of DHA with other membrane fatty acids increases as the brain size increases. DHA has significant neurobiochemical roles in ion channel and receptor functions, the release of neurotransmitters, synaptic plasticity, and gene expression in the neurons. Both DHA and ARA of synaptic membrane phospholipids are released as free fatty acids (FFAs) by activated phospholipase A2(PLA2) and are converted to different bioactive metabolites. These liberated fatty acids and the metabolites play critical roles during ischemia seizure activity, inflammation, and other types of brain disorders.

Maternal n-3 PUFA deficiency during pregnancy was associated with impaired brain development in offspring [11] and defective neuroblast migration [12]. The deficiency of n-3 LCPUFAs during development causes hypomyelination in the brain, resulting in mood and anxiety disorders [13][14]. Consuming a diet containing a high amount of n-3 fatty acids during pregnancy protected infants against the detrimental effects of maternal stress [15].

The essentiality of DHA is well recognized in childhood and adult life, as its deficiency causes cognitive decline and other psychiatric disorders [16]. Plasma DHA levels are inversely correlated with depressive symptoms in infants and adolescents with bipolar disorder [17]. Human breast milk containing higher n-3 and n-6 LCPUFAs was associated with decreased infant despair and distress [18]. The impact of n-3 PUFAs in human milk in influencing infant mood or anxiety is still not clearly established, since cortisol levels in milk are also associated with infant temperament [19].

Although n-3 LCPUFAs supplementation is beneficial in preventing and treating major depression, bipolar disorder, and anxiety disorders in adults [20][21], much less is known about how the imbalance of these LCPUFA levels impact the mood and behavior of infants. Studies in experimental models suggested that early exposure to n-3 fatty acids had a lasting effect on temperament and behavioral phenotypes of offspring [22]. Interventional studies in adults also showed an association between the n-3 PUFA status with improved mood and mental health [13][22].

High DHA levels in the phospholipids of synaptic membranes provide membrane flexibility and improve the efficiency of protein–protein interaction necessary for signal transduction [23]. Furthermore, several human brain diseases, such as Alzheimer’s and bipolar disorders, involve disturbed n-3 and n-6 LCPUFA uptake and metabolism. An additional neuroprotective mechanism may involve bioactive molecules derived from DHA and ARA, which are also involved in several cellular neuronal biochemical processes. These bioactive derivatives modify the functions of several genes in the brain by acting as ligands for transcription factors involved in critical brain functions, including signal transduction and synaptic plasticity.

A literature search was performed on the PubMed database by using search terms such as DHA, ARA, brain development, infant, fetal, breastfeeding nutrients deficiency, DHA and ARA supplementation. The articles retrieved in the first round of searches identified additional references by a manual search among the cited references. This review describes the latest development of the interplay of DHA and ARA transfer and their impacts on brain development, their complementarity, the structure–function relationship, and their mechanisms of action in the brain. Moreover, the evidence of the essentiality of ARA in brain development is summarized.

2. Roles of DHA and Its Metabolites in the Brain

120 mediated gene activation to promote anti-inflammatory activities [25][26]. DHA also activates PPARs and upregulates the expression of genes responsible for increasing insulin sensitivity and reducing plasma triglyceride level and inflammation. DHA and its metabolites’ signaling pathways are involved in neurogenesis, anti-nociceptive effects, anti-apoptotic effects, the plasticity of the synapse, Ca2+homeostasis in the brain, and nigrostriatal activities [27]. DHA itself and its metabolites have a broad spectrum of actions at different levels and sites in the brain

DHA-derived specialized pro-resolving mediators (SPMs) such as DHA epoxides, oxo-derivatives (EFOX) of DHA, neuroprostanes, ethanolamines, acylglycerols, docosahexaenoyl amides of amino acids, and branched DHA esters of hydroxy fatty acids play important roles in brain functions [28][29]. As the most demanding by-products of DHA, resolvins are formed by either LOX15 or CYP or aspirin-treated COX-2 activity [30]. Both resolvin D1 and aspirin-triggered resolvin D1 improve brain functions and impede neuronal death by down-regulating several factors such as NFkB, TLR4, CD200, and IL6R [31][32]. However, the functions of other resolvins are still a mystery.

Another SPM, neuroprotectin D1(NPD1), derived from DHA, improves cell survival and cell repair in brain disorders [33]. In response to neuroinflammation, NPD1 is produced from endogenous DHA in the retina and brain [34][35]. Besides antiviral protection, NPD1 helps in neurocognitive functions [36][37][38]. NDP1 blocks the progression of Alzheimer’s disease by stimulating the expression of PPARγ, amyloid precursor protein-α, and reducing the β-amyloid precursor protein [37].Figure 3describes DHA metabolites and their global effects on gene expression and second messenger systems affecting multiple cellular functions in the brain. 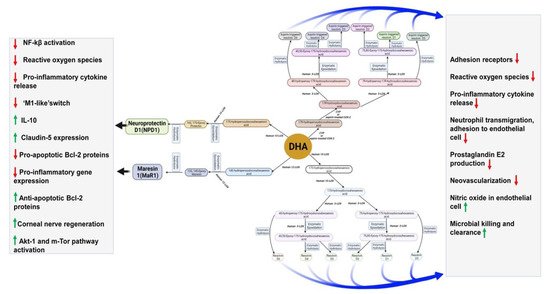 Figure 3. DHA metabolites formation and function in the brain.

Maresin 1(MaR1), neuroprotectin D1(NPD1), and resolvins are produced from DHA by human 12-LOX, 15-LOX, and CYP or aspirin-treated COX-2 enzymatically. These metabolites have multiple functions in the brain, which have been mentioned in the boxes. DHA is metabolized by the P450 system, cyclooxygenase, and lipoxygenase enzymes under different metabolic conditions.

DHA was also shown to improve depressive symptoms of bipolar disorder by increasing N-acetyl-aspartate brain levels without affecting mania [55]. Even IQ outcomes in children and cognitive function in the aging brain are improved by DHA supplementation [2][20]. DHA may modulate the metabolism of cholesterol and apolipoprotein E, lipid raft assembly, and the cell signaling system in Alzheimer’s disease [57][58]. DHA protects neuronal brain function by reducing NO production, calcium influx, and apoptosis while activating antioxidant enzymes such as glutathione peroxidase and glutathione reductase [59].

Observational studies showed that ADHD also has a relationship with DHA levels. RCTs of DHA with EPA supplementation and the addition of medications have demonstrated significant improvement in ADHD symptoms [74][75][76][77][78][79][80][81][82][83][84][85][86]. However, DHA supplementation with methylphenidate did not improve ADHD symptoms [87].

There are mixed results in RCTs that have been observed in early psychosis symptoms improvement with DHA supplementation. When DHA is supplemented with EPA for at least 12 weeks, the functional improvement and reduction in psychiatric symptoms are visible in different studies [88][89][90]. DHA deficiency elicits the chances of schizophrenia by promoter hypermethylation of nuclear receptor genes RxR and PPAR, which results in the downregulation of the gamma-aminobutyric acid-ergic system and the prefrontal cortex involved in oligodendrocyte integrity [91]. However, recent RCTs found DHA has no role in improving the symptoms of bipolar disorder [16].

4. Roles of Arachidonic acid20:4n-6 (ARA) in Brain Development and Function

Using various knock-out models for enzymes involved in brain ARA metabolism, Bosetti showed that the ARA and its metabolites play a significant role in brain physiology via the PLA2/COX pathway [92]. Studies clearly show the requirement for both ARA and DHA in addition to the essential fatty acids (linoleic acid,18:2n-6 (LA), and ALA to support the optimal body, brain growth, and brain function. Although diverse roles of DHA are investigated, the roles of ARA in brain development and functions have not been investigated to a greater extent. Given that ARA and its precursor, LA, contribute significantly to the Western diet and its pleiotropic biological effects and its interactions with DHA, this n-6 LCPUFA is a crucial modifiable factor in brain development and preventive strategies of brain diseases.

Several studies have suggested that the structure–function and metabolism of the brain depend on levels of ARA and DHA and interactions of their metabolites [93]. The recycling (de-esterification–re-esterification) of these two fatty acids in the brain are independently carried out by ARA- and DHA-selective enzymes. Therefore, in studies using n-3 PUFA deficiency models, the homeostatic mechanisms show DHA loss in the brain while increasing ARA metabolism. sPLA2, and COX-2 and their effects on brain function and neuroinflammation.

Thus, the growing brain depends on a steady supply of ARA [94] from the maternal circulation or via breast milk. Upon its release, a portion of the unesterified ARA is converted to prostaglandins, leukotrienes, and lipoxins, a portion oxidized via β-oxidation, and the remainder (approximately 97% under basal conditions) is activated by ACSL and ultimately recycled and re-esterified into the sn-2 position of phospholipids [95]. N-methyl-d-aspartate receptors in conditions such as neuroinflammation and excitotoxicity. Although the signals that ARA and its derivatives relay are not entirely understood, they regulate blood flow, neuroinflammation, excitotoxicity, the sleep/wake cycle, and neurogenesis [96].

Like DHA, ARA is also directly involved in synaptic functions. The level of intracellular free ARA and the balance between the releasing and incorporating enzymes in membrane phospholipids may play critical roles in neuroinflammation and synaptic dysfunction. Both these events are observed in the murine model of Alzheimer’s disease before the amyloid plaques and the neurofibrillary tangles, respectively formed by the two agents known for Alzheimer’s disease agents, A β peptide and hyperphosphorylatedtau. Finally, western food, which contains excessive n-6/n-3 ratios, might favor more ARA levels and influence Alzheimer’s disease mechanisms.

A better understanding of the complex relationships between ARA and DHA and their brain mechanisms is required. ARA is directly involved in synaptic functions as a retrograde messenger and a regulator of neuro mediator exocytosis. Moreover, ARA has pleiotropic effects on brain disease, and it may be used in the fight against brain diseases. The dietary ARA and brain diseases about DHA should be investigated further to prevent the disease.

ARA is involved in cell division and signaling during brain growth and development [98]. In addition, ARA mediates neuronal firing [99], signaling [100] and long-term potentiation [101]. The absolute levels of n-3 PUFAs and the ratio of n-6 and n-3 PUFA affect gene expression of controlling neurogenesis and neural function.

Released intracellular ARA activates protein kinases and ion channels, inhibits the uptake of neurotransmitters, and enhances synaptic transmission, and modulates neuronal excitability [98]. Neurite growth closely correlates with the ARA-mediated activation of STX-3 in membrane expansion at growth cones [102]. The SNARE proteins are involved in producing a fusion of vesicular and plasma membranes in the brain. The formation of this SNARE complex mediated by ARA drives membrane fusion, leading to the release of vesicular cargo into the extracellular spaces [103].

Figure 4. Metabolites of ARA and their receptors.

Several animal studies indicate that ARA has beneficial effects on cognition and synaptic plasticity [105]. ARA induces presynaptic long-term depression associated with a Ca2+influx and the activation of metabotropic glutamate receptors [106]. In addition, ARA can induce neurotransmitter exocytosis in the presynaptic neuron via activation of the soluble N-ethylmaleimide-attachment receptors (SNARE). Age and Aβ concentration or other physiological factors could modify ARA’s effects on synapse and neuronal cells.