The Perfumery Ternary Diagram enables us to determine the dominant odor for each perfume composition.

1. Looking Back: The Beginning of Perfume Engineering at LSRE. What Do We Smell?

In the late 1990s, research on perfume engineering at the Laboratory of Separation and Reaction Engineering (LSRE) started with one of our members (AER) and a posdoc student, Vera Mata. She was had PhD in porous media and wanted to be an entrepreneur. She was interested in perfumes and we wanted to answer, with engineering tools, the question: What do we smell? Can we predict it?
A perfume, according to Jean Carles [1], is a liquid mixture of top notes (first impact, fresh), middle notes (main perfume character) and base notes (long-lasting) in solvents (ethanol, water, matrix). The structure of a perfume is shown in Figure 1 as Carles’s pyramid. 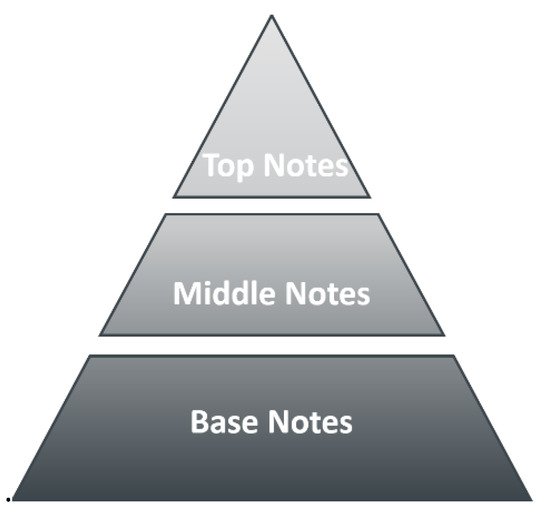 Figure 1. The structure of a perfume represented by Carles’ pyramid.

2. The Perception of Odors

The pyramid structure of a perfume mentioned above considers top notes as those giving the initial impact of fragrance; typically citrus, with green notes lasting 15–30 min on the skin. The middle notes are typically spicy, leather, or floral, giving the perfume character (body), and lasting 3–4 h on the skin. Base notes are typically amber or musk, giving the substantivity of the fragrance, and lasting more than 4 h on the skin. These notes, together with solvents (ethanol, water, matrix), stabilizers, colorants, and UV filters, constitute the perfume.
The odor perception, from vapor to the nose, was addressed by Richard Axel [2] and Linda B. Buck [3], who won the Nobel Prize in Physiology or Medicine in 2004 “for their discoveries of odorant receptor and the organization of the olfactory system”. Odorants in the air bind to odorant receptors; the odorant receptor cells in the nasal epithelium are activated and send electric signals, which are relayed in glomeruli of the olfactory bulb and transmitted to higher regions of the brain.
The process for the perception of a perfume can be divided into four steps: first the evaporation of the perfume, followed by diffusion in the air until the olfactory system is reached, where there is the perception of odor intensity and odor character. The first two steps are the domain of chemical engineering and the last two belong to psychophysics.

An engineering tool to predict the smell of a liquid mixture was first presented by Mata and Rodrigues [4][5][6][7] and can be illustrated for the simple case of a mixture of one top note (A), one middle note (B) and one base note (C) in a solvent ethanol (S). The idea comes from engineering ternary diagrams using mixture compositions on a solvent-free basis and working with odor values (or intensity) for each component A, B, and C. For each liquid composition, the odor values (or intensity) are calculated and using the Strongest Component Model we can map the triangle in regions with different dominant odors. This is the Perfumery Ternary Diagram (PTD), shown in Figure 2. The distance from a point in the triangle to the AB line is the composition of C on a solvent-free basis x′C=xCxA+xB+xC
where xA, xB and xC are the compositions in the whole perfume mixture. Similarly, the distance from a point to AC gives the composition of B and the distance to the line BC gives the composition of A. The lines separating odor zones are the Perfumery Binary Lines (PBL) where the OV of the two adjacent components are equal. 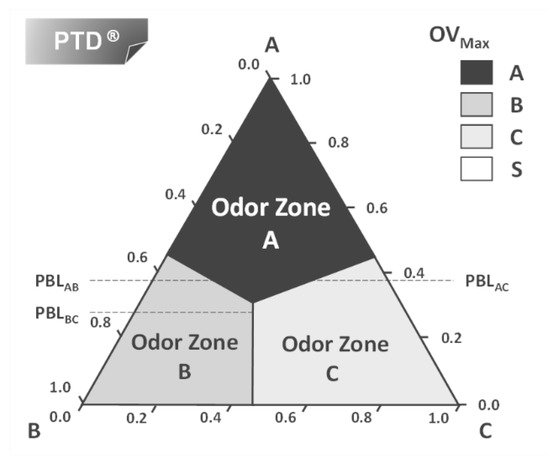 Figure 2. The perfumery ternary diagram: combining perfume pyramid structure with the ternary phase diagram.
The idea was extended to quaternary (PQD) and quinary mixtures (PQ2D) by Teixeira [8] to allow visualization, but can be applied to a mixture of any number of components. What is needed is just:

The PTD tool allows us to analyze the effect of non-ideality of perfume mixtures on the odor zones as well as the description of smell with odor value or intensity from Steven′s law. The effect of base notes and fixatives can be easily visualized as illustrated in Figure 3. By changing the base note from vanillin (left) to tonalide (right) there is no region where we smell tonalide; instead, we smell ethanol.

Figure 3. The effect of base note on odor zones on odor zones: left A—limonene (squares); B—geraniol (triangles); C—vanillin (circles); S—ethanol (losange); right—the base note C tonalide is not perceived and ethanol is (Reprinted with permission from AIChEJ, 2009, 55, 15. John Wiley and Sons).

The methodology developed for perfume engineering can be extended to taste engineering or flavor engineering. We previously defined the odor detection threshold as the minimum gas phase concentration at which an odorant is detected by the nose; and the odor value OV as the ratio between the concentration of odorant in gas-phase divided by the ODT. Similarly, we define the flavor detection threshold FDTi as the lowest liquid concentration of component i at which it is detected by the retronasal route; the flavor value FVi is then the ratio between the gas phase concentration and its FDT.
The idea is to predict the sensory quality of flavored products based on their gas phase composition with the help of psychophysical models and olfactory descriptors. The first tested case of flavored products was fruit juices (peach, lemon, mango and pineapple). For each fruit juice, the headspace gas phase composition was measured by chromatography. The tests were extended to binary and ternary mixtures of fruit juices [9]. Odor and flavor radars were constructed with families of fruity, sweet, green, woody, fresh, spicy, citrus, fatty, ripe tones and validated by a sensory evaluation of consumers as shown in Figure 4 for peach juice. It should be noted that the headspace of peach juice contained various compounds identified as ethyl butyrate (fruity, sweet, spicy) isoamyl acetate (sweet, fruity, ripe), benzaldehyde (woody, fruity, sweet), ethyl hexanoate (sweet, fruity, green), limonene (citrus), linalool (citrus, sweet, woody). When one component is allocated to just one family, the weight is 1; when allocated to three families the weights are 0.6, 0.3 and 0.1. The ODTs for the six components are 3.35 × 10−4 mg/m3 for ethyl butyrate, 4.99 × 10−1 for isoamyl acetate, 6 for benzaldehyde, 1.5 × 10−2 for ethyl hexanate, 6.19 × 10−1 for limonene and 9.33 × 10−3 for linalool. The flavor detection thresholds FDTi (mg/kg) for the same six components are 1.8 × 10−3, 5.7 × 10−2, 5.3 × 10−1, 8.0 × 10−3, 2.1 × 10−1 and 3.3 × 10−3, respectively.