Food waste biorefineries for the production of biofuels, platform chemicals, and other bio-based materials can significantly reduce a huge environmental burden and provides opportunities for a sustainable way of chemical and material production.

The environmental problem is one of the most difficult issues challenging the world today. The fast-growing world population accelerates the need for food and other basic materials, which is accompanied by the bulk generation of waste biomass. This directly contributes to the increased cost of waste disposal and causes significant environmental problems. The growing population is directly proportional to the increased demand of food and subsequently the larger quantity of food production that is accompanied by bulk generation of food wastes. According to the United Nations Food and Agricultural Organization (FAO), 1/3 of the total food produced was lost in the supply chain and harvesting which contributed to the estimated value of USD 1 trillion annual loss [1]. The drink industries are leading by generating around 26% of the total food waste, followed by the dairy industry which contributes 21%, fruit and vegetable industry 14.8%, and cereal industry 12.9% [2]. Other than the economic impact, food waste is a potent greenhouse gas emitter (mainly methane) contributing to environmental pollution. More recently, food waste is directly connected to water loss, air pollution, water pollution, biodiversity loss, soil degradation, and climate change. The loss of food as waste which was intended to be for human consumption is likely to be linked to nutritional loss in diet.
Food waste includes spoiled foods, crops left in the field, fruit and vegetable waste, leftovers on the plate from hotels, homes, and restaurants, and any other food lost at any stages of the supply chains. It is impossible to completely avoid food waste, however it is possible to reduce the amount of wasted food. Therefore, crafting ways or methods of valorizing food waste are crucial for developing sustainable bioeconomy and for achieving United Nations (UN) sustainable development goal of 2030 [3]. Due to their homogeneity, food waste has high potential for the production of biofuels, platform chemicals and bio-based materials by applying the concept of biorefinery [4][5]. The valorization of food waste under the biorefinery framework has recently gained momentum for the implementation and achievement of the sustainable development goals policies set by the European Unions (EU), such as the bioeconomy strategy and the circular economy goals of the EU [6][7][8]. According to the bioeconomy council, “The bioeconomy is the knowledge-based production and use of biological resources to provide products, processes and services in all economic sectors within the frame of a sustainable economic system”. The European bioeconomy strategy focused on the needs of the sustainability and circularity of processes and products [6]. The European commission defined the circular economy as the elimination/minimization of waste generations during the processing and production of products, materials and resources by maintaining the value of the product as long as possible [7]. The concept of the circular bioeconomy is described as the production of energy, food, platform chemicals, and other bio-based materials and compounds from biomass in a sustainable and integrated/cascaded manner (biorefinery) while generating zero waste [6][7].

Anaerobic digestion is a biological process by which organic matters are metabolized and transformed by complex reactions into biogas in the absence of oxygen [10][11]. Anaerobic digestion is commonly found in nature such as in animal digestive system, in swaps and wetlands. Anaerobic digestion is most-commonly practiced throughout the world in many ways, such as the digestion of primary and secondary sewage sludge, upflow of anaerobic sludge blanket reactors, and activated sludge plants [12][13][14]. The process consists of four steps: hydrolysis, acidogenesis, acetogenesis, and methanogenesis, which may occur sequentially or simultaneously in a single stage. Products such as methane (CH4), volatile fatty acids (VFAs), such as propionic acid, butyric acid, acetic acid, iso-butyric acid, valeric acid, iso-valeric acid, and hydrogen (H2) are produced from food waste via anaerobic digestion or anaerobic fermentation.
The anaerobic digestion can be either performed in single stage or two stage operations. In the single stage configuration, all reactions are carried out in a single reactor that helps toward low operational costs and low reactor complexity. However, the formation of intermediate products accelerates inhibition of the subsequent processes. Hence, the lower conversion efficiency and lower product yield are obtained in such reactor configurations. Generally, in single stage reactor configurations, process instability, reactor acidifications, and the combined production of hydrogen and methane are common problems [15][16]. The two-stage process in which the acidogenic and methanogenic processes are physically separated appears to be effective, overcoming problems associated with single stage digestion [17]. The anaerobic digestion of mixtures of food waste, poultry litter, and sewage sludge enhanced the biogas yield to 640 L/kg VS when mixed in the ratio of 2:1:1, sewage sludge: food waste: poultry litter [18]. The anaerobic digestion of food waste for methane production at mesophilic temperature (34 °C) generated 276.5 mL CH4/g VS while 307.5 mL CH4/g VS was obtained at the thermophilic temperature of 55 °C [19]. A study carried out by Patinvoh et al. [20] observed that the yield of VFAs was enhanced by controlling the pH of acidogenesis process (at pH 6) during the anaerobic digestion of food waste [20]. The highest yield of VFA (0.8 g VFA/g VS) was achieved at an inoculum to substrate ratio of 1:3 [20]. The integration of dark fermentation (acidogenesis) and methanogenesis of food waste enhanced the biohythane (H2 + CH4) production by 1.22 times [21]. The yield of methane from the anaerobic digestion of one ton of food waste can be as high as 90.6 m3 [22]. The reaction configurations of anaerobic digestion are highly influenced and controlled by process parameters (pH, acidity, temperature, substrate composition, C/N ratio, reaction time, and inoculum) and the desired final product. Therefore, optimizing the process parameters enhances the yield of the desired final product.

Dark fermentation is a microbial conversion process in which hydrogen is produced by anaerobic bacteria from organic matters via glycolysis pathway. It is performed in the absence of light by a diverse group of bacteria. The cost effectiveness and the possibilities of utilizing wide ranges of substrates in the dark fermentation for biohydrogen production have been studied by numerous authors [23][24]. However, problems associated with low hydrogen yield and high cost of production is a challenge for scale up and commercialization of dark fermentation technology [24]. Theoretically, 12 moles of biohydrogen are expected from one mole of glucose, however maximum yield of four moles of biohydrogen were obtained when acetic acid was the end product, while two moles were produced when butyric acid was the end product. With VFAs formations, 2–3 moles of biohydrogen are obtained from one mole of glucose [25]. Dark fermentation of food waste collected from cafeterias yielded 1.77 moles of H2/mole of hexose [26]. However, sequential dark fermentation and photofermentation increased the biohydrogen production by 2.5-folds producing 5.4-moles of H2/mole of hexose [26]. Dark fermentation using food waste at the mesophilic temperature of 34 °C led to a biohydrogen yield of 53.5 mL H2/g VS, while 37.6 mL H2/g VS were obtained at the thermophilic temperature of 55 °C [19]. Nguyen et al. [27] studied the single stage dark fermentation of food waste mixed with condensed molasses to produce biohythane (H2 + CH4). Biogas comprising 10–60% H2, and 5–20% CH4 was obtained depending on the ratio of food to microorganism [27]. The co-existence of a wide range of microorganisms can significantly reduce the yields of biohydrogen by either utilizing the produced biohydrogen or metabolizing the substrate into other products [28]. The operating conditions highly influence the specific microbial communities and the final product. Acetate and butyrate pathways are linked to higher biohydrogen yields while alcohol and lactate production pathways are linked with lower biohydrogen yields [29][30]. Optimizing the fermentation conditions significantly enhances the biohydrogen yield but is far from reaching the near theoretical yield. Adjustment of the reactor configurations for utilization of the intermediate products during co-culturing or sequential photofermentation can greatly enhance the biohydrogen yield. Metabolic engineering has great potential to alter the current barriers of dark fermentation, and the application of metabolic engineering principles to the selected strains of microorganisms has a promising future, which could revolutionize the whole biorefinery process.

Electro-fermentation is a new type of hybrid technology that combines the old fermentation principles and electromicrobiology for the improvement of product yields. It uses polarized electrodes to redirect the transfer of small number of electrons into and/or from the medium. The main source of electrons during the electro-fermentation process is the organic material in the medium because the number of electrons exchanged at the polarized electrode is low compared to the microbial electrosynthesis [31][32][33]. The interactions of the microorganisms with the electrode during electro-fermentation are either through DIET (direct interspecies electron transfer mechanisms) or MIET (indirect interspecies electron transfer mechanisms) [34]. The electron transfers are achieved by mediators/shuttles produced by cells such as flavins, formate, phenazines, and H2 in the case of MIET while electrically conductive pilus or proteins such as cytochromes are used in the case of DIET [34][35][36]. Shewanella oneidensis and Geobacter sufurreducens are the two most commonly studied electroactive bacteria and are considered as a model for DIET. This impressive capability observed in some bacteria can be exploited for biohydrogen production. Recently, electro-fermentation has been employed on food waste valorization and promising results were obtained [37][38][39]. About 26.3% improvement in methane production was achieved by limiting the amount of volatile fatty acids to 129 mg/L from the electro-fermentation of food waste [38]. Hydrogen recovery was also improved by the sequential process of electro-fermentation of food waste from the effluents of dark fermentation [39]. Therefore, further studies are required to fully exploit the microbial potential for biohydrogen production as well as for other biomaterials from different food wastes.

Photofermentation is a fermentation process in which light is used as an additional source of energy. The purple non-sulfur bacteria (PNSB) are the most common photosynthetic bacteria. Electrons are driven out from the organic food waste by nitrogenase enzyme of the photosynthetic bacteria to produce carbon dioxide and hydrogen [40]. Food wastes such as glycerol that contain simpler organic compounds and short chains fatty acids are ideal substrates for photofermentation [40][41]. Photofermentation as a green technology has great potential and capability for production of biohydrogen from food waste as evident from wastewater treatments emerging from industries such as dairies [42], distilleries [43], brewery [44], and sugar refinery [45]. The production cost of 1 kg of hydrogen by photofermentation was estimated to be about EUR 2.83, while electrolysis-based technology costs from EUR 4–24 [46]. The presence of inhibitory compounds in the waste, lower light penetrations due to the turbidity of the waste, and the rate of cell wash out exceeding the specific growth rates are some of the major challenges hindering the production of biohydrogen by photofermentation [47][48]. The immobilization of microbial cells is an effective approach to overcome the over washing, while other drawbacks need to be resolved [49]. To use the full power of photofermentation, the drawbacks have to be resolved. Therefore, intensive research is required to develop feasible and sustainable photofermentation technology to utilize food waste for high-value product production.

These show the potential of the integrated food waste biorefinery process for opening up the way for the circular economy. More investigations and research studies on how to improve the efficiencies of conversion and product yield in the pilot scale and commercial scale are key for the transition to bioeconomy. The overall complexity of the food industries and the relationships with the circular bioeconomy and sustainability are described in Figure 1. 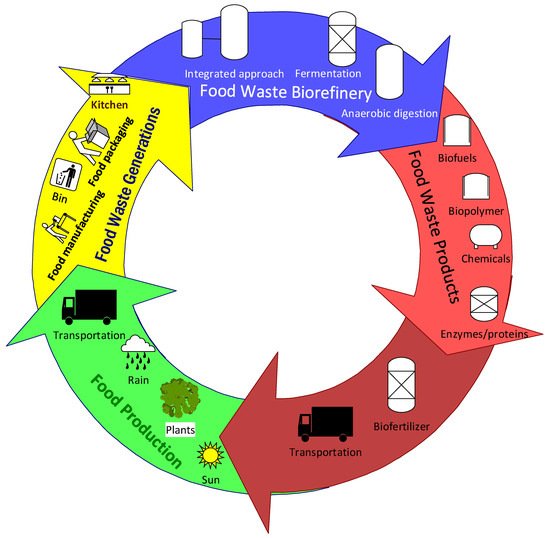 Figure 1. The prospect of circular bioeconomy in food industries.