Over the past several decades, photopolymerization has become an active research field, and the ongoing efforts to develop new photoinitiating systems are supported by the different applications in which this polymerization technique is involved—including dentistry, 3D and 4D printing, adhesives, and laser writing. 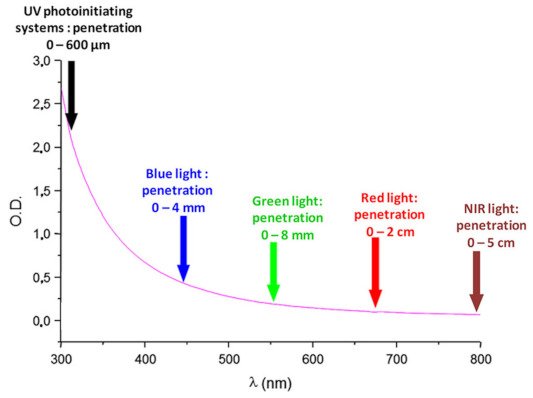 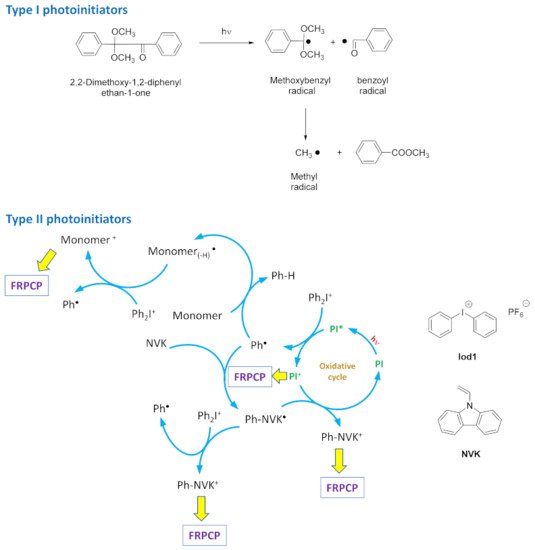 Figure 3. The two families of photoinitiators that have been developed in order to efficiently generate initiating radicals.
As shown in Figure 3, upon excitation of the photoinitiator with a light of an appropriate wavelength, a photoinduced electron transfer in the excited state can occur with the iodonium salt, generating phenyl radicals Ph●. These radicals can typically initiate the free-radical polymerization of acrylates. However, in these conditions, the consumption of the photosensitizer is irreversible, affecting the efficiency of the system. This drawback can be addressed by the addition of a third component—generally, a sacrificial amine that will be in charge of reducing the oxidized photosensitizer, and which can be introduced to the photocurable resin. If N-vinylcarbazole (NVK) is used, this carbazole can react with the phenyl radical Ph●, generating Ph–NVK●, which is a radical more reactive than the initial Ph● [168]. By reacting with the oxidized photosensitizer and regenerating the photosensitizer at its initial redox state, Ph–NVK● can be converted into a Ph–NVK+ cation, capable of initiating the cationic polymerization of epoxides by means of free-radical-promoted cationic polymerization (FRPCP). Therefore, using these three-component systems, the concomitant polymerization of acrylates and epoxides can be simultaneously obtained, enabling access to interpenetrated polymer networks (IPN) [169][170][171][172]. The photoinitiating systems are also catalytic if three-component systems are used, the regeneration of photoinitiators enabling the system to drastically reduce its content [173][174][175]. Considering that the photosensitizer is the key element of these two- and three-component photoinitiating systems, numerous structures have been examined. In this field, chalcones are dyes that can be naturally found in numerous vegetables and flowers [176][177][178]. Chalcones can also be easily obtained via a Claisen-Schmidt condensation. Considering their ease of synthesis, their strong absorption in the visible range, and their well-established biological activities, chalcones were investigated for applications ranging from medicine [179] to solar cell applications [180][181], organic light-emitting diodes [182], and organogels [183]. Among chalcones, bis-chalcones—which can be obtained via a Claisen-Schmidt condensation of aldehydes with cyclic aliphatic ketones in basic conditions—have been less studied in the literature than mono-chalcones [109][184]. Moreover, these structures remain of interest, especially for photopolymerization. Indeed, by increasing the molecular weight of photoinitiators, their migratability within the polymer network can be drastically reduced. These dyes also possess an extended conjugation compared to mono-chalcones; thus, these photosensitizers can transfer an electron towards an electron acceptor more easily in the excited state.

2. The Different Synthetic Routes to bis-Chalcones

Bis-chalcones have recently been studied as photoinitiators of polymerization, and three different strategies have been developed to provide access to these structures. Notably, chalcones can be easily obtained by means of a Claisen-Schmidt condensation between an aldehyde and an acetophenone, in accordance with the reaction depicted in Scheme 1 [185][186][187][188][189][190][191][192][193][194]. No major differences can be found from the synthetic viewpoint between mono- and bis-chalcones, except that two equivalents of aldehydes have to be used in the case of bis-chalcones, comprising a central cyclic ketone. In addition to this first strategy based on cyclic ketones, a second approach can consist of connecting two mono-chalcones together. In this aim, two connected aldehydes or two connected acetophenones can be used to form bis-chalcones. 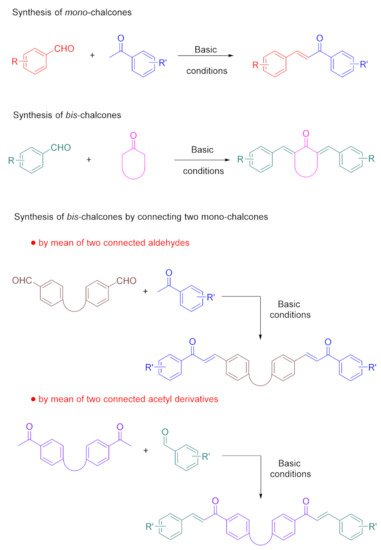 Scheme 1. Synthetic routes to mono- and bis-chalcones; and bis-chalcones obtained by connecting two mono-chalcones.
Based on the synthetic approach used to provide access to these structures, numerous modifications of the chalcone scaffold can be envisioned, such as a modification of the peripheral groups, the substitution pattern of the central cyclic aliphatic ketone, or the spacer introduced between the central core and the peripheral groups (see Figure 4). In the same spirit, bis-chalcones can be obtained via the condensation of acetophenones on bis-aldehydes. Aldehydes can also be condensed onto bis-acetophenones. Here, again, this strategy is highly versatile; since the spacer is used to connect the two chalcones, the substitution pattern of the chalcones can be easily tuned. Overall, the connection of two chalcones together enables a similar effect on the migratability of these macrophotoinitiators. 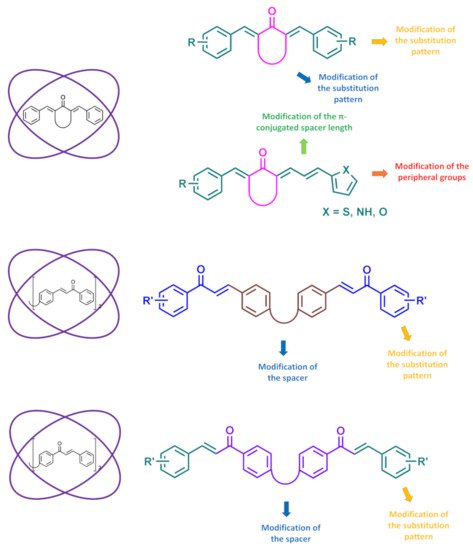 Figure 4. The different chemical modifications enabling the efficient tuning of the absorption spectra of bis-chalcones.