Wastewater-based epidemiology describes the idea of early detection of a virus, e.g., SARS-CoV-2, in wastewater in order to focus on the area of virus occurrence and supplement the results obtained from clinical examination. By monitoring temporal variation in viral loads in wastewater in combination with other analysis, a virus outbreak can be detected and its spread can be suppressed early. The use of biosensors for virus detection also seems to be an interesting application. Biosensors are highly sensitive, selective, and portable and offer a way for fast analysis.

The idea of determining the consumption of illicit drugs on the basis of analysis of wastewater was introduced by Daughton and Ternes already in 1999 [1]. The development of new methodologies and advances in analytical chemistry has gradually led to the emergence of the term “sewage epidemiology” in the scientific area. In his study in 2005, Zuccato pointed to the possibility of analyzing illicit drugs in wastewater, putting the Daughton and Ternes hypothesis into practice for the first time [2]. He gradually found that based on the analysis of the dominant drug metabolite it is possible to estimate the number of doses used at the selected sewerage area. After 15 years, it can be stated that this scientific field is constantly evolving and progressing. This is evidenced by studies from 2019 and 2020, which describe the possibilities of monitoring various groups of endogenous human metabolism biomarkers, new types of drugs and psychoactive substances (NPS), the issue of pesticide and mycotoxin contamination of food and drinking water, or the possibility of identifying resistance genes for a selected antibiotic in the population under review [3][4][5][6][7]. For example, based on the quantitative measurement of specific biomarkers in wastewater from different regions and cities, we can subsequently evaluate the lifestyle of a particular population, the incidence of certain types of diseases, as well as the negative or positive impacts of the environment on its health [8]. However, it should be noted that the monitoring of the health status of a population in a given region may not always be welcome. It can point to environmental pollution in a given area and its subsequent impact on a region or a certain population, which may ultimately have an impact, for example, on the tourism, real estate market, and the like.
It can be said that the development of wastewater monitoring is mainly due to research activities taking place in Europe. In 2013, the COST ES1307 project was launched under the auspices of the EU Horizon 2020 Framework Program, bringing together several experts in the field of epidemiology and drugs and pharmaceuticals analysis in wastewater. Wastewater = based epidemiology connected with early detection in the case of a pandemic situation is just the next step in public health control [7].

Since the outbreak of COVID-19, RT-PCR methods have been routinely used to detect SARS-CoV-2 in many research and disease control centers. However, they have some disadvantages that limit on-site and real-time monitoring of samples, such as expensive equipment, necessary qualified technicians, complicated handling of samples in the laboratory, and the long time required for data processing and analysis (up to 4–6 h). For this reason, it is necessary to develop analytical equipment for fast and accurate detection of viruses at wastewater collection points without the need for centralized laboratories [9].

These types of sensors use immobilized enzymes, cells, and whole tissues as a recognition layer. Enzyme-based biocatalytic biosensors utilize the catalytic properties of enzymes. Therefore, they are very selective, sensitive, and very effective. Enzymes can be immobilized by physical interactions (e.g., adsorption) and covalently bound either directly to the electrode surface, nanoparticles, or some interlayer or mixed with electrode material (paste electrodes).

Very important parts of the recognition layer of these biosensors are usually aptamers, nucleic acids, membrane receptors, and antibodies. These biological components can be directly bound to the electrode surface, connected with a working electrode via some interlayer(s) (human/bovine serum albumin) and/or are bound to nanoparticles.
A huge group of biosensors is based on the various types of nanoparticles [10]. Electrochemical impedance spectroscopy (EIS, impedimetric biosensors) was used for the determination of influenza M1 protein on nanocrystalline boron-doped diamond in saliva [11]; influenza A virus on graphene–gold hybrid nanoparticles, where the detection was based on the neuraminidase activity [12]; human papillomavirus DNA, using golden nanotubes based on nanoporous polycarbonate in electrical alignment [13] with LOD 1 fM; Zika virus-specific antibodies in infected individuals [14]; and dengue virus 2 NS1 antibody [15] based on carboxylated and non-carboxylated CNTs, respectively. EIS has also been used for the Japanese encephalitis virus in human serum, where carbon nanoparticles were used and the LOD was down to 0.36 ng/mL [16].
Various types of voltammetric techniques in combination with nanostructured supported material were used to determine avian influenza virus (H5N1) in chicken serum on porous Au nanoparticles [17] with a LOD of 1 pM, Hepatitis B e antigen detection based on a signal amplification by co-catalysis of horseradish peroxidase and nanoporous gold with a LOD of 64 fg/mL in human serum [18], human enterovirus 71 with dual-labeled magnetic nanobeads [19] with a LOD of 10 pg/mL, and many others [10]. The electrochemical immunosensor for coronavirus associated with the Middle East respiratory syndrome (MERS) using an array of gold nanoparticle-modified carbon electrodes with voltammetric detection has been already designed [20]. The voltammetric response is detected by monitoring the change in the peak current after the addition of different concentrations of antigen against MERS-CoV. The test was finished in 20 min with detection limits of 400 fg and 1000 pg/mL for HCoV and MERS-CoV, respectively.
The installation of automatic samplers or specific types of microsensors in the sewer system, which could react with sufficient sensitivity not only to selected SARS-CoV-2 virus fragments or biomarkers in the future, might gradually lead to the creation of a SMART system that could identify a COVID-19 outbreak in a city faster than established epidemiological procedures (Figure 1). 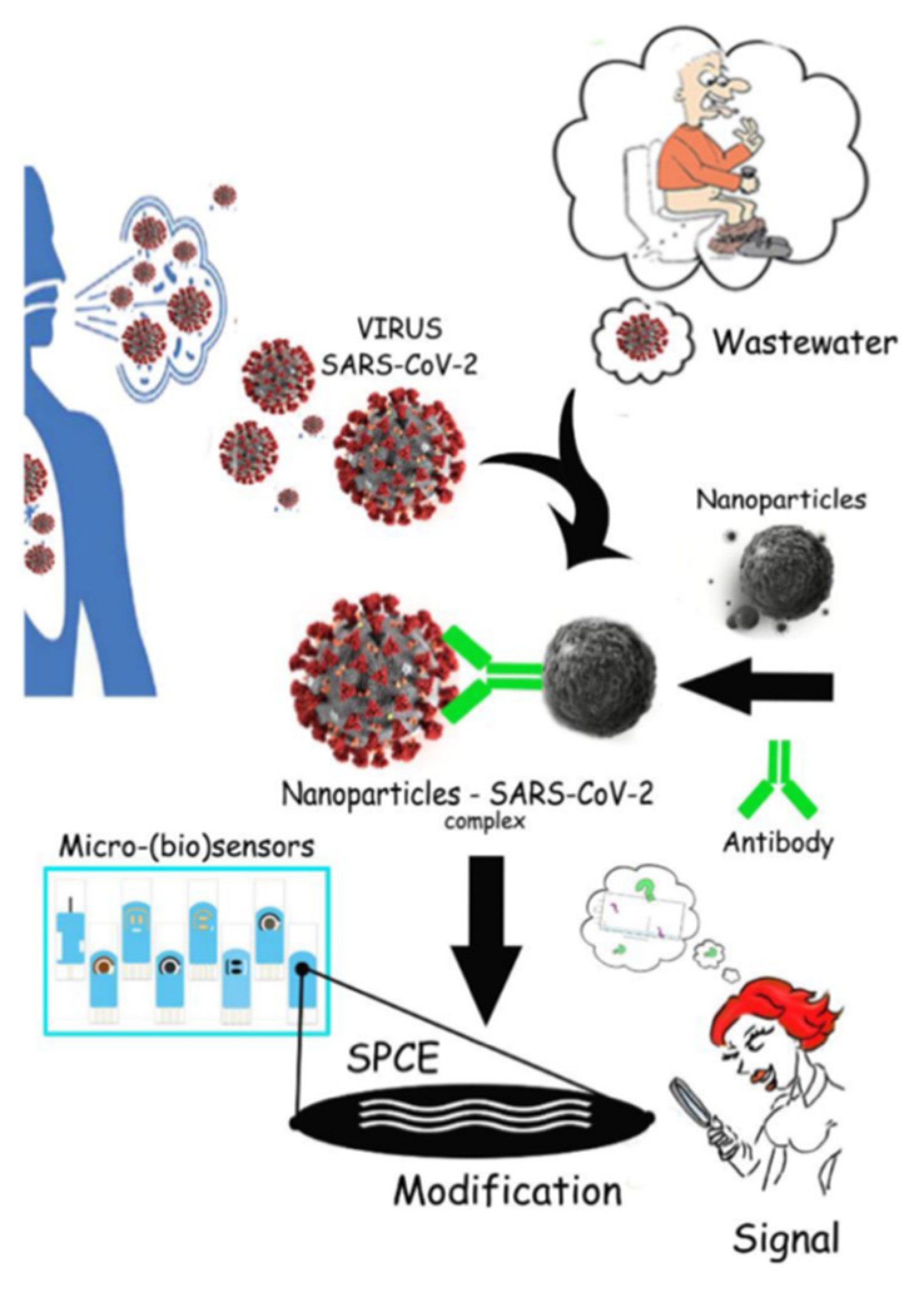 Figure 1. The usage of biosensors in sewerage system.

At present, scientific teams from several countries around the world, whether at the national or transnational level, are engaged in wastewater monitoring to determine drug consumption in the region. Research in this area has been carried out for about fifteen years, resulting in the development of new analytical procedures, the possibility of monitoring new types of drugs, or the quantitative measurement of specific biomarkers in wastewater from different regions and cities, for example enabling us to assess the lifestyle of the population. Therefore, the serious question arises whether, in the current COVID-19 pandemic induced by the SARS-CoV-2 coronavirus, all of the acquired knowledge and experience can be used to identify outbreaks of a certain type of virus. At the moment, we do not know. Several assumptions and ideas have been made but these need to be confirmed by studies to ensure that wastewater monitoring for early detection of possible outbreaks of COVID-19-like diseases in the population is a validated and recognized detection methodology in broad scientific circles. Conventional laboratory techniques are, however, usually not suitable for rapid on-site analyses, because they are time demanding, require samples to be transported to centralized diagnostic labs and highly educated operators, etc. Electrochemical techniques in combination with proper biosensors are suitable for direct, real time, and on-site viral detection. Biosensors can be distributed at various points in the sewage system to create an alert system for an impending epidemic. This can also be digitized as an interactive map. Miniaturization allows for the preparation of sensor chips for the simultaneous monitoring of various types of viruses depending on the microelectrode modifications.
Early detection of outbreaks can thus be recorded mainly on the basis of a change in its occurrence over time in combination with parameters characterizing the surveyed population and consistently defined sampling points in the sewerage network.