Agronomic of Zinc on Yield

Phosphorus (P) and zinc (Zn) are essential plant nutrients and their deficiency in soils and antagonistic effect of P on Zn are the important concerns world-over. Thus, a two-year (2012-13 to 2013-14) experimentation was carried out to assess grain yield, nutrient uptake and quality parameters of wheat by various levels of P and Zn. The results revealed that 50% Recommended Dose of P (RDP) through phospho-enriched compost (PEC) + 50% RDP through fertiliser and soil application of 12.5 kg ZnSO4.7H2O ha-1 + one foliar spray of 0.5% ZnSO4.7H2O recorded significantly higher grain yield (4.81 and 4.61 t ha-1, respectively), straw yield (7.20 and 6.92 t ha-1, respectively) and protein content (11.5% and 11.3%, respectively). The concentrations of Zn in grain (35.6%) and straw (57.3%) was not affected due to organic P application but 100% P through P fertilizer reduced the Zn content in the grains. Both soil and foliar application of Zn was found more promising in increasing Zn and Fe concentration in grains (37.5 and 30.9 mg kg-1, respectively)  and straw (60.3 and 398 mg kg-1, respectively). Overall, the treatment combination of 50% RDP through PEC + 50% RDP through fertiliser and soil applied 12.5 kg ZnSO4.7H2O ha-1 + one spray of 0.5% Zn was beneficial in reducing antagonistic effect of P on Zn and increasing Zn and Fe concentration in wheat grain and, thus, could be used for improving the yield of Zn and Fe enriched wheat grains.

The application of P50-PEC + P50-F resulted in significantly higher yield attributes, such as spikes m−2, grains spike−1, test weight, spike length and spikelets spike−1 than P100-F. However, it was at par with P100-PEC and the minimum values of yield parameters were observed in plots without P (Table 2, Figure 1). The increase in grain yield with application of P50-PEC + P50-F over P100-F was 11.3%. This increase was due to improvement in yield components and improved bioavailability of residual soil phosphorus [1]. The differences in grain and straw yields among the different treatments were also associated with differences in grain and shoot P concentrations (Table 3), revealing that P enrichment in grain and straw is more important to improve crop productivity. The application of PEC along with chemical fertiliser provided continuous and ready availability of both macro and micro-nutrients, which, in turn, enhanced the yield of wheat crop. Matar and Brown [2] reported that early and continuous P uptake increases yield potential of crops in both the cropping seasons by stimulating growth and development of plants. 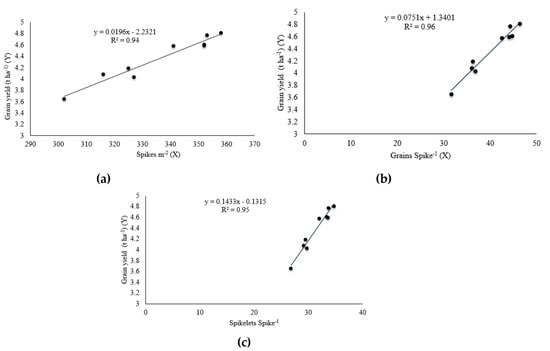 Table 3. Influence of integrated P management and Zn application on P concentration and uptake by wheat (average of 2 years).

The P concentration in grain as well as in straw was highest with P100-PEC followed by P50-PEC + P50-F and P75-PEC + VAM + PSB (Table 3). The P uptake in grain was found highest with P100-PEC and the uptake of P in straw and total P uptake were highest with P50-PEC + P50-F. The percent increase in wheat grain P concentration due to P100-PEC over without P was 39.2%. This might be due to better availability and consistent supply of P from PEC and chemical fertiliser up to harvest and also increased microbial activity in soil helping to increase the P uptake and leading to increased concentration in grain and straw [10][11]. The near perfect linear relationship of grain yield with grain P concentration showed that differences in yield were associated with differences in grain P concentration and their corresponding uptake (Figure 2). These results firmly revealed that P uptake is of greater significance in enhancing crop productivity. Zaki and Radwan [12] reported that application of P fertilizer and PSB enhanced P and micronutrients availability and concentration in plants. Shivay et al. [13] reported that minute quantity of fertilizer P is bioavailable for plant uptake. The bioavailable P in the soil was found to be higher whenever an organic source of P was applied externally. The increased P levels proportionately increased the bioavailable P in the soil, which caused the increased P concentration and uptake in wheat parts.

There was a significant increase in Fe concentration and uptake due to the application of P50-PEC + P50-F followed by P100-PEC over without P and P100-F (Table 5). The increase in wheat grain Fe concentration over P100-F was 13.4%. The lowest Fe concentration and uptake were noticed in plots without P. As the P also exhibited a negative effect on absorption and translocation of Fe, the application of P100-F recorded lower Fe concentration over all other treatments. The application of PEC might have improved the chelation of Fe compounds and helped in absorption of Fe from soil. Two foliar sprays of Zn and soil + foliar spray of Zn improved Fe concentration and uptakes in grain and straw of wheat significantly compared to without Zn treatment. However, soil + foliar spray of Zn resulted in the highest grain, straw and total uptake of Fe because of higher dry matter production. This study indicated that soil application of Zn reduced the Fe absorption from soil. These results are in agreement with the findings of Abbas et al. [24]. Haldar and Mandal [25] reported that Fe may get accumulated in the roots, and higher root Zn might reduce the Fe translocation from root to shoot or may reduce the uptake from soil itself.

The treatment P50-PEC + P50-F resulted in significantly higher crude protein, lysine, methionine and tryptophan contents compared to all other treatments (Table 1 and Figure 2). The increase in crude protein percentage in grain with the application of P50-PEC + P50-F was 15% over control. This might be due to the increased phosphorus concentration in soil by addition of organic matter and release of native P by more microbial activity. P has been found to enhance higher root growth, N uptake and metabolism, thereby the protein concentration in grain increased considerably. P has been necessary for both nitrate reductase activity and nitrate uptake and may influence the enzyme directly or indirectly, thereby leading to higher protein synthesis. P deficiency led to reduction in nitrate reductase activity, thereby reducing protein synthesis. So, optimum N and P supplementation through organic or inorganic sources of nutrient is a prerequisite to improve protein synthesis. Zinc application also exerted significant influence on crude protein and amino acid contents in grain. Incorporating 25 kg of Zn into soil resulted in significant improvement in crude protein, lysine, methionine and tryptophan contents in grain over control treatment; the respective increase was 11.8% (Figure 3). However, this treatment did not differ significantly from soil + foliar spray of Zn for any of these grain quality parameters. The results indicated that Zn plays an important role in increasing protein and amino acid content in grains. Zn is a stimulant factor which increases the production of indoleacetic acid; thereby it leads to an increase in amino acid and protein content. Zn has a role in improving β-carotene content of wheat and thereby improving protein and other quality parameters in wheat [26]. Soil and foliar application of Zn improved dry matter accumulation and higher N uptake which in turn resulted in higher crude protein content in grains [27]. Zinc deficiency is related to N metabolism; whenever the Zn levels in plants are lowered, the proteins concentration decreases considerably. Zn deficiency leads to impairment of both synthesis and structural integrity of RNA and ribosomes, further lead to higher RNase activity. So, adequate Zn supplementation is required for protein synthesis [28]. Gao et al. [29] reported a positive correlation between Zn content in wheat grain and grain protein content. Ozturk et al. [30] revealed that highest Zn uptake and protein synthesis occurs at same stage of seed formation.

Figure 3. Influence of different sources and doses of P (a) and Zn (b) on amino acid content in wheat grains.

A correlation matrix (Table 6) showed significant correlations (P < 0.05) of all the different yield attributes and nutrient uptake parameters, with grain yields of wheat. This indicated that yield parameter, nutrient concentration and their uptake have significant contribution towards yield enhancement in wheat.