In solar photovoltaic (PV) energy generation system, the term “photovoltaic” refers to a semiconductor-based device used to convert solar energy (sunlight) into electrical DC energy. To generate electricity, the solar PV generation system has become a mainstream option, especially for the communities who live in rural areas. Its market has vastly expanded in a short period, where according to Parikh, 70% of solar PV module manufacturing is accounted for by China.

The solar PV system can only be installed in areas where there is enough direct supply of solar energy so that the financial investment becomes worthy [1]. Fortunately, Malaysia is located within the second largest solar radiation region globally, between 1 degree and 7 degrees in north latitude and 100 degrees and 120 degrees in east longitude [2]. Malaysia’s potential for solar power generation is estimated at four times the world fossil fuel resources, since there is an average of 4 to 8 h of sunshine every day [3][4][5]. Authors in [6] remarked that the abundance of solar radiation averaging from 4.8 to 6.1 kWh/m2/day indicates a high potential for solar energy throughout this country. Furthermore, as seen in Figure 1, the photovoltaic power potential in several places in Malaysia exceeded daily totals of 4.0 kWh/kWp [7]. In another study [8], the authors have stated that there is a massive potential of solar energy system resources in electricity generation. Hence, they concluded that the installation of a solar energy system is highly feasible in Malaysia. 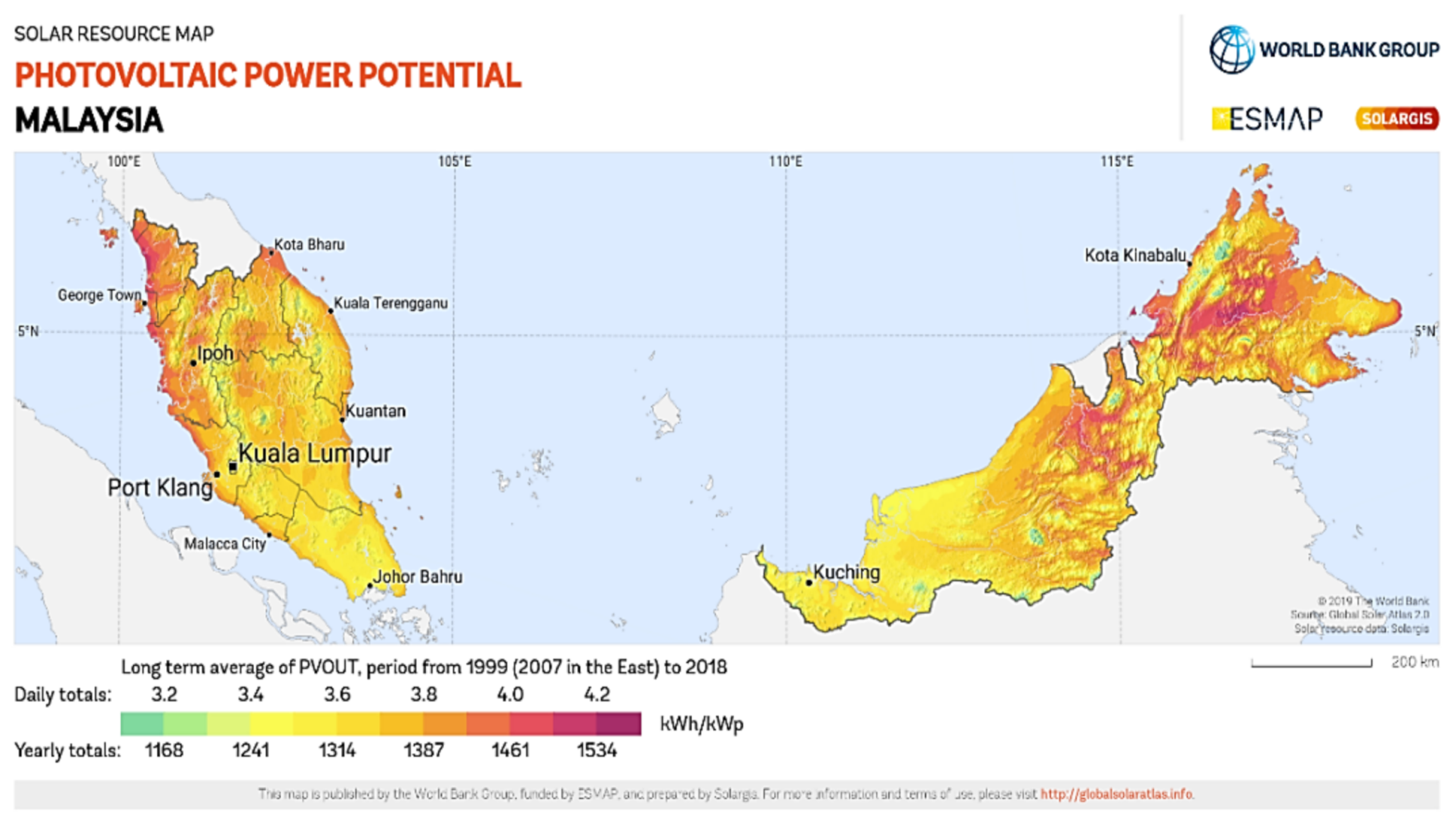 Figure 1. Malaysia’s photovoltaic power potential map obtained from the Global Solar Atlas 2.0, a free, web-based application that is developed and operated by the company Solargis s.r.o. on behalf of the World Bank Group, utilising Solargis data, with funding provided by the Energy Sector Management Assistance Program (ESMAP). For additional information: https://globalsolaratlas.info (accessed on 20 November 2020) [9].
On the other hand, a complete working solar PV system is still considered expensive at present [10][11]; however, the average cost of energy (COE) is experiencing a downward trend and is currently cheaper than fossil fuel power plants. Therefore, it is crucial for the maximum amount of sunlight to be captured by the solar PV module. Indirectly, this also helps avoid oversizing the solar PV system and ensuring that it operates efficiently [12]. Hence, to have maximum PV power output, two essential factors, namely, optimum tilt angle and solar PV modules orientation, are crucial for designing and installing solar PV panels. In a study conducted by [13], the authors stated that adjusting the PV module’s tilt angle in different seasons causes more energy to be captured. The sunlight intensity is different according to the season and location, that is, the latitude and longitude, season, local landscape, and local weather [14]. This statement further indicated that the optimum tilt angle and orientation would be different at different times and locations [15]. Hence, this indirectly led to diverse methods being established and developed to determine the maximum solar radiation factors.