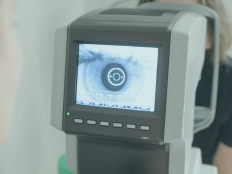 Glaucoma is the leading cause of blindness in the world. The recent meta-analysis predicts the number of patients affected with glaucoma to be around 110 million worldwide.

Glaucoma is an optic neuropathy characterized by the selective death of retinal ganglion cells (RGCs) and a progressive loss of vision. The elevation in intraocular pressure (IOP) is one of the important risk factors for developing glaucoma. There are at least six different kinds of glaucoma:

An increase in IOP can also be induced by blunt injury to the eyeball.

Treatment of glaucoma to date aims at surgically or medically reducing the elevated IOP, which has been identified by various studies as the sole critical factor for the pathogenesis of glaucoma.  Various contributions from basic sciences (biochemistry, molecular biology, cell biology, molecular genetic) have added tremendous knowledge to the glaucoma field, so much so that the mysteries of glaucoma have begun to unravel. This wealth of knowledge has propelled the field to a point that the future of effectively treating or controlling the disease seems to be nearly in reach.

The principal tenet of glaucoma is that as IOP is elevated, RGCs begin to die. RGCs are the cells in the retina whose axons send the visual information to the visual brain centers. Unfortunately, when dead, the RGCs cannot be replaced by any known method. The result is blindness.

Detailed studies of the pathogenesis of glaucoma began when animal models of glaucoma were created. The earliest model of experimentally induced glaucoma was in the monkey. Because of the cost of maintaining many monkeys, and for other ethical reasons, this line of research, which dealt with factors leading to RGCs and has been used to test many drugs, has limited use and has been mostly eliminated.

In 1995, we published the first animal glaucoma model in rats (Shareef et al. 1995), in which we could obtain chronically high IOP. This model protects the structure of trabecular meshwork, does not affect the ciliary nerve, and high IOP can be maintained for up to 6 months. The development of this model and numerous variations of this technique of cauterizing deep episcleral veins and the introduction of other models has allowed us and other scientists to conduct pharmacological trials of different combinations and concentrations to study the reduction in IOP and the elucidation of cellular and molecular mechanisms pertaining various aspect of glaucoma. The protection of RGC death has set the stage for the subsequent study in larger animals such as pigs. Using rats or mice as an experimental model allowed us to study the mechanism of RGC death following elevated IOP. Most studies in the pathogenesis of glaucoma have used this animal model.

Since the inception of animal models, hundreds of studies have been carried out that delt with detailed mechanisms of RGC death and neuroprotection of RGCs by various cell biological techniques. Due either to the use of different animal models or different methodologies, numerous controversies have arisen. For example, do RGCs die first and then their axons, or vice-versa?

The field of glaucoma studies has utilized numerous modern biological methods to answer the question of how to save RGCs from death:

The published data on glaucoma have become so large that it is deemed necessary to create an encyclopedia of scientific contributions that will enable students, post-doctoral fellows, residents, and clinicians to find out what has been accomplished and determine where further research is needed.

The methods cited above are just a few of the subtopics that will be included in the Encyclopedia of Glaucoma. 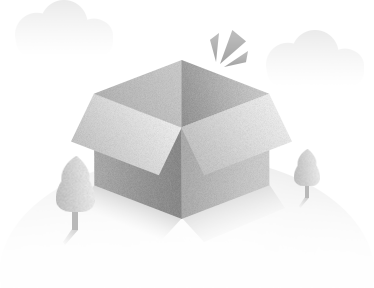 Sorry, there is no entry in this entry collection.

>>
Help
Top
Feedback
Feedback
Help Center
Browse our user manual, common Q&A, author guidelines, etc.
Rate your experience
Let us know your experience and what we could improve.
Report an error
Is something wrong? Please let us know!
Other feedback
Other feedback you would like to report.
Did you find what you were looking for?