In North American folklore, fearsome critters were tall tale animals jokingly said to inhabit the wilderness in or around logging camps, especially in the Great Lakes region. Today, the term may also be applied to similar fabulous beasts.

Fearsome critters were an integral part of oral tradition in North American logging camps during the turn of the twentieth century,[1] principally as a means to pass time (such as in tall tales)[2] or as a jest for hazing newcomers.[3] In a typical fearsome critter gag, a person would casually remark about a strange noise or sight they encountered in the wild, and another accomplice would join in with a similar anecdote. Meanwhile, an eavesdropper would begin to investigate, as Henry H. Tryon recorded in his book, Fearsome Critters (1939) —

Sam would lead with a colorful bit of description, and Walter would follow suit with an arresting spot of personal experience, every detail being set forth with the utmost solemnity, and with exactly the correct degree of emphasis. At the end, so deftly had the cards been played that the listener was completely convinced of the animal's existence. This method of presentation is widely used. For the best results, two narrators who can "keep the ball in the air" are necessary, and perhaps an occasional general question is tossed to someone in the audience, such inquiries being invariably accorded a grave, corroborative nod.[3]

Lumberjacks, who regularly traveled between camps, would stop to swap stories, which eventually disseminated these myths across the continent.[2] Many fearsome critters were simply the products of pure exaggeration; however, a number were used either jokingly or seriously as explanations for both unexplained and natural phenomena. For example, the hidebehind served to account for loggers who failed to return to camp,[4][5] while the treesqueak offered justification for strange noises heard in the woods.[3] A handful whether intentionally or unknowing mirrored descriptions of actual animals. The mangrove killifish, which takes up shelter in decaying branches after leaving the water,[6] exhibits similarities to the upland trout, a legendary fish purported to nest in trees.[7] In addition, the story of the fillyloo, about a mythical crane that flies upside-down, may have been inspired by observations of the wood stork, a bird that has been witnessed briefly flying in this manner.[8] In particular instances more elaborate ruses were created using taxidermy[9] or trick photography.[10] 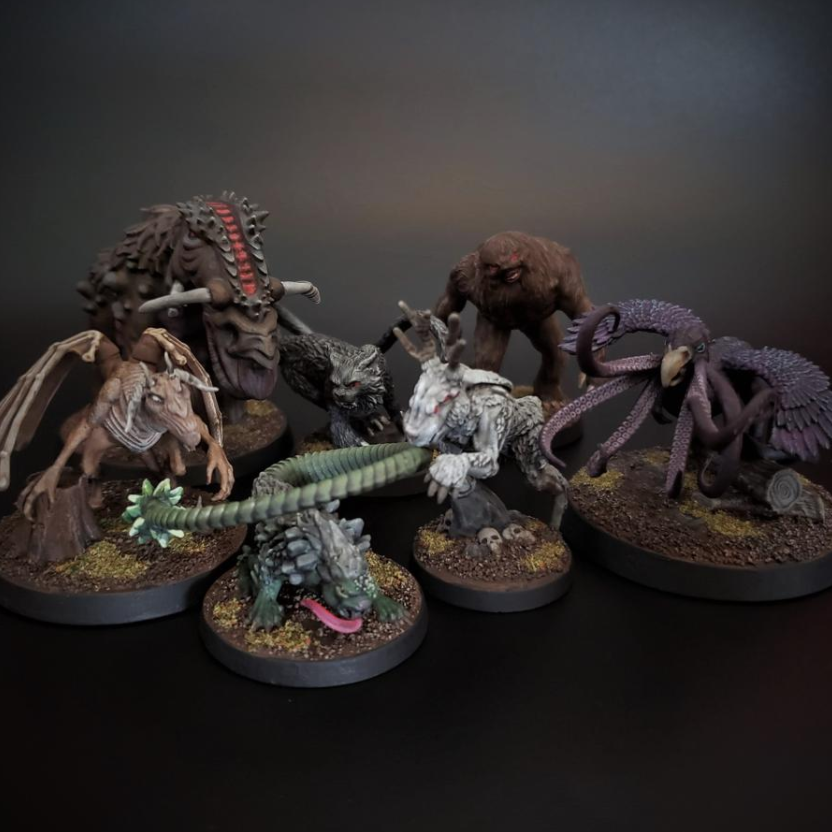 The character of the fearsome critters themselves was usually more comical than frightful.[1] Often the greater emphasis is placed on behavioral traits with little or no detail mentioned on their appearance, as in the cases of the hidebehind, teakettler,[11] squidgicum-squee,[12] and hangdown.[4] Some fearsome critters like flittericks or the goofus[5] appeared to be ordinary animals that just behaved out of the ordinary. The more physically emphasized and improbable creatures seem to be distinguished by how far the storyteller could push the boundaries of biomechanics. Both the tripodero[4] and snoligoster[2] demonstrate facets more in common with mechanical apparatuses than animals, and the hugag and sidehill gouger[3] seem to be more a play on applied physics than fanciful inspiration. While much of the literature that has been written on the subject echoes a naturalist's perspective, commonly specifying a range of distribution, behavioral habits, and physical appearance,[2][3][7] many of these myths were never as widespread as others. Consequently, it is common to find a lack of consensus on a specific fearsome critter, if not clear contradictions. To illustrate, the wampus cat differs widely in appearance depending on region. For instance, in Henry H. Tryon's Fearsome Critters, the wampus cat is described as having pantographic forelimbs[3] while in Vance Randolph's We Always Lie to Strangers, it is portrayed a supernatural, aquatic panther.[8]

The tendency to description of behavior without image is used to eerie literary effect by Manly Wade Wellman in employing a number of fearsome critters in his 1952 science fiction folk tale "The Desrick on Yandro," as well as commenting specifically on the lack of physical description for one of the beasts: "The Behinder flung itself on his shoulders. Then I knew why nobody's supposed to see one. I wish I hadn't. To this day I can see it, as plain as a fence at noon, and forever I will be able to see it. But talking about it's another matter. Thank you, I won't try."

In his 1939 book, Fearsome Critters, Henry H. Tryon recounted that "... much true folk-lore was born, lived and died with no chance of ever becoming a part of our permanent records. Without doubt this has happened to a good bit of woods lore." Consequently, firsthand records on fearsome critters are few in number. However, among some of the more significant sources to record fearsome critter stories directly from loggers, hunters and other forest tradesmen, listed chronologically, are:

Additionally, in 1922 and 1925, veteran guide Art Childs published an illustrated newspaper column entitled, Yarns of the Big Woods that featured fearsome critters from oral traditions. Additionally, many of the aforementioned texts has since been made freely available online, yet others are still under copyright. 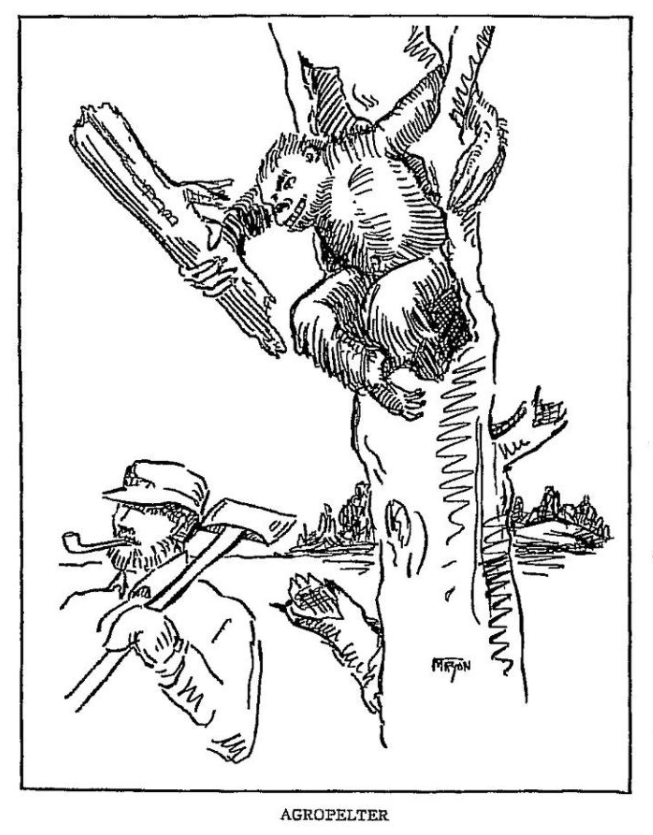 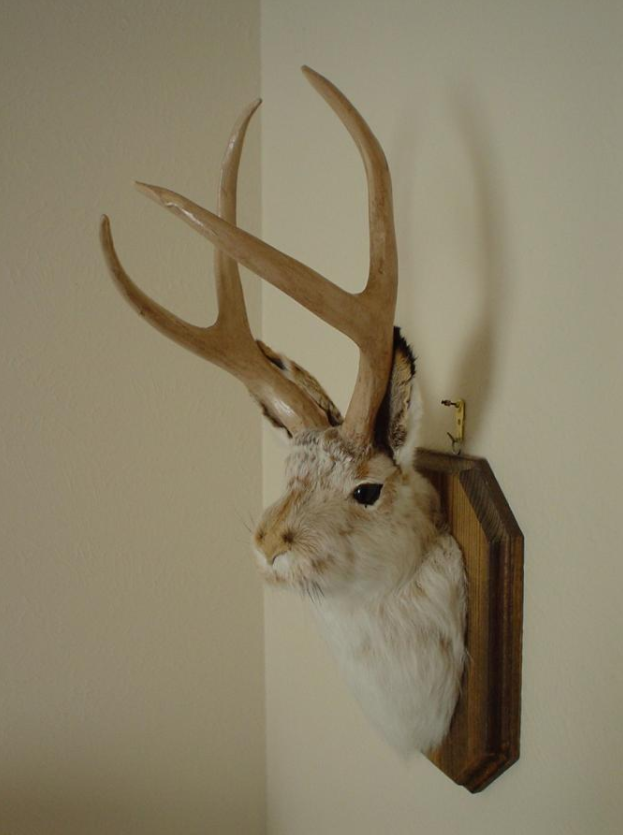 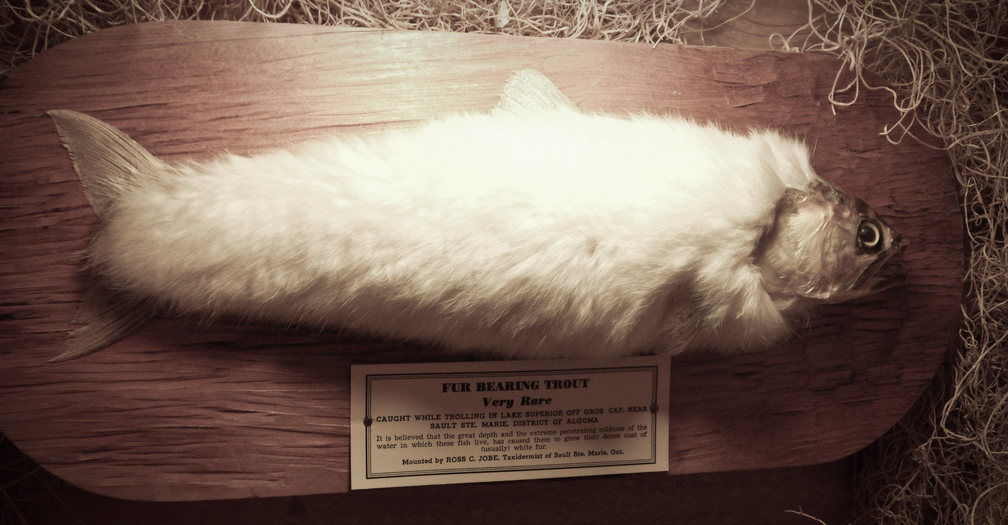 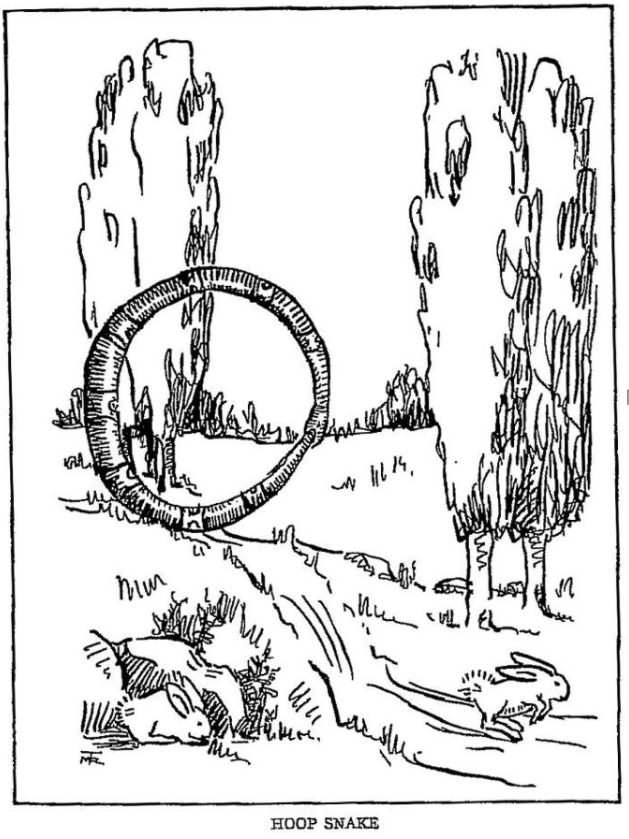