Risk stratification in patients with acute PE is necessary to determine the initial therapeutic approach. Determining the correct initial therapeutic regimen is very important because the risk of early mortality in normotensive patients is still high and amounts to 2–8%, while in patients presenting with cardiogenic shock it is up to 30%, and in the case of the need for cardiopulmonary resuscitation, the risk of early mortality increases up to 65% [43]. Initial stratification is based on clinical symptoms and signs: hemodynamic status at initial presentation, PESI score (Pulmonary Embolism Severity Index) and simplified PESI score (sPESI), and the presence of RV dysfunction based on transthoracic echocardiography results and biomarker values (Troponin and BNP-a) [4,44][4][44]. Cardiac troponin, a marker of myocardial damage, was shown to be a significant predictor of early mortality in patients with PE, and the presence of positive troponin even in the case of low risk, as assessed by the PESI score, indicates higher early mortality [45]. RV pressure overload due to PE is associated with increased myocardial distension causing the release of BNP and N-terminal pro BNP (NT pro BNP). Natriuretic peptide levels reflect the severity of RV dysfunction in acute PE [46].
All patients with PE can be classified into three risk categories: low, intermediate and high. Patients who are hypotensive (systolic blood pressure less than 90 mmHg) or in shock (systolic blood pressure less than 80 mmHg) on admission belong to the category of patients with high-risk PE (about 5% of PE cases) [4,47][4][47]. Such patients should be treated with thrombolytic therapy and/or embolectomy (Figure 1). 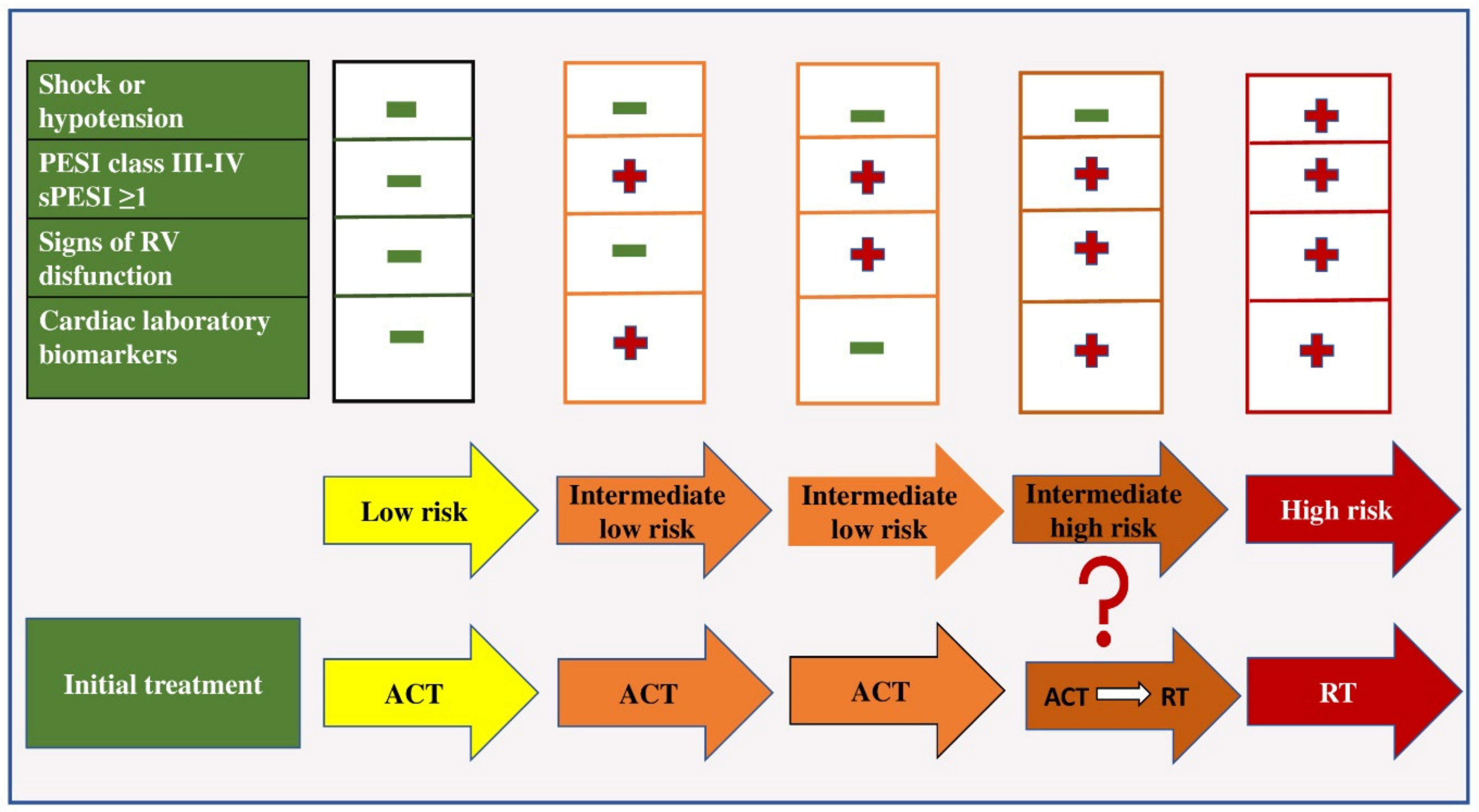 Figure 1. Early mortality risk and initial treatment in patients with acute pulmonary embolism. Legend: ACT—anticoagulant therapy; RT-reperfusion therapy; PESI—The Pulmonary Embolism Severity Index Score; sPESI—simplified Pulmonary Embolism Severity Index Score.
In the group of patients in whom hemodynamic instability is not present, further risk stratification is based on the assessment of prognostic criteria, namely clinical, visualization and laboratory indicators (mostly related to proving the presence of RV dysfunction). Patients with a low risk of early mortality are normotensive on admission, have a sPESI score of less than one, have no RV dysfunction on echocardiographic examination and have negative biomarker values and are treated with anticoagulant therapy [48].
Patients with an intermediate risk of early mortality are hemodynamically stable on admission and have an sPESI score greater than one. If they have positive values or biomarkers or signs of RV dysfunction proven by echocardiography, they belong to the group of patients with intermediate–low risk and they should be treated with anticoagulant therapy [4]. If these patients have positive biomarker values and the presence of RV dysfunction, they belong to the intermediate–high risk group and are initially treated with anticoagulant therapy, and in case of hemodynamic decompensation, with thrombolytic therapy [49].
It is also important to note that the risk of pulmonary embolism is a dynamic category, so the initially set therapeutic decision can be changed depending on the patient’s clinical condition. Choosing the right initial treatment for PE patients not only affects their survival, but also reduces the frequency of post-thromboembolic pulmonary hypertension, which worsens the long-term prognosis of these patients and reduces their quality of life.