In the introduction of a recently published paper [1] [1] I have followed the evolution of studies of SUMA, initially in two different directions: colloid science and supra molecular chemistry, both starting still in the 19th century, as well as the evolution of Liquid Crystals (LC), both as thermotropics (dependent on temperature) and as lyotropics (dependent on relative composition). Polymers are known since antiquity, as well as soaps, and found uses before initial rationalization, in the 19th century. Changes occurred when the so called Exact Sciences evolved, with the integration of Chemistry with Physics, at the turn of the 19th to the 20th century. Modern Physics came after the definition of Chemistry as a true Science, with the construction of the periodic table of the elements. In the early 1900’s Physics found its way focusing on quantum mechanics and turning to the microscopic world below the hydrogen atom, while chemistry focused on molecules and above, towards the human world, and chemical industries helped to change human societies. Quantum chemistry dominated the scene in chemistry until the discovery of the structure of DNA, in the 1950’s. The second half of the 1900’s saw the emergence of biochemistry and molecular biology, a serious attempt of integration of the natural sciences. References on these subjects can be found in [1].

Here the focus is on some experimental results on problems which draw my attention and could be solved with specific theoretical approaches, based on simple physical concepts. I have selected one subject from [1] [1] for this entry. 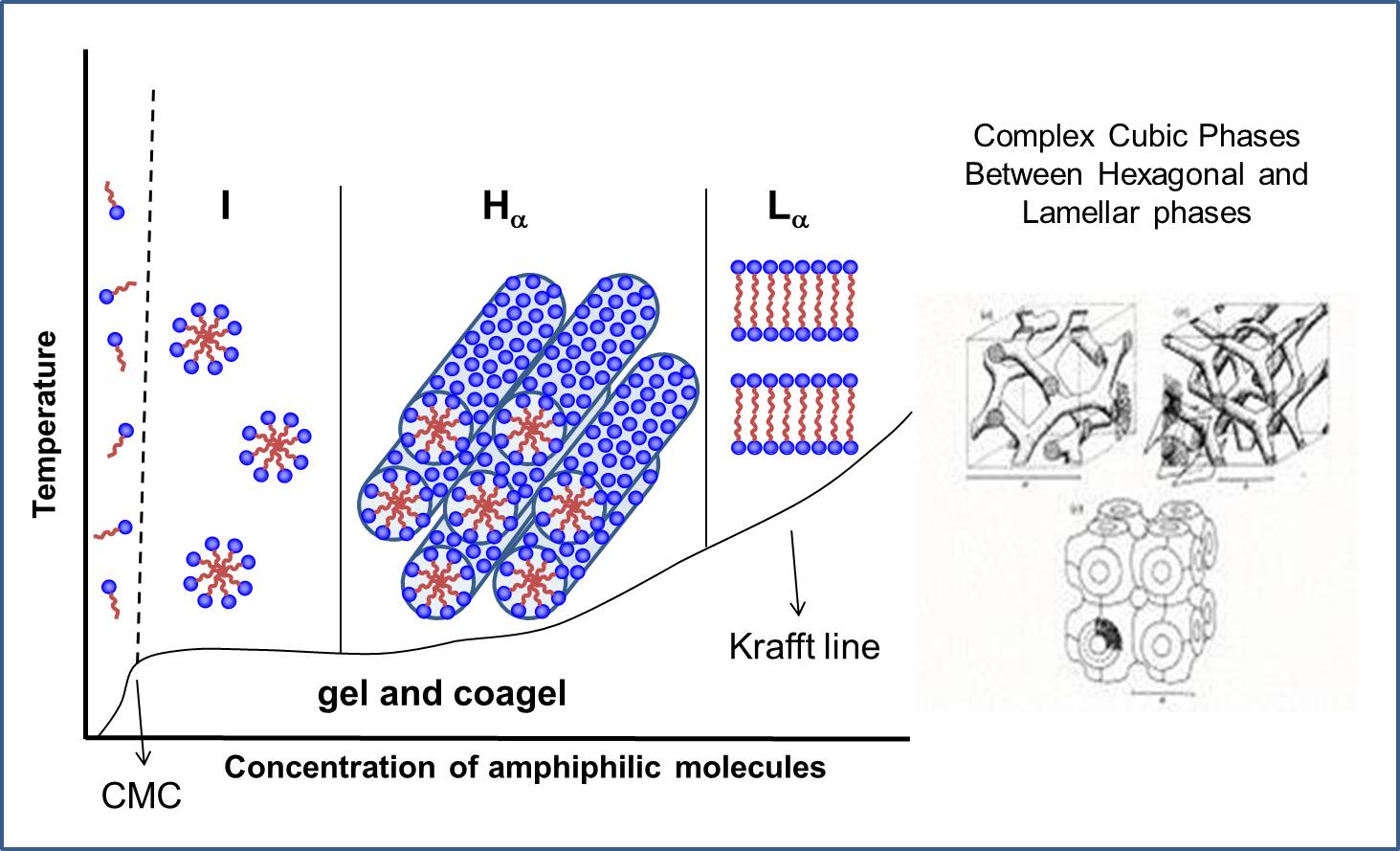 Here should come the same figure as in the Cover

When the existence of the two uniaxial nematic phases was discovered by the chemist (prof. Reeves) with whom I interacted to propose the research project at IFUSP [4], they were classified as Type I and Type II, depending on their orientation on the magnetic field by NMR measurements on samples of detergent / deuterium / additives (decanol and /or salt), with positive and negative bulk diamagnetic anisotropy. A next paper was published [5] [5] with a table summarizing all the phases known at that time, which already defined Type I as cylindrical (CM) and Type II as discotic (DM) micelles, and their relationship to the parent “hexagonal” and “lamellar” lyotropic liquid crystals. They also had different surface orientations, so that it was very clear that micelles changed symmetry with changes in composition.