HCodgkin lymphoma (HL) is composed of many reactmprehensive and only a few cancer cells, so-called Hodgkin and Reed-Sternberg (HRS) orconcise review on the current knowledge of genetic aberrations in Hodgkin lymphocyte predominant (LP) cellsma. 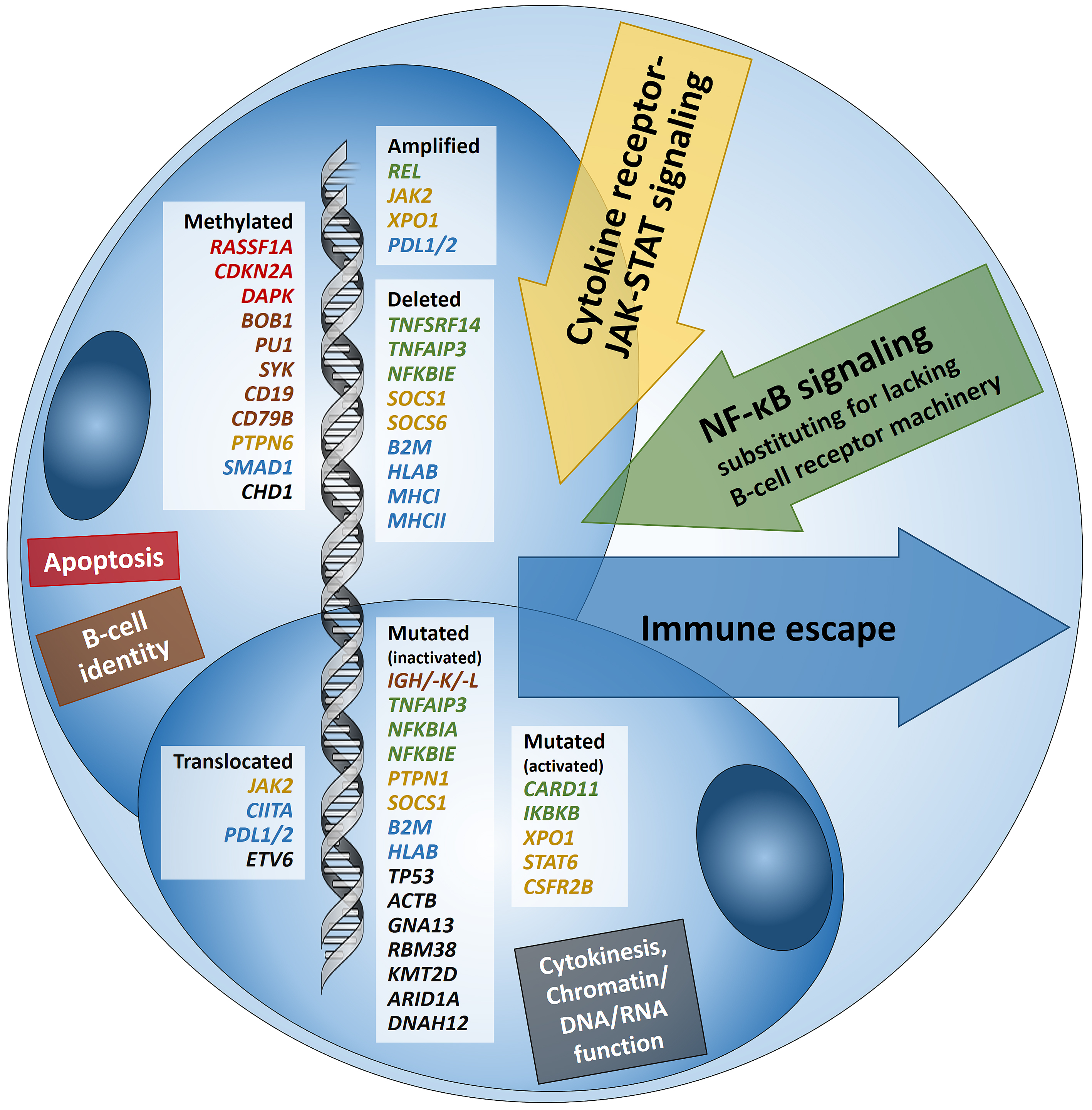 Figure 1Figure legend: Summary of known genetic aberrations in classic Hodgkin lymphoma (cHL) arranged according to aberration type and color-coded according to the affected cellular process that they dysregulate in Hodgkin and Reed-Sternberg cells; genes encoding for proteins related to apoptosis are in red, to B-cell identity—in brown, to cytokine (mainly JAK-STAT) signaling—in orange-gold, to NF-κB signaling—in green, to immune escape—in blue, and to cytokinesis, chromatin/DNA/RNA functions—in black.