+1 point
Thank you for your contribution! You can also upload a video entry related to this topic through the link below: https://encyclopedia.pub/user/video_add?id=36168
Check Note
2000/2000
Thelma Estrin 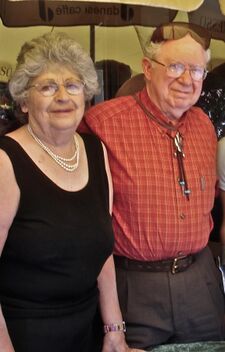 Thelma Estrin (February 21, 1924 – February 15, 2014[1]) was an American computer scientist and engineer who did pioneering work in the fields of expert systems and biomedical engineering. She was one of the first to apply computer technology to healthcare and medical research. She was professor emerita in the Department of Computer Science, University of California at Los Angeles.

Thelma Austern was born in New York City and attended public schools there. Demonstrating an early aptitude for mathematics, she began her higher education at City College of New York, initially planning to become an accountant. At City College she met Gerald Estrin in 1941; they were married when she was seventeen. When Gerald Estrin entered the Army during World War II, Thelma took a three-month engineering assistant course at Stevens Institute of Technology in 1942, and soon after she then began working at Radio Receptor Company building electronic devices where she developed an interest in engineering.[2]

She began to develop an interest in engineering while working at Radio Receptor Company. After the war, Thelma and Gerald Estrin both entered the University of Wisconsin-Madison, where they both earned degrees in electrical engineering. Thelma received her BSc in 1948, her MSc in 1949, and her PhD in 1951.[3]

They moved to Princeton, New Jersey, in the early 1950s, where Gerald joined the Institute for Advanced Study at Princeton and became associated with the group that formed around John von Neumann. Thelma obtained a research position in the Electroencephalograph Department of the Neurological Institute of New York at Columbia Presbyterian Hospital in New York City, where she developed an interest in biomedical engineering.[4]

Gerald obtained a teaching position at UCLA in 1953 and they moved to Los Angeles . When Thelma's husband began working at UCLA, she was not able to work there too because of nepotism, so she started working at a junior college, Los Angeles Valley College in San Fernando Valley, CA, where she taught drafting. Shortly afterwards she and Gerald went to Israel, where they helped to build the first computer there, the Weizmann Automatic Computer, or WEIZAC, in 1954. After their return, Thelma became associated with the Brain Research Institute at UCLA in 1960, and organized the Institute's Data Processing Laboratory in 1961; she served as director of the Data Processing Laboratory from 1970 to 1980.[5] During her tenure she designed and developed one of the first analog-to-digital conversion systems that could convert analog signals from electroencephalograms (EEG) to digital signals.[6]

In 1980, she accepted a position as professor in the Computer Science Department of the School of Engineering and Applied Science. From 1982 to 1984 she held a rotating position at the National Science Foundation as director of the Electrical, Computer, and Systems Research Division.[6] She has served as president of the IEEE Engineering in Medicine and Biology Society,[7] and the first female executive vice president of IEEE.[8]

Estrin published a 1996 paper on women’s studies and computer science to discuss the intersections of the two disciplines as they "both evolved as academic disciplines in the 1960s, but they evolved along very different paths."[9] In this paper, Estrin connects feminist epistemology and its pedagogical values to ways computer science could become "more relevant for minority and low-income students." [9] Estrin explains that women's studies did not broach the science and engineering subfields of computing and biomedical engineering, which she says were "creating tools for exploration of women's health and reproductive rights," until 25 years after its founding; instead, women's studies focused on the "immediate experience of women" through humanities disciplines.[9]"Women's studies," Estrin writes, "implies that we expand the world of science and technology from its patriarchal history, which consider these disciplines as inherently masculine."[9] She writes that women's studies seeks to "understand the elements of gender in the social and political situations" and it is necessary in order to "widen women's access to technology."[9]

In 1984, she received the IEEE Centennial Medal.[6] In 1989 she was awarded the honorary degree of doctor of science from the University of Wisconsin-Madison. She was awarded a Fulbright Fellowship at the Weizmann Institute in Israel to study EEG patterns in epileptics in 1963.[10] She received an Outstanding Engineer of the Year Award from the California Institute for the Advancement of Engineering, an Achievement Award from the Society of Women Engineers (1981), the inaugural Service Award (1982) by the Association for Women in Computing,[11] the IEEE Haraden Pratt Award (1991),[12] and the Superior Accomplishment Award from the National Science Foundation. She was a Fellow of IEEE, a Fellow of the American Academy of Arts and Sciences, and a Founding Fellow of the American Institute for Medical and Biological Engineering.

Estrin retired at the age of 67 in July 1991.[13] Thelma Estrin had three daughters. Margo Estrin is a medical doctor, Deborah Estrin is a computer scientist, and Judith Estrin is a corporate executive.[1][5]