+1 point
Thank you for your contribution! You can also upload a video entry related to this topic through the link below: https://encyclopedia.pub/user/video_add?id=31865
Check Note
2000/2000
Stingless Bee Honey as Antidepressant

Depression is a debilitating psychiatric disorder impacting an individual’s quality of life. Conventional treatments include tricyclic antidepressants (TCAs), norepinephrine–dopamine reuptake inhibitors (NDRIs), monoamine oxidase inhibitors (MAOIs), and serotonin reuptake inhibitors (SSRIs). Despite numerous pharmacological strategies utilising conventional drugs, the discovery of alternative medicines from natural products is a must for safer and beneficial brain supplement. Stingless bee honey (SBH) has been proven to contain a high level of antioxidants compared to other types of honey.

Depression is a psychiatric disorder characterized by psychological, behavioral and physiological symptoms that include a persistent low mood, marked loss of pleasure in most activities, poor concentration, disruptions in appetite and sleeping patterns, cognitive impairments, feelings of worthlessness, excessive guilt, and suicidal thoughts [1]. It is the leading cause of disability worldwide that poses a high emotional and financial burden [2][3]. The World Health Organization (WHO) estimated that depression will be declared a global burden by the year 2030 [4] affecting an estimation of 300 million people from all age categories [5].
Depression covers various subtypes and etiologies [6] from monoamines to inflammatory and neurotrophic propositions. In the 1960s, the “catecholamine hypothesis” appeared as a popular monoamine hypothesis for explaining depression development. It suggested that serotonin (5HT) deficiency and noradrenaline (NA) creates depression [7][8][9]. The inflammatory hypothesis proposes that depression is caused by the interaction of inflammatory cytokine with the hypothalamic–pituitary–adrenal (HPA) axis, consequently affecting the synthesis and reuptake of neurotransmitters [10][11], which subsequently triggers glucocorticoid resistance, glutamate excitotoxicity, and the reduction of brain-derived neurotrophic factor (BDNF) expression [12].
Since BDNF is reduced in the onset of depression, the neurotrophic hypothesis has become one of the critical etiologies of antidepressant progression. This hypothesis states that neurotrophic factors are essential to the development of neurons by promoting synaptic growth and maintaining neuronal survival. They play a crucial role in neuronal network formation and plasticity. On the contrary, the reduction of neurotrophic factors is implicated in the atrophy of stress-vulnerable hippocampal neurons, such as depression and cognitive disorder [13]. This deficiency is believed to be reversed by antidepressant treatments that contribute to the resolution of depressive symptoms [14].
Since the number of depression cases is increasing day by day, the discovery of new treatments is imperative. At present, there is a vibrant demand for new treatment strategies since the flaws of conventional treatments are striking. For instance, many sources purport that antidepressants have a therapeutic delay onset, taking weeks rather than days to become effective [15][16]. Prolonged exposure to antidepressant drugs imposes susceptibility to adverse side effects, such as interferences in sexual functioning, gastrointestinal disturbances, altered sleep pattern, and weight gain [17][18][19][20][21][22]. Moreover, 30% of patients have been reported to be non-compliant with currently available treatments [23][24][25]. Thus, there is a dire need for the development of new antidepressant treatments with better efficacy and that are safer for patients [26].
This has caused an urgent call for complementary and alternative medicines in treating depression [27]. Honey, which contains a variety of active compounds beneficial to brain regulation and treats emotional and psychological disorders including depression [28][29][30] is one of the natural products serving as an alternative medicine [31].

The complex biological properties of SBH consist of amino acids (phenylalanine, alanine, tyrosine, and valine), phenolic compounds, carbohydrates, organic acids, vitamins, minerals, lipids, and enzymes [32][33][34][35][36]. They have potential roles in the regulation of signaling pathways in depression development. The amino acid that is highlighted is phenylalanine. Phenylalanine is an essential amino acid that needs to be ingested through diet since it is not naturally synthesized by the body [37]. It is an important amino acid for the synthesis of neurotransmitters and a precursor for dopamine and NA [38]. This can be related to the role of SBH as a prophylactic against depression, which is in line with the monoamine hypothesis. The monoamine hypothesis, which was explained earlier, stated low levels of neurotransmitters in depressed patients as well as in animal studies. Furthermore, the role of NA has been emphasized in attenuating microglial activation in the brain, thus inhibiting pro-inflammatory cytokines (inflammatory hypothesis) as well as enhancing the production of neurotrophic factors (neurotrophin hypothesis) for neurogenesis in the brain [39]. Moreover, neurotransmitters have been reported to enhance BDNF release in the brain [40]. Therefore, neurotransmitters and BDNF have a bilateral effect that can ameliorate depressive behavior. This indicates that the administration of SBH during depressive episodes could regulate the deficiency of neurotransmitters as well as BDNF, which is important to the neurological process. The regulation of the neurological process during depressive episodes would impede depressive behavior symptoms, such as sickness behavior, loss of motivation, and anhedonia [41][42][43].

Stingless bee honey (SBH) has high levels of phenolic compounds compared to other honey [44][45][46]. Examples of phenolic acids in SBH are p-coumaric acid, gallic acid, caffeic acid, chrysin, and apigenin [28][46][47][48]. Antioxidant properties in honey have been reported to strongly correlate with phenolic compounds [49][50][51]. The color intensity of honey is also an indicator of antioxidant activity due to the presence of pigments such as carotenoids and flavonoids [52]. According to Kek and colleagues (2014), SBH has higher color intensity compared to Tualang, Gelam, Pineapple, Borneo, and commercial honey [44]. Antioxidants are important as scavengers in preventing oxidative stress that leads to DNA damage [53][54]. The brain is a highly susceptible organ to the elevation of oxidative stress due to its high oxygen demand [55][56][57]. Several researchers have reported the neuroprotective effect that resulted from the polyphenol content in honey [29]. These studies support SBH as a potential antidepressant since depression is also related to oxidative stress within the brain [58][59][60]. According to Czarny and colleagues (2018), depressed patients had elevated reactive oxygen species (ROS) and nitrogen species (RNS) from oxidative DNA damage after depressive episodes [61].
The antioxidant activity in SBH can act as ROS scavengers that can regulate the mechanism of action to improve depression in patients. Antioxidants can cause prophylactic effects in depression since elevated ROS have been reported to affect BH4. In the inflammatory hypothesis, BH4 is briefly discussed as a cofactor for the biosynthesis of neurotransmitters 5HT, dopamine, and NA. The regulation of BH4 after the administration of SBH regulates neurotransmitters that consequently enhance mood, emotion, and behaviors after depressive episodes. Neurotransmitters are known for their role as modulators in brain activity. In addition, SBH possesses high intensity in terms of color pigment indicating the presence of flavonoids. Flavonoids found in honey activate the ERK and protein kinase B (PKB/Akt), leading to the activation of cAMP response element-binding protein (CREB), a transcription factor responsible for increasing BDNF expression [59].

Stingless bee honey (SBH) has been reported to possess anti-inflammatory properties [46][62]. According to Ranneh and colleagues (2019), SBH has an anti-inflammatory effect in the LPS animal model. The etiology of depression has been discussed in depth through the inflammatory hypothesis perspective, especially with regard to how inflammation affects depression. Inflammation is known to activate the kynurenine pathway in depression [63]. This pathway causes cascade effects through the elevation of ROS and glutamate toxicity as well as a reduction of 5HT and BDNF [64][65][66]. Due to its anti-inflammatory properties, SBH can also regulate BDNF, hence alleviating depression symptoms. This is also essential due to its bilateral effect on the regulation of monoamine systems, which is important in ameliorating symptoms of depression [14][67].
The immune system is very sensitive to oxidative stress and with moderate exercise, immune functionality can be enhanced [55]. Exercise also has been recognized as a useful non-pharmacological strategy to improve the treatment of depression [68][69]. Relaxation responses significantly reduced the neuropsychological scores tested, decreased cortisol, decreased the trend of NGF, and increased BDNF levels [68]. BDNF binds to the tyrosine kinase β receptor (TrKβ) and activates the phosphoinositide 3-kinase and Akt pathway, which inhibits the activity of glycogen synthase kinase-3 beta (GSK-3β) [69][70]. GSK-3β activity cleaves cadherin–β-catenin binding; therefore, GSK-3β inhibition stabilizes β-catenin, which regulates gene expression, synaptic plasticity, and neurogenesis, which in turn has antidepressant effects. A study using flavonoids found they seem to exert additional positive effects with exercise, where a combination of quercetin and exercise training exerted potent anti-tumor and anti-depressive effects through the suppression of inflammation and the upregulation of the BDNF/TrKβ/β-catenin axis in the prefrontal cortex of 1,2-dimethylhydrazine (DMH)-induced colorectal cancer-induced rats [69]. Thus, it is speculated that flavonoids in SBH express anti-inflammatory properties and are involved in the BDNF/ TrKβ pathway; however, the specification of active possible chemotherapeutic modality needs further investigation. This statement supports the potential of SBH as an antidepressant due to its anti-inflammatory properties.
Recent studies on treatment resistance in depressed patients have related the condition to inflammation. Patients with treatment-resistant depression (TRD) have been reported to show dysregulated inflammatory activity compared to non-TRD patients [71][72]. They also exhibited increased levels of inflammatory cytokines (IL-6, IL8, TNF-α, CRP, and macrophage inflammatory protein-1 (MIP)-1 alpha) that resulted in poorer treatment outcomes [73]. Inflammatory cytokines are known as critical mediators in the inflammatory response that disrupt the signaling pathways or mechanisms of action of conventional antidepressants [71]. Therefore, anti-inflammatory treatments might be effective in preventing TRD in patients [74].

In conclusion, stingless bee honey could regulate the detrimental effects during or after depressive episodes that can lead to prophylactic effects. Figure 1 summarized how the amino acid (phenylalanine), antioxidant, and anti-inflammatory properties of SBH have the potential to control depression symptoms according to the etiology of depression—the monoamine, neurotrophin, and inflammatory hypotheses—through neurotrophic factors and its antioxidant and anti-inflammatory properties. 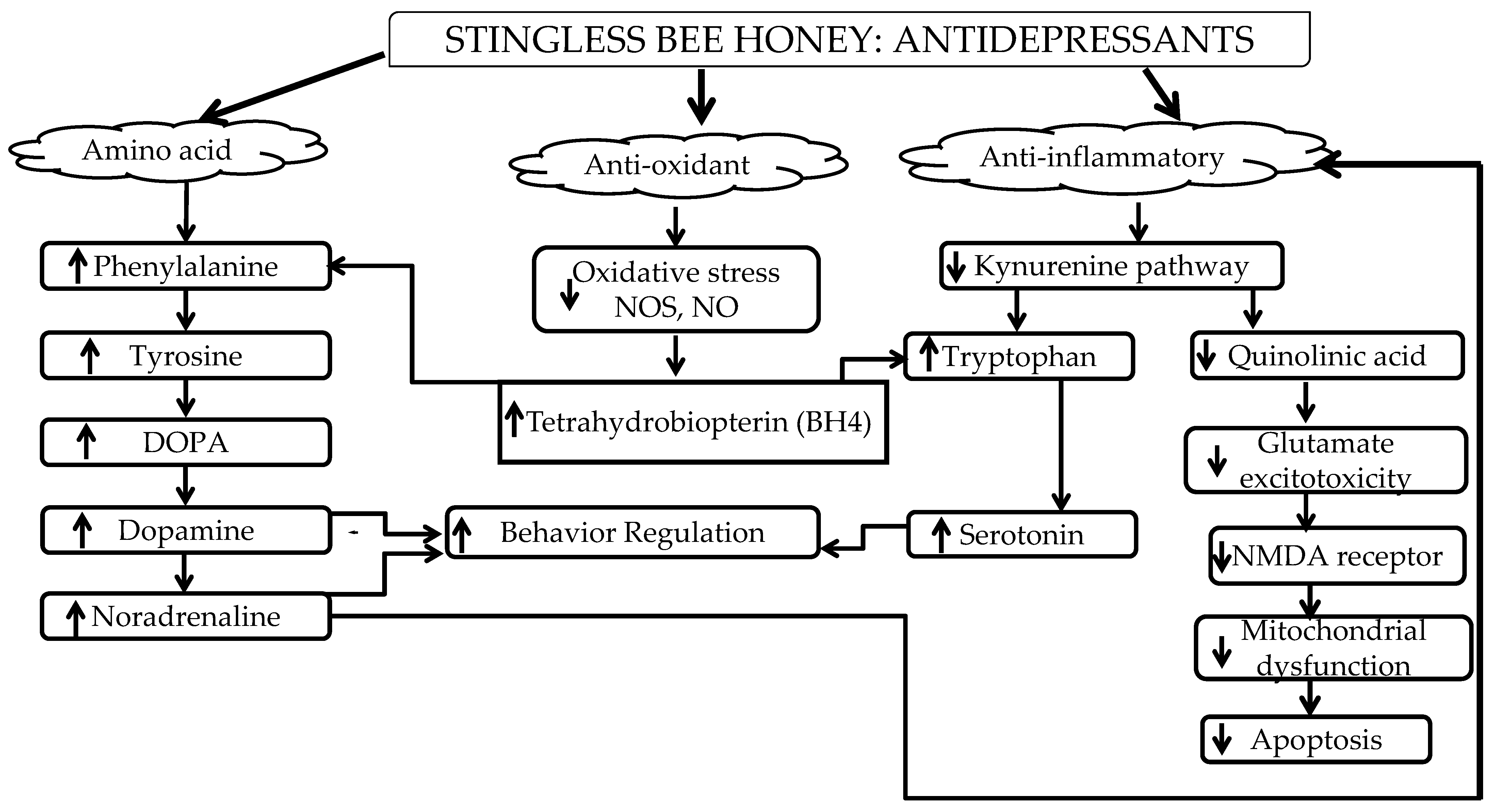 Figure 1. Summary of the anti-depressive effects of SBH.

More
© Text is available under the terms and conditions of the Creative Commons Attribution (CC BY) license; additional terms may apply. By using this site, you agree to the Terms and Conditions and Privacy Policy.
Upload a video for this entry
Information
Subjects: Others
Contributors MDPI registered users' name will be linked to their SciProfiles pages. To register with us, please refer to https://encyclopedia.pub/register :
Fatin Haniza Zakaria
,
Ismail Samhani
,
Mohd Zulkifli Mustafa
,
Nazlahshaniza Shafin
View Times: 35
Revisions: 2 times (View History)
Update Time: 30 Oct 2022
Table of Contents
1000/1000
Hot Most Recent