+1 point
Thank you for your contribution! You can also upload a video entry related to this topic through the link below: https://encyclopedia.pub/user/video_add?id=25746
Check Note
2000/2000
Epidemiology of Sudden Unexpected Death in Epilepsy

Epilepsy is a complex neurological condition with numerous etiologies and treatment options. In a subset of these patients, sudden unexpected death can occur, and to date, there are numerous explanations as to the pathophysiological mechanisms and how to mitigate these catastrophic outcomes. Approximately 2.3 million Americans have epilepsy, and nearly 150,000 people develop the condition each year. Sudden unexpected death in epilepsy (SUDEP) accounts for 2–18% of all epilepsy-related deaths and this is equivalent to one death in 1000 person-years of diagnosed epilepsy. It is more common in young adults aged 20–45. Seizures in the past year; the absence of terminal remission in the last five years; increased seizure frequency, particularly GTCS; and nocturnal seizures are the most potent modifiable risk factors for SUDEP. Patients not receiving any antiepileptic drug therapy are at higher risk of SUDEP. Patient education on medication compliance; care plans for seizure clusters (rescue medicines); epilepsy self-management programs; and lifestyle changes to avoid seizure-triggering factors, including avoiding excessive alcohol use and sleep deprivation, should be provided by health care providers. Continued research into SUDEP will hopefully lead to effective interventions to minimize occurrences.

As one of the most common, chronic, and debilitating neurological conditions, epilepsy is a major problem today. Approximately 2.3 million Americans have epilepsy, and nearly 150,000 people develop the condition each year. Almost half a million children (from 0 to 17 years old) have epilepsy in the United States [1].
The incidence of  Sudden unexpected death in epilepsy (SUDEP) varies greatly depending on the population studied, how epilepsy is recorded and how epilepsy is recognized among the population [2]. A study of the number of people with epilepsy per 1000 per year related to SUDEP found from 6.3 to 9.3 risks for epilepsy surgery candidates, from 1.1 to 5.6 risks for epilepsy clinic populations with a high proportion of refractory epilepsy patients, and from 0.35 to 2.3 risks for community residents with epilepsy (Figure 1A) [3]. SUDEP is estimated to be a lifetime risk of 7 percent overall or 12 percent for those with persistent epilepsy by age 40 [4]. It has been estimated that the cumulative lifetime risk is 35 percent [2].
SUDEP accounts for 2–18% of all epilepsy-related deaths [5]. SUDEP is estimated to occur in approximately 1.2/1000 person-years (PY) [6]. The incidence of SUDEP is low among young children, more prevalent among adolescents, highest in young adults and significantly decreased thereafter (Figure 1B) [7]. In this regard, the estimated incidence of SUDEP in children seems to be significantly lower (0.22/1000 PY) than in adults, but recent studies in children (>12 years) indicated a similar incidence to that of adults. 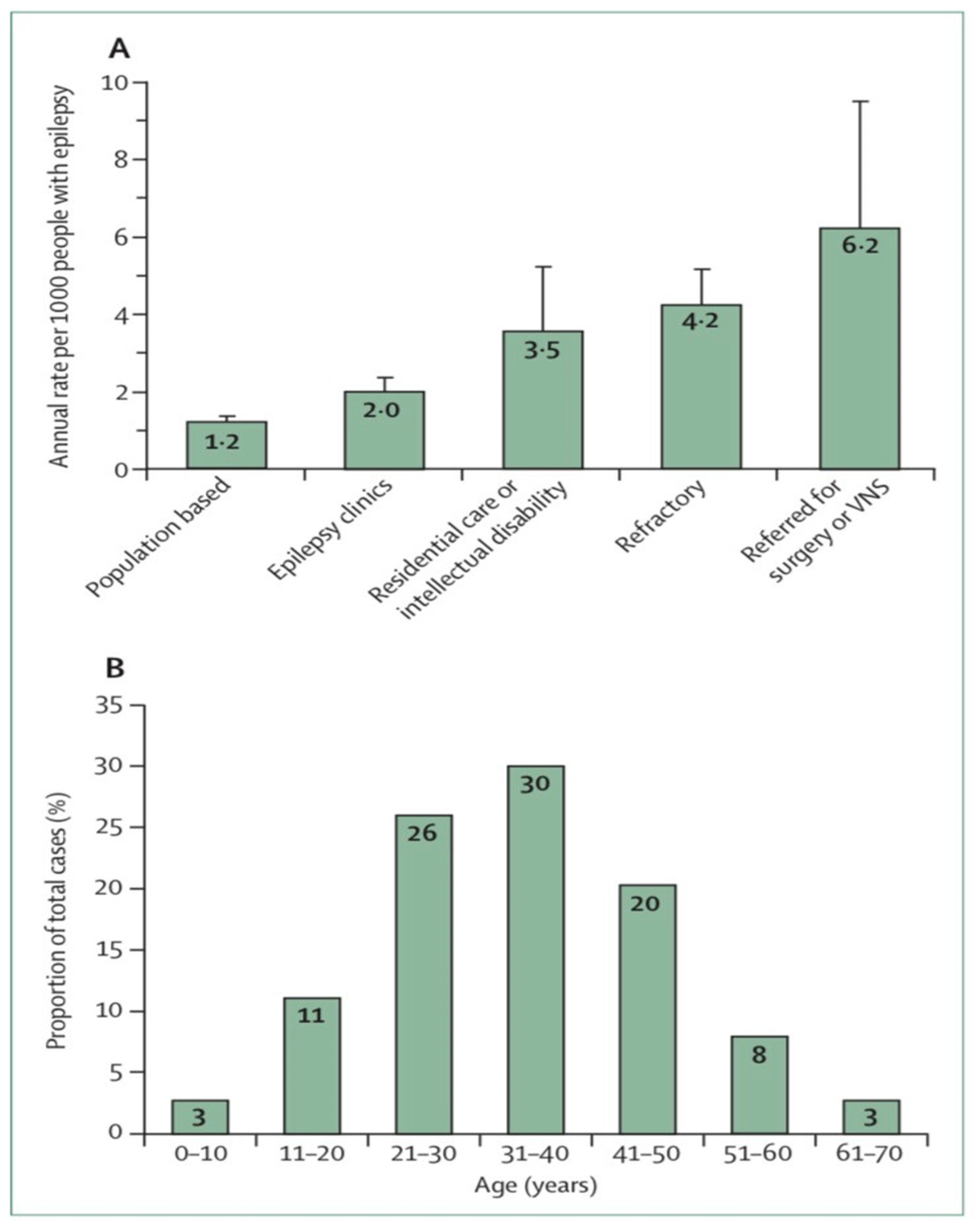 Figure 2. Top ten risk factors using adjusted ORs with corresponding 95% confidence intervals [10].
The frequency of seizures has been consistently identified as the leading risk factor, with the top two risk factors being three or more GTC seizures per year and thirteen or more seizures (any type) in the past year [11][12].
Antiseizure medications (ASM) treatment (previously known as antiepileptic drugs or AEDs) has also been extensively investigated with SUDEP. Patients not receiving any ASM therapy are at higher risk of SUDEP [13]. Polytherapy is another leading risk factor, with three or more ASMs associated with increased risk [12]. However, it is more likely that the risk associated with polytherapy is related to severe drug resistance and high seizure frequency rather than the number of ASMs [14]. Another risk factor is frequent changes in the ASM dose [12].
All these risk factors help clinicians identify the interventions that can help reduce the risk of SUDEP. Clinicians should strive to control GTC seizures aggressively and to make their patients seizure-free whenever possible.

Any process that affects or diminishes the blood supply to the heart and brain can be potentially fatal. Numerous hypotheses have been put forward to explain SUDEP, including cardiac, respiratory, cerebral, and autonomic dysfunctions.
Many genetic mutations due to their effects on cardiac, respiratory, and nervous system can potentially cause SUDEP. The Table 1 lists the genes associated with SUDEP.
Table 1. Genetic association with SUDEP.

Sudden cardiac arrest has been postulated as one of the mechanisms of SUDEP, and various studies and investigations have been performed to identify specific ECG findings associated with it. Transient prolongation of the QT interval during the peri-ictal state can lead to abnormal cardiac repolarization causing ventricular tachyarrhythmia [15][16][17]. Studies have also detected a shortening of the QT interval during seizures [17][18]. It is of particular interest in people with genetically determined short QT syndrome who have high chances of reentry tachycardia [19]. Another finding is ventricular late potentials associated with seizures, which can cause ventricular tachyarrhythmias [20].
The electrophysiological changes implicated in SUDEP have been linked with many ion channel abnormalities. The mutated SCN1A gene linked with Dravet syndrome is one of the most common gene mutations associated with SUDEP [21][22]. Other mutations include genes associated with long QT syndrome or those involved with controlling cardiac rhythm, such as KCNQ1, LQTS, KCNH2, SCN5A, and ryanodine calcium channels [22][23][24][25][26]. Many of these are expressed in the heart and brain, suggesting that their mutations can predispose an individual to seizure and cardiac arrhythmia [27][28][29].
Contrary to tachyarrhythmias associated with seizures, bradyarrhythmia and asystole have also been described [30]. Ictal bradyarrhythmia is caused by seizure-like activity in both temporal lobes, leading to either deactivation of the sympathetic system or activation of the parasympathetic system [31][32][33]. It is not clear whether this can lead to sudden cardiac death, but a cardiac pacemaker has been advised to manage these patients [34][35].
In some patients with epilepsy, stress-induced Takotsubo cardiomyopathy has been reported, especially after convulsive seizures or status epilepticus. It can impair myocardial contractility, causing cardiogenic shock, cardiac arrhythmias, and SUDEP [36][37].

It has been established that heart rate increases during seizures due to autonomic system involvement [38]. Autonomic system derangements associated with epilepsy include excessive sympathetic activity, low parasympathetic activity, high vasomotor tone, and severe dysautonomia [10][39]. An important risk factor for sudden cardiac death in intractable epilepsy and antiepileptic usage is decreased heart rate variability [40]. This decrease in heart rate variability is directly related to the duration of seizure disorder, use of antiepileptic drugs, and multiple drug therapy [41][42][43][44].

Peri-ictal hypoxemia has been reported in up to 25 percent of patients with SUDEP [17]. It can result from central apnea, airway obstruction, or pulmonary edema [45][46][47][48]. The risk is increased with longer seizure activity, temporal lobe involvement, or contralateral lobe involvement [49][50].
EEG findings suggest that cardiac and respiratory dysfunction are caused by disruptions in the autonomic networks during pathological cerebral activity. A retrospective study of EEG and ECG findings in monitored cardiac arrests revealed central apnea and bradycardia following a generalized tonic-clonic seizure after initial variation of heart and respiratory rates, showing altered cardiorespiratory function leading to SUDEP [51]. Another case–control study suggested a relation between prolonged postictal generalized EEG suppression (PGES) and SUDEP [52]. Although the association between PGES and SUDEP could not be replicated in a subsequent study, still, these studies were able to demonstrate that PGES follows convulsive seizures [53].
Figure 3 is an attempt to show the interactions between different mechanisms and risk factors that can potentially lead to SUDEP.

4. Treatment for the Prevention of Sudden Unexpected Death in Epilepsy

SUDEP is a devastating cause of premature epilepsy-associated death among children and adult patient populations with epilepsy. The prevention of this enigma is still an arduous task, as the exact pathophysiology of SUDEP is unknown. Measures aimed at reducing the risk of SUDEP largely target postulated theories on its pathophysiology and a few potentially modifiable risk factors in affected patients. These risk factors have been identified from case–control, cohort studies, and systematic reviews. Some of the proposed interventions are highlighted below.

Several societies, including the American Academy of Neurology (AAN), strongly recommend discussing tailored information about SUDEP with patients and their relatives. However, there is no evidence that the disclosure of SUDEP risk to patients is associated with improvements in medication compliance, changes in anxiety levels, or protection from SUDEP [54]. Some experts have opined that it fosters a “truth-telling relationship” between doctors and their patients while helping to define treatment goals.
Additionally, patient education on medication compliance; care plans for seizure clusters (rescue medicines); epilepsy self-management programs; and lifestyle changes to avoid seizure-triggering factors, including avoiding excessive alcohol use and sleep deprivation, should be provided by health care providers [55].

SUDEP prevention is an important aspect of achieving seizure control with effective epilepsy treatment [56]. The risk of SUDEP is greater in patients with a higher burden of GTCS (generalized tonic-clonic seizures) [57]. Hence, adjunctive anti-seizure medications and referral for surgical evaluation of lesional epilepsy to reduce the frequency of GTCS is protective.

A variety of seizure detection devices (bed sensors, alarms, and heart rate monitors) are currently available for detecting cardiorespiratory distress, thus prompting early intervention when necessary. Their use should be individualized based on a patient’s seizure profile, as evidence to support their effectiveness in preventing SUDEP is lacking. More clinical studies are required to ascertain their role in the SUDEP prevention algorithm [54][56].

Safety (ventilated foam) pillows and nocturnal supervision have been hypothesized to reduce the impact of post-ictal airway compromise, especially when sleeping in the prone position. There are no data to support the role of safety pillows, but there is limited low-quality evidence that corroborates the benefit of nocturnal supervision in preventing SUDEP. Hence, timely supervision and prompt administration of emergency treatment post-seizure recovery are advised, especially in patients with frequent nocturnal seizures [54][56].

4.5. Reducing Brain and Brainstem Depression from Endogenous Opioids and Adenosine

The termination of seizures is typically preceded by a surge in endogenous opioids and adenosine, which can lead to postictal apnea when in excess. Medications, including naloxone and caffeine, have been used in a few studies to attenuate the effect of endogenous opioids and adenosine, respectively. However, due to the lack of data on this intervention, there is no compelling evidence to support their benefit or use in preventing SUDEP [55].

Standard cardiac and phrenic nerve pacing holds the potential to prevent cardiorespiratory failure. This needs to be explored further as prevention modalities in the SUDEP algorithm.

More
© Text is available under the terms and conditions of the Creative Commons Attribution (CC BY) license; additional terms may apply. By using this site, you agree to the Terms and Conditions and Privacy Policy.
Upload a video for this entry
Information
Subjects: Neurosciences
Contributors MDPI registered users' name will be linked to their SciProfiles pages. To register with us, please refer to https://encyclopedia.pub/register :
Teri B. O’Neal
,
Sanjay Shrestha
,
Harsimar Singh
,
Ihianle Osagie
,
Kenechukwu Ben-Okafor
,
Elyse M. Cornett
,
Alan D. Kaye
View Times: 147
Revisions: 2 times (View History)
Update Date: 02 Aug 2022
Table of Contents
1000/1000
Hot Most Recent