Submitted Successfully!
Thank you for your contribution! You can also upload a video entry related to this topic through the link below:
https://encyclopedia.pub/user/video_add?id=21084
Check Note
2000/2000
Elderberries
Edit

Elderberries have been known for thousands of years as having nutritional and healing properties. The phytotherapeutic principles found in elderberry fruits give them antiviral, antibacterial and antidiabetic properties, antitumor potential, antioxidant, antidepressant and immune boosting properties, as well as a certain impacts on obesity and metabolic dysfunctions.

Described as a medicinal plant since ancient times, the black elder (Sambucus nigra) is found in abundance in the spontaneous flora (Figure 1). 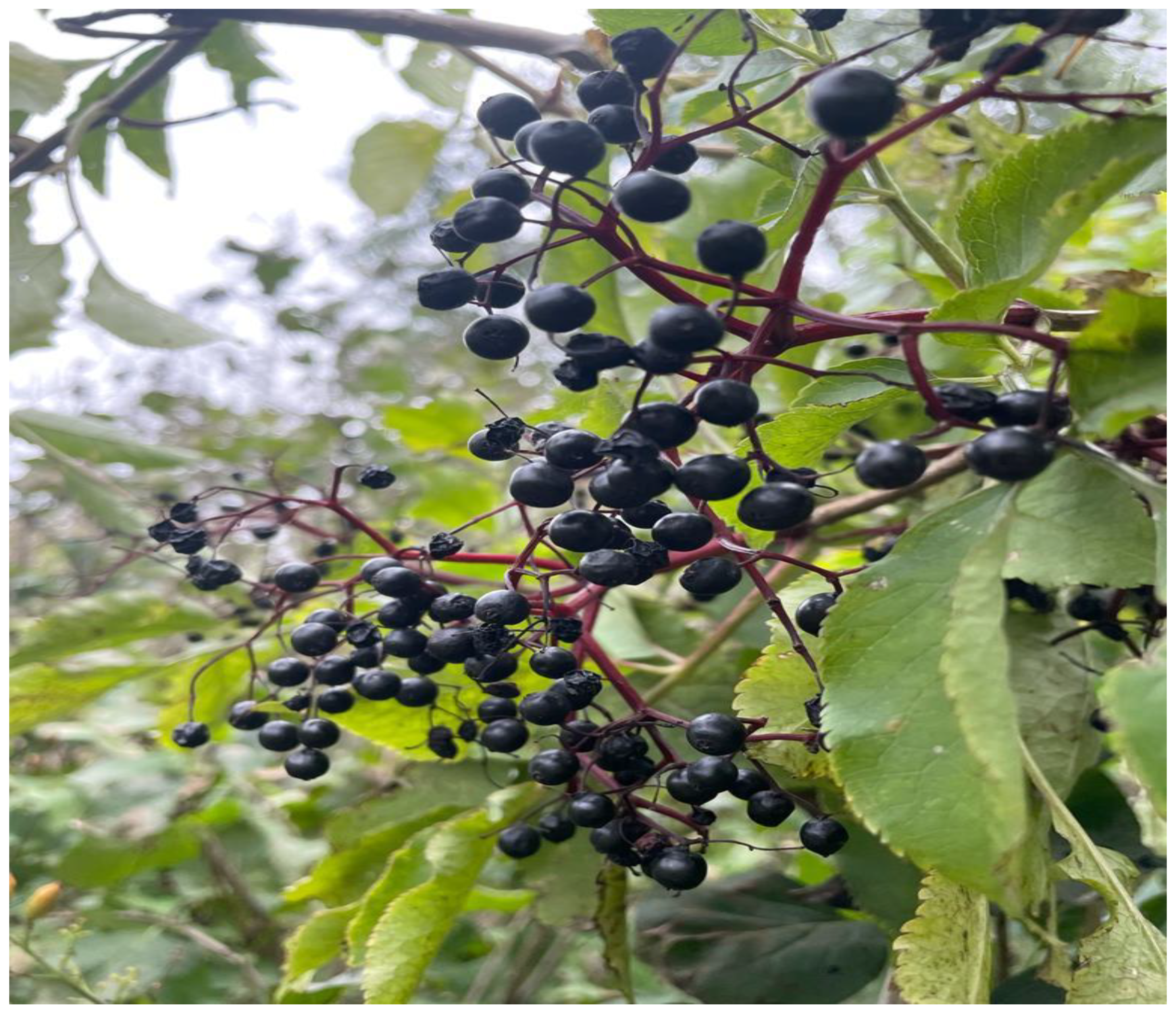 Figure 1. Elderberries found wildly grown.
Since ancient Egypt, there is evidence of the use of black elder for the treatment of many diseases, in various medicinal formulas, as well as food [1]. Various parts of the plant have been used over the years not only by the population of the Mediterranean basin and surrounding regions [2][3][4] but also by Native Americans [1]. In the 5th century BC, data from Hippocrates, Dioscoridis and Pliny described the use of drugs prepared from Sambucus nigra [5].
Germany has the largest production of elderberries in the world, followed by Austria. According to the German Federal Statistical Office, elderberries production amounted to 1576 tons (580 ha) in 2013 and 1759 tons (583 ha) in 2015 [6]. In Austria, the total harvest of elderberries varied between 7.3 and 10.1 thousand tons between 2013 and 2015.
In the past, both the bark and the leaves, flowers, fruits and elder roots were used to make medicines. Although S. nigra is not generally considered poisonous, isolated cases of poisoning in animals and man have been reported after eating the bark, leaves, berries, roots and stems [7]. Apart from flowers and ripe fruit, all parts of this shrub contain sambunigrin, a poisonous cyanogenic glycoside, so they are no longer used as recognized remedies, except for those obtained from elder flowers and ripe elderberries. Cyanogenic glycosides can be harmful to animals and humans when they are in excess of 0.5 and 3.5 mg per kg/body. It is also known that it is possible to reduce high levels of cyanide during boiling, fermentation and drying [8].

Sambucus nigra, known as black elder, is part of the Adoxaceae family, being a shrub of 3–8 m, with the appearance of a bush, with a wide spread in the spontaneous flora of Europe, North Africa, Asia and America. It includes 20–30 varieties and grows preferably in sunny places, on any type of soil and at various altitudes, still preferring alkaline soils.
In Eastern Europe, the distribution of the plant ends at about 55° E. The altitude limit depends on latitude (e.g., 900 m a.s.l. in the Tatra Mountains and 2200 m a.s.l. in the Atlas Mountains).
Tutin et al. [9] describe this shrub as having arched, brownish-gray branches. The leaves are opposite, imparipinnate, elliptical-lanceolate, with serrated, hairy edges. The flowers are small, white and are united in umbel-shaped inflorescences, each flower having a calyx with five teeth, a corolla with five petals, five stamens with yellow anthers, an ovary and three stigmas. The fruit is a bacciform, globose drupe, up to 6 mm in diameter, black and shiny. Each drupe contains 3–5 seeds inside. Seed ripening is determined by average temperatures. Seeds below 7.2 °C cannot mature [10].
The black elder grows especially in soils rich in nitrogenous bases and rich in phosphates. High levels of phosphate, potassium and mineralizable nitrogen have been observed in a number of soils in S. nigra sites [7].
Sambucus nigra prefers alkaline soil, however, it is able to grow on another type of soil, even with a pH ranging from 4.2 to 8.02 [11].

The chemical composition of Sambucus nigra fruit is rich and depends on various factors, such as the variety, location, ripening stage and climatic conditions [12].
The following nutritional and phytotherapeutic principles can be found in 100 g of fresh elderberries (Table 1):
Table 1. Nutritional and phytotherapeutic principles found in 100 g of fresh elderberries.
In a meta-analysis published in an article [14], researchers can find data from existing studies on the chemical composition of elderberries (Table 2):
Table 2. Chemical composition of elderberries.
Tejero et al. [15] show that Sambucus contains a number of organic compounds that probably matter for their medicinal properties. These include simple phenolic acids, including complex polyphenols flavonoids with anthocyanidins and tannins being identified in particular. Major flavonoids present in elderberries are: quercetin-3-O-rutinoside, quercetin-3-O-glucoside, kaempferol-3-O-rutinoside, isorhamnetin-3-O-rutinoside, isorhamnetin-3-O-glucoside and 5-O-caffeylquinic acid. Two flavonol glycosides, Isorhamnetin-3-O-monoglycoside and quercetin-3-O-monoglycoside, have antiulcerogenic activity. Among anthocyanidins, cyanidin-3-O-sambubiozides, cyanidin-3-sambubiozides-5-glucosides, cyanidin-3-O-glucoside and cyanidin-3,5-diglucoside are the most abundant anthocyanins in S. nigra ripe fruit. Cyanidin-3-O-glucoside has been shown to be an anticancer compound which inhibits cell growth [15].
Another special chemical compound found in Sambucus are ribosome-inactivating proteins (RIPs). RIPs are enzymes with N-glycosidase activity on the large RNA of ribosome, preventing it from engaging in protein synthesis [15]. RIPs split adenine 4324 from the 28S rRNA of the large subunit of the rat ribosome or equivalent in other eukaryotes. This adenine is located in a loop that is involved in the interaction of the ribosome with elongation factor 2. As a result, RIPs inhibit ribosomes at the translocation step of translation. In addition, RIPs inactivate ribosomes from certain plants and bacteria. In all these cases, the molecular mechanism of action is the same as in animal cells, namely depurination of ribosomes. Elderberry RIPs also act on DNA and polynucleotides [15].

Having in their composition such a great variety of flavones, isoflavones, flavanols, anthocyanins, phenolic acids, lectins and, last but not least, vitamins, elderberries have demonstrated their healing qualities, presenting: antiviral activity [16][17][18][19], potential to stimulate immunity [20][21], antioxidant potential [22][23][24], antibacterial activity [25][26], antitumor potential [27], impact on obesity and metabolic dysfunction [23][28][29][30], antidepressant potential [31][32] and antidiabetic properties [33].
In the current context of the COVID-19 pandemic, the most important biopharmaceutical property of elderberries is the antiviral activity and the potential to stimulate immunity that the different bioactive components of these fruits have.
I cite from Harnett et al.: “Given the body of evidence from preclinical studies demonstrating the antiviral effects of S. nigra berry, alongside the results from clinical studies involving influenza viral infections, pre-clinical research exploring the potential effects of S. nigra berry on COVID-19 are encouraged” [34].
First of all, researchers are talking about flavonoids and polyphenolic components with antiviral, antimicrobial and immune-stimulating effects, proven in numerous in vitro and in vivo studies [17][20][25][26][35][36][37][38].
Then, also in the component of elderberries, researchers find another extremely important group of components: SNA (Sambucus nigra Agglutinin), which are lectins (SNA-IV and SNA-V) and ribosome-inactivating proteins (RIPs).
The elderberry lectins are now referred to as S. nigra agglutinins I–V [39].
Ribosome-inactivating proteins (RIPs) and lectins are two types of proteins, which are believed to play a role in the plant defense against phytophagous invertebrates and herbivorous animals. According to a recent definition, lectins are considered as proteins which specifically and reversibly bind carbohydrates without altering their structure. A report on the isolation and partial characterization of SNAV (formerly called nigrin b) demonstrated for the first time that elderberry contains a type-2 RIP [39].
Type-2 RIPs have a more complex structure. They are built up of one, two or four units consisting of two disulphide-bridge-linked, structurally and functionally different polypeptides, called the A and B chains. The A chain possesses N-glycosidase activity and exhibits sequence similarity to the type-1 RIP, whereas the B chain is catalytically inactive but exhibits a carbohydrate-binding activity comparable to that of lectins. Type-2 RIPs are fully capable of agglutinating cells and/or precipitating glycocojugates and, therefore, are also considered as lectins. Since type-2 RIPs possess an enzymic as well as a lectin activity, they are considered as chimaeric proteins [40].
These lectins have been shown not to be toxic in human cell models. In addition, it is very important to remember that, while nonspecific RIPs found in other plants have high toxicity potential, very specific RIPs, which are found in S. nigra fruits, have the potential to target specific cells and are therefore candidates that can act as therapeutic agents [15][39][40][41][42][43][44].
In addition to flavonoids, phenolic acids and SNA, S. nigra fruits contain peptic polysaccharides, which also appear to play a role in the interaction between S. nigra and the human immune system by stimulating macrophages [21][45].

In addition to smoking and UV exposure, lifestyle such as diet, nutrition and physical activities have been shown to play a significant role in many cancers. It is estimated that up to 50% of some cancers can be prevented, many of them through lifestyle and diet changes, with the presence or absence of certain dietary components strongly associated with an increased or low risk of developing cancers [27].
Due to the high content of anthocyanins, the elderberries are cited as having preventive potential, especially in the cancers of the sphere of ENT, esophageal, stomach or colorectal [27]. In addition, anthocyanins play a very important role in cancer prevention because they are antioxidants and prevent angiogenesis, i.e., the formation in cancer cells of capillary vessels providing the oxygen and nutrients needed for small tumors to grow and reproduce [27].
Unfortunately, anthocyanins have poor bioavailability, often only 0.1% of the ingested amount being detectable in urine, but fruit metabolites can be detected in urine, feces, blood and tissues. It is not yet fully understood why anthocyanins have low bioavailability, and thus, this could be seen as a major limitation of the potential efficacy of fruit chemo preventive interventions outside the gastrointestinal tract. However, because about 60% of ingested anthocyanins reach the colon and come into direct contact with the gastrointestinal epithelium, it may explain why antocian-containing berries act as protection against gastrointestinal cancer [27].
Potential anticancer actions in breast or prostate cancer are also cited, but the mechanism of action in these cases has not yet been fully elucidated.

Another important effect that elderberries have is that of regulating metabolic dysfunctions and, in particular, their use in weight loss due to the content of anthocyanins and proanthocyanins [28].

A study in mice shows that long-term supplementation of the diet with elderberries produces hyperlipidemia but, at the same time, reduces liver inflammation, improving HDL function and thus the stability of atherosclerotic plaque [29].
Recently, the anthocyanin-enriched diet has been shown to increase the antioxidant capacity of plasma [23] and HDL-cholesterol [30]. These pigments are, in fact, incorporated into the membranes and intracellular fluid of vascular endothelial cells, conferring significant effects against oxidative stress in vitro [24].
Anthocyanidins appear to have vasoprotective [46] and neuroprotective effects [31]. The latter is supported by a prospective study, which indicates that fruit and vegetable juices may delay the onset of Alzheimer′s disease [32].