Submitted Successfully!
Thank you for your contribution! You can also upload a video entry related to this topic through the link below:
https://encyclopedia.pub/user/video_add?id=14678
Check Note
2000/2000
Sustainable Agri-Food Supply Chain
Edit
Upload a video
This entry is adapted from 10.3390/su13169294

The current agri-food supply chain is affected by different problems such as food loss and waste generation along the supply chain, and the circular economy offers a possibility to enhance and optimize the production and consumption to seek to a sustainable paradigm. The circular economy can be a winning approach to intervene and moderate the impacts generated in the agri-food sector, proposing actions and solutions to readmit wastes and by-products in the productive chain.

The current agri-food supply chain is affected by different problems of economic, social and environmental natures, making it unsustainable. Among the possible solutions, the circular economy offers tools to enhance and optimize the production and consumption to seek to a sustainable paradigm [1]. Over the last decade, growing attention has been paid to this new concept with the aim to provide an alternative to the dominant linear economic model [2][3]. Indeed, the circular economy is a model of production and consumption that involves sharing, leasing, reusing, repairing, refurbishing and recycling existing materials and products as long as possible, extending the life cycle of products and reducing waste to a minimum [4]. The circular economy concept is of great interest as a way to implement the sustainable development [5]. It is a concept currently promoted by the European Union [6][7] to enhance competitiveness, protecting businesses against scarceness of resources and helping to create new opportunities and innovative markets [8].

The distribution of papers over the years, the most active countries, the journals most involved, the areas in which the research is currently focused and the most important papers are shown in this section.

Figure 1 shows the distribution of papers from 2014 to 2021. A growing trend is recognized by analysing the number of publications per year. 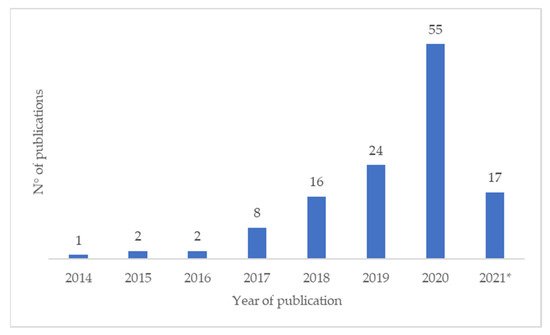 Figure 1. Distribution of publications over time. * Papers published as of March 2021.

Co-occurrence analyses the most frequent keywords, consequently providing a deeper insight into the main topics and research trends. In Figure 2, the dimension of the circles surrounding the word represents the number of times the keyword appears in the documents and the relatedness is connected to the number of documents where these words appear together. The lines represent the link between them. The terms occurring at least three times were considered. A total of 72 words were identified and 7 clusters were formed. The results showed in the figures represent only the networked items. 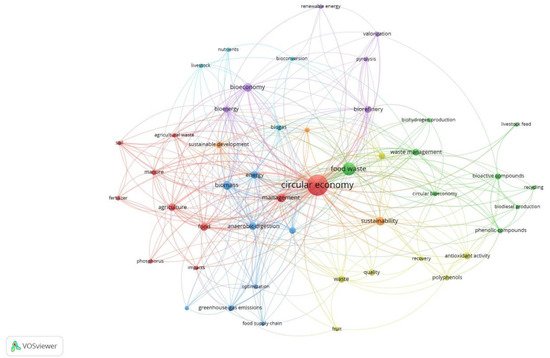 Figure 2. Network visualisation of the co-occurrence items (Minimum number of occurrences of a keyword: 3).
Figure 3 shows the Overlay visualisation of the co-occurrence network. The overlay visualization is a display of items identical to the network visualization. The only exception is that the items are coloured differently, based on the different “scores” that these items have [9]. In this case, the score is represented by the average publication year. The darker colours (blue) represent the first topics to be studied. As the colours become brighter (greenish, yellow), the newest topics of interest from the scientific community are highlighted. 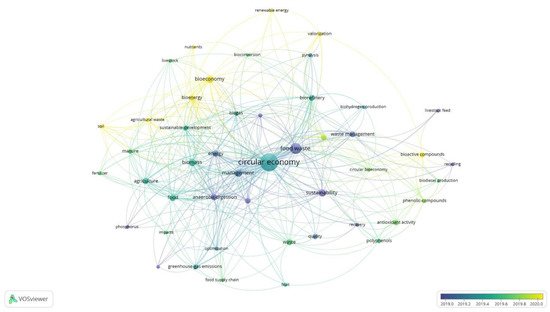 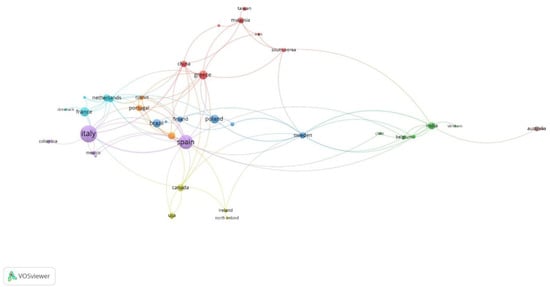 Figure 4. Network visualization of the co-authorship items by countries (Minimum number of documents of a country: 1).

Figure 5 shows the citation network created by VOSviewer for the publications (a), journals (b), authors (c) and countries (d). The dimension of the circle represents the number of citations for the first network and the number of documents for the others. The closeness specifies the number of times they cite each other. Documents with at least one citation were considered; sources, authors and countries with at least one document were included. The results showed in the figures represent only the networked items. 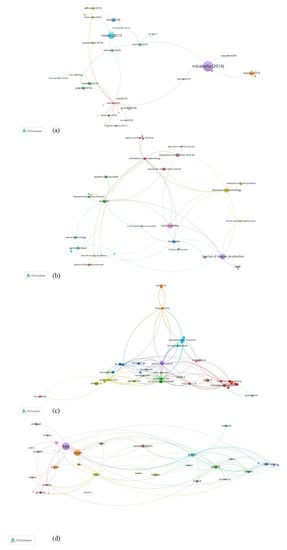 Figure 6 shows the results for the bibliographic coupling for documents (a) and countries (b). Bibliographic coupling takes place when two publications refer to a common third work in their references and they both cite the same document. It is useful to pull out the fact that the two publications may concern a related topic. The dimension of the circle represents the number of citations for the first network and the number of documents for the other. Documents with at least one citation were considered, and countries with at least one document were included. The results showed in the figures represent only the networked items. 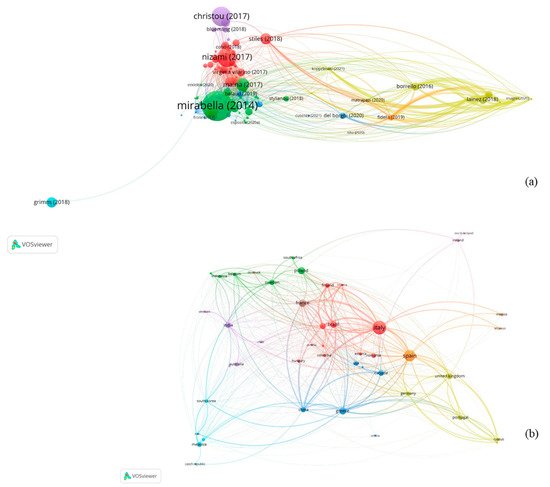 A co-citation link is a link between two items that are both cited by the same document [9]. In this representation, the items are grouped together based on the number of times they are cited together. Figure 7 shows the co-citation network for sources (a) and authors (b). Sources and authors with at least six citations were included. The dimension of the label represents the number of citations per each source and author; when a link exists among two circles, it indicates that they are co-cited by the same document. 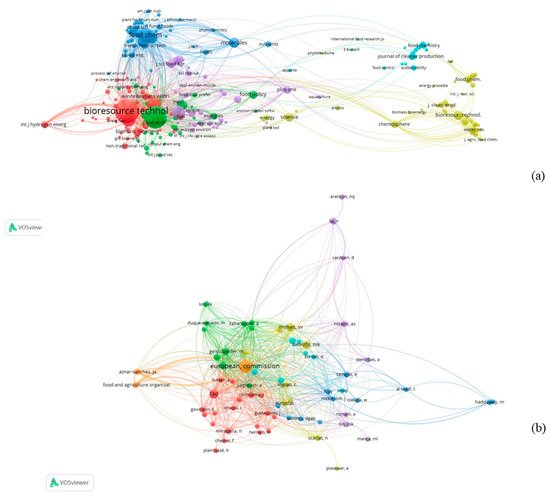