Submitted Successfully!
Thank you for your contribution! You can also upload a video entry related to this topic through the link below:
https://encyclopedia.pub/user/video_add?id=13393
Check Note
2000/2000
Limosilactobacillus Reuteri in Diverticulitis
Edit
Upload a video
This entry is adapted from 10.3390/medicina57080802

The microbiota is the set of commensal microorganisms, residing in the organism, helping proper functioning of organs and systems. The role that the microbiota plays in maintaining the health of vertebrates is widely accepted, particularly in the gastrointestinal system, where it is fundamental for immunity, development, and conversion of nutrients. Dysbiosis is an alteration of the microbiota which refers to a disturbed balance, which can cause a number of pathologies. Probiotics have proven to be effective in modulating the microbiota of the gastrointestinal system and, therefore, in promoting the health of the individual. In particular, Lactobacilli are a group of Gram-positive bacteria, which are able to produce lactic acid through glucose metabolism. They are present in different microenvironments, ranging from the vagina, to the mouth, to different tracts of the small intestine.

The microbiota is the set of commensal microorganisms, residing in the organism, helping proper functioning of organs and systems. The role that the microbiota plays in maintaining the health of vertebrates is widely accepted, particularly in gastrointestinal system, where it is fundamental for immunity, development, and conversion of nutrients. Dybiosis is an alteration of the microbiota which refers to a disturbed balance, which can cause a number of pathologies. Probiotics have proven to be effective in modulating the microbiota of the gastrointestinal system and, therefore, in promoting the health of the individual.
In particular, Lactobacilli are a group of Gram-positive bacteria, which are able to lactic acid through glucose metabolism. They are present in different microenvironments, ranging from the vagina, to the mouth, to different tracts of the small intestine.

Lactobacilli spp. are the most used probiotics and one of the species most frequently found in food products [1]. As discussed above, numerous species belong to this genus including L. acidophilus, L. rhamnosus, L. bulgaricus, L. casei, and L. reuteri. L. reuteri possesses all the requisites to be considered an effective probiotic [2]. It has proven to be effective in influencing the diversity, composition, and metabolic function of the microbiota, not only in the intestine but also in the oral and vaginal area [3][4].
The antimicrobial and immunomodulating power of L. reuteri lies in the metabolites it can produce [2]. Among these, one of the most important is reuterin, a molecule consisting of a mixture of three hydroxypropionaldehyde 3 hpa, which in turn breaks down spontaneously into acrolein or a cytotoxic electrophile, capable of inhibiting a large amount of gram-negative bacteria [2][5].
Other metabolites that make L. reuteri effective against many types of gastrointestinal infections are acetic acid, ethanol and lactic acid [6][7] 1. Another metabolite that confers immunomodulating properties in the gastrointestinal tract to L. reuteri is histamine [2].
Some strains of L. reuteri are also able to convert the amino acid L-histidine, of dietary origin, into biogenic histamine. Some studies have shown that histamine produced by L. reuteri can suppress the production of tumour necrosis factor (TNF), produced by stimulated human monocytes [8]. The clusters of chromosomal genes responsible for these properties are histidine decarboxylase A-B and C. The research has also found that oral administration of hdc + L. reuteri could effectively suppress intestinal inflammation in a mouse colitis model [8].
L. reuteri is also able to produce lipopolysaccharide (LPS), which is extremely important for the adhesion of L. reuteri to intestinal cells and the formation of a biofilm [9]. The formation of biofilm is an important feature for L. reuteri, because it allows it to survive in the intestinal environment and to protect the epithelium from the adhesion of other pathogenic microorganisms through both steric hindrance and competitive inhibition and by triggering the immune response of the host [10]. It has also been shown that LPS produced by L. reuteri can avoid the adhesion of E. coli to intestinal epithelial cells in pigs in vitro and also suppresses the expression of some E. coli-induced pro-inflammatory cytokines such as interleukin (IL)-6 and IL-1b [11].
The tryptophan catabolites have been recognized as ligands for the aryl hydrocarbon receptor, whose activation induces the expression of IL-22 and other cytokines by innate lymphoid cells. In addition, tryptophan derivatives can induce the development of double-positive regulatory CD4+ and CD8+ intraepithelial lymphocytes in anaryl hydrocarbon receptor (AhR)-dependent manner [12].
One of the infections in which L. reuteri has proved effective in eradicating and reducing symptoms is chronic H. pylori infection [2], one of the most frequent chronic infections and one of the main causes of peptic ulcers, as well as a risk factor for developing some types of gastric cancer. L. reuteri acts by competing with H. pylori thus, inhibiting its adhesion to glycosidic receptors [13]. This mechanism of action is very effective in eradicating the infection and in reducing symptoms, while avoiding the side effects associated with antibiotic therapies [14].
The integrity of the intestinal barrier is essential to prevent the entry of pathogens and external toxins. When it is disturbed, the intestine becomes permeable allowing the passage of antigens and toxins into the intestinal lumen thus, triggering a pathological process. Probiotics, in particular L. reuteri, are very effective in ensuring the integrity of the barrier itself [15].
A study carried out on mice has shown that the administration of a mixture of Lactobacilli, including L. reuteri, can increase the expression of tight junction proteins in intestinal epithelial cells. This finding has been further confirmed by studies carried out on pigs [7][16].
The ability to maintain the intestinal barrier permeability of L. reuteri has also been demonstrated in humans. In children with atopic dermatitis, for instance, in which the increase in intestinal permeability was related to the pathogenesis of the disease [17], the administration of L. reuteri reduced intestinal permeability, as demonstrated by the reduction of the lactulose/mannitol ratio, and associated symptoms [18].
L. Reuteri has also been proven effective in disorders of the early stages of life such as colic or disorders characterized by excessive crying, which affects 10–30% of newborns. In a study conducted by Guolin et al., breastfed infants younger than 4 months of age were recruited and divided into two groups, a placebo and a group to which L. reuteri was administered. At the end of the 4 weeks supplementation, it was found that 100% of the children treated with L. reuteri had a reduction in mean crying time and a decrease in maternal depression as a secondary effect. The same effects were found in only the 15, 7% of children treated with placebo, suggesting that L. reuteri may be a viable option for the treatment of infantile colic [18] (Figure 1). 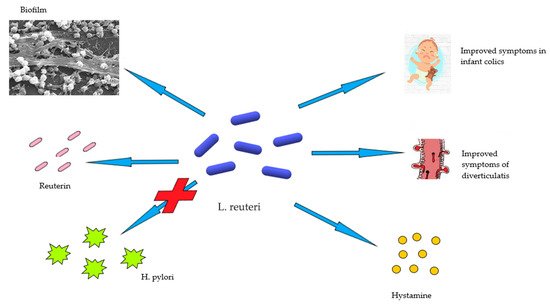 Figure 1. The role of L. reuteri in human health and disease.

Colon diverticula are blind-ended extroversions involving the mucosal and submucosal layer of the intestinal wall [19]. They represent one of the most common pathologies in inpatient and outpatient patients [20] and the most frequently encountered finding in colonoscopies [21]. They can occur anywhere in the large intestine and their distribution depends heavily on the country of origin. In the industrialized Western world, diverticula strains are much more frequent at the sigmoid level. They can be single but are frequently fund as multiple [22].
The prevalence of diverticula is very similar in men and women [20] and it is often directly proportional to the patient’s age [23]. Studies have estimated an increase in diverticula occurring in about half of people between 60 and 80 years old, up to 70% in people aged 80 [24][25].
To date, the process driving the pathogenesis is still not fully understood; however, it is clear that it lies within the interaction of various risk factors determining an increase in intraluminal pressure and causing herniation of the intestinal wall, where the rectus vessels penetrate the colon wall [26].
The risk factors are represented by age and genetics, as demonstrated by the incidence of the disease among homozygote twins, when compared to heterozygotes [27]. Poor colon wall motility, low-fibre diet, obesity, smoking, consumption of red meat, constipation, alterations of the intestinal microbiota, use of some drugs in particular non-steroidal anti-inflammatory drugs, aspirin, opioids, and comorbidities are also important factors in the development of the disease. In the literature, it is possible to find various associations between the development of diverticula and other diseases, in particular diabetes and hypertension [24][28].
Diverticula can be asymptomatic for life or can become inflamed and symptomatic [26]. However, recent studies have estimated that less than 5% of patients with diverticulosis will become symptomatic [29].
Diverticulitis can be divided into two categories: simple and complicated [28]. Simple diverticulitis is characterized by the inflammation of one or more adjacent diverticula and the pericolic tissue [30]. The complicated form, which occur in 12% of cases, is represented primarily by an abscess followed by perforation, obstruction, and fistulisation [28].
Simple diverticulitis is also known to cause pain, generally localized to the left lower quadrant and may be accompanied by nausea, vomiting, alterations of the alvo [28]. Occult blood in the stool is particularly rare, while hemodynamic instability and abdominal rigidity are findings compatible with the complications, such as free perforation and/or generalized peritonitis [31].
Since diverticula are asymptomatic in most cases, they are often an occasional finding during a colonoscopy performed for other reasons [24].
Abdominal computed tomography scan (CT) scan is used in case of acute symptoms, when colonoscopy is not indicated [24]. An alternative to CT can be abdominal ultrasound, with a sensitivity and specificity of about 90%. Magnetic MRI can also be used in suspected diverticulitis in patients for whom CT or ultrasound are not indicated. X-ray can be used in suspicion of abdominal perforation or to exclude other causes of abdominal pain such as intestinal obstruction. However, this methodology cannot be used to diagnose diverticulitis and/or abscess [28].
Uncomplicated acute diverticulitis can be treated directly in the hospital facilities and includes a treatment involving a liquid diet and use of antibiotics, in particular a combination of metronidazole and ciprofloxacin.
Hospitalization is indicated in all those patients that are unable to take oral therapy, are suffering from severe comorbidities, or do not present any improvement despite oral therapy or face complications. Clinical improvement usually occurs within 34 days of onset of symptoms [26].
The role of surgery has changed through time: abscesses are treated with antibiotic therapy or percutaneous drainage while the use of surgery is reserved for cases of peritonitis. Besides, the associated comorbidities and the recurrence of episodes of inflammation are the factors to be considered when evaluating the surgical approach [31].
There is no consensus on the optimal therapy to be taken as secondary prevention. Although, a diet with a high fibre content is recommended, but also the use of rifaximin to be taken in cycles [26].
Studies have also shown that the use of mesalazine is not superior to placebo in reducing the likelihood of relapse but reduces abdominal symptoms [32].

More
© Text is available under the terms and conditions of the Creative Commons Attribution (CC BY) license (http://creativecommons.org/licenses/by/4.0/)
Upload a video for this entry
Information
Subjects: Medicine, General & Internal
Contributor MDPI registered users' name will be linked to their SciProfiles pages. To register with us, please refer to https://encyclopedia.pub/register :
andrea piccioni
View Times: 33
Revisions: 2 times (View History)
Update Time: 20 Aug 2021
Table of Contents
1000/1000
Hot Most Recent