The name “tannin” comes from the use of this class of compounds in the tanning process of hides to give leather. Their general appearance varies, ranging from white amorphous powders to off-white amorphous powders, to glossy, almost colorless pasty substances, to reddish-brown powders when produced by spray drying.

They have an astringent taste. Tannins are natural products found in most higher plants. They are produced in almost all parts of the plant, namely seeds, roots, bark, wood, and leaves, because of their fundamental role in the defense of the plant against insects, food infections, fungi, or bacteria.

Two wide classes of tannins exist: hydrolysable tannins such as gallo-tannins and ellagi-tannins, and condensed polyflavonoid tannins, these latter being stable and rarely subject to hydrolysis.

Figure 1. Example of the structures of tara tannin and caffe-tannins (quinic acid esterified with caffeic acids plus glucose compounds).

Figure 2. The structure of a flavonoid unit.

The manufacture of leather is still the largest use of tannins of vegetable origin. Leather has traditionally been made in ground pits in which alternating layers of animal skins and wood chips containing tannins, such as oak chips, have been placed and soaked for considerable periods of time. The skins were passed through a number of consecutive pits, generally 28, so as to be slowly enriched and “tanned” by the tannin in solution. Up to a full year was necessary for leather to be produced in such a manner.

The first change came when the tannin extraction industry, which had grown considerably in the 1850s to supply black iron tannate dyes to color silk. Some tannin extraction plants were able to demonstrate that by directly adding tannin extract to traditional tanning pits, the same quality of leather could be produced in just 28 days (28 pits, one per day).

At the end of the Second World War, three events contributed significantly to the steady decline in vegetable tanned leather. First, the introduction of synthetic materials, derived from petrol, for shoe soles begun to compete strongly with leather for one of its most traditional applications. Secondly, the demobilization of armies, which sharply reduced the need for leather shoes, and the third, the strong penetration of the market by chromium salt tanning for the manufacture of soft leathers, in particular the upper part of shoes.

With all these changes, while vegetable leather has now begun to gain a reputation as a luxury product, there are still some important niches for which it is used such as equestrian equipment, heavy bags and luggage, and other heavy applications as well as the real high price luxury markets.

Some of the main achievements of tannin-based adhesives for wood products will be highlighted below. 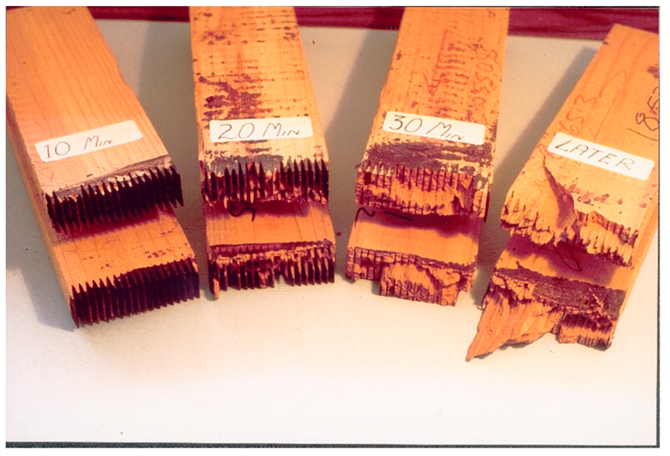 Tannins are known bactericides because they react with proteins irreversibly, thus complexing within bacterial membranes, neutralizing their activity. As a consequence, tannin-based pharmaceuticals to cure intestine infections have long-time been marketed. They have effective anticaries properties.

Acutissimin A is a bound flavonoid with an ellagi-tannin. It is formed by the interaction of a wine flavonoid with the vescalagin generated by the barrel’s oak tannin. Acutissimin A has been found to present an effectiveness 250 times higher to stop tumors growth than the drug Etoposide.

Wine, beer, and fruit juices naturally contain tannins. It is actually their presence that accounts for their characteristic taste.

Now not only is tannin added to the wine, but it is considered particularly beneficial to do it. It must be pointed out that it is particularly purified tannin, from which carbohydrates and other components have been eliminated. It is the antioxidant property of the polyphenolic groups of the tannin which gives to it the powerful anticardiovascular effect and positive properties. Both addition of tannin as well as addition of tannin-rich oak wood chips to wine is now completely legal in Europe.

Equally, some beers need addition of purified hydrolysable tannins to acquire the proper taste. The same is valid for fruit juices.

Chemically self-expanding rigid foam formulations based on tannin extracts have been developed since 1994. These foams, composed of 95% natural materials, have mechanical and physical properties comparable to synthetic PF foams. Originally, the fluid phase before foaming is composed of a tannin, with formaldehyde as a hardener, both mixed with furfuryl alcohol used as a exothermic reaction agent by its self-polymerization reaction and its reaction with the tannin under acid conditions. Expansion to a foam of the fluid phase is caused by a low-boiling physical blowing agent, while simultaneous cross-linking of the resinous mixture provides dimensional stabilization at the desired low density. These foams have been tested and are totally fire resistant. Their appearance is shown in Figure 4.

Figure 4. Scanning electron microscope image of the structure of a first-generation tannin–furanic foam (left) and macro-appearance of the same (right).