Natural resources are gradually coming under continuous and increasing pressure due to anthropogenic interventions and climate variabilities. The result of these pressures is reflected in the sustainability of natural resources. Significant scientific efforts during the recent years focus on mitigating the effects of these pressures and on increasing the sustainability of natural resources. Hence, there is a need to develop specific indices and indicators that will reveal the areas having the highest risks. The Water and Land Resources Degradation Index (WLDI) was developed for this purpose. WLDI consists of eleven indicators and its outcome results from the spatiotemporal performance of these indicators. The WLDI is based on the Standardized Drought Vulnerability Index (SDVI) and the Environmentally Sensitive Areas Index (ESAI).

Integrated water resources management contributes to the appropriate use of surface and groundwater, with the goal of meeting the requirements of urban, agricultural, and industrial needs [1][2][3][4][5][6][7][8][9][10][11][12][13]. Water is in abundance in some regions of the world, while in others (especially in developing countries) water resources may be sometimes scarce due to low rainfall, overpopulation, and lack of water-specific infrastructure. However, floods, droughts, hydroelectric power generation, and water scarcity have a great impact on the livelihoods of most of the population in most countries [8]. Therefore, there is an urgent need for an adequate and fair distribution of water resources. In addition, the satisfaction of water needs is more difficult due to the high population growth in some regions [14][15]. As available resources (surface and groundwater) play a major role in agricultural production, an increasing share of over-consumption of groundwater is due to the intensification of this sector and mainly due to over-irrigation [16][17]. In arid and semi-arid areas, dependence on groundwater for water supply is significantly higher compared to other areas. It should be mentioned that water users of these areas continue to over-exploit their resources during droughts without sufficiently taking into account their limited availability This lack of appropriate water management further contributes to the environmental degradation of such areas [18][19][20][21][22].
A drought is an “insidious” natural hazard due to the reduction, at an unsuspected time, of the usually expected rainfall in an area [23][24]. This situation may last for months or even years. Water cannot be renewed to the necessary rate for the adequate satisfaction of the needs of both people and the environment. However, droughts are a normal climatic process of certain areas [25][26][27]. The negative connotation given to droughts is directly related to their adverse effects on humans and the environment, as well as to the complexity and difficulty in recognizing and dealing with this phenomenon. Usually, decision-makers, who are called upon to provide answers and possible solutions to the management of this complex phenomenon, have previously focused on measures and mitigation actions that accompany a drought event. However, the key to effectively deal with a crisis is to study and understand the phenomenon of drought and, subsequently, to draw up preparedness plans in most regions of the world [23][28][29][30][31][32][33]. In other words, contingency planning is needed.
Land subsidence can occur gradually or suddenly. One reason is from the over-pumping and depletion of aquifers, which may cause permanent damage to groundwater storage. A typical example is the San Joaquin Valley in California, where landslides occur and can lead to serious operational and structural issues in the Mendota Delta Canal. In coastal areas, over-pumping can cause seawater to seep into the aquifer system. Seawater intrusion endangers groundwater quality and can cause serious irrigation soil problems due to salinization [34][35][36][37].
To implement an integrated water resources management methodology, a tool, in the form of an index for the recognition of degradation of water and land resources and pertinent vulnerable areas, is developed in the present work. This index is further expanded to produce the connection and similarities between existing droughts and desertification indicators. As Greece is a country prone to drought phenomena, both random and periodical, this index is initially applied to Greece prior its further application to other countries with similar drought issues.

Greece is used as a study area for the development and application of Water and Land Resources Degradation Index (WLDI). Greece is located in the southeast of Europe and almost in the middle of the Mediterranean Sea. Its topography is mostly mountainous. Greece has a very long coastline of almost 14,000 km and a high number of islands (reaching 3000).
The climate is a typical Mediterranean one. The highest amount of precipitation (mostly rainfall) occurs between October and March, while the average annual rainfall ranges from 350 mm/year to 2150 mm/yr. The summers are usually very dry in most of the regions [38][39].
Rainfall in Greece, as historically recorded, has the following main characteristics. At the beginning of the wet season, the atmospheric circulation with the west-southwest movement of the barometric systems results in high amounts of rainfall in western Greece. The presence of the mountain range of Pindos is a barrier to the expansion of rainfall in the eastern country. As a consequence, rainfall is selectively located in the islands of the eastern Aegean and in western-northern Greece (mainly Epirus, W. Peloponnese, Macedonia, and Thrace). The gradual shift of circulation to the north during the winter months gives rains to the eastern winds of the mainland and the islands of the Aegean-Crete. With the end of the dry season and the gradual decrease of the passage of barometric systems over the country, the main rainfall contribution to the water balance comes from the afternoon showers, as an expression result of thermal instability with or without dynamic assistance. By their nature, these phenomena concern mainland Greece with emphasis on mountainous areas. Based on this climatic conditions, higher rainfall levels are expected during the rainfall of the wet period in western Greece, but also in the islands of the eastern Aegean (and less in the eastern mainland and the other Aegean islands). During the dry season, most rainfall is expected in the mainland, while the west coast should also have a few rainfalls. Some amounts also occur in the islands of the eastern Aegean and the Dodecanese as a result of the thermal instability of the eastern part of Greece [39].
The final map of WLDI is shown in Figure 8. 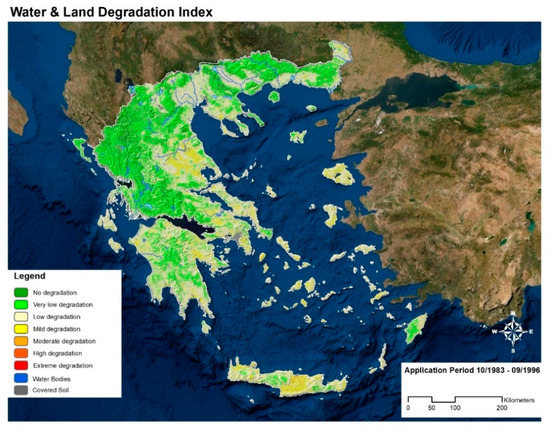 Figure 8. WLDI results for the period October 1983–September 1996.
It is observed that the maximum value in the spatial sample value corresponds to the class “moderate” degradation of soil and water resources on a small scale. The areas that present these values are the Thessaly region, Crete, Lesvos, Chios, Kythnos, Kea, Ios and Paros. Areas with the highest agricultural activity show greater degradation in water resources.
Environmental policy-makers face many important problems. They must not ignore the fact that there are continuous problems with water quality due to the excessive use of fertilizers and pesticides, as well as the intrusion of the sea into coastal aquifers. In addition, there is a need to take immediate and indirect measures to soil erosion and desertification. In addition to the aforementioned problems. However, water bodies face a whole host of other related problems, such as:
Another important problem that occurs in Greece as a whole (apart from lack of an extensive network for monitoring of ground and surface systems and a sufficient network of meteorological stations) is related to the provision of good quality data that could effectively contribute to the analysis of problems and the development of solutions for integrated water recourses management. This problem is also observed in the haphazard use of existing technological equipment, such as meteorological stations since their installation does not usually follow the WMO and FAO protocols.
It is therefore obvious that, for the specific period of the applications of the complex indicators, the water resources managing efforts need more attention concerning the land indicators, especially in areas with intense agricultural holdings, such as Thessaly, Central Macedonia, and the Heraklion prefecture in Crete.
Overall, the spatial application of WLDI for the period from October 1983 to September 1996 shows the following:
Thessaly and Eastern Macedonia are depicted in the medium class which is occupying about 50% in terms of spatial distribution (Larissa, Karditsa, Thessaly, and the region of Evros). This may be attributed to the fact that these areas show intense agricultural activity and, consequently, increased irrigation demand. Eastern Macedonia, Lesbos, and Heraklion of Crete are in the category of moderate class in low spatial distribution. Agriculture is also the main activity in these areas.
On the other hand, Epirus and the rest of Western Greece are the areas with the lowest degradation. These areas have the highest rainfall (e.g., the Pindos Mountain chain), and, at the same time, have no large rural areas (as in Thessaly). In addition, five of the twelve largest dams, as well as the largest reservoir in Greece, were built in this region.
It would seem that the usefulness of WLDI is vital for management as it allows for the precise identification of areas where actions need to take place. This may contribute in avoiding the generalization that usually follows simple indicators or rain data. WLDI may help link rainfall to demand deficits that typically limit and exacerbate water conditions and drought vulnerability. The composite index presented also the possibility of mapping various areas and it followed satisfactorily the fluctuations of vulnerability in Greece concerning the recorded droughts, as well as their impacts.

All in all, monitoring WLDI in an area may contribute in the early diagnosis and treatment of water and land degradation in all of its dimensions. However, the data quality should not be overlooked, since if the data themselves are not reliable and in the proper format, there is no point in discussing the quality of the results. Erroneous low rainfall values will result in faulty policies and a decision system resulting in financial discrepancies with respect to local/national budgets. An early drought warning system should also answer the pertinent questions so that it can deliver quality and timely results.
To cope with water and land degradation, the development of a strategy and a master plan for these phenomena is recommended as an effective means of improving the capacity to assess and respond to a variety of hazards using also effective governance mechanisms. Pertinent policy objectives indicate also the will of decision-makers for evaluation, mitigation, and impact management programs. In this effort, the objectives of a response plan should be more specific and action-oriented. Unanimity between the state, governmental agencies and private and public interest groups is also an important part of the process. The WLDI may help in the early detection of water and land degradation processes and, therefore, in achieving this goal. Furthermore, in combination with forecasting models, a short-term prediction of the phenomenon and its effects may be successfully made so as to allow decision-makers to be better prepared by reducing or minimizing their effects and reaction time to such phenomena. Thus, an important aide in this direction is the promotion and integration of contingency planning through the use of pertinent indicators as the presented one.