While standard Deep Hypothermia (DH) is defined as a body core temperature below 28°C, this value is lower in cardiac surgery, below 20°C. DH is used not only to improve the technical aspect of surgery but primarily to prevent ischemic injury of the central nervous system and crucial organs. The protective effect of hypothermia is provided mainly by slowing the cellular metabolism and thus decreasing its oxygen consumption and energy demand.

2. Indications for the Use of DH in Cardiac Surgery 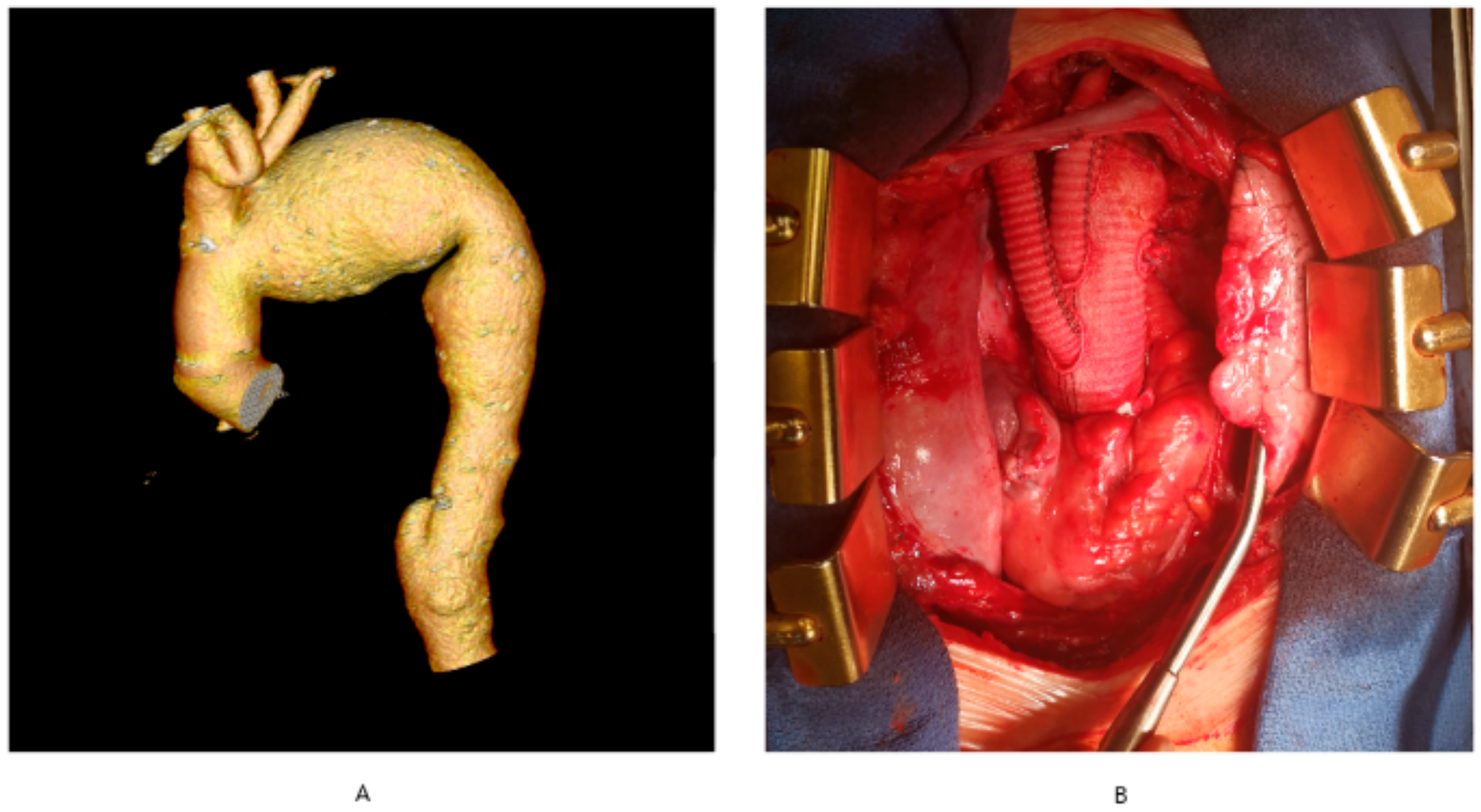 Infant cardiac surgery is the exception to the rule, as hypothermia represents the mainstay of cerebral protection in most interventions for congenital heart defects. In infant cardiac surgery mild hypothermia is used for corrections of simple defects, where circulatory arrest is not required, and cardiac arrest does not exceed 20 min. Moderate hypothermia without circulatory arrest is used in older infants with a bodyweight above 10 kg and a complex heart defect, in whom the cardiac arrest duration needed for correction exceeds 20 min. Deep hypothermia is used to correct congenital heart defects in infants below 10 kg in bodyweight, and selected older infants. In infant cardiac surgery, DH still represents the gold standard in procedures involving aortic arch reconstruction, left hypoplastic heart syndrome, and interrupted aortic arch, as well as the multi-stage treatment of infants with a single ventricle in the neonatal period.

Understanding the role of hypothermia is not a simple matter, as complex systemic and cellular mechanisms mediate its effects. The assumption of benefits from using hypothermia in clinical practice was provided by hypothesizing that the “safe” circulatory arrest period is inversely proportional to one’s body temperature. The term “safe” is reserved for such a period of circulatory arrest, after which no adverse effects can be noted on the structure and function of the internal organs and particularly on the brain, which is most susceptible to ischemia (Table 2).

With a gradual decrease in body temperature, chemical reactions, oxygen consumption, and energy requirements are reduced. The human brain is subject to self-regulatory mechanisms, which couple the cerebral blood flow to cerebral oxygen consumption and metabolic activity. This permits safe circulatory arrest in normothermia for only 5 min, after which irreversible changes in brain tissue occur. In his study, Mezrow found that lowering body temperature by 10 degrees Celsius decreases cerebral metabolic activity four-fold and thus increases the tolerance of ischemia [1].

Based on McCullough’s studies [2], safe periods of circulatory arrest in humans for specific temperatures were established: 30 min at 15 °C ; 40 min at 10 °C.

Other study findings indicate that although the period of 40 min in deep hypothermic circulatory arrest is “safe”, exceeding this limit is associated with a substantially elevated risk of neurological adverse events [3][4]. In addition to the effect on reducing metabolic requirements, other mechanisms of hypothermia may be relevant, such as suppression of free radicals, inhibition of destructive enzymatic reactions, and inhibition of the biosynthesis, release, and uptake of excitatory neurotransmitters [5][6][7]. Through these mechanisms, hypothermia provides a favorable balance between oxygen supply and demand, slows the onset of ischemic depolarization, decreases the release of ischemia-induced intracellular calcium influx, and suppresses nitric oxide synthase activity. 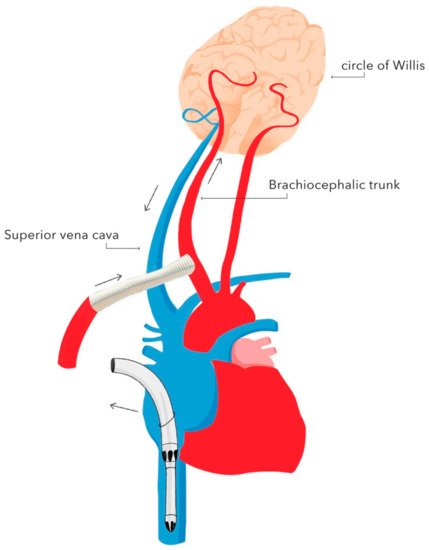 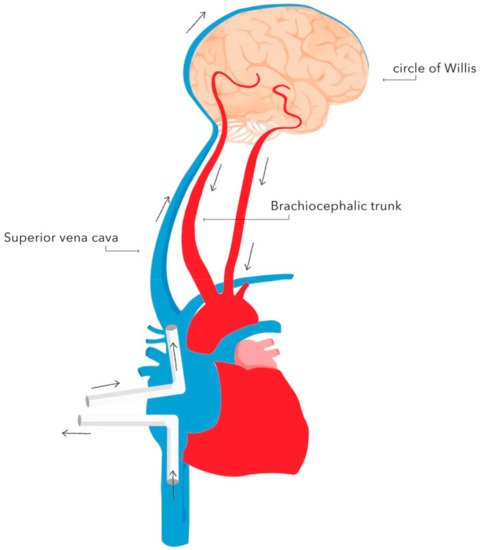 Another neuroprotective intervention during DHCA in complex interventions involving the descending aorta is cerebrospinal fluid drainage. The most beneficial effect of cerebrospinal fluid drainage is reducing pressure in the spinal canal, thus decreasing the forces pressurizing the spinal cord [10]. A drainage catheter is placed prior to surgery (before administering anticoagulants and antiplatelet agents) in the 2nd or 3rd lumbar space and remains in place for 2–3 days after surgery. The recommended target values for cerebrospinal fluid pressure are 8–10 mmHg during surgery and 10–12 mmHg in the postoperative period [10].

Neuroprotective pharmacotherapy includes several groups of medications that are used during DH. As studies regarding the benefits of general anesthetics remain inconsistent, the choice of anesthetic agent depends mainly on the anesthesiologist’s personal preferences. It has been suggested that propofol- and opioid- based anesthetics decrease cerebral metabolism without affecting cerebral flow metabolism coupling, which may occur during the use of volatile agents [11]. In contrast, data from animal studies suggest that the use of desflurane may improve the neurological outcome after DHCA [46]. However, it should be noted that the solubility of gases and volatile agents in the blood increases at low temperatures, which may significantly increase the time to achieve adequate partial pressure in the central nervous system. An intravenous anesthetic that significantly affects brain metabolic activity by inducing burst suppression is thiopental. Its beneficial effects include reducing energy requirements for synaptic transmission and preventing focal brain injury [47–49]. However, it should be remembered that thiopental has a negative inotropic effect, which can impact the early postoperative course. Although there is still inconclusive evidence of a neuroprotective effect of corticosteroids, their use during DHCA should be considered. Steroids reduce the systemic inflammatory response syndrome (SIRS), which can be triggered by CPB [12]. Moreover, they reduce the concentration of inflammatory cytokines [13]. Some studies indicate that the use of steroids after DH may have a beneficial effect on cerebral metabolism, enhance brain tissue blood perfusion, and reduce capillary permeability, thus preventing tissue edema [13][14]. The use of other potentially neuroprotective drugs, such as calcium channel blockers, aprotinin, nafamostat, mannitol, deferoxamine, magnesium, lidocaine, fosphenytoin, and thromboxane A2 receptor blockers, is still a matter of debate and clinical research.