This work implements parametric tools to optimize the environmental design of urban adaptive shadings through multiobjective evolutionary algorithms that look for solutions of dynamic (time-changing) structures used in open public spaces. The proposal is located in Malecon Cancun Tajamar in the southeast part of Mexico, and the main objective is to enhance the thermal comfort of users as well as to become part of the social dynamics of the place reinforcing identity through appropriation. The proposed workflow includes four steps: (1) geometric modelling by parametric modelling tools; (2) simulation of environmental parameters by using BPS tools; (3) shape optimization by using an evolutionary algorithm; and (4) environmental verification of the results. The Universal Thermal Climate Index (UTCI) was used to assess the outdoor thermal comfort derived from the dynamic shadings. The results showed a significant improvement in the thermal comfort with absolute UTCI differences of 3.9, 7.4, and 3.1 °C at 8, 12, and 16 h, respectively, during the summer; and absolute differences of 1.4, 3.5, and 2 °C at 8, 12, and 16 h, respectively, during the winter. The proposed workflow can help to guide the early design process of dynamic shadings by finding optimal solutions that enhance outdoor thermal comfort.

2. Analysis on the Results 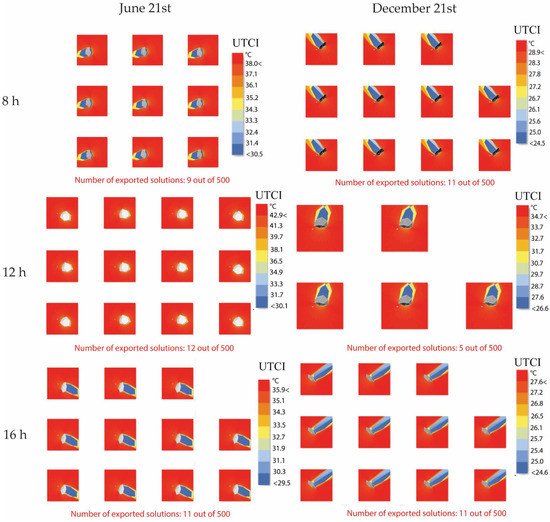 Figure 1. Pareto Front phenotypes: Solutions ranked as the best according to the two fitness objectives. For a close-up visualization of the different phenotypes and inputs, see Appendix A. 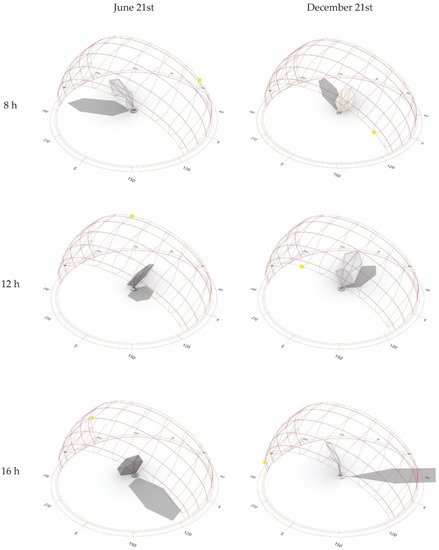 Figure 2. Comparison among the phenotypes during specific times.

In order to assess the environmental verification of the results, specific phenotypes were selected from the Pareto Front solutions (Figure 3). The selected phenotypes are listed in Table 3; they were modelled with the genes’ information taken from the Pareto Front. On average, the fitness optimization results showed a good agreement with the replicated shading results. This finding was significant for both the UTCI degrees and the shaded areas. From Table 3, it is observed that shadings affected the average outdoor thermal comfort significantly, particularly during the summer. For example, UTCI achieved 41.5 °C with no shadings but 34.1 °C with shadings, at midday. The absolute differences during the summer were 3.9, 7.4, and 3.1 °C at 8, 12, and 16 h, respectively. The absolute differences during the winter were 1.4, 3.5, and 2 °C at 8, 12, and 16 h, respectively. From here, it is confirmed that shadings contribute to enhancing the outdoor thermal comfort, which in turn influences the perception and satisfaction of the pedestrians. Thus, it is expected that the presence of the shadings in the open urban space also contributes to the overall outdoor thermal comfort due to the decreases in emitting the longwave radiation from the ground. 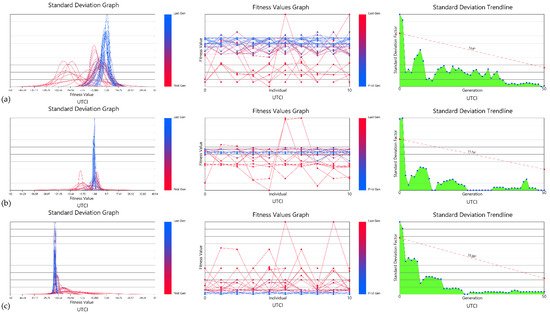 Figure 3. Second exercise with a population of 500 genomes. UTCI optimization graphs for 21 June: (a) 8 h, (b) 12 h, and (c) 16 h.
Table 3. Selected phenotypes.
Concerning the environmental results, a specific shading configuration was included in Figure 4. Thus, the simulated results for 21 June, at 16 h, are revealed as an example of a selected phenotype performance.

Figure 4. Example of the results obtained from a selected phenotype (Generation 49, Genoma 0): (a) UTCI (°C) in 21 June at 16 h, and (b) shaded area (m2), in 21 June at 16 h.
Furthermore, the yearly condition of a person under the shadings vs. under the exposed sunlit area (with no shadings) is compared. As a result, a significant improvement of the pedestrians’ thermal comfort is revealed. Figure 5b indicates a predominant stress category of extreme heat throughout the year when no shadings are placed on the site. This thermal condition is dangerous since it has been recognized as a potential public health hazard with higher-than-normal mortality rates. As observed from the temporal map, this problem would be present, even during the night hours. A possible explanation for this might be that the heat absorbed by the concrete pavement throughout the day is released to compensate for the drop in temperature. 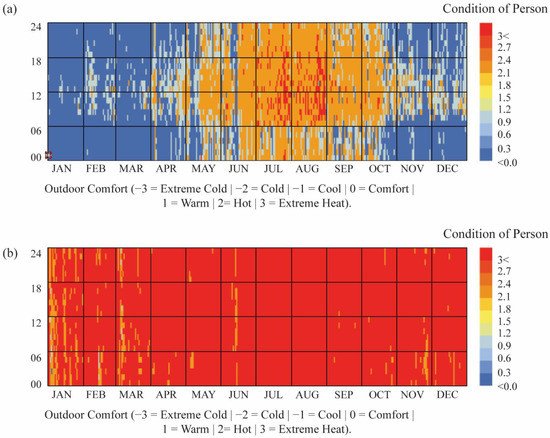 Figure 5. Comparative of the condition of a person throughout the year: (a) Shaded conditions vs. (b) unshaded conditions. Hourly data from the EPW file of Cancun, Mexico.
Nevertheless, when the dynamic shadings are working in place, the dominant stress categories varying from comfortable to warm and hot throughout the year, as Figure 5a depicts. According to these categories, the sensation is comfortable or warm but comfortable for short periods; moreover, no public health hazard is recognized. Here, it is important to note that these stress categories coincide with the UTCI degrees considered acceptable for this study context (please refer to Section 3.2).

This study has been successful as it was able to identify specific shadings positions (folding and rotational angles) for specific times during the year that allow enhancing the outdoor experience of pedestrians in terms of thermal comfort. Hence, the dynamic shadings responded to specific environmental conditions and contributed to reducing the thermal stress and to increasing the shaded areas. To develop a full picture of the adaptive shadings and environmental performance, additional optimizations during the hottest day of each month will be addressed in a continuation of this work.
Furthermore, it is expected that such dynamic shadings can contribute to the urban livability of the studied urban open space. This is an important issue for future research that should be undertaken to investigate how pedestrians interact with a prototype placed on site. Fabrication and assembly are now possible by using other digital electronic prototyping add-ons in Grasshopper, such as Firefly that works in conjunction with Arduino IDE and digital fabrication platforms such as RhinoCAM.
Regarding the time changing of the shadings, it not only provides more comfortable zones but also can make the public space more attractive. These structures are meant to have the potentiality to become part of the public art network of the place. This would add a sense of identity for the place and the users. In this respect, the exploration of the disposition of the structures in the public space is an interesting asset in terms of aesthetics and should be further explored.
In this work, the use of a multiobjective optimization algorithm was very important for identifying the best shading solutions. Hence, Wallacei X allows storing the results to replicate the genes and the 3D shadings for further evaluations. However, Wallacei X does not allow establishing specific ranges for the targets. This means that the function objectives should maximize or minimize a specific single fitness value. This could be considered a disadvantage when performing evaluations for temperate and cold climates, for which the condition of person could range from extreme cold to extreme hot. Other multiobjective optimization algorithms such as Octopus or Goldfish could be tested to find the option that better fits with the study objectives (although these algorithms do not allow storing the results).
From the above, the application of the proposed methodology should be further tested in other climates, unlike from the tropical one. To accomplish that, some adjustments to the fitness objectives should be carried out according to the climate studied. The final objective will be the same: the environmental adaptability of dynamic structures in open public spaces. As mentioned in the literature review, dynamic shadings represent a significant advantage, in comparison with static structures.
Different algorithms could be implemented in further investigations to test if they contribute to reducing the simulation and optimization times. By replicating the shapes derived from single-objective optimizations and comparing them with the shapes derived from multiobjective optimizations, UTCI data and shaded areas could also be compared. The continuous development of new algorithms seems to be quite promising to accomplish this task in the near future. 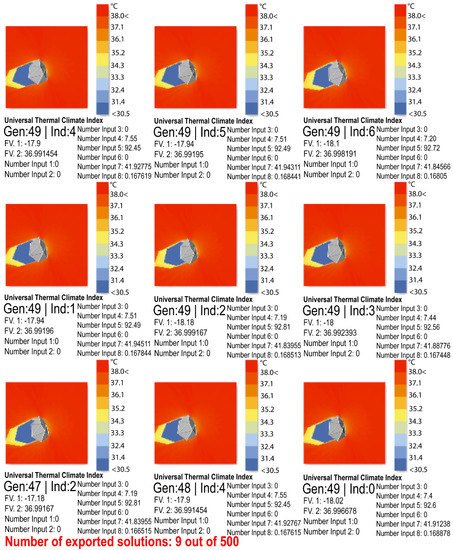 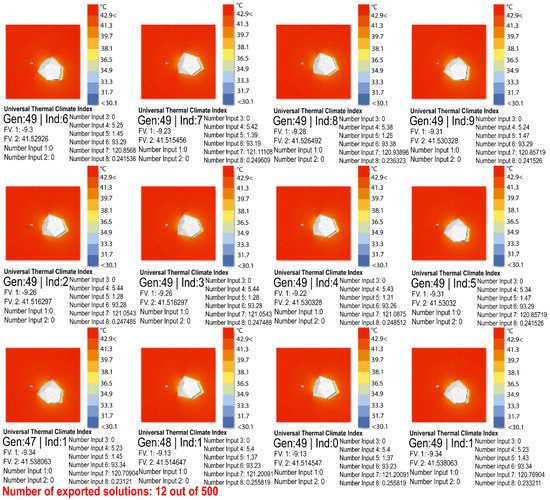 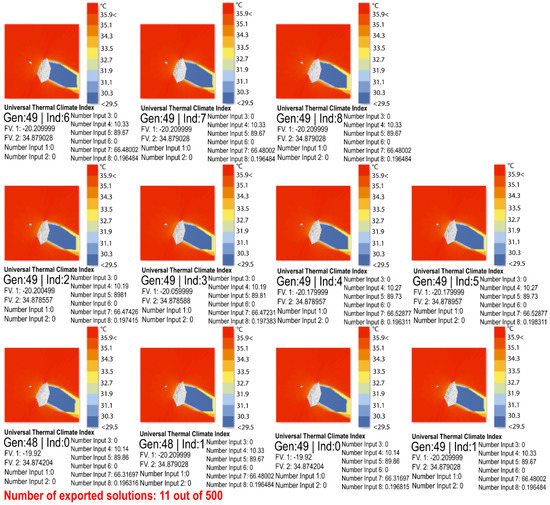 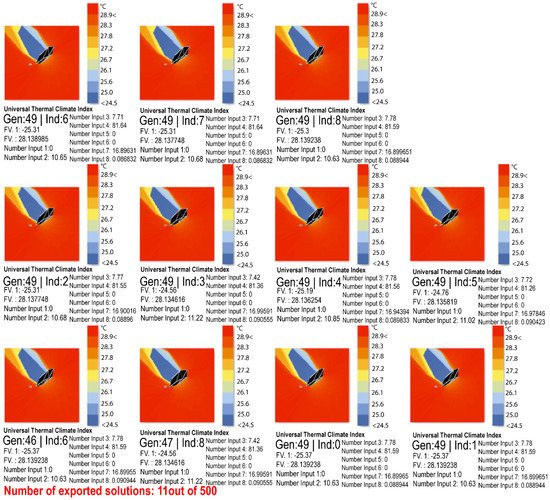 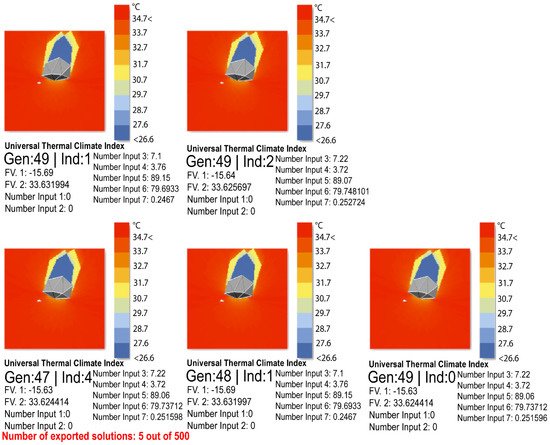 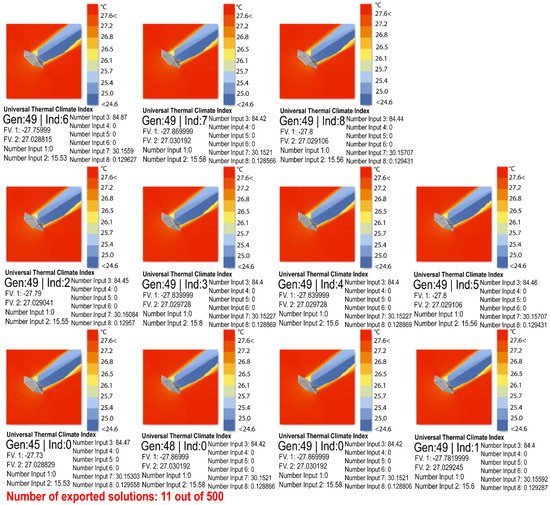