Connected and autonomous vehicles and cooperative intelligent transportation systems (C-ITSs) are new technologies that will impact traffic control and management.

Connected and autonomous vehicles and cooperative intelligent transportation systems (C-ITSs) are new technologies that will impact traffic control and management. Cooperative intelligent transportation systems (C-ITSs) are based on the sharing of information between drivers and road management. Connected vehicles (CAs) will be able to share speeds and positions among many other various useful data. Vehicle speeds and positions can be used to better manage traffic signals in real time. Connected vehicles can become an important part of new C-ITSs. Some of these ideas have been explored in some European-funded projects such as SAFESPOT [1], EuroFOT [2] and DRIVE C2X [3].
One of the main tasks that road managers must deal with in traffic control is the management of signalized intersections. Control operations, unfortunately, very often are not adjusted in real time and sometimes are implemented with out-of-date fixed-time traffic signal settings. Traffic congestion, which can also be caused by traffic signals, is a serious problem in cities and also a great cause of air pollution. For this reason, efforts to solve congestion problems have been centered on attempts to shift demand on transit systems [4] and on better road traffic control, by adopting tools such as traffic simulation [5][6][7][8][9][10] dynamic network loading equilibrium and dynamic models [11][12][13][14] and the study of and attempt to affect user route choice [15][16][17][18][19].
Many large-scale deployments of systems based on floating car data (FCD) are already showing the use of mobile phones [20][21][22][23] and wireless communications [24][25] combined with global navigation satellite system (GNSS) technologies. Cooperative systems based on smartphones are spontaneously spreading in ordinary use (BlaBla Car, Uber, etc.). Cooperative systems based on smartphones have also been proposed for pedestrians and bicycles [26].
Smartphones (and connected vehicles) can obtain location and speed information from GNSS systems such as Galileo, GPS and Glonass. GPS embedded in smartphones produces an economic method to obtain vehicular travel time [27] and to evaluate traffic scenarios [28][29]. Smartphones also allow the estimation of traffic safety parameters [30] and path choice [31]. Mobile devices have also been used to assess safety and risks by insurance companies [32] and for traffic safety [33][34] and fuel consumption estimation [35].
All these concepts have been applied also in the management of signalized intersections: GNSS data coming from private vehicles were useful in the evaluation of adaptive traffic signal systems in [36], and smartphones were useful to gather information on traffic signal timings [37][38][39]; the use of FCD in C-ITSs is discussed in [40], where traffic signal regulation from FCD is achieved. The term “floating car data adaptive traffic lights” (FCDATL) or “floating car data adaptive traffic signals” (FCDATS) was introduced in [41]. The specific use of FCD data coming from smartphones to regulate adaptive traffic signals in real time was also investigated in [42][43][44][45][46]. In some cases, the adaptive traffic signal system is used in combination with driver assistance, so that both driver behavior and traffic signals are adjusted in real time.
Projects such as Colombo [43] have been presented in which the general potential of vehicle communication to other vehicles or infrastructures (V2X) for traffic management is investigated. Some works have also been presented on traffic signal regulation presenting algorithms without a clear definition of the underlying communication and control systems. Among them, [47][48][49] propose the use of game theory in traffic signal regulation, implicitly assuming that information on all vehicle positions is available.

To create a profile of the most important issues arising in the field and to perform a visualization of main topics, we carried out a text-mining analysis using the VOSviewer suggested procedure to text-mine the keywords of the papers.
VOSviewer applies natural language calculation methods to analyze the keywords. We followed indications and considerations from [50].
With this procedure, we generated what is called a “concurrence network” (Figure 1). 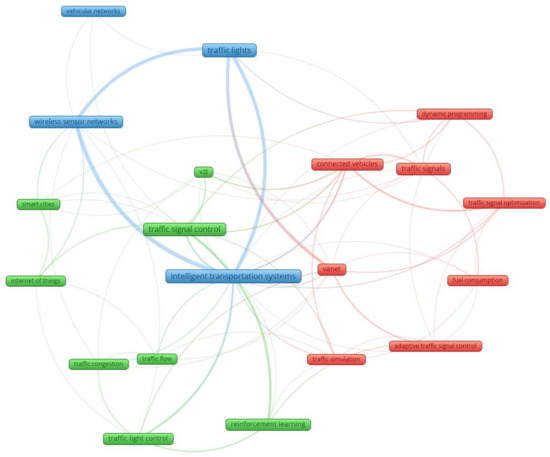 Figure 1. Keywords topic visualization analysis—concurrence network.
In this network, the most relevant terms were highlighted, and a cluster analysis was performed identifying four clusters that theoretically gather themes that share some higher connection. Once the procedure was completed, we gave a title to each cluster in agreement with what seems to be the leading topic. We applied the VOSviewer option of eight for the minimum number of occurrences of a term. From a total of 1524 keyword terms, 20 met the threshold. The selected terms were grouped in four clusters, as shown in Figure 3 and Table 1. It must be noted that the procedure we applied to extract the terms and to create the clusters is completely automatic, the clusters are created according to an algorithm that puts together terms that are not necessarily logically connected. We manually gave a label to each cluster, and some of the terms, thus, might not be connected with the specific topic label we have chosen.
Table 1. Keyword topic visualization clusters.

Figure 2. Reference visualization of database list “A”: the resulting network is poorly connected, showing a possible underdeveloped stage for this field of research.

Figure 3. Reference visualization for the 23 connected references resulting from the database of list “A”: the resulting network is still poorly connected.
The largest node is represented by a work from Abdulhai, Pringle and Karakoulas [51], which was not in the original database of 684 works.
This procedure, in fact, is able to find influential documents that might not be present in the database list “A” and that might have received a high number of cocitations in the database.
Among these 67 cocited documents, it is also possible to see general documents that constitute a scientific base for the research field under investigation but do not necessarily specifically pertain to this field of traffic signal control methods and experiments based on CAs and FCD.
In order to consider documents that are influential for the investigated field of research, the 67 documents were manually checked to exclude completely impertinent documents; the following 15 documents listed in Table 2 have been considered as influential and will be added to the final list of influential documents (in case they are not already listed).
Table 2. Most influential documents chosen among the 67 influential references by manually excluding impertinent documents.
Regarding the analysis of influential journals, we also used VOSviewer to elaborate the journal cocitation network. By establishing a cocitation threshold of 20 citations for a source (default value in VOSviewer), 48 sources were selected from 7641 sources and were grouped in four clusters. Results are shown in Figure 4, where the distance between the nodes shows the cocitation frequency. In other words, a small distance between two nodes shows a high cocitation frequency between the two sources.

Figure 4. Source visualization of database list “A” obtained by analyzing cocitations.
By manually elaborating the resulting data and considering source duplications due to slight differences in the source name, it was possible to elaborate Table 3, where the most influential sources are ordered with regards to the connection strengths evidenced by the network analysis.
Table 3. Most influential sources after manually resolving name duplications.
The cocitation analysis of authors was carried out by establishing a minimum threshold of 20 citations for an author; in this way, 195 authors were selected. The resulting network is visualized in Figure 5, where the dimension of a node shows the total link strength of that node as an index of relevance in the network and the vicinity of two nodes shows the connection in terms of cocitations. 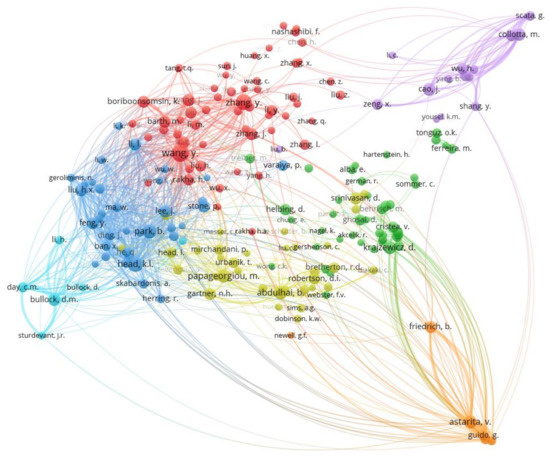 Figure 5. Author visualization of database list “A” obtained by analyzing cocitations.
It must be noted that the cocitation analysis visualization of Figure 7 shows a well-connected network, while the reference analysis reported in Figure 4 and Figure 5 shows a poorly connected network; this means that the main authors in the field are connected in terms of citations among each other, while the specific research papers with high relevance are not connected. This incongruence shows that the more important works have been published without cross-referencing, and this is possibly an indication of a new field of research that might be in an embryonic state.
Table 4 shows the list of most influential authors based on the connection strengths evidenced by the network analysis.
Table 4. Most influential authors after manually resolving name duplications.

4. Country Analysis Based on Coauthorship

The dispersed nature of the field of traffic signal control methods and experiments based on CAs and FCD does not make it easy for a single paper or author to establish a definitive result. For this reason, in this section, we investigate potential collaborations among researchers of different countries by using country coauthorship analysis. An assessment of research exchanges and development between countries and the single-country contributions was conducted by setting a minimum number of considered documents from a given country to 10. Among 79 countries, 18 countries meet the threshold; among these 18 countries, 17 countries are connected and shown in Figure 6, where the dimension of the circles represents the number of documents for each given country. In Table 5, the 17 more active countries are listed in order of citations.

We used the overlay visualization feature of VOSviewer to generate a map of the newest vs. oldest topics. We proceeded by doing a text-mining analysis on all titles and abstract words analogous to the one carried out in the section on topic visualization, but with a threshold of 20 concurrencies for each term; then, for the 148 terms, a relevance score was calculated. Based on this score, only the top 60% of most relevant terms were selected (this is a standard feature of VOSviewer and was adopted in preceding scientific papers, so we adopted this value to conform to what appears to be a de facto standard), resulting in a total of 89 terms that are mapped in Figure 7. In order to identify trending terms, the terms were evaluated on the basis of the publication year of the papers from which they are mined. For every term, an average value of publication year was obtained, and this value is visualized with a blue color for older topics and a red color for trending topics. It must be noted that with this more selective choice of topics, the following three terms resulted as the more relevant: adaptive traffic signal control, smartphone and connected vehicle. Among the trending topics, the following terms were identified as the more trending: connected vehicle, autonomous vehicle, internet, accuracy, traffic system, travel time, experiment, VANET, emission and v2I. 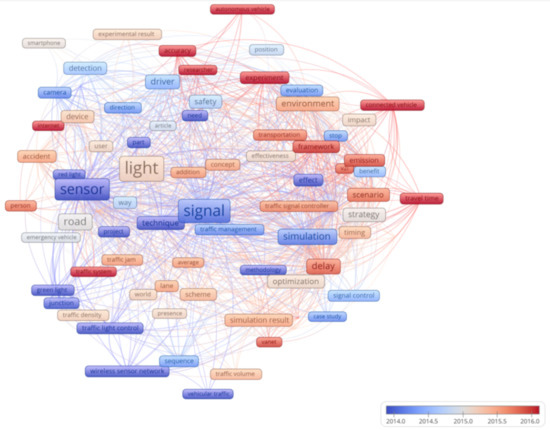 Figure 7. Trending topics (in red) versus old topics (in blue).
These words are just the outcome of a standard VOSviewer overlay visualization analysis and show a tendency of words to appear or disappear among titles and abstracts over time. The trending topics are trending among the selected papers, and the emerging terms such as internet and connected vehicles can be explained with the emerging connectivity that is a recent characteristic of new connected traffic signal systems.