WBC and HBOT in Depression

Treatment with antidepressants is often insufficiently effective, especially in treatment-resistant depression. In such a situation, it is possible to change the drug, add a second antidepressant, or use pharmacological and non-pharmacological methods of augmenting the effect of pharmacotherapy. New methods that may fall into the scope of multi-module depression treatment as an augmentation of depression treatment are whole body cryotherapy (WBC) and hyperbaric oxygen treatment (HBOT). 545 records were selected and analyzed for these two treatments and finally three clinical trials were selected for analysis.

Despite the progress in psychopharmacology and the introduction of new and effective antidepressants [1], the effectiveness of pharmacological treatment of depression is still far from satisfactory. Analyzes of the effectiveness of treating acute depressive episode on large groups of patients have shown that only about 1/3 of patients achieve remission after a 12-week treatment period [2] and most of those treated with even multiple drugs either do not achieve remission or it is not permanent [3][4]. Moreover, despite the efficacy of antidepressants confirmed in clinical trials [1], there is increasing concern about the slight difference between the effect of antidepressants and placebo.
A meta-analysis by Li et al. showed in patients pharmacologically treated for depression not only a high level of placebo response (SMD = 1.22, which indicates a very large therapeutic effect), but also an increase in the placebo effect in recent years [5]. One of the most recent meta-analyzes also indicates the limited efficacy of pharmacological treatment of depression in the elderly, for whom there is no statistically significant difference between treatment with an antidepressant and a placebo [6]. Moreover, the problem of ineffectiveness in treating depression increases with age. It was shown that the effectiveness of treating depression in the elderly population is two times lower than in people in early and middle adulthood, and amounts to 45.3% and 40.5% in the group of people treated with an antidepressant or a placebo, respectively [6].
Ineffective antidepressant treatment of at least two episodes of depression has been shown to lead to treatment-resistant depression (TRD), characterized by more frequent relapses with increasingly severe symptoms of depression, leading to chronic impairment of patients’ functioning and increased comorbidity, as well as suicide and non-suicidal mortality [4]. In the case of ineffective treatment of depression or TRD, treatment augmentation using biological and psychological methods of therapy is indicated.
Strategies to increase the effectiveness of treating depression include changing the antidepressant, adding another antidepressant, or augmenting the treatment by adding another drug like atypical antipsychotic or lithium. There are also non-pharmacological forms of augmentation of depression treatment that have been proven to be effective; they include: cognitive-behavioral psychotherapy, psychoeducation, aerobic exercise, neuromodulatory treatment through vagus nerve stimulation, electroconvulsive therapy (ECT), transcranial direct current stimulation (TDCS), repetitive transcranial magnetic stimulation (rTMS) or deep brain stimulation (DBS) and light therapy [3][4].

The results obtained so far from the use of WBC in the augmentation of the treatment of depression are interesting, but require replication in subsequent studies. After confirming the effectiveness of the WBC, its high efficiency and quick treatment effect could make WBC an attractive method of augmentation of the effect of an antidepressant treatment possibly also in TRD. HBOT seems to be effective so far in treating post-stroke depression. The one pilot study conducted so far shows that HBOT may be highly effective in depression, but extensive research is needed to confirm its effectiveness in endogenous depression. Both methods may therefore be effective new ways to improve the effectiveness of treatment of a depressive episode as well as candidates for a treatment of TRD (Figure 2), however, it is too early to include them in treatment standards. 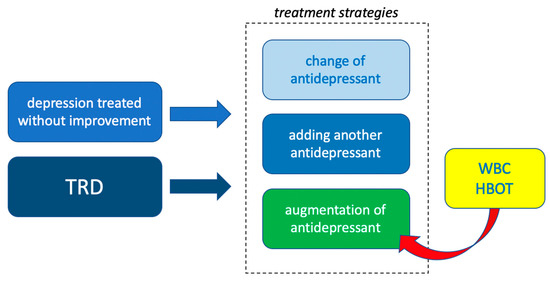 Figure 2. Whole Body Cryotherapy (WBC) and Hyperbaric Treatment (HBOT) could become new methods of antidepressant augmentation, also for treatment resistant depression (TRD).
Both methods, WBC and HBOT, have been used in somatic medicine so far, so the protocols for these forms of therapy are well known and confirmed, which means that their introduction to psychiatry may be burdened with a lower risk of the frequency of drop-outs as well as side effects.