The data centre industry (DCI) has grown from zero in the 1980s, to enabling 60% of the global population to be connected in 2021 via 7.2 million data centres. The DCI is based on a linear economy and there is an urgent need to transform to a Circular Economy to establish a secure supply chain and ensure an economically stable and uninterrupted service, which is particularly difficult in an industry that is comprised of ten insular subsectors.

While ‘devices’ (desk and laptop computers and mobile phones) serve as human-digital data interfaces, the hidden, but critical, enabler of connectivity is data centres (DCs). These facilities may be cupboard-sized or, (like the largest hyper-scale data centres in the world), equivalent in area to 93 football pitches; they all house digital data processing, networking and storage (ICT) equipment. Such is the popularity of the internet that, since its launch, the number of DCs around the world has grown considerably with estimated floor at 180 million m2; 10 million m2 of which is in Europe, with 70% concentrated in North West Europe (NWE) [1].
There are three main types of centres: Enterprise (private facilities dedicated to supporting single organisations), Colocation data centres (where space, equipment, and/or data storage, and processing capability is rented to customers) and Cloud data centres (which are entirely owned and managed by companies who rent their virtual infrastructure to clients who run and manage their own applications and data). Cloud service providers include well-known brands such as Google, Facebook, Microsoft, and Amazon who have other business arms, as well as less publicly-known companies (e.g., Rackspace, OVHCloud, and Serverspace).
In 2015, there were over 8 million data centres around the world; this total has decreased to 7.2 million [2], although floor space and data traffic are continuing to rise, and by 2022, there will be 4.2 trillion gigabytes of data processed per year. Development of the Internet of Things (IoT) will further increase data traffic and, consequently, it is estimated that data centre services will increase 300% in Europe by 2025 and 500% globally over 2018 figures [3].
Data centre equipment emits heat and, in addition to electricity for data processing and storage, DCs consume electricity for cooling and other operations. Consequently in 2018 the sector accounted for approximately 1% (205 TWh) of global electricity use [4][5] and emitted as much CO2 as the commercial airline industry [6].
Since inception, the main concern and focus of the DC industry has been 100% uninterrupted service for customers. The most significant changes are increasing operational energy efficiency, some of which derives from changes in hardware, component design, and software; other reductions in electricity consumption have been achieved by changing from electro-mechanical air cooling to liquid cooling. This form of cooling can be system-based (e.g., open water circuits with adiabatic coolers or cooling towers) and/or localised (on-chip or submissive/immersion cooling). Examples of the latter use oil-based dielectric fluids whereas the former often use water; water is also used for humidification in air handling units. Water use is not a panacea and, although it can reduce operational energy inputs, it also has an adverse impact on the environment because the water discharged from data centres includes contaminants such as biocide chemicals (used to control Legionella in pipework and heat exchangers), dissolved salts (like limescale in kettles) and acidic or alkaline PH correctors, copper and steel corrosion protectors, and metal particles [7][8] Water cooling also uses 0.2–0.8 L per kWh used [9] so the sector consumes the equivalent of 120,000 Olympic sized swimming pools per year, all of which contributes to global water stress. Another alternative to electro-mechanical air cooling is described as free cooling, which draws exterior air into the centre; in this case, cold air is beneficial and, consequently, a growing number of data centres, and hyperscale centres in particular, are located either near to or in the Arctic Circle. The combined use of these differing technologies means that the DCI has a significant impact on energy and resource consumption
In summary, computing and associated industries evolved very slowly until the late 1930s when there were some major conceptual developments. Development accelerated a little until the 1960s when it began to accelerate more rapidly in response to major technical innovations; development further accelerated in the 1970s and 1980s, and computers gradually became accepted in the domestic as well as academic and commercial environments. The World Wide Web was launched in 1989, and since then, the sector has expanded in scope, scale, and at speeds unlike any other sector in history; within 30 years, life for those with access to the computers and the internet (now 60% of the global population) has been transformed. Although many adverse impacts are associated with connectivity (e.g., cyber bullying and fake news) they are outweighed by the many diverse positive benefits. Examples include access to education in remote locations, micro-loans, and new business development among disadvantaged communities in Africa, video calls with friends and family, and on-line shopping during the COVID-19 pandemic. Industry is also benefitting from digital technologies, such as robotics, additive, and other new manufacturing techniques and quality monitoring all of which will grow concurrently with the IoT while information exchange has transformed logistics, transport, public, and private travel.

Data centre equipment life varies according to type, and while some last for 20 years, the average life of other products such as servers ranges from under one year in hyperscale centres to 5+ years in enterprise and colocation centres. Consequently, disruption to manufacture will influence current DC operators’ ability to improve service (by upgrading equipment) or extend provision (by expanding current and/or equipping new data centres). Reliance on digital technology and services has grown to a point where interruption of many current services (e.g., health, traffic control) would have very adverse social and economic impacts; examples include increased costs which will eventually be passed on to end users and limit access to the internet by the poorest populations. Uncertainty about the supply chain will also affect longer term business and service planning.
The engineering profession is comprised of many specialisms (e.g., civil, mechanical, electrical and electronic, computing, aeronautical); the ‘traditional’ approach is mono-disciplinary, and expertise and knowledge tends to be specific and deep but narrow, and, consequently, problem solving has not been holistic in that challenges have been addressed by developing fixes for individual problems and linear thinking, rather than going back to first principles and/or adopting a whole systems approach. This approach is prevalent in the data centre industry, which is comprised of 10 internal subsectors and 1 external subsector (see Figure 1), each of which employs highly talented and skilled professionals. However, there has been very little interaction between the subsectors and, consequently, problems solved in one part of the system (subsector) have often created problems in other parts of the system, one example of which is described above, i.e., that of reducing energy consumption by increasing water use. 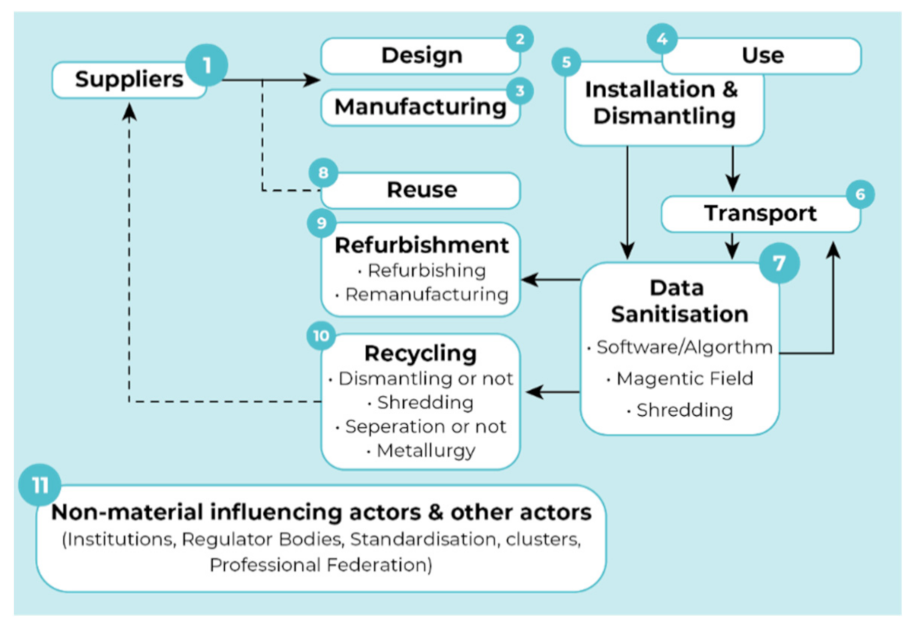 Figure 1. Data Centre Industry actors and sub-sectors, the CEDaCI project.
In summary, the data centre industry is unique: the rate and scale of growth of the technology and sector are unprecedented, as is the impact of services provided (specifically connectivity) on almost every aspect of daily life in the developed world, and influence is increasing in the developing world. To date, the sector has focused on the short term and provision of increasingly fast and extensive services, based on a linear take-make-use-dispose economy. The fundamental design of data centre equipment has not changed since the sector began, and most disruption and innovation are associated with the services provided by the technology, rather than the technology itself. The above factors necessitate an urgent and systemic review and change in practice across the sector to ensure that future services remain uninterrupted and that the sector becomes environmentally, socially, and economically sustainable. This could be assured through development of a sectoral Circular Economy although silo working and fragmentation currently presents considerable technical and behavioural challenges to this [10].