Transporting hazardous fluids via pipeline is safer than through other ways of transportation. Therefore, pipelines are widely used for transporting fluids in various fields [1]. The fluid transported inside the pipeline will cause damage to its inner wall due to high temperature, high pressure, high flow rate, and corrosion [2,3]. Hazardous fluids may leak if the pipeline is damaged, which may cause a large number of casualties, serious property damage, and environmental pollution [4]. Global pipelines have a large number of safety hazards which can be managed by conducting the regular inspection and maintenance of pipelines [5]. In-pipe robots are electromechanical systems carrying instruments and working tools that can perform inspections and repairs in the pipeline [6,7]. At present, in-pipe robots are mainly divided into active and passive types. 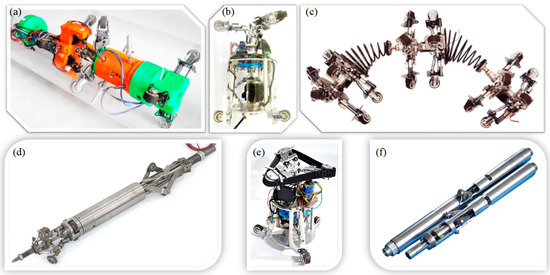 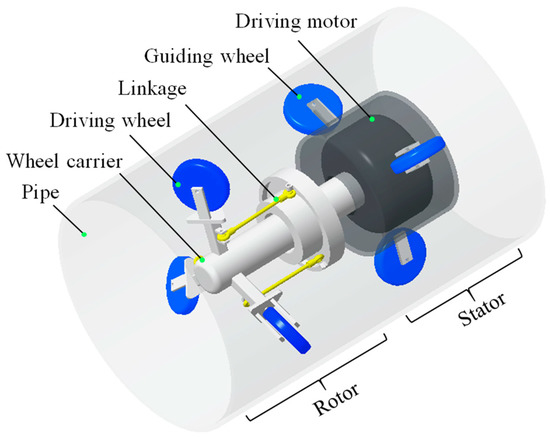 The driving wheel of the ASDIR is driven by a motor through gear transmission; this is the largest difference between the ASDIR and PSDIR [17,42]. As shown in Figure 4, the power output from the motor is split by the planetary transmission mechanism to drive the driving wheel directly; this type of robot is called an “ASDIR”. 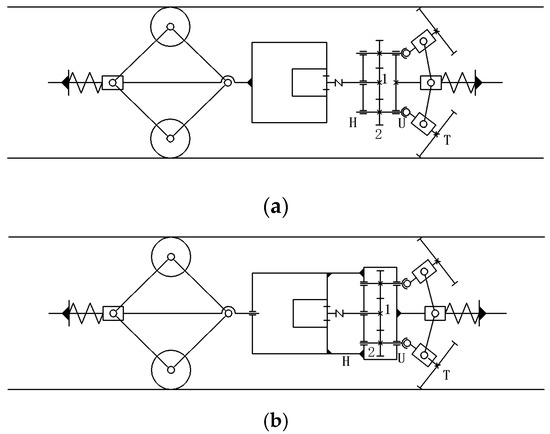 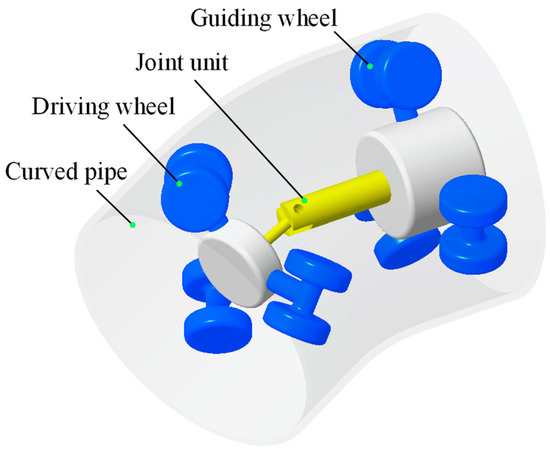 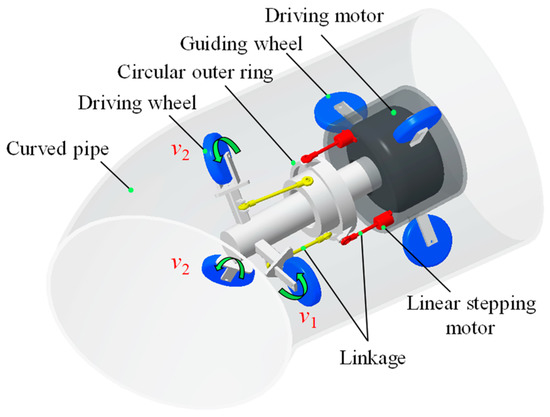 Pipeline robots have various types, each with its own advantages and different application scopes. An SDIR is simple to drive (single power source), can climb vertical pipelines with ease, and has a wider contact area than other robot types, which may dissipate contact force to generate propulsive force. An SDIR is suitable for small-diameter (less than 200 mm) pipe inspection; thus, it has attracted several scholars’ attention. This study introduces the historical research on the SDIR, especially summarizing and emphasizing the structure, driving principle, and motion and mechanical behaviors of its different types. This study can provide an up-to-date reference for researchers to conduct further analysis on SDIRs. Researchers hope that SDIRs can smoothly travel in inclined pipes, elbows, branches, and reducers. SDIRs with large traction force and steering capabilities are becoming more and more popular. The modules of the modular SDIR can work cooperatively with each other and have broad prospects for development in the future. In the next few years, the development of in-pipe robotics will continue to grow as the number of global pipe networks grows. The structure and function of the SDIR will be gradually improved. Adapting to complex pipe networks and structures with large traction force will become the development trend of SDIRs.