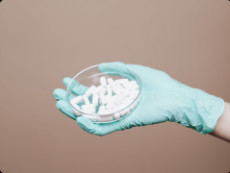 Recombinant human insulin (rHI) was the first biopharmaceutical drug approved for therapeutic use in humans in 1982 and since then the use of this class of products in medicine it has become widespread. Biopharmaceuticals represent today one of the most effective clinical treatments for a wide range of diseases, including tumors and inflammatory diseases, such as psoriasis and multiple sclerosis. This is mainly due to their advantages over conventional drugs which include targeting only specific molecules, the high activity and specificity and rare side effects.  The use of biopharmaceuticals is particularly useful also for the treatment of patients who respond poorly to synthetic drugs. Underlying this are the differences between biopharmaceuticals and synthetic drugs which include the source of the active agent, the nature of the product, the bioequivalence criteria, the manufacturing methods, the composition, the dosage, the formulation, the handling, etc. Other characteristics of biopharmaceuticals that distinguish them from synthetic drugs are their sensitivity to degradation in the alimentary system which require complex stabilization systems, and limited penetrability through the intestinal epithelium. Moreover, unlike synthetic drugs, biopharmaceuticals have more complex mechanisms of action and are potentially immunogenic.

Although numerous advances have been made in the study of biopharmaceuticals in recent years, this topic deserves a lot of attention from the academic community thanks to the high potential shown by this class of compounds to obtain increasingly performing products for therapeutic use in medicine.

Sorry, there is no entry in this entry collection.