A good model needs to be as simple as possible while remaining close to physical reality, such as the strata model inside the earth. The strata layers can be macro-anisotropic but transversely isotropic, where some are vertically symmetric and the others not [12]. The macroscopic anisotropy and related properties have been modeled based on the so-called elastic tensor, which is usually reserved for the hexagonal crystals [1, 2]. Obviously, macroscopic anisotropy is significant for seismic waves with long wave-length regarding propagation, reflection, refraction, and polarization.

The refraction and reflection coefficients and their corresponding phase factors are the typical physical qualities that deserve special attention. Discussions have been focused mostly on and limited to the models of the transversely isotropic rock layers [13-18]. Due to mathematical complexity, there have been temptations and interests in approximate expressions [19-22]. However, the analytic solutions of the amplitudes of the reflected and refracted waves are desirable, yet difficult [23].

The Interface Between VTI and TTI 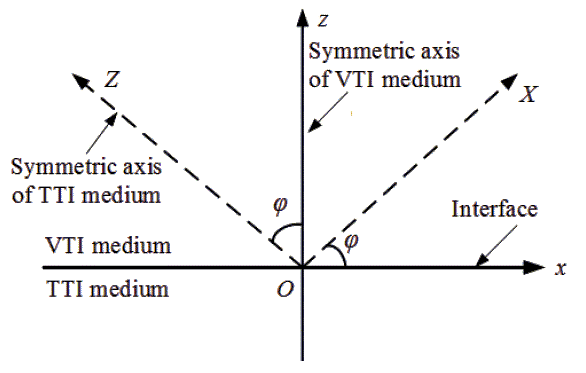 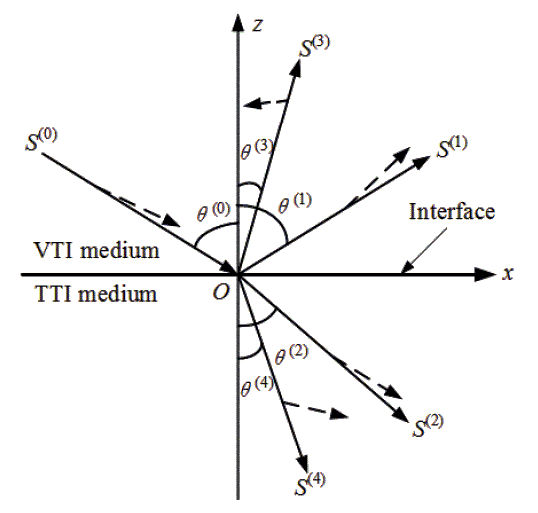 Now, consider an incident P-wave from VTI to TTI medium with an incident angle (θ). For the TTI medium, Bond transformation can be used to convert its tilt-angle structure to the same tensor form of the VTI structure [24-34]; Kelvin-Christoffel equation can be solved for the reflected and refracted coefficients; Snell’s law can be applied to determine the angles of reflection and refraction and to guarantee energy conservation.

Inside the incident VTI medium, Snell’s law yields a fourth-order polynomial for the angles of reflection of the reflected P-wave and SV-wave [24, 25],

The Effects of TTI Tilting

Consider the interface between VTI and TTI media, where the TTI medium has a tilting-angle, φ. The typical mechanical and anisotropy parameters for the VTI and TTI media have been reported in the literature [13-14, 25, 35, 38-39]. Typically, the tilting level of the TTI medium shows a significant influence on the critical incident angle, the reflection and refraction coefficients, the magnitude of power density flux, and the state of polarization.

Figure 4. The amplitude and corresponding phase angle of the refracted wave, at the interface between VTI and TTI media, versus incident angle (θ) for three selected values of TTI tilting-angle (φ) [Ref. 35]. 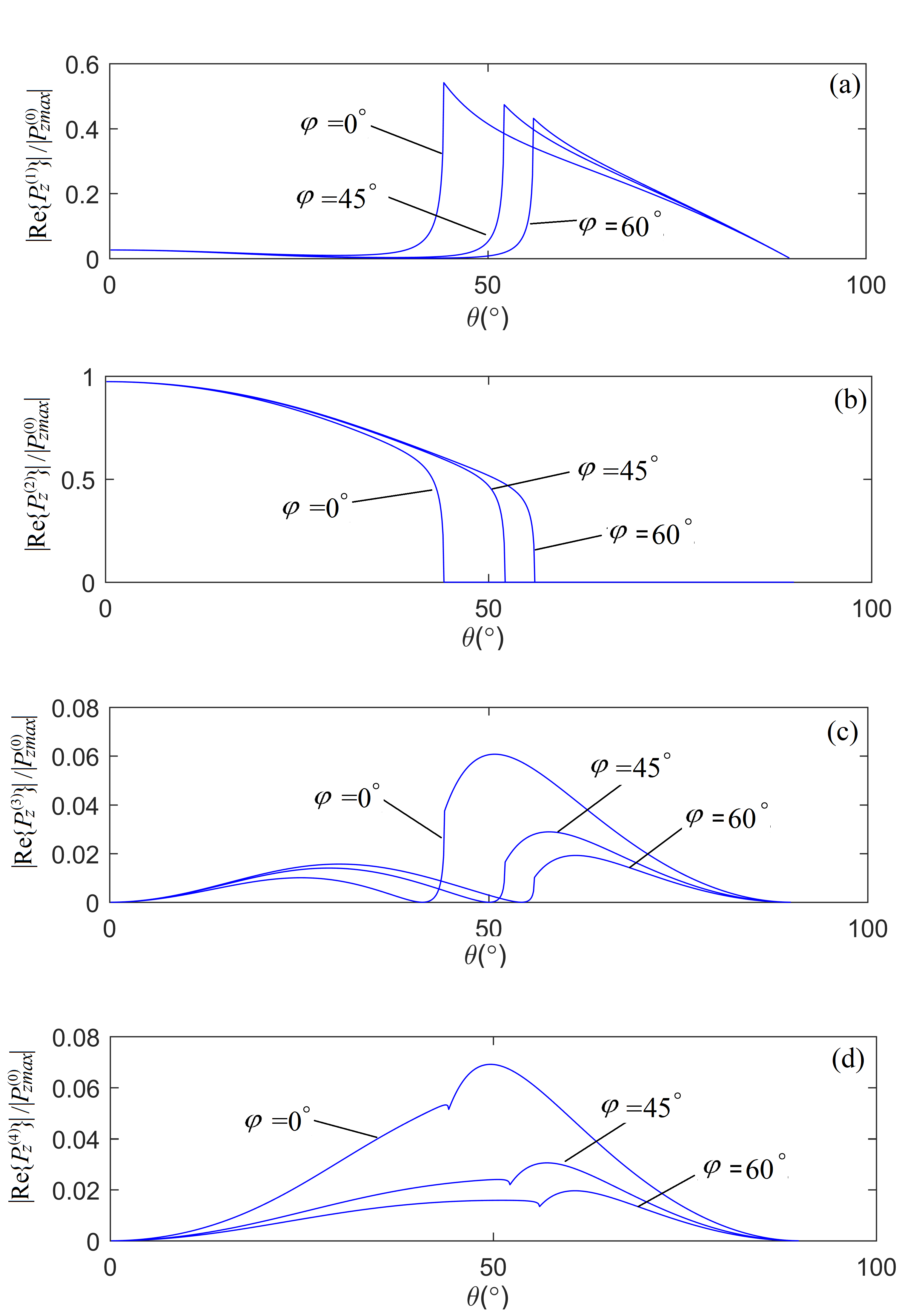 Figure 5. The energy density fluxes of the reflected and refracted waves perpendicular to the interface between VTI and TTI media versus incident angle (θ), for selected tilting-angles (φ) of the TTI media. The blue, red, and black curves are for the cases of TTI tilting-angle φ = 0°, 45°, and 60° [Ref. 35].

The polarization state of the refracted wave is also influenced by the tilting-angle and anisotropy of the refraction medium [29, 31, 40].