Esther "Etty" Hillesum (15 January 1914 – 30 November 1943) was the Dutch author of confessional letters and diaries which describe both her religious awakening and the persecutions of Jewish people in Amsterdam during the German occupation. In 1943 she was deported and killed in Auschwitz concentration camp.[1] 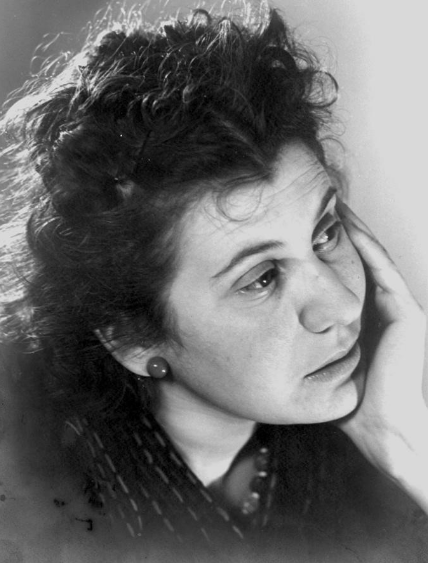 Etty Hillesum began writing her diary in March 1941, possibly at the suggestion of her analyst Julius Spier, whom she had been attending to for a month. Although his patient, Etty also became his secretary and friend and eventually his lover. His influence on her spiritual development is apparent in her diaries; as well as teaching her how to deal with her depressive and egocentric episodes he introduced her to the Bible and St. Augustine and helped her develop a deeper understanding of the work of Rilke and Dostoyevsky.

Her diaries record the increasing anti-Jewish measures imposed by the occupying German army, and the growing uncertainty about the fate of fellow Jews who had been deported by them. As well as forming a record of oppression her diaries describe her spiritual development and deepening faith in God.

When round-ups of Jews intensified in July 1942 she took on administrative duties for the Jewish Council, voluntarily transferring to a department of "Social Welfare for People in Transit" at Westerbork transit camp. She worked there for a month, but returned in June 1943, by which time she had refused offers to go into hiding in the belief that her duty was to support others scheduled to be transported from Westerbork to the concentration camps in Poland and Germany. On 5 July 1943, her personal status was suddenly revoked and she became a camp internee along with her father, mother and brother Mischa.

On 7 September 1943, the family were deported from Westerbork to Auschwitz. Only Jaap Hillesum did not go with them; he arrived in Westerbork after their removal and in February 1944 was sent to Bergen-Belsen, dying shortly after its liberation in April 1945.

Etty Hillesum's parents are recorded as having died on 10 September 1943, suggesting they died in transit or were gassed immediately upon their arrival. Mischa Hillesum remained in Auschwitz until October 1943, when he was moved to the Warsaw Ghetto, where, according to the Red Cross, he died before 31 March 1944. Etty died in Auschwitz on 30 November 1943.

Etty Hillesum’s youth was chaotic and turbulent, possibly resulting from her emotionally unstable family, to which she herself referred to as a "madhouse". Her diaries reflect the inner turmoil that she experiences during her young adulthood, as well as the healing and growth during the years before her murder.

Russian authors and Christian mystics likely contributed to Hillesum’s understanding of spirituality. She did not strive for ecstasy, but longed to meet the depth of her own interior and life itself. Her spirituality was not confined to her intellectual understanding of a greater power and is reflected in her diaries. In the concentration camp of Westerbork, she had unusual experiences of spiritual awakenings and insight: "Those two months behind barbed wire have been the two richest and most intense months of my life, in which my highest values were so deeply confirmed. I have learnt to love Westerbork". Hillesum addressed God repeatedly in her diaries, regarding him not as a saviour, but as a power we must nurture inside of us: "Alas, there doesn’t seem to be much You Yourself can do about our circumstances, about our lives. Neither do I hold You responsible. You cannot help us, but we must help You and defend Your dwelling place inside us to the last." Rachel Bremer described Hillesum’s life in two stages "the stage of preparation and the stage of test". The preparatory stage refers to Hillesum’s self-reflection and development during her time in Amsterdam. The testing stage, on the other hand, refers to her life at the concentration camp. Still in Amsterdam, Hillesum developed an ideology of showing others the way to their own interior in a time of great adversity –the Nazi terror. Her time at Westerbork -as reflected in her diaries- portray the redemption of her spirit, while her body was captured and eventually murdered. She neither denies the horror of the Nazi terror, nor identifies with her victimhood. In the midst of extreme conditions, Hillesum develops an awareness of the indestructible beauty of this world. She writes during her time at Westerbork: "The sky is full of birds, the purple lupins stand up so regally and peacefully, two little old women have sat down for a chat, the sun is shining on my face – and right before our eyes, mass murder... The whole thing is simply beyond comprehension." Hillesum continuously writes from a place of great tenderness, empathy, and realization.

Hillesum suffers great inner turmoil during her young adulthood, but increasingly transforms into a woman of maturity and wisdom. She writes: "Everywhere things are both very good and very bad at the same time. The two are in balance, everywhere and always. I never have the feeling that I have got to make the best of things; everything is fine just as it is. Every situation, however miserable, is complete in itself and contains the good as well as the bad." In touch with the equilibrium of a bigger picture she is aware of, she continuously draws from this place to find meaning in her current reality. On 7 October 1943, several days before her murder, she threw a postcard with her final words out of a train: "Opening the Bible at random I find this: ‘The Lord is my high tower'. I am sitting on my rucksack in the middle of a full freight car. Father, Mother, and Mischa are a few cars away. In the end, the departure came without warning... We left the camp singing... Thank you for all your kindness and care." Hillesum has repeatedly been referred to as a mystic.

Before she left for Westerbork, Etty Hillesum gave her diaries to Maria Tuinzing, with the instruction they be passed to Klaas Smelik for publication, should she not survive. Attempts to have them published proved fruitless until 1979, when Smelik's son, the director of the Etty Hillesum Research Centre, approached publisher J. G. Gaarlandt. An abridged edition of her diaries appeared in 1981 under the title Het verstoorde leven [An Interrupted Life], followed by a collection of her letters from Westerbork. A complete edition of her letters and diaries was published in Dutch in 1986 and translated into English in 2002. Her diaries were translated into 67 languages. Her letters were sent to friends and Hillesum’s final postcard was thrown from the train in Westerbork, where it was discovered by Dutch farmers after her death.

On 13 June 2006, the Etty Hillesum Research Centre (EHOC) was officially opened as part of Ghent University with a celebration at Sint-Pietersplein 5. It studies and promotes the research of Hillesum's World War II letters and diaries.

The Centre is directed by Prof. Dr. Klaas A.D. Smelik, who edited and published the Complete edition of the Letters and Diaries, and teaches Hebrew and Judaism at Ghent University. Staff member Dr. Meins G. S. Coetsier is the author of Etty Hillesum and the Flow of Presence: A Voegelinian Analysis. 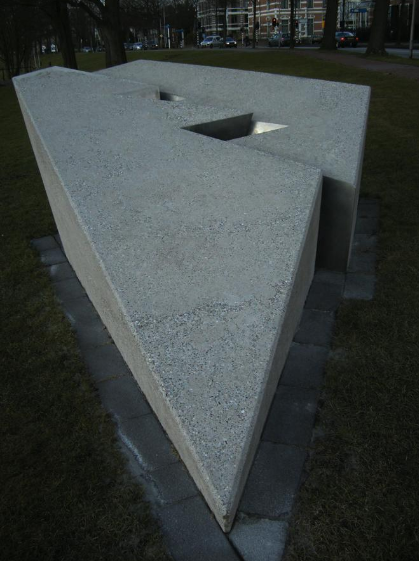 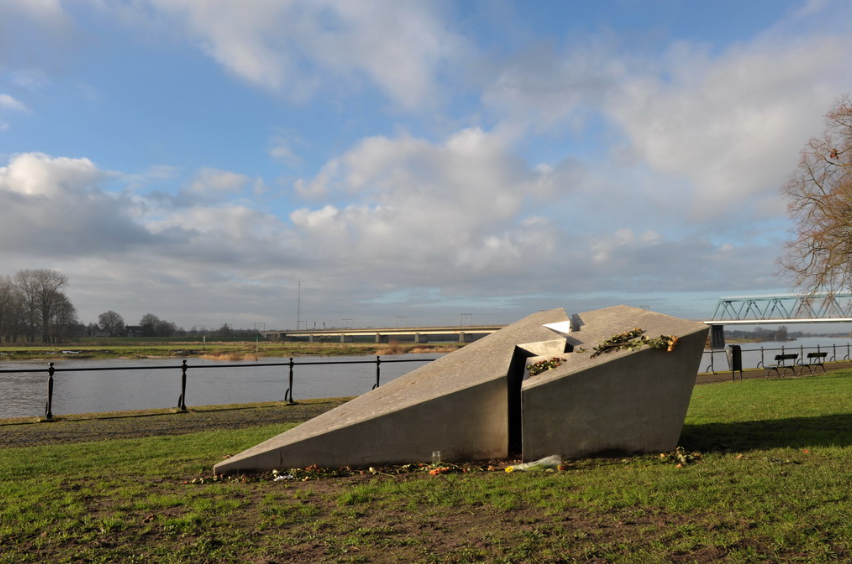 A monument to Etty Hillesum is located in Deventer on the riverfront, and the local secondary schools are named after her. There is also a modest museum dedicated to her memory; the Etty Hillesum Centre, housed at Roggestraat 3, Deventer, the location of a former synagogue and Jewish school.

Further Reading
In this part, we encourage you to list the link of papers wrote by the character, or published reviews/articles about his/her academic contributions.