Desalination is a capital-intensive process that requires a significant amount of energy, and since it is now mostly powered by fossil fuels across the globe, it has the potential to leave a significant carbon footprint.

As previously stated, the majority of desalination procedures use a significant quantity of energy. The bulk of desalination facilities now operating on a global scale is powered by fossil fuels. However, the majority of places that face increased fresh water demand also obtain significant quantities of solar energy. Thus, solar energy might be an excellent source for this purpose since it is plentiful and emits few pollutants. Solar desalination methods are divided into direct and indirect categories across the literature. In this context, if solar radiation is absorbed directly by the desalination plant’s input feed water, the plant is regarded to be of the direct kind. Solar energy is collected by solar thermal collectors and then transmitted to the salty water in indirect plants, or it is converted to electricity and then utilised to power the plant. In both scenarios, solar energy might be utilised to power the plant using a heat engine. Adapted from [32], Figure 2 displays this categorisation of solar desalination modules. However, this reference classifies HD as a straight drive. This is because, in an HD system, saline water may absorb sun energy directly or via solar thermal collectors. It might be either direct or indirect in this sense. 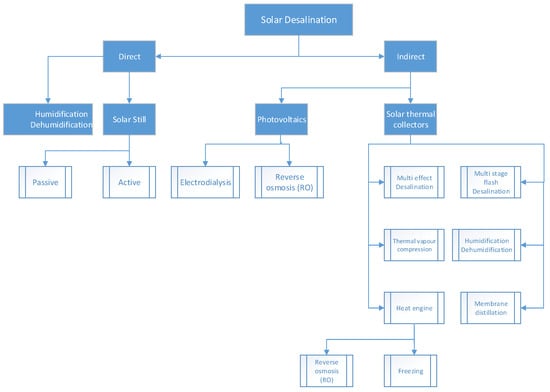 Figure 2. Classification of desalination processes based on solar energy.
Numerous aspects must be considered while selecting technology for a desalination project. It is highly dependent on the demand side, available resources, economic considerations, maintenance concerns, and the projected lifespan of the project, among other factors. For example, the simultaneous need for fresh water and energy may necessitate the use of poly-generation plant technology. Additionally, surplus heat generated by solar thermal collectors in the desalination plant might be used to meet heating needs. The magnitude of the demand sector may have a significant impact on the design process since certain technologies are incapable of meeting large demand levels. The operation and maintenance sectors are also important to examine since certain technologies are capable of working for an extended period without requiring significant upkeep. Another factor to consider is the amount of available land and the potential market. Additionally, environmental concerns should not be overlooked since they may be addressed in economic calculations. The benefits and disadvantages of various methods of solar desalination are listed in Table 1 in terms of environmental, economic, energy consumption, construction, material availability, efficiency, and distilled water quality, among other aspects. This table may provide relevant information on the comparison of several desalination systems.
Table 1. Merits and demerits of various solar desalination technologies.
To create a drinkable water product, three processes are required: pre-treatment, treatment, and post-treatment. Different desalination systems need varying degrees of pre-or post-treatment. In comparison to thermal desalination, membrane-based desalination techniques may be more susceptible to the presence of unwanted organic or inorganic chemicals or pathogens in the product water. Specifically, higher temperature desalination facilities with water temperatures more than 70 °C are considered to be rather safe in terms of the safety and quality of the generated water. This is because at high temperatures, any extant microbes are killed and dangerous inorganic compounds such as Boron products are eliminated by the distillation process, resulting in water with an acceptable purity. On the contrary, RO is unable to successfully remove Boron from seawater and other salty water sources. Additionally, ED cannot ensure pathogen elimination. In these circumstances, extensive post-treatment and water quality testing are necessary, increasing the plant’s capital cost. However, further measures should be employed in thermal plants operating at temperatures below 50 °C, since this temperature is insufficient for reliable pathogen elimination. Additionally, it should be emphasised that water quality problems may be highly dependent on the quality and circumstances of the water supply.
In comparison to other desalination systems, HD has a smaller capacity. However, it also takes very little care throughout the plant’s life. While the generated water is more expensive than that produced by other technologies such as reverse osmosis, other aspects make solar HD a viable option for distant places with low-to-moderate demand levels. It is not dependent on electricity or other energy sources, and solar energy can generate the necessary thermal energy. Solar HD plants might be an excellent alternative for tiny locations that lack enough access to potable water networks. Additionally, as solar collector technology advances, the total cost of the generated water decreases, making it a viable choice for small-scale applications.
Global Water Intelligence (GWI DesalData) desalination and reuse markets [59] classified desalination technologies according to Table 2.
Table 2. Industrial solar desalination technologies classifications.
Figure 3 illustrates a technology’s path to commercialisation depicting the early enthusiasm around a new idea, followed by disappointment when practical challenges arise, and then the last push for commercialisation and widespread adoption. 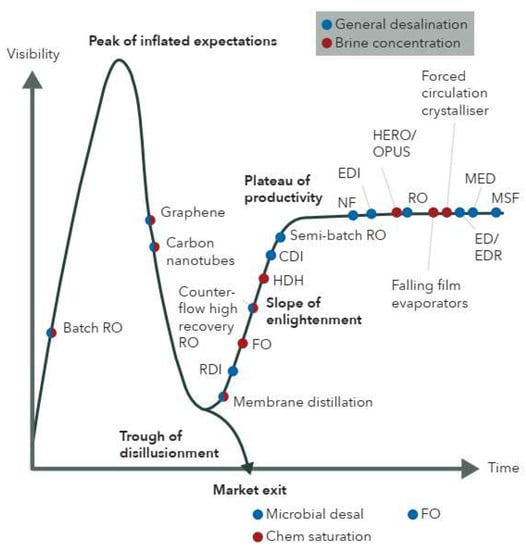 Figure 3. The commercialisation of innovative desalination and brine concentration technologies [59].
Management of brine is now a major driver of adoption. Except for semi-batch RO, almost all the methods undergoing the gradual march to widespread usage are largely utilised for brine concentration.
Materials such as graphene and carbon nanotubes are among the slowest-maturing technologies due to the time required to develop dependable and cost-effective production processes.
‘Operational R&D’ designs, such as semi-batch or counter-flow RO systems, are expected to gain traction considerably more swiftly.
Despite the capabilities of thermal desalination methods to use waste heat, research undertaken by MIT into primary energy usage demonstrates that even when waste heat is utilised, thermal procedures are less energy efficient than membrane processes. These primary energy values represent the value of the energy in the source, including generating losses and are based on the energy produced by a combined cycle gas turbine.