Diaspora is a free personal web server that implements a distributed social networking service. Installations of the software form nodes (termed "pods") which make up the distributed Diaspora social network. The project was founded by Dan Grippi, Maxwell Salzberg, Raphael Sofaer and Ilya Zhitomirskiy, students at New York University's Courant Institute of Mathematical Sciences. The group received crowdfunding in excess of $200,000 via Kickstarter. A consumer alpha version was released on 23 November 2010. Konrad Lawson, blogging for the Chronicle of Higher Education, suggested Diaspora in July 2011 as an alternative to corporately produced software.

Diaspora is intended to address privacy concerns related to centralized social networks by allowing users set up their own server (or "pod") to host content; pods can then interact to share status updates, photographs, and other social data.[1] It allows its users to host their data with a traditional web host, a cloud-based host, an ISP, or a friend. The framework, which is built on Ruby on Rails, is free software and can be modified and extended by external developers.

A key part of the original Diaspora software design concept was that it should act as a "social aggregator", allowing posts to be easily imported from Facebook, Tumblr and Twitter. As Village Voice writer Nick Pinto explained, "the idea is that this lowers the barriers to joining the network, and as more of your friends join, you no longer need to bounce communications through Facebook. Instead, you can communicate directly, securely, and without running exchanges past the prying eyes of Zuckerberg and his business associates."[2] As of 2016, the API for this feature was still under discussion.[3] 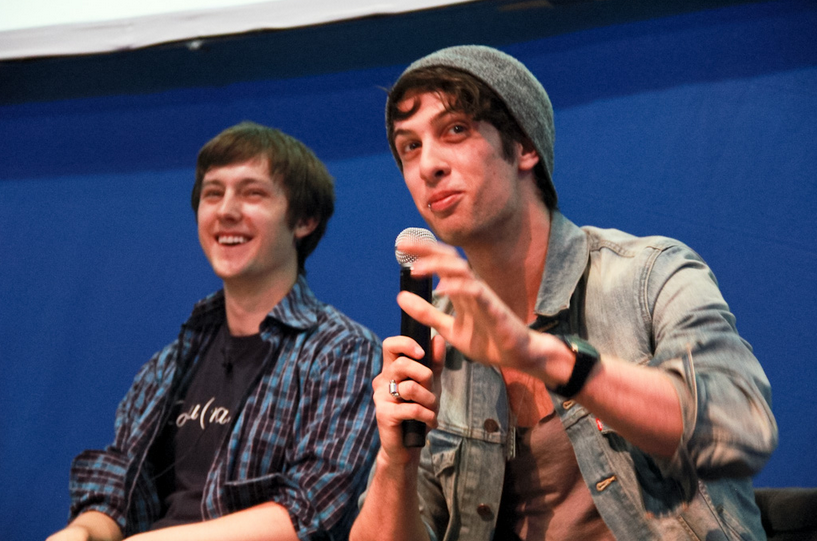 After the project raised over $200,000 in crowdfunding via the Kickstarter website by 1 June 2010, the group began working on the software.[4][5] A developer preview with a number of security holes was released on 15 September 2010.[6] On 23 November, a redesigned website was published in preparation for the alpha release, with the old site still available as a blog section. The early security holes were fixed with the alpha release.[7] The early alpha version contained many bugs and security flaws, but feedback on the free software led to quick improvements.[8]

After its foundation was completed, Diaspora's developers intended to concentrate on creating a "battery of add-on modules" in order to "facilitate any type of communication," and planned to offer a paid hosting service for Diaspora seeds.[4][9]

The software's beta release was originally scheduled for November 2011, but was postponed due to the need to add new design features and also Zhitomirskiy’s death.[8] In February 2012, the developers indicated that they had completed work on the software back-end to improve both pod up-time and website response time. The next phase of work involved changes to the user interface and its associated terminology to reflect the way users are actually interacting, as the software moves towards beta status, anticipated for later on in 2012.[10]

By May 2012, development was underway to allow a high degree of customization of user posts, permitting users to post different media, such as text, photos and video with a high degree of personalization and individual expression. The developers felt that allowing individual creativity in posts would differentiate the Diaspora platform from competitors.[8]

In June 2012, the development team was scheduled to move to Mountain View, California as part of work with startup accelerator Y Combinator.[8] In August 2012 the developers focus changed to working on creating makr.io, as part of their yCombinator class.[11]

In August 2012, the founders of Diaspora announced that they would let the community take over governance of the project, while they would stay involved, but take a lesser role. The project was adopted by, and became part of, the Free Software Support Network (FSSN), which is in turn run by Eben Moglen and the Software Freedom Law Center. The FSSN acts as an umbrella organization to Diaspora development and manages Diaspora's branding, finances and legal assets.[12][13][14]

In October 2012, the project made its first community release at 0.0.1.0, dropping all references to the Alpha/Beta branding it had previously used.[15] At the same time development was moved to a development branch, leaving the master branch for stable releases.[16] Additionally, efforts were underway to package Diaspora for Linux distributions and other systems.[17]

Diaspora uses a semantic versioning scheme that is prefixed with another number which will be increased when necessary to indicate a major milestone for the project.[18]

These are the major software versions released since community development started in August 2012.[19][20]