Polycom, now a part of Plantronics, was an American multinational corporation that develops video, voice and content collaboration and communication technology. Polycom was co-founded in 1990 by Brian L Hinman and Jeffrey Rodman. In 2018 Polycom was acquired by Plantronics and in 2019 the name of the combined entity was changed to Poly. On March 28, 2022 HP Inc. announced it would be acquiring Poly (company) in a deal totaling $1.7 billion USD.

Polycom was co-founded in 1990 by Brian L Hinman[1] and Jeffrey Rodman,[2] who were colleagues at PictureTel Corp.[3] The startup was based in San Francisco, California but soon moved to San Jose, California, with Hinman using $400,000 of his own money and $100,000 from friends as seed money. Oak Investment Partners and Accel Partners then contributed an additional $3 million in venture capital.[4] Polycom's stated goal was to develop solutions for all the major ways people communicate, specifically including audio, content such as documents, and video. Its first products to market were audio conferencing speakerphones. The company later added content sharing, video conferencing, video network and bridging, and system monitoring and management products.

Its first product in 1992 was SoundStation, a triangular speakerphone with unusually robust full-duplex audio allowing both parties to simultaneously speak and be heard. SoundStation and its successor, SoundStation Premier became the leading brand in the market in the 1990s.[4] Polycom began the development of its first product in the new category of "Document Conferencing Projector", called ShowStation[5] in 1994. In April 1996, Polycom went public on NASDAQ.[4] In 1997, the company began shipping ShowStation in addition to its growing line of audio products and had total revenues of $47 million.[4] In January 1998, Polycom acquired ViaVideo for $54 million and its videoconferencing product, which would be named ViewStation.[4] In 2011, Polycom posted $1.5 billion in revenue.

Brian Hinman served as CEO from the company's founding in 1990 until 1998,[6] when he was succeeded by Bob Hagerty.[7] The Board of Directors lost confidence in Hagerty after one of his closest associates was forced to resign due to leaking insider information over 5 years in the Galleon scandal. Polycom released this employee with a $300K settlement announced the Wednesday night before Thanksgiving. Andy Miller became CEO in May 2010. Miller had built Tandberg into a significant competitor before being forced to resign. At Polycom, Miller was with several expense and accounting violations by the SEC in 2012, and settled with the SEC by agreeing to not serve as an officer for any company for five years.[8] Miller left Polycom after being paid $24 million USD in compensation. He was succeeded as CEO by Peter Leav,[9] who was then succeeded in 2016 by Mary McDowell following Polycom's acquisition by Siris Capital Group.[10]

The firm employed approximately 3,800 employees in 2014.[11] In 2015, Polycom cut 15% of its workforce after posting large dips in sales.[12] Polycom reported revenues of $1.3 billion for the year of 2015. Peter Leav at that point was both president and CEO, and Laura Durr was chief financial officer and executive vice president (EVP).[13] In 2016, telecommunications executive Mary McDowell was named as its chief executive officer.[14] On April 15, 2016, Polycom announced that rival Mitel Networks would purchase them for $1.96 billion. As Mitel, a smaller company based in Ottawa, Ontario, Canada , paid a lower tax rate, the acquisition would have been an example of tax inversion, where a smaller company purchases a larger company in order to provide the combined larger corporate entity with the tax benefits of the smaller company's location.[15][16] In July 2016, the Mitel deal was scrapped in favor of an all-cash offer from New York City–based private equity firm Siris Capital Group.[17] Sirirs acquired Polycom for $1.7 billion.[18]

In 2017, Polycom had revenues of $1.1 billion.[19] On March 28, 2018, Plantronics announced that it would acquire Polycom for approximately $2 billion.[18][20] On December 27, 2018, Plantronics agreed to pay $36 million to settle a bribery investigation connected to Polycom.[21] The United States Justice Department declined to bring criminal charges for misconduct that allegedly occurred between 2006 and 2014, citing Polycom's voluntary disclosure.[22]

Note : 1 June 2011 – HP and Polycom, announced they have entered into a definitive agreement under which Polycom will acquire the assets of HP's Visual Collaboration (HPVC) business, including the Halo Products and Managed Services business of HPVC. 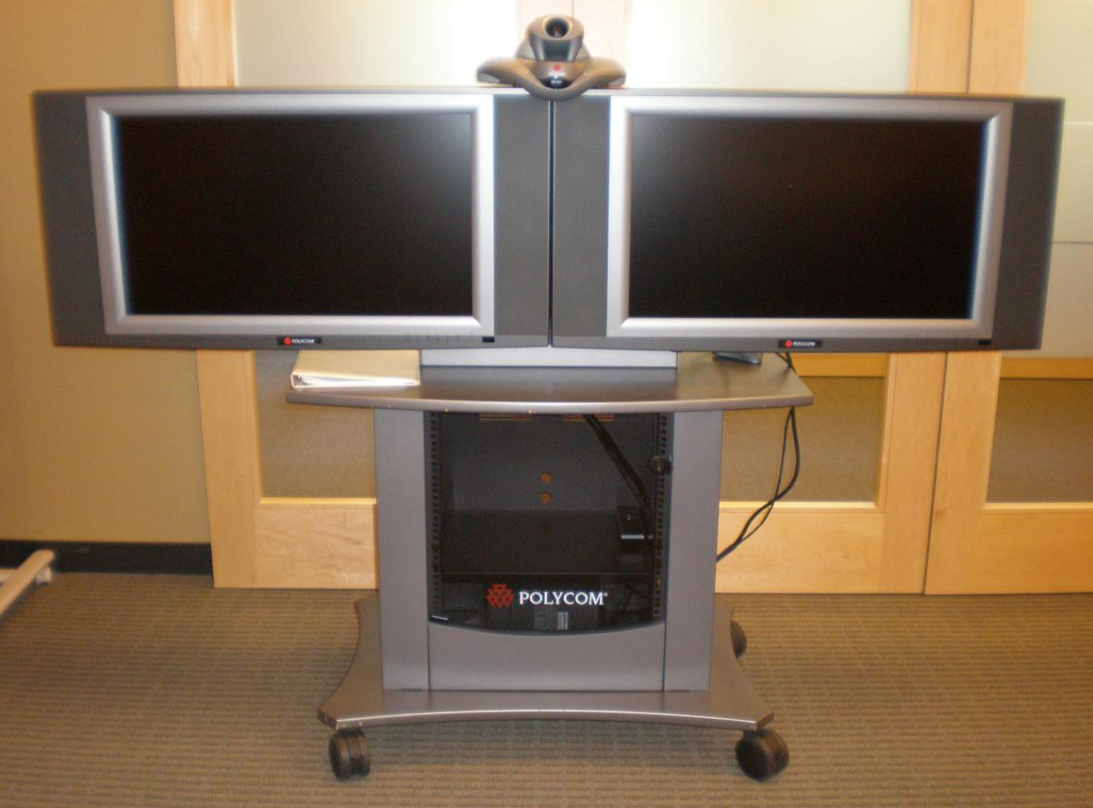 Polycom entered the video conferencing market in 1998 with the set-top unit ViewStation which integrated a PTZ (pan-tilt-zoom) camera with codec and communication electronics, and connected to a user-supplied video monitor on which it was designed to sit. ViewStation sold at the time for US$6000, and was relatively lightweight compared to competitors.[4]

In 2000, Polycom introduced a personal computer-based desktop video conferencing system called ViaVideo. The compact device provided the functionality of a webcam and included additional onboard processing capabilities to offset the computation limitations of most desktop and laptop computers at the time. As computer processing power increased, Polycom transitioned this hardware-software desktop solution to software-only clients called Polycom PVX, and later the Polycom RealPresence Desktop, or RPD.

In February 2001, Polycom entered the multipoint bridging market through its acquisition of Accord Networks,[37] which offered the MGC-100 line. In October 2001, it acquired PictureTel.[38] 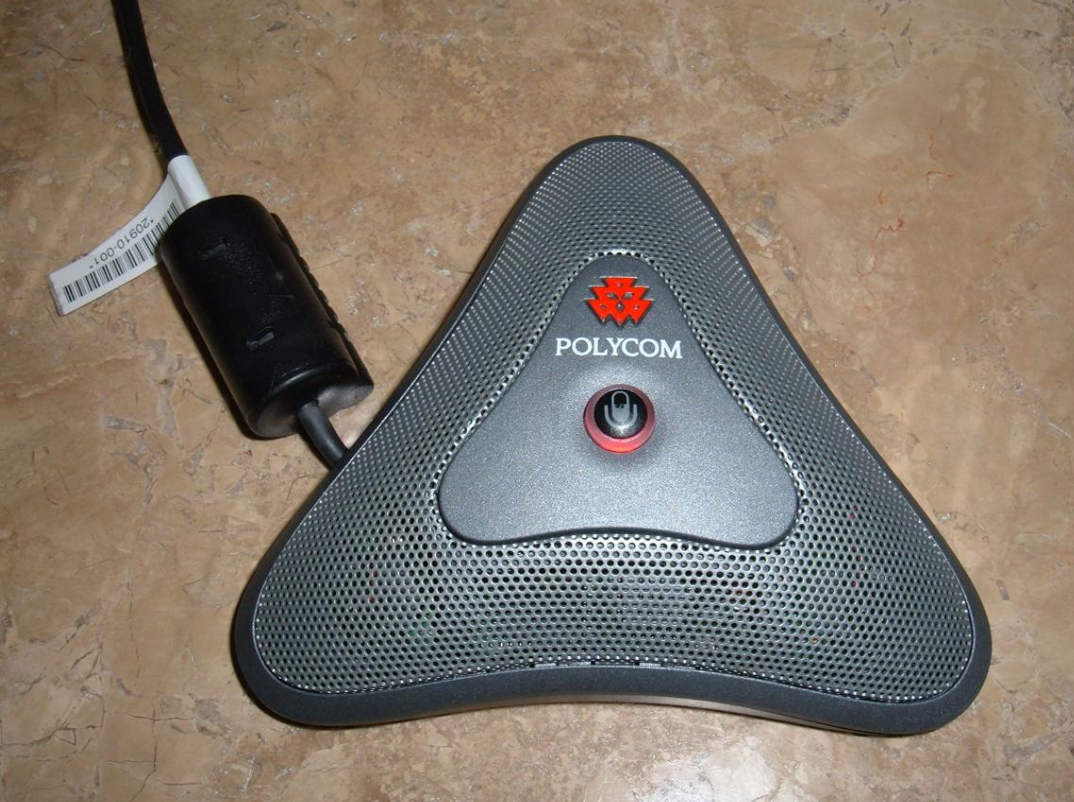 In February 2007, the firm introduced a new multipoint bridge platform called RMX 2000 designed to support HD and telepresence applications. It also expanded its telepresence and HD video product lines in 2007 with the Polycom Telepresence Experience solutions, and new executive desktop solutions, which further expanded its line of room-based conference rooms.

In 2008, Polycom delivered the Polycom Converged Management Application (CMA) a video network and system management application for video networks. Later that year, the firm introduced the Distributed Media Application (DMA) 7000, a network-based application that manages and distributes multipoint video calls within a network. Toward the end of 2008, Polycom also announced its plans to increase performance of its systems from 30 to 60 frames per second at higher resolution – 1080p and 720p. In 2010, the firm introduced the Polycom Open Telepresence Experience (OTX 300), another three-screen immersive conference system with improved data-efficient codecs that used half the data bandwidth of other comparable systems at the time. 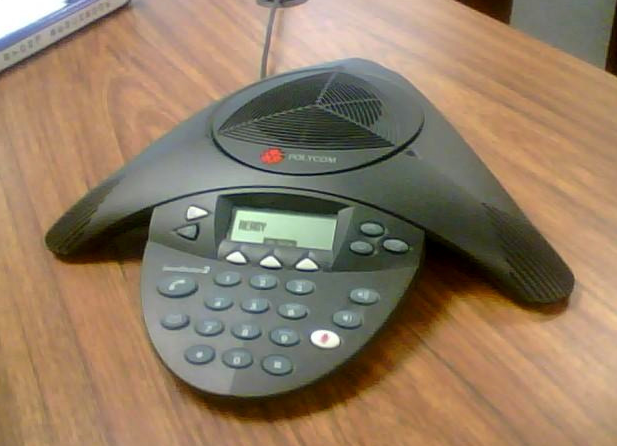 The first SoundStation conference phone shipped in 1992. The original device was followed by versions offering extended performance (SoundStation Premier, Premier Satellite, SoundStation EX). The SoundStation first shipped internationally (to the UK) in 1993, followed by other products and an expanding list of countries.

In December 2001, Polycom acquired ASPI networks,[40] a company specializing in installed voice systems including the ASPI Vortex.[41] With the 12-input and 12-output Vortex, Polycom's offerings could be extended to audio visual integrators who needed to handle many more microphones and speakers than traditional teleconferencing systems provided. In 2007, Polycom introduced the Vortex successor, the Polycom SoundStructure series.

In 2008, Polycom added applications enablement to its SoundStation and SoundPoint IP phones. The first product to market was the company's Productivity Suite, for which the company offered an open API for third-party developers.

In 2009, the firm introduced two video-enabled voice products. One was the VVX 1500 business media phone, which combines a personal video conferencing system with a voice over IP (VoIP) telephone having HD Voice and an open API and Web browser. It also launched the CX5000, a table-mounted video and audio conferencing console with a 360-degree camera, by licensing the distribution rights for Microsoft Roundtable. 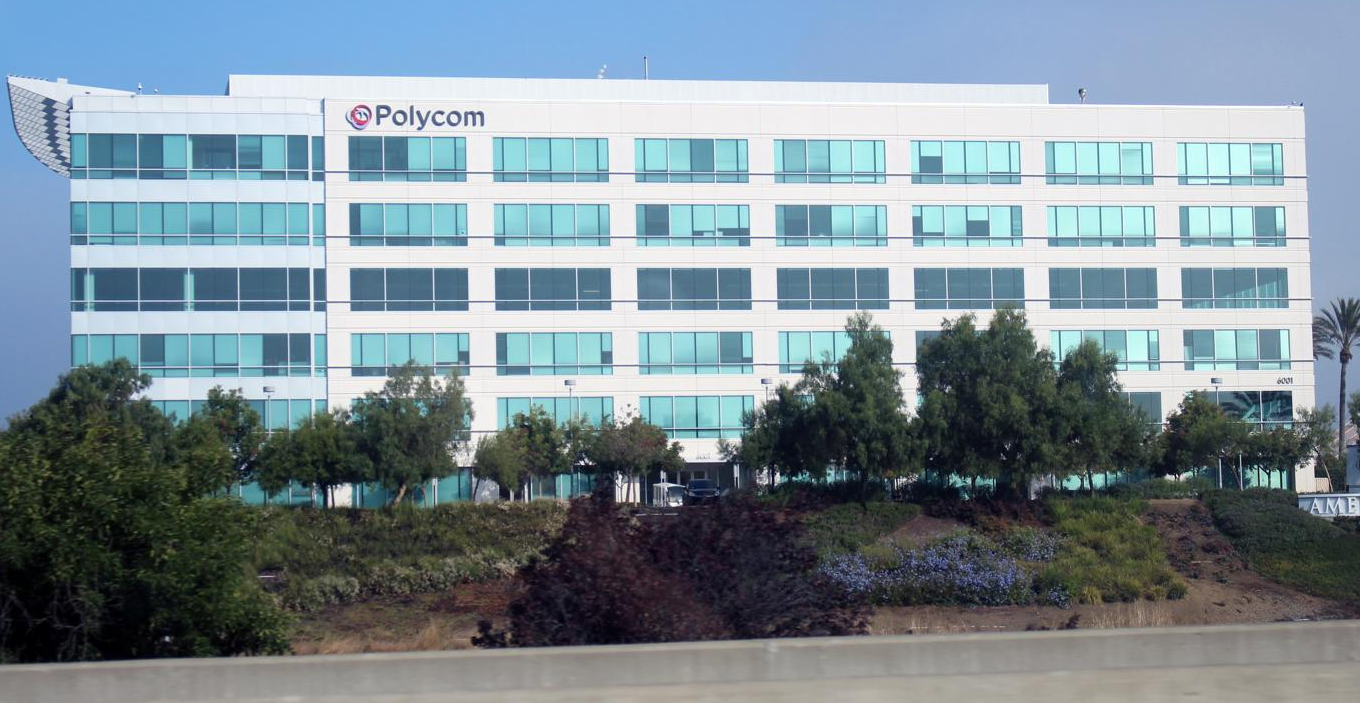 In 2011, Polycom announced the VVX 500, a VoIP business media phone with a gesture-based touchscreen interface.[43]

Also in 2011, Polycom announced that they had shipped their 4 millionth conference phone.

In 2012 the Wi-Fi and DECT products were divested to a new company called Spectralink, spinning it off to Sun Capital Partners for about $110 million.[44]