Wood decayed and colored by fungi, colloquially known as ‘spalted wood’, has been a source of art and folklore across numerous cultures. From intarsia and marquetry in Italy and Germany to woodturning in the U.S. and carving and mythology in Chile, the uses of, and stories about, spalted wood are explored, as well as how those have shaped their surrounding cultures as well as modern science.

A modern definition of spalting is as follows: any color in wood that has been produced as a fungal secondary metabolite [1]. Hence, spalting results from decayed fungi (brown rots, white rots, soft rots) that colonize wood and leave behind some sort of visible color. Spalting is generally broken down into three categories: large-scale pigment secretions, melanized or pigmented zone lines, and bleaching.
Pigment-type spalting often covers a large section of wood, in contrast to zone lines, which function more as fungal borders (Figure 1, Figure 2 and Figure 3). Spalting pigments span the entire color spectrum, from the bright turquoise of elf’s cup (Chlorociboria species) to the reds and oranges of flaming dragon fungus (Scytalidium cuboideum) to the rich brown found in English brown oak, which is secreted from the brown rotting fungus Fistulina hepatica (beefsteak fungus). Depending on growing conditions, spalting pigments can completely infiltrate downed, dead wood, leaving striking color across forest floors [1]. 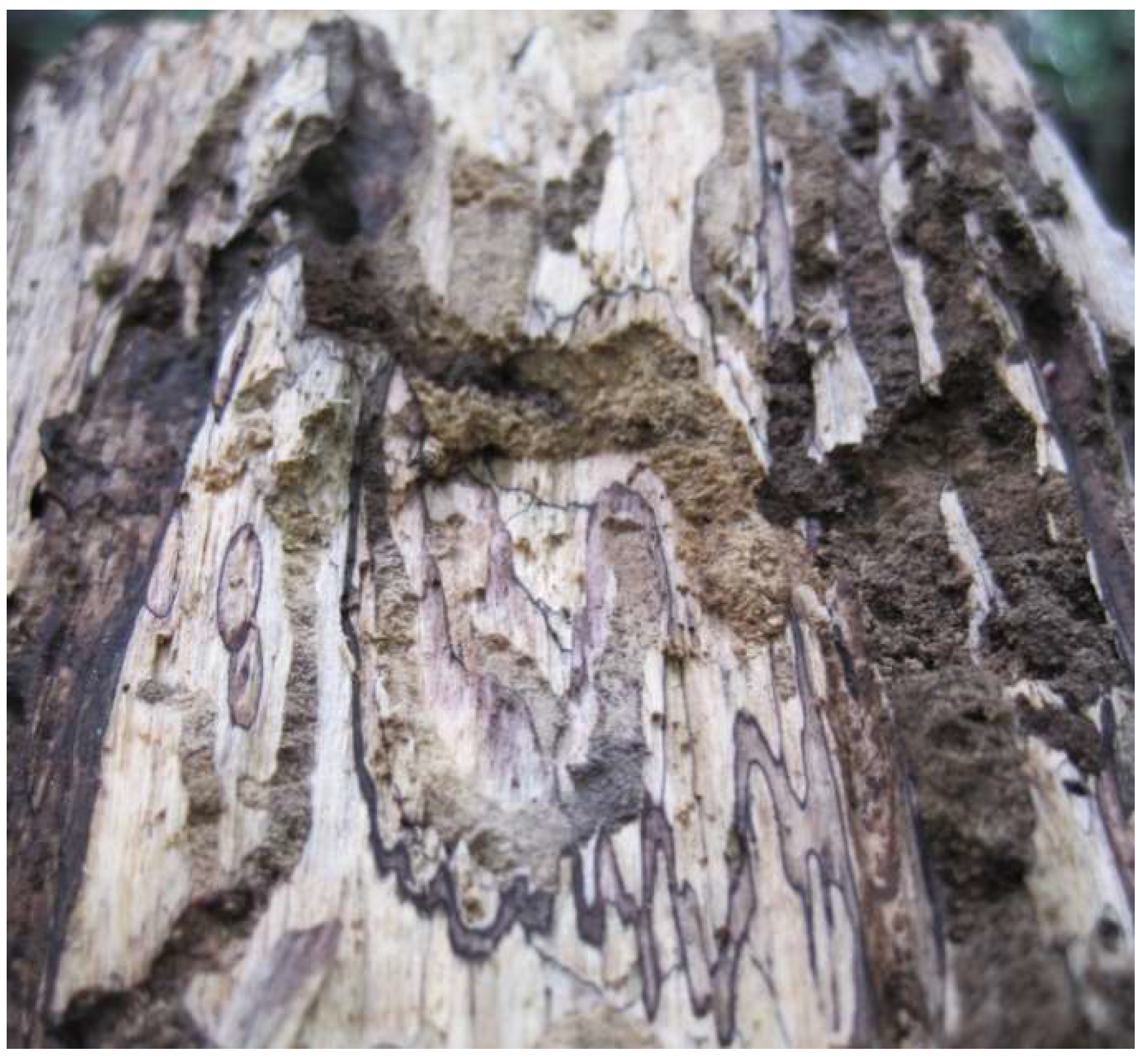 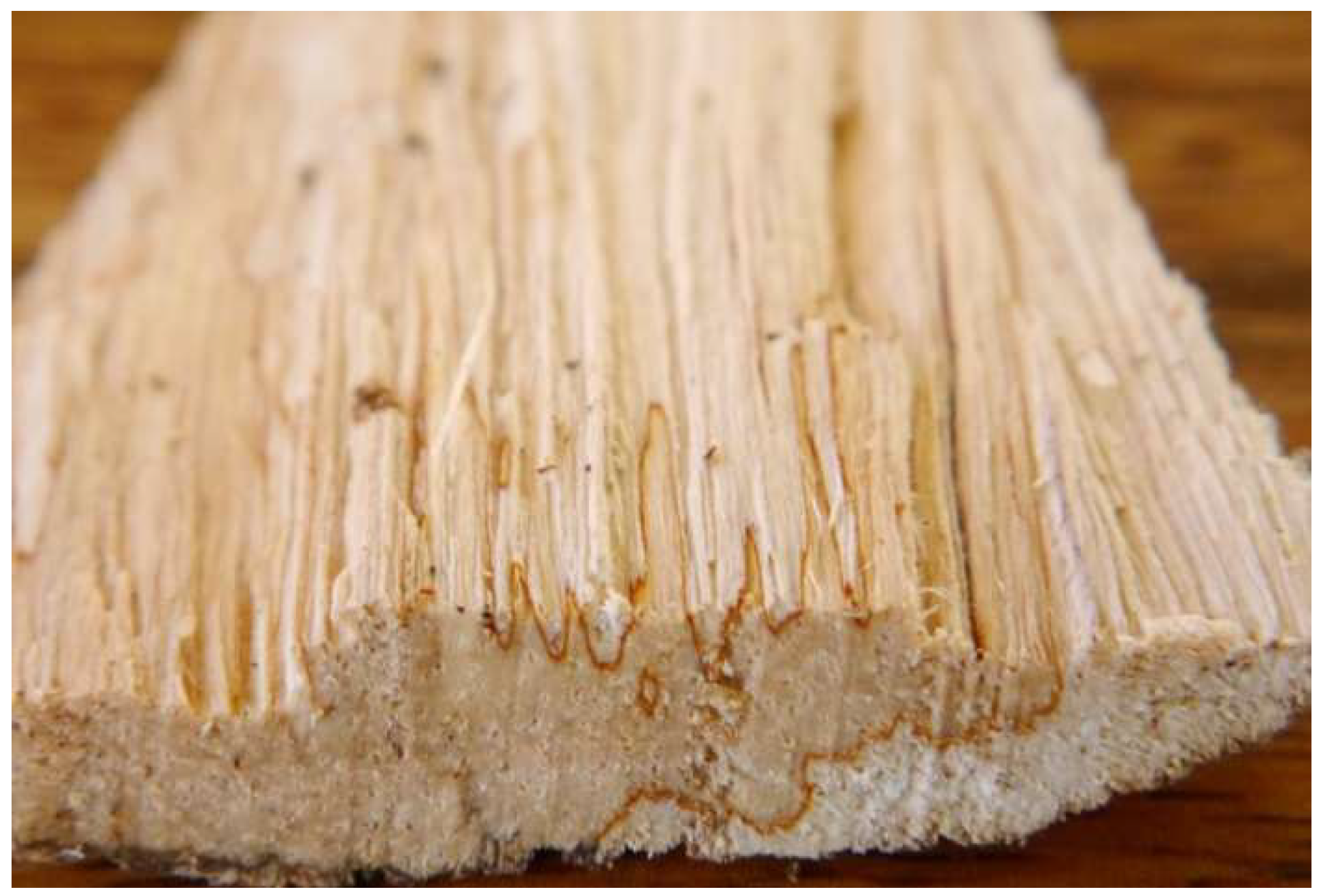 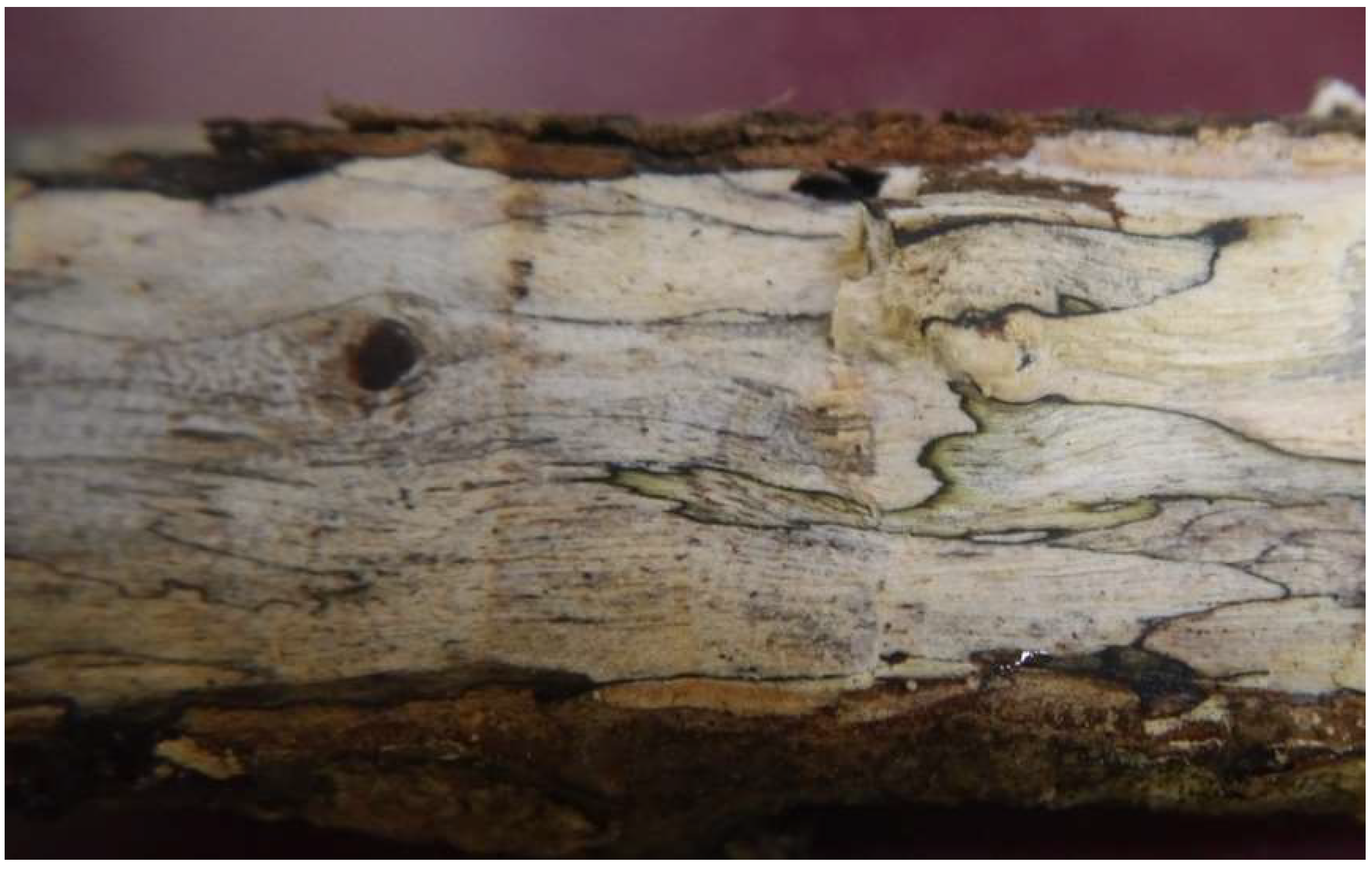 Figure 3. Green zone lines on decayed wood from the Peruvian Amazon. The green is so concentrated in some areas that it appears black.
Zone lines occupy much less space on spalted wood, although their usual brown and black melanin is striking on white, rotted material. The winding, often narrow lines can also occur as lower-weight pigments, such as green, red, and orange, and are formed as territory boundaries within wood or can be produced as a response to environmental stressors (UV light, low water availability, a high amount of copper in the substrate, etc.). The third type of spalting is bleaching, which is caused as white, rotting fungi grow through wood and create lightened areas through their removal of lignin and from the mass of their white hyphae within the wood [1].
Cultures across the world, over the centuries, have focused on different aspects of spalting. Some have preferred the bright pigments and some have preferred the zone lines, while others have built folk tales to actively avoid the wood altogether. What is most interesting is the frequency with which spalting turns up in ancient and modern human history, and the different ways humans have reacted to and used it.