Exosomes are attractive as vehicle systems for small therapeutic molecules and/or biomolecules including nucleic acids and proteins because of their lipid nature, presence of specific surface ligands (CD11b and CD18 receptors, integrins, tetraspanins) and ability to cross the blood–brain barrier. When compared to other drug delivery systems, exosomes have the distinct advantages of blood–brain barrier penetrance, longer duration in systemic circulation, tissue specificity that minimizes unwanted toxicity or off-target effects, stability of content, desirable biocompatibility and minimal toxicity issues. Techniques such as fusion expression, exosome membrane surface display and anchoring platforms have been used to attach peptides and biological ligands of interest to adhesion molecules, tetraspanins or integrins on exosome surface to ensure targeted delivery and enhanced uptake into desired cells.

Mechanisms involving chemical messengers, the extracellular matrix, gap junctions, tunnelling nanotubes and extracellular vesicles exist in cells for communication and exchange of bioactive materials including organelles, genetic materials, pathogens and misfolded proteins [1]. Based on characteristics of their production and release from cells, classes of extracellular vesicles include exosomes, microvesicles and apoptotic bodies [2]. The use of the term “exosomes” can be traced to a 1981 paper where the writers proposed that exfoliated membrane vesicles be referred to as exosomes [3]. In 1983, two independent studies reported that the maturation of reticulocytes into erythrocytes involved the release of transferrin receptors via 50 nm vesicles [4][5]. Four years later, the term exosome was used by Rose Johnstone to refer to vesicles released into the extracellular space following fusion of the multivesicular bodies (MVBs) with the plasma membrane [6]. For the purpose of this review, and in line with the International Society for Extracellular Vesicles (ISEV) designation [7], the term small EVs (sEVs) will be used interchangeably with exosomes. Exosomes can be released by different cell types in vitro and can be detected in biological fluids in both pathological and physiological contexts.

Intercellular communication between neurons [8] and their surrounding cells [9][10][11] in the central nervous system occurs through the secretion of soluble molecules or release of vesicles such as exosomes containing neuroprotective factors in the extracellular space [12][13], participating in the maintenance of the brain homeostasis [14][15]. Under neurodegenerative conditions associated with ageing, such as amyotrophic lateral sclerosis (ALS), Alzheimer’s or Parkinson’s disease, exosomes are suspected to propagate toxic proteins [16][17][18][19].

After summarizing exosome biogenesis, exosome heterogeneity and their fate and impact on recipient cells, this review will then focus on the role of sEVs in Amyotrophic Lateral sclerosis (ALS), a multisystemic condition [20]. Thereafter, we will discuss whether exosomes could be used as biomarkers for ALS.

During exosome biogenesis, early endosomes mature into late endosomes where intralumenal vesicles (ILVs) are formed and accumulate in their lumen. The process of exosome formation includes (1) the clustering of sorted cargo at the membrane of the MVBs, forming microdomains, and (2) subsequent membrane curvature and fission of vesicles. Generally, the fate of MVBs is to fuse with lysosomes for degradation of their content. However, MVBs can also be targeted to the plasma membrane of the cell where ILVs are released into the extracellular space as exosomes upon membrane fusion [21]. The role of endosomal sorting complexes required for transport (ESCRT) proteins in exosome biogenesis has been investigated using a variety of approaches such as proteomics and RNA silencing screening analysis [22][23]. The depletion of the four ESCRT complexes involved in exosome biogenesis did not totally abrogate exosome formation, indicating the existence of other mechanisms [23][24]. Two different pathways are described for sEV formation ( Figure 1 ), summarised below. 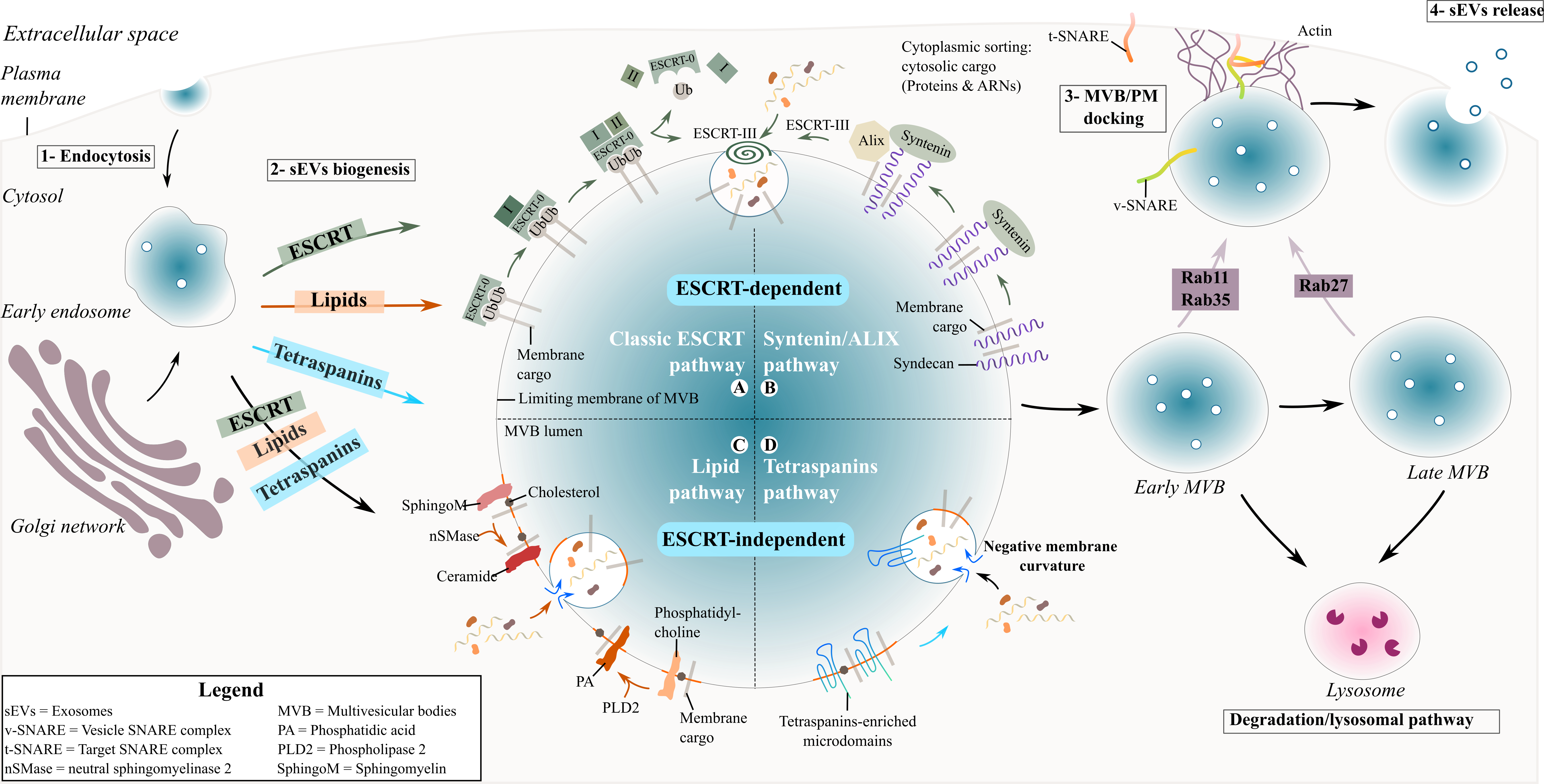 Figure 1. Biogenesis and secretion of exosomes. Schematic representation of exosome formation and release in the extracellular space.

The ESCRT proteins can cluster into four complexes: ESCRT-0, I, II and III [25] and are involved in the sorting of ubiquitinated cargo into ILVs ( Figure 1 ). The ESCRT-0 complex is composed of HRS (Hepatocyte growth factor-regulated tyrosine kinase substrate) and STAM (Signal transducing adapter molecule) proteins and is recruited to the endosomal membrane via ubiquitinated cargo and phosphatidylinositol 3-phosphate (PI3P). HRS recognizes ubiquitinated protein–ubiquitin acting in this context as a targeting signal for the specific incorporation of molecules in ILVs- and binds to PI3P [26][27]. The HRS/STAM complex recruits ESCRT-I via TSG101/VPS28 (two components of the ESCRT-I complex) to the endosomal membrane and forms an ESCRT-0/ESCRT-I complex. The ESCRT-I complex contains one copy each of TSG101, VPS28, VS37 [26] and MVB12. Its recruitment at the endosomal membrane is enhanced by ubiquitinated transmembrane cargo. Similar to ESCRT-0, it is also involved in the clustering of selected ubiquitinated cargo into microdomains and mobilizes the ESCRT-II complex. The ESCRT-II complex is a heterodimer comprising one copy each of VPS36 and VPS22 and two VPS25 subunits [28]. Together with the ESCRT-I complex, the ESCRT-II complex initiates the negative curvature of the emerging ILV at the MVB membrane and the uptake of cytosolic cargo [27]. Finally, the association of ESCRT-I and –II recruits the ESCRT-III complex at the ILV biogenesis site via ALIX or through a direct interaction with VPS25 from ESCRT-II. The components of the ESCRT-III complex polymerize into filaments after recruitment at the MVB membrane with two protein complexes, VPS2-VPS24 and VPS20-SNF7 [28][29]. ESCRT-III inside the nascent neck of the ILV leads to the closure and detachment of vesicles containing specific cargo within the MVB lumen [26][27].

Another ESCRT-mediated exosome biogenesis involves the interaction of ESCRT-III/ALIX with the transmembrane proteoglycan receptor, syndecan, and its binding partner syntenin [30]. Syndecans assemble at the MVB membrane, followed by cleavage of the syndecan auto-repulsive domain. They remain clustered at the membrane allowing syntenin to bind to the syndecan bundle. Consequently, syntenin interacts with ALIX, recruiting the ECRT-III unit with VPS4 and leading to endosomal membrane inward budding and abscission. ALIX initiates a de-ubiquitination step that occurs before the incorporation of proteins into the ILV and before the closure of the latter [26].

The tetraspanin family are regulators of non-ESCRT dependent exosome biogenesis ( Figure 1 ). Tetraspanin proteins possess four transmembrane domains resulting in two extracellular and three intracellular regions [31]. Tetraspanin proteins are glycosylated to various degrees [31], forming oligomers and a protein-enriched microdomain at the plasma membrane [32]. The role of glycosylation modifications of tetraspanins is still unknown but it possibly contributes to tetraspanin complex formation [33]. Due to their cone-shaped conformation and their ability to cluster into microdomains, tetraspanins could induce inward budding of the late endosomal membrane and exosome formation [34]. Tetraspanins are highly enriched within exosomes and have been specifically used as exosomal biomarkers over the years (see Table 1 ). Among them CD63, CD81, CD82 or CD9 are particularly used as exosome markers.

Table 1. Exosomes released by cells in the central nervous system and by the neuromuscular system.

3. Exosomal Interaction with Recipient Cells and the Fate of Exosomes

Exosome–recipient cell interaction requires a combination of specific molecules present on the surfaces of the cell and on the exosome including proteins (glycoproteins, integrins or tetraspanins), sugar (heparan sulfate proteoglycans) and lipids. Table 2 reports some of the ligands on the surface of exosomes and the targeted cells that are known to interact with each other.

Several studies have investigated how exosomes could specifically target different cells under physiological and pathological conditions [37][38][39]. Among the list of known ligand– receptor interactions, protein–protein interactions are the most abundant for sEVs. For example, the pre-treatment of ovarian cell-derived exosomes with proteinase K or trypsin to degrade exosomal transmembrane protein abolished their uptake by cancer cells [37][40][41]. Inhibiting specific interactions using antibodies or soluble ligands prior to treatment of cells with exosomes has enabled the discovery of many specific ligand–receptors involved in exosome uptake [42]. The various specific ligand–receptors suggest that some sEVs may target specific cells and/or may have different effects on different cells. Once an exosome docks at the surface of the recipient cells, four scenarios can occur. The exosome binds to cell surface receptors eliciting intracellular responses in the recipient cell [43]; it fuses with the plasma membrane releasing its contents directly into the cytosol [44]; it is internalized by the recipient cell via the endosome machinery [45][46]; or it crosses the cell and is re-released intact to target other cell types [47].

4. Exosomes as Molecular Biomarkers for ALS

Presently, no single diagnostic test exists for the diagnosis of ALS, with clinicians relying on a combination of history, physical examination, neuroimaging, electrodiagnostic and laboratory findings [20][48]. ALS shares certain overlap with other neurodegenerative diseases, which makes diagnosis difficult with a reported lag of 12 months between the onset of symptoms and neurological diagnosis [48]. Biomarkers provide opportunities to improve diagnosis, monitor disease progression, gauge prognosis, aid patient stratification and response to therapy [20][49], and exosomes may be well suited for these roles. Molecular biomarker development for ALS is at an all-time high with investigated biomarkers cutting across proteins, miRNAs, mRNAs and metabolites from cerebrospinal fluid (CSF) and blood (extensively reviewed in [20]).

The investigation of sEVs as diagnostic and/or prognostic biomarkers for ALS has been increasingly investigated during the last decade. Disease pathology affects the composition of exosomes [50] as well as their secretion and/or accumulation [51][52]. Advantageously, proteins and RNAs associated with a disease and enclosed in exosomes exhibit stability in biological fluids as they are protected from degradation by the double membrane structure of the sEVs and can be stored for long periods before analysis [53][54]. This would suggest that the content could be sensitively detected if appropriate isolation protocols that ensure near-pure sEVs are utilised. Exosomes and their contents as molecular biomarkers for ALS have been investigated in cerebrospinal fluid [279,280], plasma ([281–283] and serum [284].