The fresh fruit chain has been recognized as a very important and strategic part of the economic development of many countries. The planning framework for production and distribution is highly complex as a result. Mathematical models have been developed over the decades to deal with this complexity. This review focuses on the recent progress in mathematically based decision making to account for uncertainties in the fresh fruit supply chain

The fresh fruit supply chain has a relatively long supply lead time, uncertain supply and demand, and a thin profit margin due to competition. These are the challenges that supply chain managers need to confront by improving the efficiency and using modern decision-making tools [1]. In developed countries, where science and technology are better leveraged and crop productivity is high, production is not able to meet demand for several reasons; some of these are a shorter growing season in the North, demand for fruits and vegetables outside their seasons, and skilled labor shortages.
To meet the year-round demand for seasonal vegetables and fruits, most rich countries resort to a high level of imports—in countries such as the US and Canada, up to 50% of fresh fruit is imported [2]. As fresh vegetables and fruits have better nutritional content and taste than preserved fruits/vegetables from past seasons, there is always sufficient demand for importing these internationally. In many developing countries, agriculture mostly follows traditional practices and uses manual labor. This brings unique challenges compared to developed countries which include difficulties in coordination between farmers, cooperatives, traders, wholesalers, distributors and retailers. Other challenges are:

The influencing elements on the fresh fruit supply chains can be classified as follows (Figure 1): Several modeling approaches for the fresh fruit supply chain were conceived based on various settings, constraints, challenges and influencing elements (shown in Figure 2):. 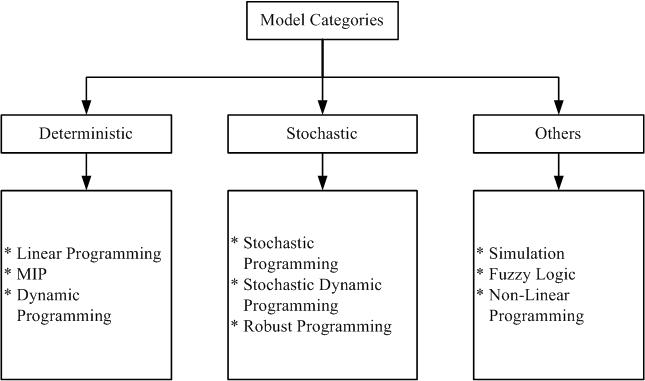 Most papers dealing with FFSC in a deterministic context implement LP or MIP formulations to make tactical and/or operational decisions. Additionally, the agricultural activities such as planting, harvesting and storing are covered more than the others. Besides, almost all authors only consider one kind of fruit as a case study to evaluate their model. Diverse decision-making levels and stages of the FFSC need to be considered more. Monoculture is known to be detrimental to soil health. Thus, future models should deal with polyculture farming and its SC implications.

Traditional deterministic models using linear programming or MIP are generally unable to deal with problems that involve uncertainties or give solutions with a high level of risk. This is particularly true in agricultural with several uncertain factors starting with weather conditions. Stochastic programming and robust programming (both extensions of linear programming) can address uncertainties in the parameters of linear or MIP optimization models for production and logistics planning in agri-food industries.

The L-shaped method is considered an effective tool to solve the stochastic problem. In addition, most of the authors believed that the two-stage stochastic model was a good choice for making tactical and operational decisions. Hence, two-stage stochastic models will still be used to deal with risks and uncertainties in the FFSC. However, new developments in robustness should be considered and applied to support decision making under uncertainty.

In many fresh fruit supply chains, uncertain elements include the time to harvest, quantity for packing, cost for shortage, etc. Such uncertainties can be modelled in ways other than stochastic programming as Fuzzy programming, Simulation and Non-linear programming.

2. Robustness and Limitations of Existing Models

In the general view, the following are the main criteria on which researchers conceive and structure their models for the planning and logistics of the fresh fruit supply chain:
The fruit species under consideration were varied but very commonly consumed on a daily basis such as tomatoes, apples, grapes, bananas, etc. However, many tropical fruits were not covered as extensively in the literature.
Figure 3 shows the coverage of the fresh fruit supply chain research in the past, focusing on several common species in the market. Figure 3. Statistics related to the fresh fruit supply chain research in term of fruit species from 1978–2017.
It can be observed that apples, grapes and tomatoes are the most used in case studies. From the chart in Figure 3, it is noticeable that most cases covered in the literature are perennial fruit or one-year lifetime trees. Meanwhile, fast-growing perennial trees are less considered than one year trees.
Figure 4 shows that most of the papers deal with tactical decisions (17 articles) followed by the operational level (11 articles). Only six articles focused on the strategic decision level. However, the coupled models seemed the most favorite approach in dealing with the fresh fruit supply chain, including 24 articles at different levels for combined decisions, such as strategic—tactical (7 articles) and tactical—operational (17 articles).

Figure 4. Number of model categories in fresh fruit supply chain optimization.
It was observed that all models were based on the well-defined underlying factors such as links, actors, actions, and states. The product is characterized by two types of states: appearance and quality. Appearance states are affected by handling action while the quality states are affected by processing, transportation and storage.
The models in the literature can be viewed from a robustness point of view [3]. The linear programming models include crop growth characteristics, seasonality, weather data, crop growth in order to accurately model yield and the timing of the maturity of fruit. The model such as Hamer’s [4] can also be used several times during a season to update marketing strategy and early warnings of production surpluses or shortfalls. However, linear programming models are limited because they do not consider uncertain parameters. In theory, linear models can be run for a choice of parameters but organizing such sensitivity analyses in a risk/robustness/economic trade-off is a challenge.
The dynamic programming models are useful in incorporating the quality. The process of changing the quality of products was described as one function of the DP model developed by Gigler et al. [5]. In addition, the appearance of the products was also considered in their DP approach to point out the relationship between quality and appearance of the products through the supply chain from farmers to final consumers.
The “machine repair” model suggested by Ampatzidis et al. [6] could be part of a general simulation approach to integrating operation research techniques to improve the total harvest process. It can also be used to model machine harvesting with a fleet of machines to collect, pack and distribute fruits. Consequently, the queuing theory to model waiting time can be logically used for agricultural operations.
Summary of section: This section presented the distribution of papers according to the type of fruit considered and the decision planning levels. Future models should aim to incorporate biological, environmental and economic considerations such as epidemics, climate change, and price fluctuations. Furthermore, more emphasis should be put on fast-growing perennial trees and their fruit production and distribution.

The fresh fruit supply chain, a subcategory of the fresh product supply chain, presents modelling challenges due to inherent random and uncertain factors (such as yield, demand, price). New information technologies associated with robust but affordable computers and high technologies (such as drones and sensors) could allow FFSC managers to monitor real-time crop growth information to develop better harvesting and production plans. Nevertheless, according to our review, there exist three main challenges for FFSC models: (1) the efficiency of the entire FFSC in function of the coordination between different stages; (2) the development of integrated planning models which are capable of acquisitioning data or updating parameters from such high-tech informative systems; and (3) surprisingly, a lack of standardization of all FFSC model outputs and performance metrics is observed. FFSC modelling is an interdisciplinary topic and communication between disciplines should be improved to facilitate model comparisons. These shortcomings can hinder the adoption of modelling tools by practitioners. Besides, social responsibility and changing consumer values will create an increasingly complex business planning environment. Examples of such issues are genetically modified products and organic fresh fruits. The creation of a database of FFSC models, categorized by local and regional factors, would be valuable for modelling practitioners and modelers, allowing for benchmarking to occur.
Sustainable development and sustainability criteria have become extremely controversial since international trade based on economic criteria is seen as increasing green-house gas emissions and creating waste management issues. At the same time, increasing global competition and lower prices are strongly required for efficient management, including well-organized transportation, distribution, and inventory management of fresh fruit. These are essential for profitability and provide additional research opportunities.
All models reviewed are appropriate for the specific context and problems that they deal with. Of all the papers reviewed, the following ones propose integrated models of the supply chain under:
For future models, there are two facts that we cannot ignore: (1) mechanization in all steps of the fresh product supply chain and (2) door-to-door service which is becoming prevalent worldwide, especially in periods of pandemic. Mechanization is a response to the combination of rising labor costs and increased opportunities for rural workers in nonfarming sectors. Information and communication technologies in association with automation systems (data-driven technologies, artificial intelligence, etc.) can replace manual decision making in the traditional farm. FFSC systems then become more complex, requiring higher investment. This creates new opportunities for mathematical modelling. Therefore, there is a strong need for models that include real-time monitoring data, uncertain information, logistics integration and product safety and quality. The extension of current models to incorporate robustness and risk reduction would be extremely useful.
Regarding the door-to-door service, it is becoming prevalent in many Asian countries and the North American market. To meet a client’s specific requirements, the retail and foodservice supply chains must evolve various services, including customs formalities, preparation of space for perishable cargo on transportation means, prioritization of storage at the places of origin and destination. Factors such as temperature, quantity, damaging degrees, sanitary inspections and quality checks are standard and need to be regularly controlled. The big question is how we could insert all these features into current optimization models.