Forest biomass is a sustainable source of renewable energy and a valuable alternative to finite fossil fuels. However, its overharvesting may lead to soil nutrient depletion and threaten future stand productivity, as well as affect the habitat for biodiversity.

The study area is located in the Centre-Val de Loire region, Central France (Lat 47.705141°; Long 1.647949°). Forests are mainly private (87%), composed of broadleaves species and cover a quarter of its total area [45]. They contain an important fuelwood resource but their soils are nutrient-poor and sensitive to the loss of fertility [46]. Half of the forested area of the region has long been managed in a coppice-with-standards (CWS) regime [47]. The standard layer is mostly dominated by deciduous oaks (Quercus robur L., Q. petraea (Matt.)) Liebl. and in the coppice layer by hornbeam (Carpinus betulus L.), sweet chestnut (Castanea sativa Mill.) and other deciduous species.
Nine whole-tree harvesting sites in central France were sampled for three years 2017–2020 (Figure 1). Three sites are located in a public forest, and five are in different private forests. Some of the sites are located in protected areas of the Natura 2000 network, but none are concerned by a high-level protection measures. 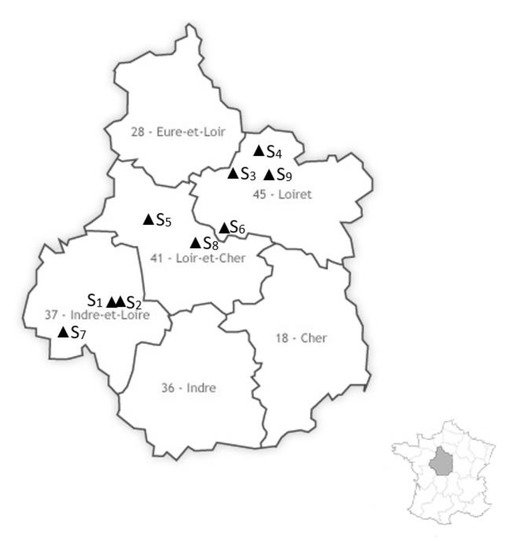 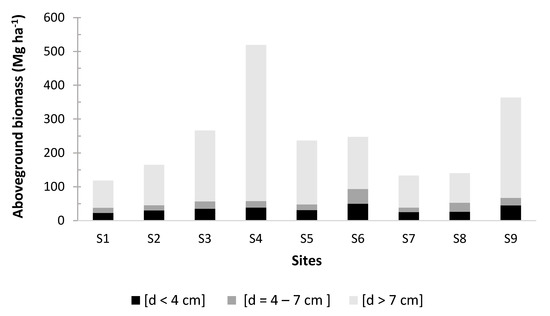 Figure 3. Estimates of standing biomass on the nine sites before harvest by diameter classes.
In general, the harvest intensity was highly variable and ranged between 13% and 100% (Table 2). On sites managed as coppice and CWS, more than 70% of aboveground biomass was harvested (S2, S6, S7, and S8), 43% for S5 and 33% for S1. However, the harvest intensity was lower in high forests (S3, S4, S9) and ranged between 13% and 52%.
Table 2. Amounts (Mg ha−1) and proportions (%) of woody debris left on sites presented for each wood diameter class.