Extended-spectrum beta-lactamase (ESBL) and AmpC beta-lactamase (AmpC) producing Enterobacteriaceae occur frequently in livestock animals and the subsequent stages of the meat production chain and are therefore considered a risk for human health. Therefore, biosecurity and specific intervention measures shall prevent the entry and the spread of ESBL/AmpC producing E. coli in animal farms.

Our review presents data from fourteen studies about the effectiveness of intervention studies on the occurrence of commensal, pathogenic and ESBL/AmpC producing E. coli in broiler fattening farms. The intervention measures were competitive exclusion, cleaning and disinfection and feed additives. The measured effects varied from "no effect" to a reduction of up to 6.6 log10 CFU/g.

The World Health Organization (WHO) has declared antibiotic resistance to be one of the biggest threats to global health, food-security, and development [1]. One of the most widespread resistance mechanisms of bacteria is the enzymatic inactivation of antibiotics by beta-lactamases. In that process, the beta-lactam ring of the antibiotics is hydrolyzed, and thus the irreversible blockade of the enzyme essential for the cell wall synthesis of these bacteria is prevented. The occurrence of ESBL-producers and AmpC-producers in Enterobacteriaceae like Escherichia coli has increased. They were frequently detected in livestock, companion, and wildlife animals [2][3], in humans, vegetables and broilers [4][5] but also in water, soil, air, or dust [6][7][8]. In Germany, high detection rates for ESBL/AmpC producing E. coli were identified in broiler houses and broilers [9][10][11]. The possible transmission to humans may occur via direct contact with animals or the environment, or via the consumption of contaminated food [5][12][13].

So-called biosecurity measures shall prevent potentially pathogenic microorganisms from entering a broiler farm and spreading within the farm. External measures shall protect the animals from pathogens in the environment, that enter the farm by vectors such as transport vehicles [21], humans [22][23][24], companion animals [25][26][27], wild animals [28][29][30], rodents [31][32], and water or feed [20][33][34][35][36]. Internal biosecurity aims to prevent the spread of pathogens within the farm, for example through hygiene measures such as protective clothing, hand washing or cleaning, and disinfection of the pens [37][38][39]. Various management factors can also have an influence on the occurrence of diseases: ventilation and temperature, litter quality, stocking density, breed, and housing conditions or an all-in-all-out-system [40][41][42]. Finally, measures are discussed, which can improve animal health by helping to strengthen the immune system or prevent colonization of the gut by pathogenic bacteria [43][44][45].

Several intervention measures have been successfully applied to control Salmonella in livestock animals [46][47] but they were identified not to be effective against Campylobacter or ESBL/AmpC-producers, as demonstrated by the wide spread and increasing numbers of these microorganisms [48][49].

A total of 643 publications were analyzed (see Figure 1): Half of them resulted from the PubMed search by keywords, one quarter each from experts and by bidirectional literature search. In the first selection step we excluded publications for not meeting our requirements concerning language and peer reviewed publication of primary data. In the next step, we searched for studies investigating ESBL/AmpC-producing Escherichia coli in poultry or broiler or chicken or layer but did not exclude studies about commensal or pathogenic E. coli. With the third step we selected studies investigating the effect of intervention measures in broiler houses or broilers on farm level. Finally, we identified 14 publications. 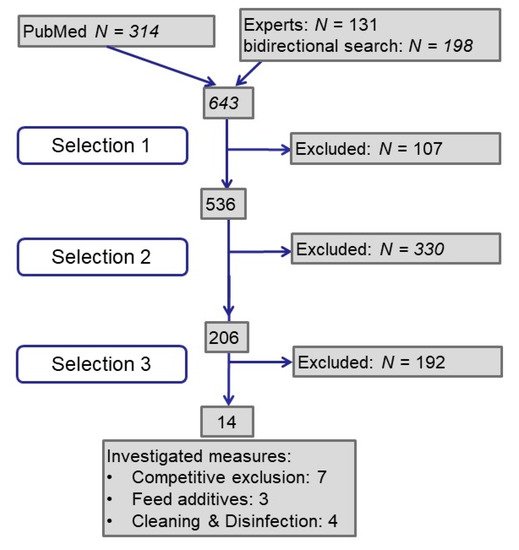 Figure 1. Flow diagram on process of literature retrieval and selection.

The articles identified from the literature search investigated the intervention measures cleaning and disinfection (4), competitive exclusion (7) and feed additives (3). The respective results are summarized in Table 1.

Table 1. Articles about the effectiveness of intervention measures against ESBL/AmpC-resistant E. coli or E. coli (n = 14).

Half of the identified publications (7/14) studied the effect of a probiotic-treatment on the presence of microorganisms in the gastrointestinal tract of broilers and their excretion. Almost all of them (6/7) investigated ESBL [52][55][56], or ESBL and AmpC producing E. coli [51][53][54], one study focused on the poultry pathogenic E. coli O20:K-:H8 and the human pathogenic E. coli O157:H7 [50].

Ceccarelli et al. [52] tested in a seeder-bird model the impact of treating one-day-old broilers with the commercial product Aviguard before challenging the seeder birds the next day with 106 CFU/mL E. coli strain E75.01/pE38.27 (ESBL). The average excretion until day 14 for the control group (no Aviguard) was 5.68 log10 CFU/g feces compared with 1.17 log10 CFU/g feces in the group where challenged and not challenged chicks received CE flora. They measured 2.22 log10 CFU/g feces in the group in which only challenged chicks received CE flora and 3.86 log10 CFU/g feces in the group in which only non-challenged chicks received CE flora, respectively. The resulting differences are 4.5 log10, 3.46 log10, and 1.82 log10 CFU/g feces. Methner et al. [53] and Methner, Rösler [54] investigated the effect of Aviguard applied on day 1 of life to the colonization of seven or four ESBL- or AmpC-producing E. coli strains administered the next day in different doses (2 × 104 to 2 × 108 CFU/bird) in layer birds or broilers. The effect differs for the strains and breeds but can achieve a reduction of 4–5 log10 CFU/g in layer birds, when exposed to seeder birds (1:5) infected with 1–2 × 105 CFU/bird. With Ross 308 broilers a reduction of 2.5–3.5 log10 CFU/g was achieved in this seeder-bird-experiment. Even when challenging the birds with high doses of ESBL- or AmpC-producing E. coli strains (106 to 108 CFU/bird), a reduction of about 2 log10 CFU/g was found in cecal content. Dame-Korevaar et al. published in 2020 [55][56] results of several seeder-bird experiments with prolonged supply of CE-cultures from day 0 until day 7 or even day 14 of life, twice a day. First [55], they investigated time until colonization, excretion and transmission for a CTX-M-1 E. coli (ESBL-producer) and application of the CE-products Aviguard or PoultryStar for fourteen days. Both products delayed the time until colonization (hazard ratio between 3.71 × 10−3 and 3.11) in all birds, when the seeder-birds (1:1 seeder:contact) were challenged on day 5 with 102 CFU/mL, reduced the excretion of CTX-M-1 E. coli and the excretion of total E. coli (up to −1.60 log10 CFU/g). The concentration in cecal content was slightly lower (up to −2.80 log10 CFU/g) and a 1.5 to 3-fold reduction in transmission rate was observed. Later in 2020 Dame-Korevaar et al. [56] published experiments where they administered the CE-product Aviguard for seven days and challenged the seeder-birds on day 5 (seeder:contact 1:5) with 105 CFU/mL CTX-M-1 E. coli and none of the broilers were positive for the challenging ESBL-producing strain. In the control group, 93.5% of the birds were colonized. They also observed that contact birds were colonized later than the seeder-broilers (Time to event Ratio 3.53, 95% CI 3.14 to 3.93) and the microbiota composition was more diverse in CE-broilers than in control broilers at days 5 and 21.

In our literature search, four of the 14 relevant publications (28.6%) studied the effect of cleaning and disinfection in livestock houses. Luyckx et al. [57] evaluated four different cleaning protocols in broiler houses. They included dry cleaning, wet cleaning, and disinfection. Differences concerned, for example, the duration of the steps and the temperature of the water. From the swab samples taken before cleaning 97% were positive for E. coli, but after disinfection, only 7% were positive, which means 86% of the E. coli were eliminated by cleaning and disinfection. No differences were found between the different cleaning and disinfection protocols. A second study of Luyckx et al. [58] investigated different sampling methods and the significance of different microorganisms as hygiene indicators. They found a total reduction of E. coli by 1.6 log10 CFU/625 cm2 from swab samples in broiler houses by cleaning and disinfection. Cleaning, had a decreasing effect of 1.3 log10 CFU/625 cm2, whereas disinfection resulted in a reduction of 0.3 log10 CFU/625 cm2. Gradel et al. [59] investigated a temperature–humidity–time treatment in layer houses by using steam treatment with or without 30 ppm formaldehyde. The most effective method was the application of steam-treatment with 30 ppm formaldehyde for 24 h and it resulted in 100% elimination of naturally occurring E. coli in feces samples. The fourth article is about the use of slightly acidic electrolyzed water (SAEW) as an alternative disinfectant in layer houses, investigated by Hao et al. [60]. When the SAEW was sprayed with a high-pressure sprayer at a rate of 120 mL/m2 for 5 min in layer houses, the isolation rates of E. coli showed a decrease of 16% compared to samples taken before disinfection.

The impact of feed additives on the gut microbiota was tested in three studies. The microorganisms analyzed were ESBL/AmpC producing E. coli (1 publication) and E. coli (2), the livestock animals investigated were broilers in all cases.

Jamroz et al. [62] achieved a reduction of E. coli by 0.84 log10 CFU/g intestinal digesta with a combination of carvacrol, cinnamaldehyde and capsaicin in a diet based on maize and a reduction of even 1.6 log10 CFU/g intestinal digesta with this combination of plant extracts in a diet based on wheat and barley.

Goodarzi Boroojeni et al. [61] investigated the thermal processing of feed and the inclusion of organic acids in broiler diets. They supplemented the feed with three different levels of a commercial product containing formic acid and propionic acid. Furthermore, it was treated with four different types of thermal processes. Neither for the thermal treatment nor for the organic acid supplementation significant results were observed. However, the measured cell number of E. coli/Hafina/Shigella was the lowest for treatment of the feed with 0.75% acid in the crop, in the ileum and in the caecum.

Roth et al. [63] investigated in their study the effect of a commercial product containing organic acids (formic, acetic, and propionic acids) and, additionally, essential oils (cinnamaldehyde) on the prevalence of resistant E. coli. This feed additive based on formic (20%) and acetic (10%) and propionic acids (5%) as well as 2.5% cinnamaldehyde, was applied at a dosage of 2 kg/t of feed for 38 days to 480 broiler chickens. This product showed a about 1.84 log10 CFU/g lower count of ESBL-E. coli in broiler cecum on day 38 in the group receiving feed-additives compared to the control group, but this effect was not significant.