The Visegrád Group, Visegrád Four, or V4, is a cultural and political alliance of four Central European countries – the Czech Republic, Hungary, Poland and Slovakia, that are members of the European Union (EU) and NATO – for the purposes of advancing military, cultural, economic and energy cooperation with one another along with furthering their integration in the EU. The Group traces its origins to the summit meetings of leaders from Czechoslovakia, Hungary, and Poland held in the Hungarian castle-town of Visegrád on 15 February 1991. Visegrád was chosen as the location for the 1991 meeting as an intentional allusion to the medieval Congress of Visegrád in 1335 between John I of Bohemia, Charles I of Hungary and Casimir III of Poland. After the dissolution of Czechoslovakia in 1993, the Czech Republic and Slovakia became independent members of the group, thus increasing the number of members from three to four. All four members of the Visegrád Group joined the European Union on 1 May 2004.

The name of the Group is derived, and the place of meeting selected, from the 1335 Congress of Visegrád held by the Bohemian (Czech), Polish, and Hungarian rulers in Visegrád. Charles I of Hungary, Casimir III of Poland, and John of Bohemia agreed to create new commercial routes to bypass the city of Vienna, a staple port (which required goods to be off-loaded and offered for sale in the city), and to obtain easier access to other European markets. The recognition of Czech sovereignty over the Duchy of Silesia was also confirmed. The second Congress took place in 1339, where it was decided that after the death of Casimir III of Poland, the son of Charles I of Hungary, Louis I of Hungary, would become King of Poland provided that Casimir did not have a son.[1]

From the 1500s, large parts of the present-day countries became part of or were influenced by the Vienna-based Habsburg Monarchy, until after the end of World War I and the dissolution of the Habsburg-ruled Austria-Hungary. After World War II, the countries became satellite states of the Soviet Union as the Polish People's Republic, the Hungarian People's Republic and the Czechoslovak Socialist Republic. In 1989, the Berlin wall was demolished and after the Fall of Communism in Central and Eastern Europe, three countries had abandoned Communism and embraced capitalism and democracy. In December 1991, the Soviet Union collapsed. In between, the Visegrád Group was established on 15 February 1991.[1]

File:Foundation of the Visegrád Group.tiff All four nations in the Visegrád Group are high-income countries with a very high Human Development Index. V4 countries have enjoyed more or less steady economic growth for over a century.[2] In 2009, Slovakia adopted the euro as its official currency and is the only member in the Group to do so.

If counted as a single nation state, the Visegrád Group would be the fifth largest economy in Europe and the 12th largest in the world.[3] 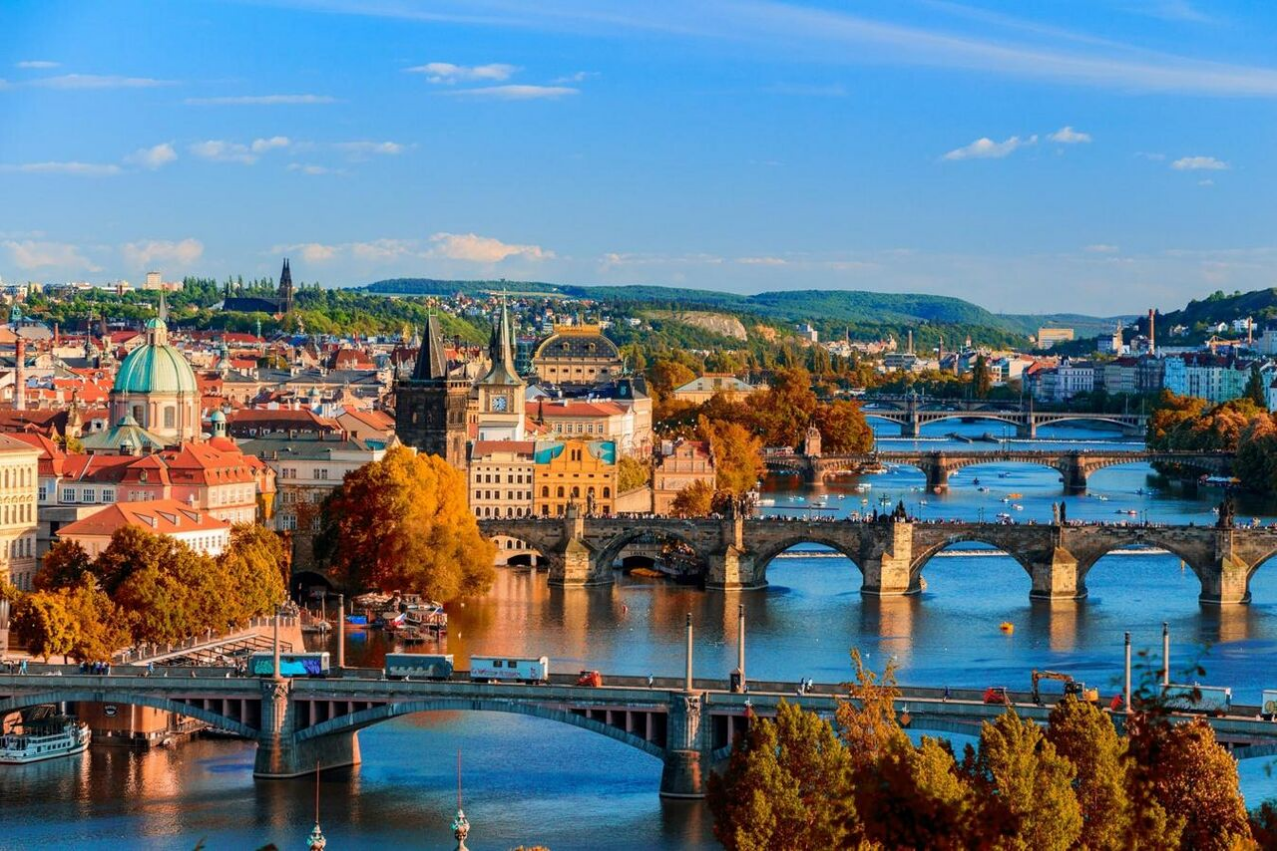 The economy of the Czech Republic is the group's second largest (GDP PPP of US$432.346 billion[6] total, ranked 36th in the world).

Within the V4, the Czech Republic has the highest Human Development Index,[7] Human Capital Index,[8] nominal GDP per capita[9] as well as GDP at purchasing power parity per capita.[10] 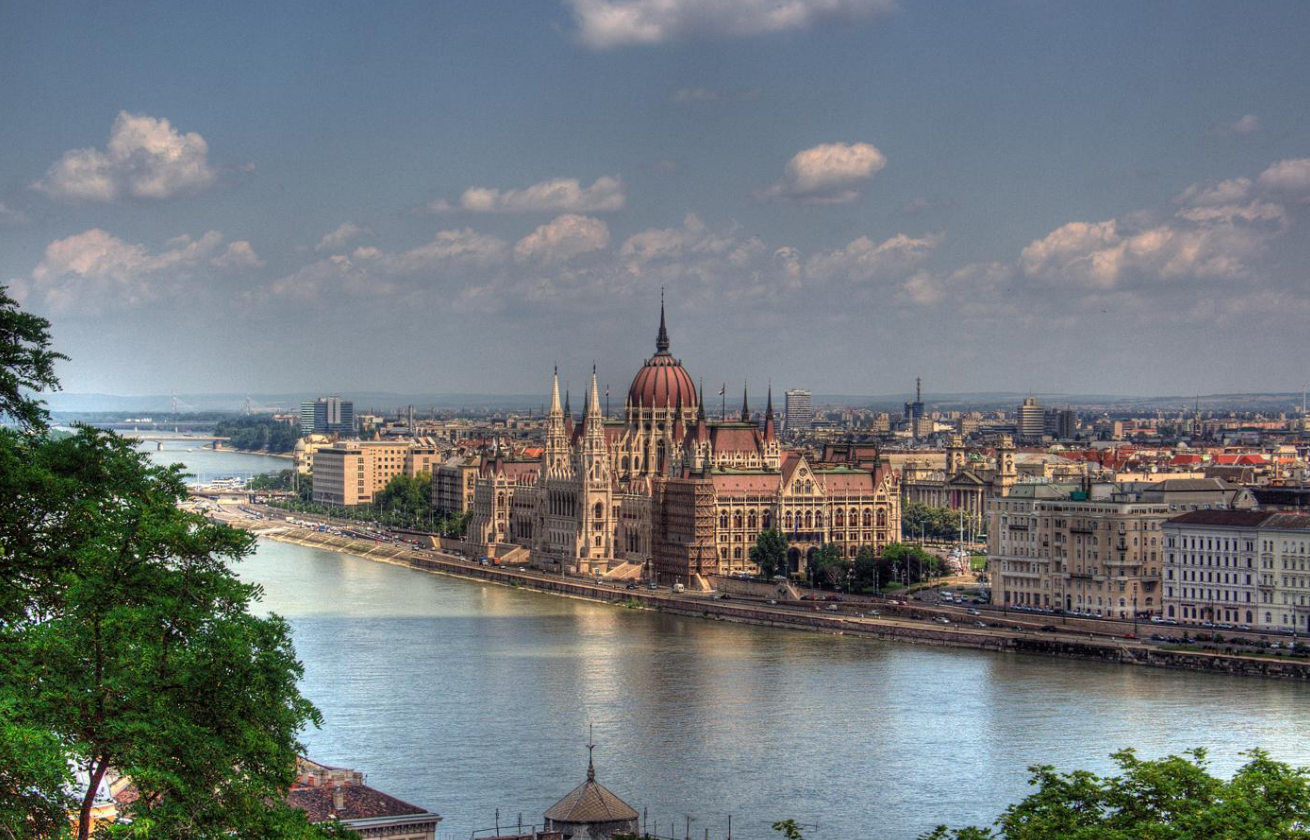 Hungary has the group's third largest economy (total GDP of US$350.000 billion, 53th in the world). Hungary was one of the more developed economies of the Eastern bloc. With about $18 billion in foreign direct investment (FDI) since 1989, Hungary has attracted over one-third of all FDI in central and eastern Europe, including the former Soviet Union. Of this, about $6 billion came from American companies. Now it is an industrial agricultural state. The main industries are engineering, mechanical engineering (cars, buses), chemical, electrical, textile, and food industries. The services sector accounted for 64% of GDP in 2007 and its role in the Hungarian economy is steadily growing.

The main sectors of Hungarian industry are heavy industry (mining, metallurgy, machine and steel production), energy production, mechanical engineering, chemicals, food industry, and automobile production. The industry is leaning mainly on processing industry and (including construction) accounted for 29.32% of GDP in 2008.[11] The leading industry is machinery, followed by the chemical industry (plastic production, pharmaceuticals), while mining, metallurgy and textile industry seemed to be losing importance in the past two decades. In spite of the significant drop in the last decade, the food industry still contributes up to 14% of total industrial production and amounts to 7–8% of the country's exports.[12]

Tourism employs nearly 150,000 people and the total income from tourism was 4 billion euros in 2008.[15] One of Hungary's top tourist destinations is Lake Balaton, the largest freshwater lake in Central Europe, with 1.2 million visitors in 2008. The most visited region is Budapest; the Hungarian capital attracted 3.61 million visitors in 2008. Hungary was the world's 24th most visited country in 2011.[16] 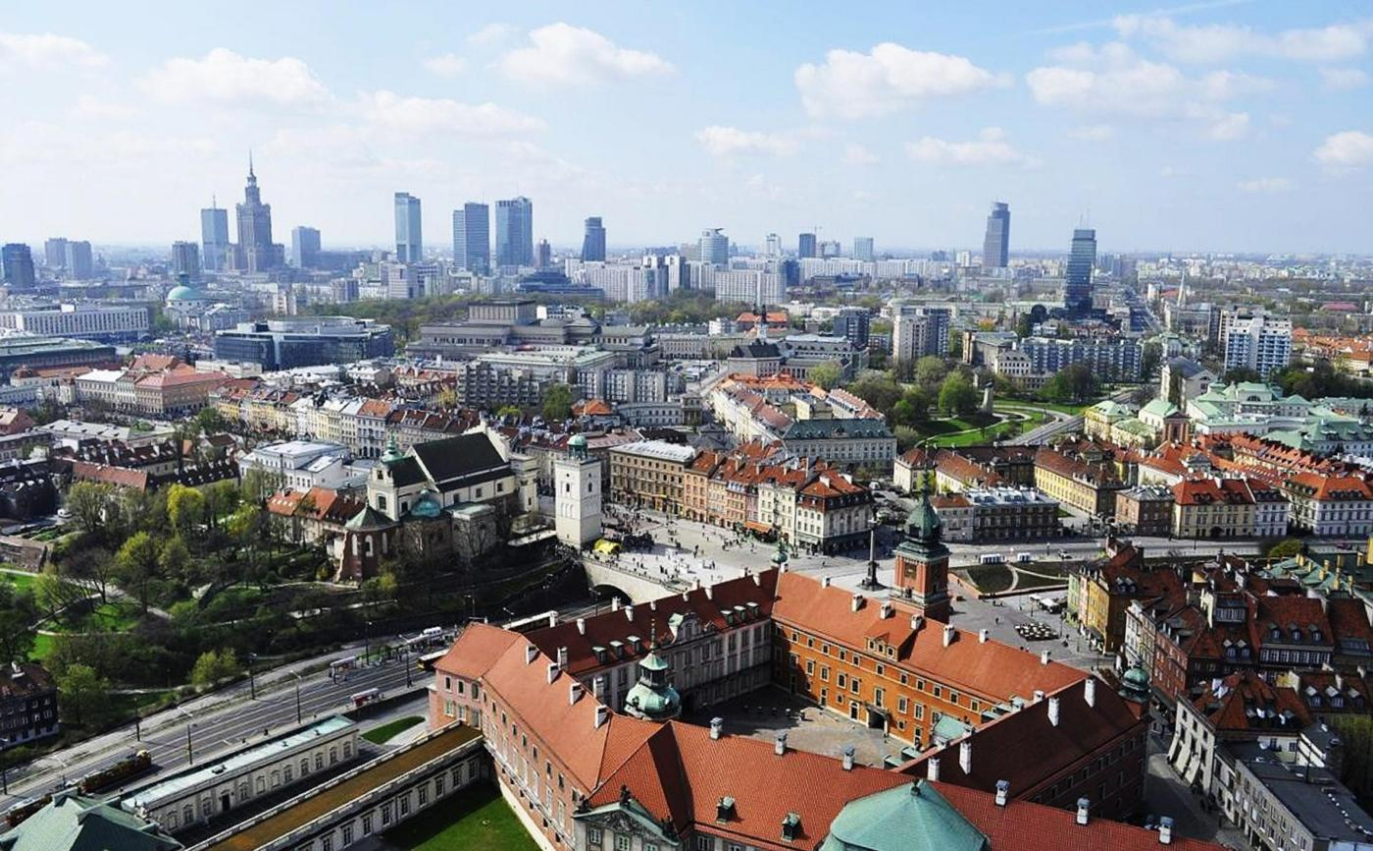 Poland has the region's largest economy (GDP PPP total of US$1.353 trillion,[17] ranked 22nd in the world). According to the United Nations and the World Bank, it is a high-income country[18] with a high quality of life and a very high standard of living.[19][20] The Polish economy is the sixth-largest in the EU and one of the fastest-growing economies in Europe, with a yearly growth rate of over 3.0% before the late-2000s recession. Poland is the only European Union member to have avoided a decline in GDP, and in 2009 created the most GDP growth in the EU. As of December 2009, the Polish economy had not entered recession nor contracted. According to Poland's Central Statistical Office, in 2011 the Polish economic growth rate was 4.3%, the best result in the entire EU. The largest component of its economy is the service sector (67.3%), followed by industry (28.1%) and agriculture (4.6%). Since increased private investment and EU funding assistance, Poland's infrastructure has developed rapidly.

Poland's main industries are mining, machinery (cars, buses, ships), metallurgy, chemicals, electrical goods, textiles, and food processing. The high-technology and IT sectors are also growing with the help of investors such as Google, Toshiba, Dell, GE, LG, and Sharp. Poland is a producer of many electronic devices and components.[21]

The smallest, but still considerably powerful V4 economy is that of Slovakia (GDP of US$209.186 billion total, 68th in the world).[22] 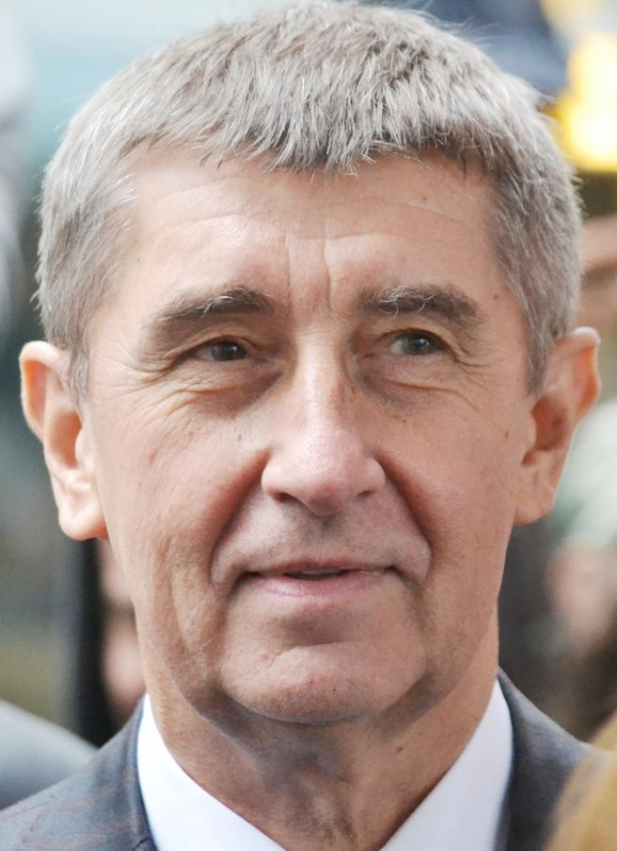 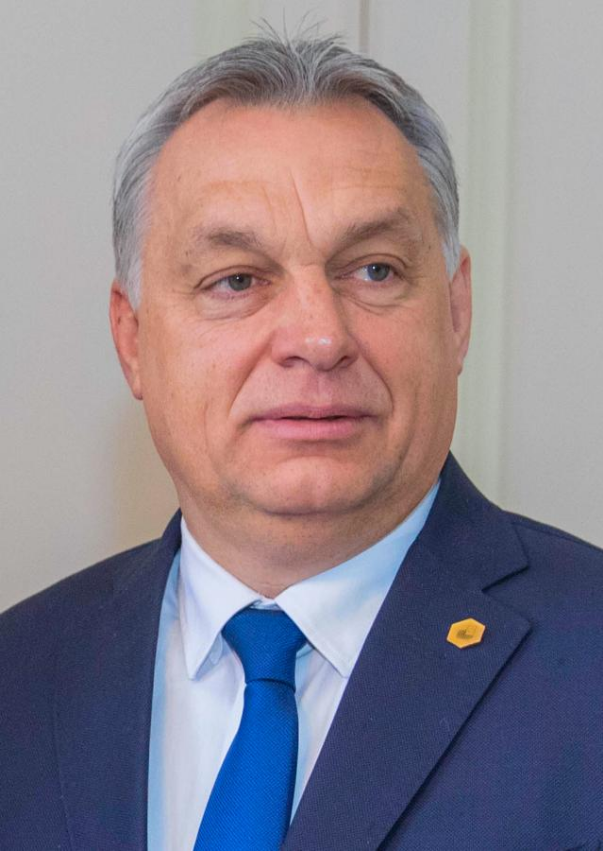 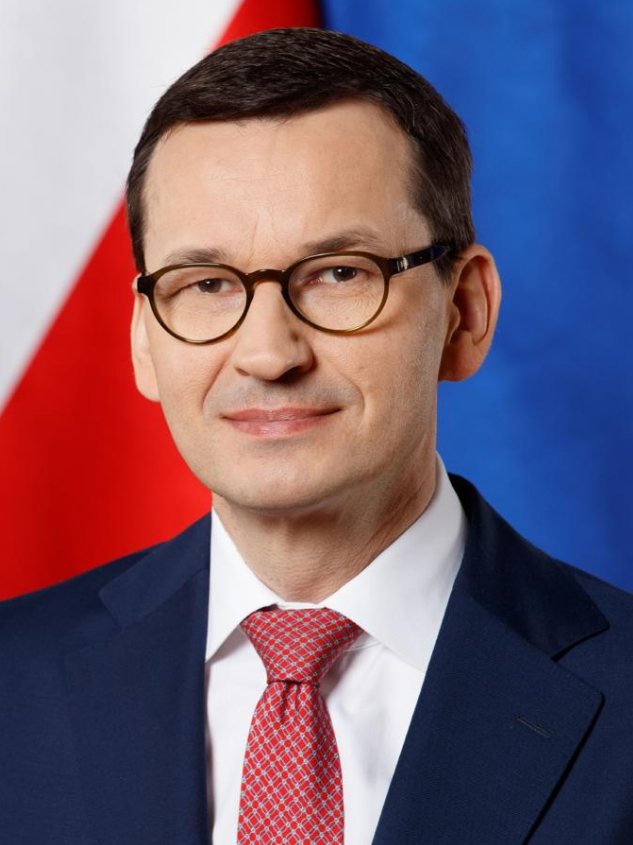 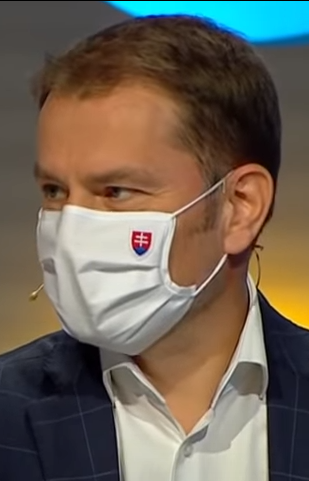 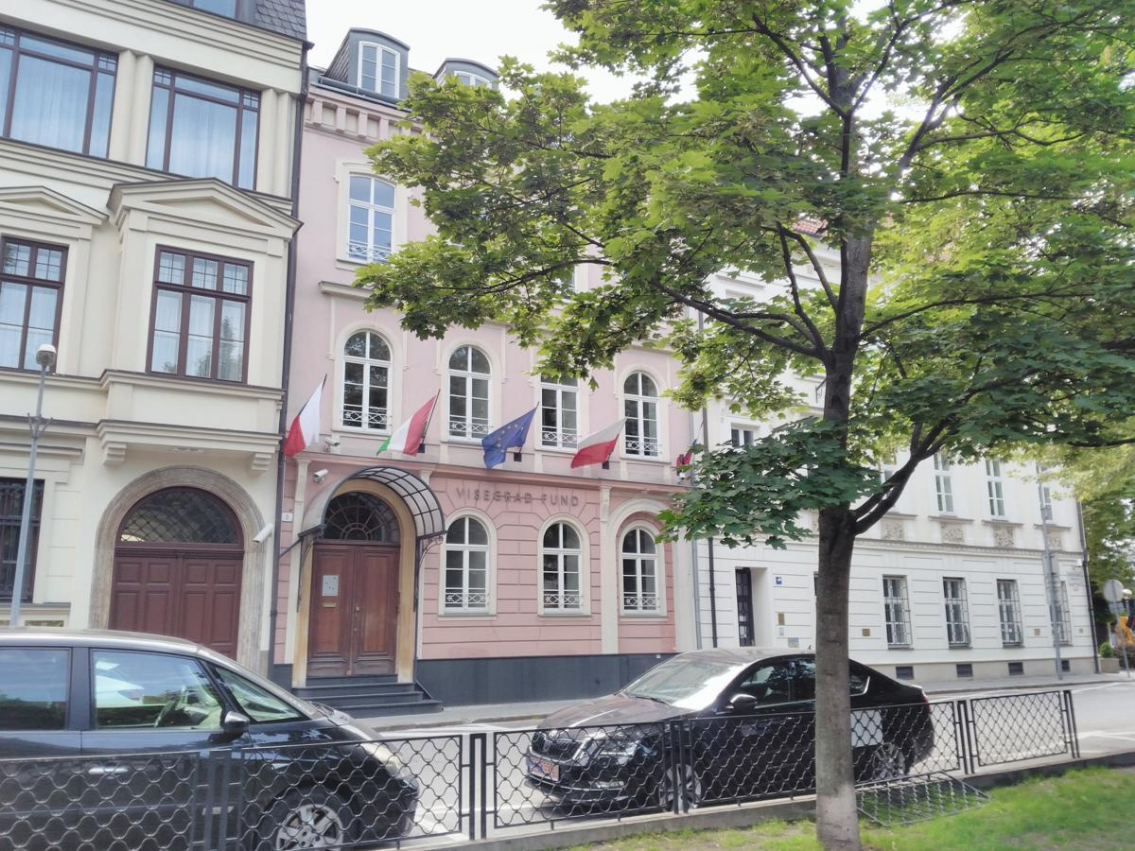 The International Visegrad Fund (IVF) is the only institutionalized form of regional cooperation of the Visegrad Group countries.

The main aim of the fund is to strengthen the ties among people and institutions in Central and Eastern Europe through giving support to regional non-governmental initiatives.

On 12 May 2011, Polish Defence Minister Bogdan Klich said that Poland will lead a new EU Battlegroup of the Visegrád Group. The decision was made at the V4 defence ministers' meeting in Levoča, Slovakia, and the battlegroup became operational and was placed on standby in the first half of 2016. The ministers also agreed that the V4 militaries should hold regular exercises under the auspices of the NATO Response Force, with the first such exercise to be held in Poland in 2013. The battlegroup included members of V4 and Ukraine .[27] Another V4 EU Battlegroup will be formed in the second semester of 2019.[28]

On 14 March 2014, in response to the 2014 Russian military intervention in Ukraine, a pact was signed for a joint military body within the European Union.[29] Subsequent Action Plan defines these other cooperation areas:[30]

Created by an agreement signed in Bratislava on 26 February 2015, the Institute aims at operating as an International Searching Authority (ISA) and International Preliminary Examining Authorities (IPEA) under the Patent Cooperation Treaty (PCT) as from 1 July 2016. 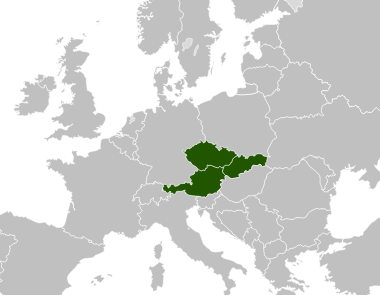 The countries participating in the Austerlitz format. (From North to South: Czech Republic, Slovakia, Austria.) https://handwiki.org/wiki/index.php?curid=2036058

The leadership of the Freedom Party of Austria, the junior partner in the former Austrian coalition government, has expressed its willingness to closely cooperate with the Visegrád Group.[32] Chancellor and leader of the Austrian People's Party Sebastian Kurz wants to act as bridge builder between the east and the west.[33]

Germany, Visegrad Group's western neighbor, is a key economic partner of the group and vice versa. As of 2018, Germany’s trade and investment flows with the V4 are greater than with China.[34]

Hungary, Poland, and Slovakia border Ukraine on their east. Poland additionally borders Belarus and Russia n Kaliningrad to the northeast. The Czech Republic is fully surrounded by other EU members. Hungary borders Serbia on the south, which is a candidate for EU accession.

Ukraine , an eastern neighbor of the V4 that is not a member of the EU, is one of largest recipients of the International Visegrad Fund support and receives assistance from the Visegrad Group for its aspirations to European integration.[35] Ukraine joined the Deep and Comprehensive Free Trade Area with the EU and therefore with the V4 in 2016.[36]