Louis XI (1461–1483) was the sixth king of the Valois branch of the Capetian dynasty in France; he ruled from 1463 until his death in 1483. Louis was the son of Charles VII (1403–1461) and Marie of Anjou (1404–1463). While Dauphin, he married first Margaret of Scotland (1424–1445) and then Charlotte of Savoie (c.1441–1483), who bore him four surviving children: Anne de France, Jeanne de France, François de France, and the future Charles VIII. Louis’ key challenge as monarch was to pick up the pieces of a kingdom ravaged by the Hundred Years War between England and France (1337–1453). His legacy was to have repaired the kingdom’s depleted coffers through a combination of frugality and territorial expansion. His historiography paints him as a paranoid, manipulative, and obsessively pious ruler, a simplistic portrait that is undermined by a close examination of his artistic patronage. This entry will focus on the iconography he employed across a variety of media to promote the sacred legitimacy of his rule and to unify the peoples of France’s newly acquired territories.

Louis XI;royal images;liturgical objects;Valois kings;Capetian dynasty;Order of Saint Michael
Louis XI’s long-held reputation as a pious, paranoid ruler who preferred hunting and praying to parties and processions offers only a partial view of this misunderstood monarch’s reign. As a result of the economically debilitating Hundred Years War, Louis inherited from his father, Charles VII, a jumble of principalities and a virtually bankrupt treasury. His leadership, diplomacy, and military expansion unified and stabilised the kingdom, securing the Duchy of Brittany (in 1475 with the Treaty of Senlis), the Burgundian territories (in 1477, confirmed by the Treaty of Arras with the Habsburg emperor Maximilian I in 1482), Maine, Anjou, Provence and Fourcalquier in 1481, as well as some of the lands held by the House of Armagnac in Gascony. The financial security he achieved for the monarchy by the end of his reign paved the way for his descendants to exercise dynastic ambition through patronage.
However, Louis’ historiography was working against him from the start: Thomas Basin (1412–1491), the Burgundian chronicler and bishop of Lisieux [1] (p. 53), called him the universelle aragne, the universal spider, a man who lived for intrigue and plots [2] (p. 7). Before Louis acquired the Burgundian territories in 1482, Burgundian chroniclers took great pleasure in describing the chasm between the king and the Burgundian dukes in terms of their refinement and courtliness, notably Philippe de Commynes, Jean Froissart, Georges Chastellain, and Oliver de la Marche [1] (pp. 32–33). Georges Chastellain (1405?–1475), for example, drew attention to Philip the Good’s lavish display of magnificence that wowed the crowds at Louis XI’s coronation [3] (pp. 53–55, 85–86, 93–94). Centuries later, commentators fanned the flames of the fire lit by the Burgundian chroniclers. In 1824, Walter Scott described the king as fearful, locked up in a prison of his own making at the royal palace at Plessis [4]. The initial chronicles presented a biased account that tainted Louis’ biography and legacy, and to which historians still frequently refer. Even at the beginning of the 21st century, his biographer depicted him as a grand homme, a politician and statesman with expansionist, nation-building ambitions [5]. Rarely, if ever, was he remembered as a patron. Yet closer examination of the surviving sources reveals that Louis XI’s patronage was an essential aspect of his leadership, which he exploited through a variety of media and diverse royal iconography.
The king is regarded by historians as a monarch with simple tastes who disliked spending money on luxuries. The evidence shows that on the contrary, he spent significant sums on ecclesiastical and secular architecture, religious donations, liturgical objects, and votive offerings made from precious metals by goldsmiths, and on diplomatic gifts. The vast majority of his commissions were for religious institutions. However, instead of reading this as personal pious behaviour, we need to acknowledge the extent to which he used devotional objects and religious patronage to exercise royal diplomacy, to construct a legacy, and to promote his reign during his lifetime. Although virtually nothing survives of his many goldsmith-work religious commissions, several descriptions of these objects remain in the historical record.
The king used a variety of symbols and images to promote his royal authority and the divine legitimacy of his rule. The royal coat of arms combined the regal preciousness of gold with divine, celestial blue. The fleur-de-lys (lily) in the royal arms was considered by the Valois branch of the Capetian dynasty to be a symbol of the Holy Trinity and therefore a visual confirmation of the monarch’s divine right to rule. Louis himself decreed this sacred link, saying that his nobility and dignity “were graced by the fleur-de-lys with the countenance and the mark of Heaven” [6] (p. 219). This can be seen on a gold coin the king had minted in around 1475, which depicts on the obverse (left), a royal coat of arms with three fleur-de-lys, topped by a crown and a sun (Figure 1). The obverse inscription reads LVDOVICVS: DEI: GRA: FRACORVm: REX (Louis, by the grace of God, king of the Franks). The reverse side of the coin (right) depicts a cross fleurdelisée with a quadrilobe at the centre. The inscription reads: XPS: VInCIT: XPS: REGnAT: ET: ImPERAT (Christ victorious, Christ the king, Christ the ruler). The winged hart, adopted from the reign of Charles VI (1368–1422) up to Francis I (1494–1547) and embraced by Louis, symbolised the immortality of the king [6] (p. 224). However, the symbol of royal power Louis chose most often was his own image. Images and portraits of the king were used on seals, coins and medals, and especially through votive offerings (sculptures of the king made from wax or precious metals) placed in religious settings around the kingdom, to maximise the visibility of his kingship among the people. 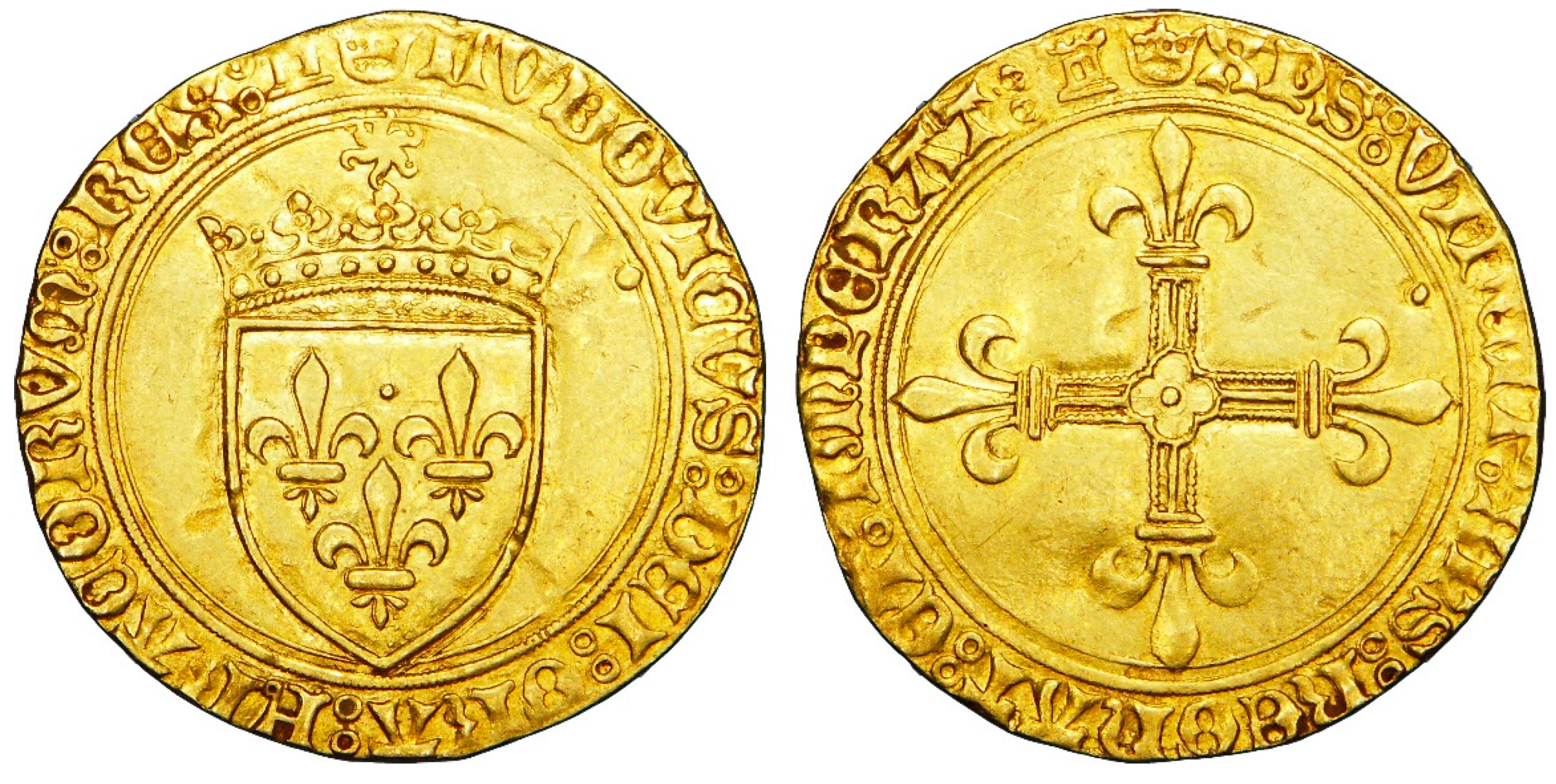 Figure 1. Tours workshop, Ecu d’Or, gold, Private ownership. Source: cgb.fr (Numismatique Paris), Wikimedia Commons, CC BY-SA 3.0 license.
The location of royal imagery clearly reflects the king’s political aims, and the objects and buildings Louis commissioned or patronised form a nucleus around the royal court in the Loire region, especially the city of Tours. The king also ensured that the presence of royal images—votive offerings, liturgical objects, and stained-glass windows in particular—coalesced around the territories he acquired during his reign, and in the regions that bordered them. The entry concludes with a discussion of the king’s tomb and burial place at Notre-Dame de Cléry in the Loire, the location of which ruptured from the Capetian dynasty’s traditional choice of the royal necropolis at Saint-Denis, Paris.
This entry will focus on the following themes and types of royal iconography: the royal image; sacred lineage and the coronation; piety as a political tool; saintly patrons and the Order of Saint Michael; and innovation in burial. The king was an active participant in the patronage process, expressing his direct wishes frequently through a select group of individuals in his confidence, who oversaw projects, secured quotes from artists, and ensured that orders progressed in a timely fashion. One of the most active mediators for the king, Jean Bourré (1424–1506), was a powerful figure at the court and a patron of the arts in his own right. Bourré established himself in the Touraine region with the purchase in 1465 of the château du Plessis-Bourré [7] (p. 204). Another key mediator in the commissioning of works was Jean Bochard (?–1484), sometimes known as Boucard, or Baucart, the bishop of Avranches from 1453 to 1484 and the king’s confessor [8] (pp. 19–20).
© Text is available under the terms and conditions of the Creative Commons Attribution (CC BY) license (http://creativecommons.org/licenses/by/4.0/)
Help
Top
Feedback
Feedback
Help Center
Browse our user manual, common Q&A, author guidelines, etc.
Rate your experience
Let us know your experience and what we could improve.
Report an error
Is something wrong? Please let us know!
Other feedback
Other feedback you would like to report.
Did you find what you were looking for?