The Equation of State (EOS) of uniform neutron-rich nucleonic matter of isospin asymmetry δ = (ρn− ρp)/ρ and density ρ can be expressed in terms of the energy per nucleon E(ρ, δ) within the parabolic approximation as [1][2][3][4].[1-4]

Significant progresses have been made in constraining the Esym(ρ) around and below the saturation density ρ0  over the last two decades. Comprehensive reviews on the recent progress and remaining challenges in constraining the Esym(ρ) can be found in the reviews in Refs. [4][5][6][7][8][9][10][11][12][13][14][15][5-15].  The density dependence of nuclear symmetry energy around ρ0 can be characterized by its magnitude Esym(ρ0), slope L and curvature Ksym.  Efforts by many people in both nuclear physics and astrophysics especially since the discovery of the first neutron star merger event GW170817 have significantly enriched our knowledge about the symmetry energy and provided tighter constraints on its characteristics as illustrated in the following three figures. The first is from a survey of 29 analyses of various observables in terrestrial nuclear laboratory experiments and astrophysical observations done by 2013 (taken from  B.A. Li and X. Han, Phys. Lett. B727, 276 (2013)). Results from 24 new analyses of neutron star observables since the discovery of GW170817 are compared with the 2013 survey in the second figure. While the third figure shows the values of curvature of symmetry energy extracted from the earlier analyses and the new studies of neutron star observables as indicated in the figure. 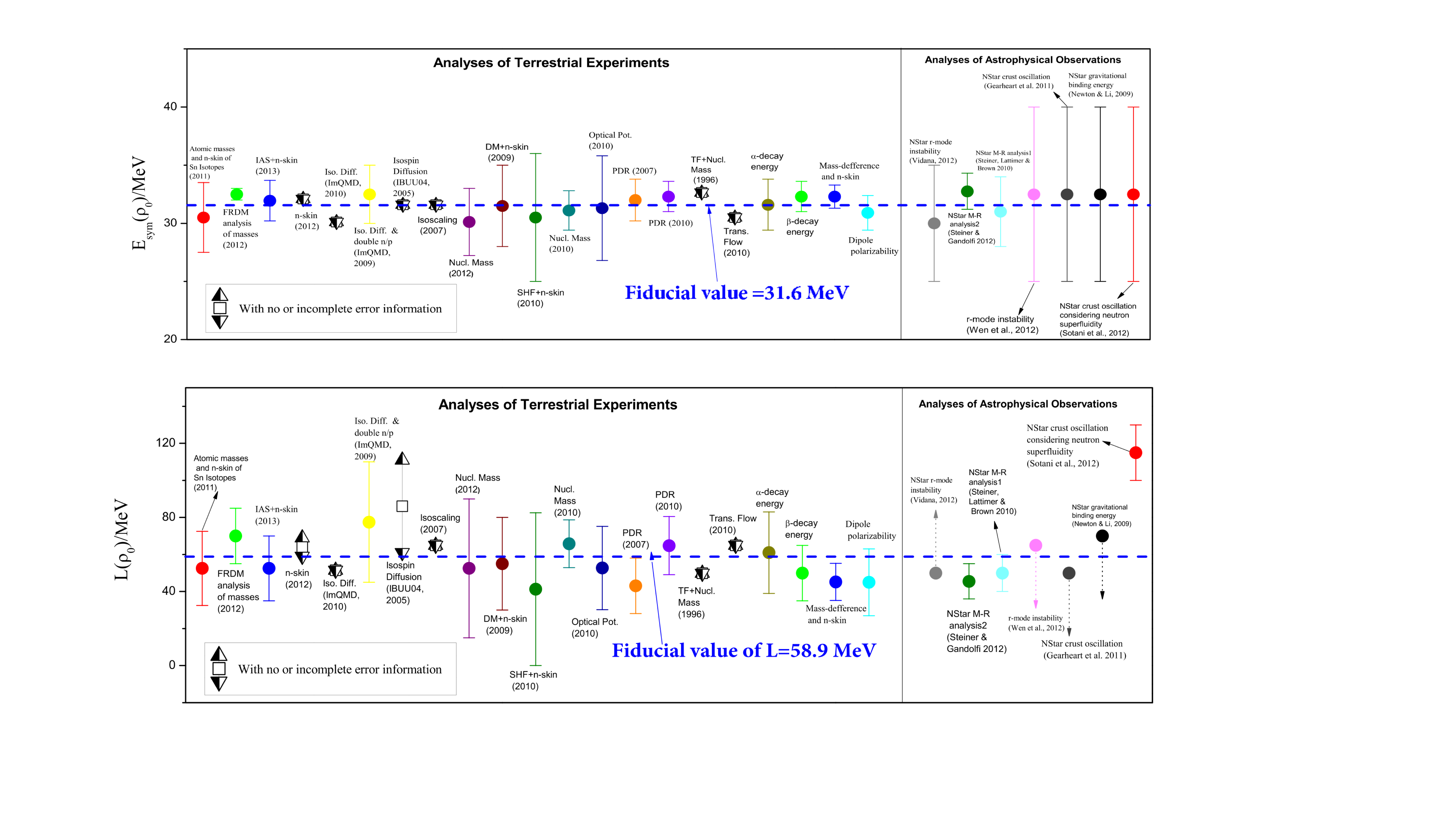 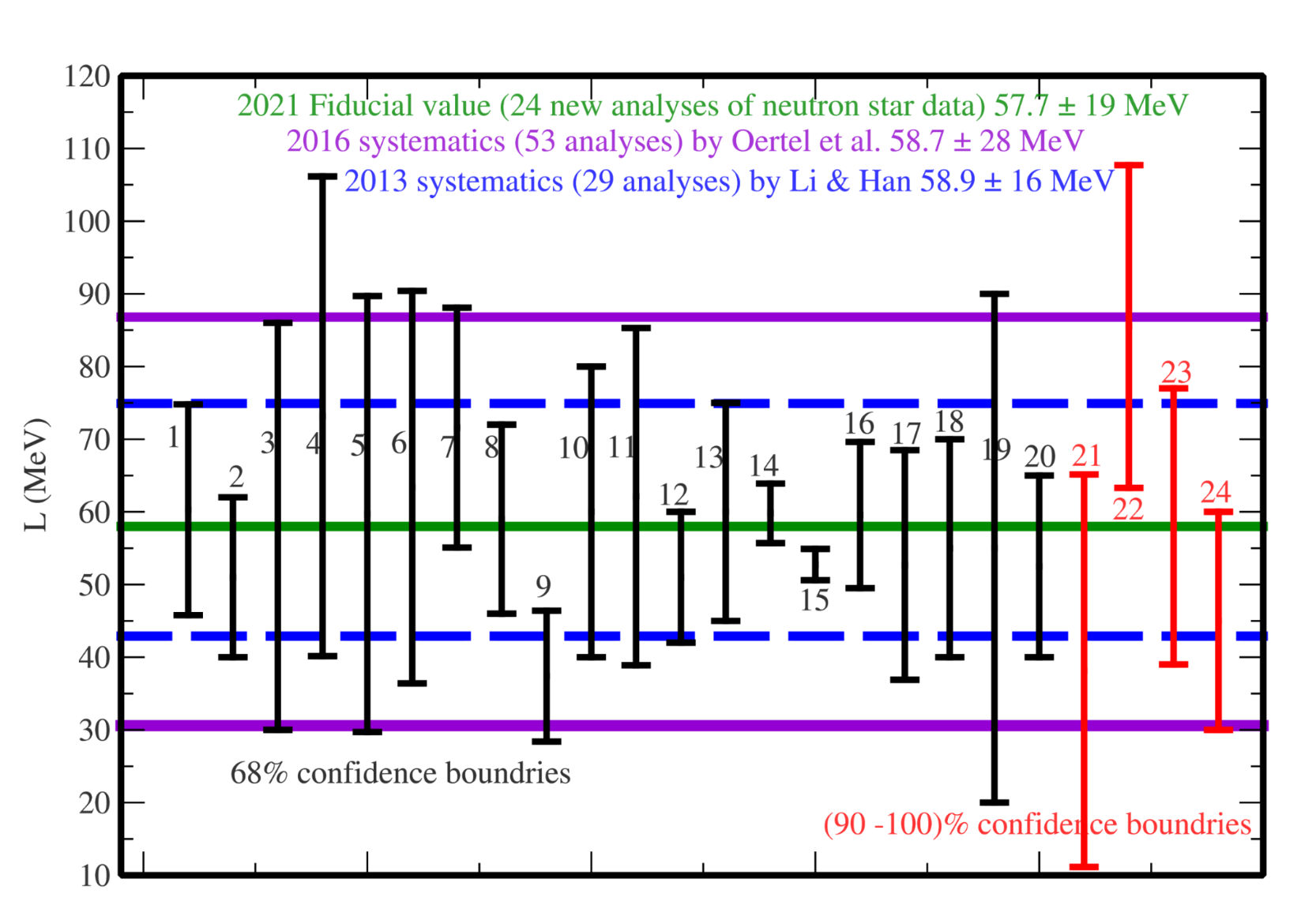 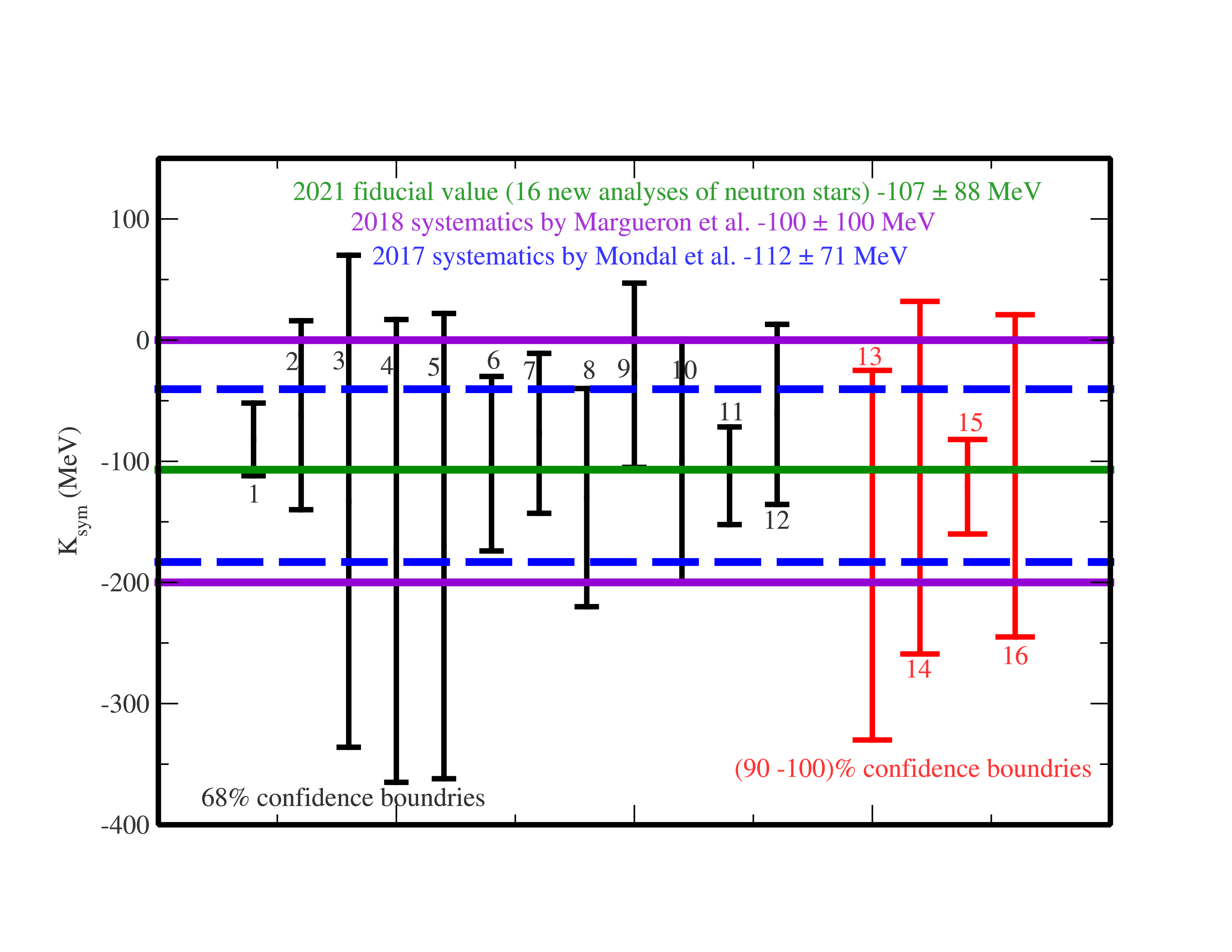 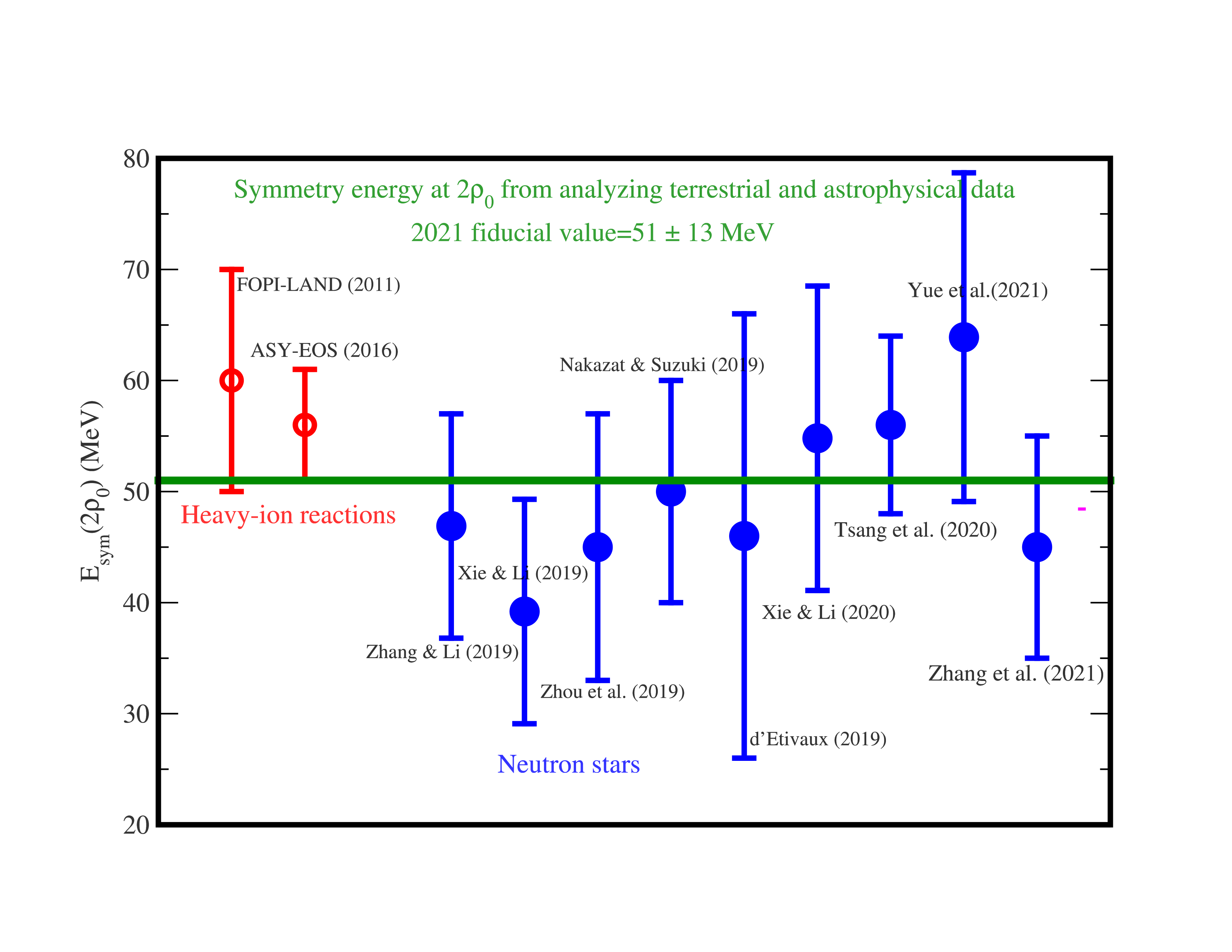 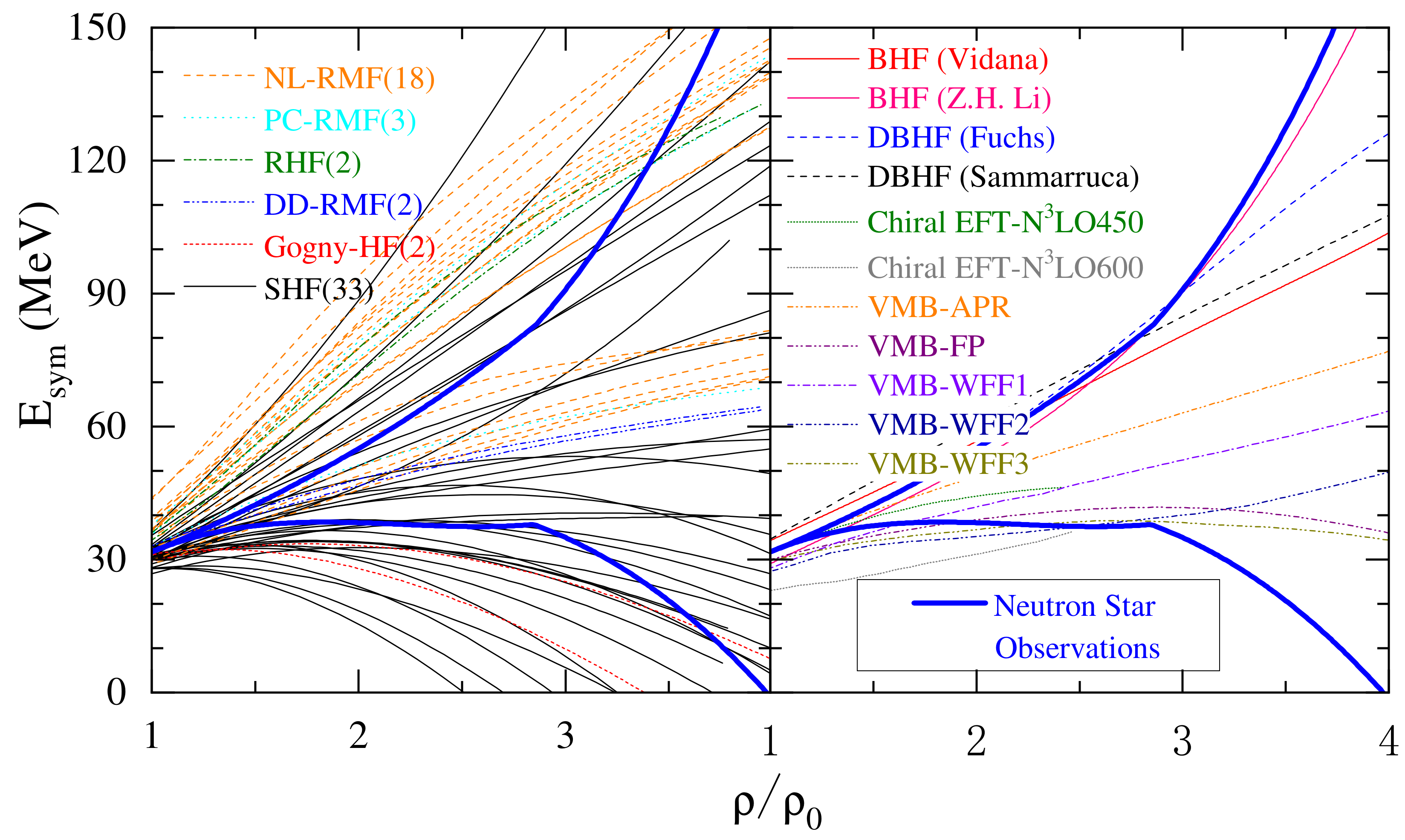