Aldose reductase (AR, ALR2), the first enzyme of the polyol pathway, was initially connected with the onset of diabetic complications (DCs) [1][2][3][4][5][6]. More recent evidence suggests that AR also plays a key role in inflammatory pathologies and in several genetic metabolic disorders in non-diabetic subjects. In this context, aldose reductase inhibitors (ARIs) have received much attention as a promising therapeutic strategy in targeting the above-mentioned disorders [7][8][9][10][11][12][13][14][15][16][17][18][19].
Yet, the etiology of DCs is multifactorial since multiple mechanisms contribute to their development. Complex multifactorial etiology of DCs stems from activation of several metabolic pathways by hyperglycemia. The polyol pathway serves as a major link to other pathways responsible for glucose toxicity including the oxidative stress [20][21][22][23][24][25]. The multifactorial nature of diabetic complications represents a great challenge in the development of efficient therapy. A multi-target directed approach in prevention of diabetic complications is oriented on the rational design of chemical entities able to affect simultaneously multiple key mechanisms, since targeting just one particular mechanism may have a limited effect. This approach increases the chance of successful therapeutic intervention, decreases the risk of side effects, and is economical.
Substituted indoles are an interesting group of compounds with a plethora of biological activities. The indole scaffold, found in numerous natural and synthetic substances, is considered a useful structural subunit for drug design and discovery [26][27][28][29][30]. In our pursuit of multifactorial drugs to treat diabetic complications we were inspired by both an efficient antioxidant and free radical scavenging agent, stobadine (STB, 1a) [25][31][32][33][34][35], a drug of hexahydropyridoindole nature, and by the highly efficient ARI lidorestat, derivative of indol-1-yl acetic acid [36]. Accordingly, both tetrahydropyridoindole scaffold evolved from stobadine, and indol-1-yl acetic acid moiety were used in our lab during the last 15 years as starting fragments in developing of several promising series of aldose reductase inhibitors/antioxidants. 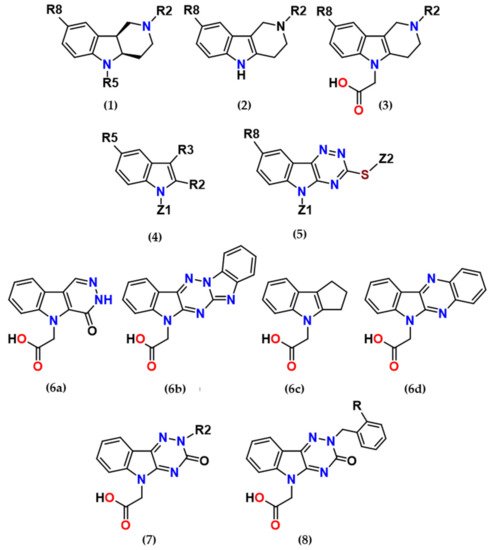 Figure 1. The core scaffolds of the indole-based aldose reductase inhibitors/antioxidants.

With regard to the multifactorial pathophysiological origin of diabetic complications, a therapeutic approach based on the use of multi-target directed drugs has been forwarded. Based on the premise that a bifunctional compound with joint antioxidant/aldose reductase inhibitory (AO/ARI) activities could be multifactorially beneficial, we were inspired by both an efficient antioxidant stobadine (1a), a drug of hexahydropyridoindole nature, and by the highly efficient ARI lidorestat, derivative of indol-1-yl acetic acid. Stobadine (1a) as an efficient ROS scavenger was extensively studied in multiple models of diabetic complication with the aim to attenuate the oxidative component of glucose toxicity. Lidorestat belongs to a broad class of acidic aldose reductase inhibitors with characteristic carboxymethyl pharmacophore.
At the very beginning of the drug design, we employed the hexahydropyridoindole moiety of stobadine (1a) as a starting scaffold, which was sequentially endowed with the carboxymethyl pharmacophore in three different synthetically accessible positions (2, 5 and 8). SAR study of the novel derivatives in relation to the carboxymethyl pharmacophore regioisomerization and core scaffold modification resulted in developing of
several promising series of aldose reductase inhibitors/antioxidants as summarized in Figure 2.

Shifting the carboxymethyl pharmacophore from position 8 to position 2, yielded derivatives with markedly decreased inhibition efficacy, as exemplified by compound 2g, therefore this route of drug designing was not further followed.

Structure optimization of the tetrahydropyridoindole scaffold by transferring the carboxymethyl pharmacophore from position 8 to position 5, yielded derivatives with markedly enhanced inhibition efficacy and selectivity, yet with abolished AO activity (e.g. compounds 3a,d,f). In this series, the AR inhibition efficacy markedly increased with decreasing basicity of N2 nitrogen as documented by compound 3f.

Interestingly, the structural features of the most efficient ARIs resulting from the above optimization procedure, namely compounds 2c, 3f, 5a and 7a (IC50(ALR2) = 18 000; 13; 97; 42 nM, resp.) still match the strict criteria of the „rule of three“, which points to their excellent “leadlikeness” with prospects of further structure optimizations.

Among the novel derivatives, compound 5a was patented (P3). At the present time, it is in the stage of complex preclinical evaluation under the name of cemtirestat [37][38][39][40][41][42][43][44][45][46][47][48]. Apparently, there are several advantages of cemtirestat over the clinically used epalrestat, namely lower molecular weight, better water solubility, higher AR inhibition activity recorded both at the level of isolated enzyme (Table 2 and Table 4) and at the organ level of isolated rat eye lenses (Table 13) and additional AO action (Table 10 and Table 11, Figure 15 and Figure 16). Recently, antioxidant activity of cemtirestat was corroborated by a study of Valachova et al. [44] reporting ability of the drug to protect hyaluronan against oxidatively induced degradation. In addition, protective effects of cemtirestat in neuron-like PC12 cells and BV2 rodent microglial cells exposed to toxic models of oxidative stress were recently documented [45][46]. Studies in vivo in rat models of diabetes revealed ability of cemtirestat (5a) to attenuate symptoms of peripheral neuropathy with high significance [41][43][48]. Moreover, our very recent study [41] proved that the direct ROS scavenging activity of cemtirestat (5a) is complemented by its ability to restore thiol-disulfide homeostasis by releasing free GSH from the pool of endogenously bound disulfides. In addition, ceasing aldose reductase activity by cemtirestat spares NADPH, which is needed for recycling of GSH by glutathione reductase. Considering the above-mentioned complementary activities (Figure 3), cemtirestat (5a) represents a practical example of a therapeutic strategy against chronic complications in diabetes based on multiple pharmacological activities. Yet, in-depth studies of the indicated molecular mechanisms and their mutual interactions are still needed. 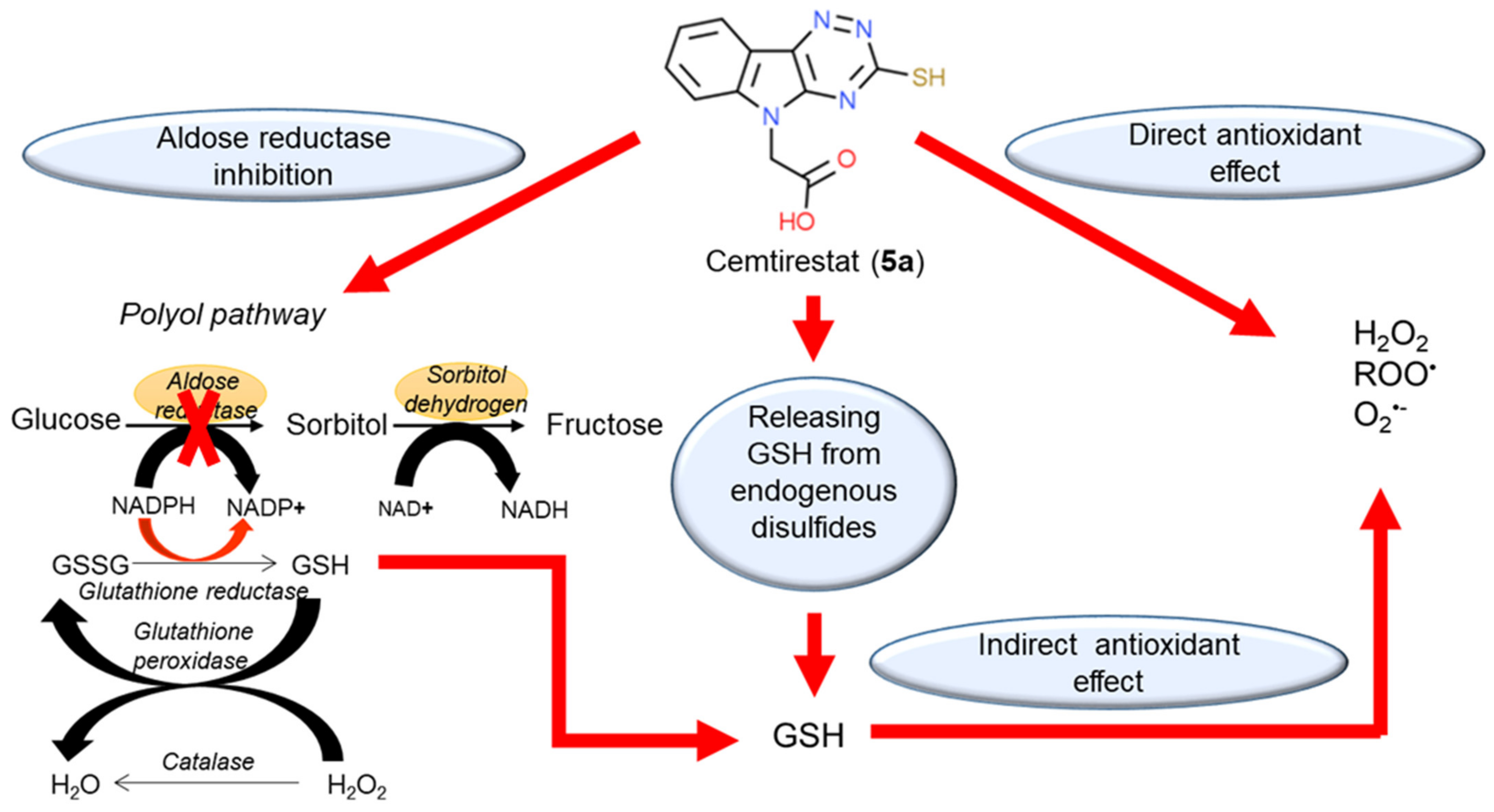 Figure 3. Multiple pharmacological activities of cemtirestat (5a). Reprinted with permission from [41]. Copyright (2020) Elsevier.