The alterations of platelet function in metabolic disorders contribute to increase the tendency to thrombus formation playing a major role in the increased risk of atherothrombotic events in patients with cardiometabolic risk factors. Obesity, classically a condition of insulin resistance, dyslipidemia, impaired glucose homeostasis and hypertension are conditions associated with a number of platelet abnormalities that lead to "angrier" platelets, resulting in increased platelet activation and aggregability. Here we summarize the role of these clinical settings on promoting the biochemical imbalance towards platelet hyperactivation, and provide some platelet indices and biomarkers that may be useful to identify a prothrombotic phenotype.

Several lines of evidence suggest a strong correlation between metabolic disorders and hemodynamic such as obesity, dyslipidemia, diabetes, hypertension, and cardiovascular (CV) diseases (CVD), with endothelial dysfunction as the initial step toward atherothrombosis (Figure 1). Oxidative stress and a chronic low-grade of inflammation may be considered a “common soil” able to create a feed-forward cycle that can deeply influence the development of a prothrombotic tendency of these metabolic abnormalities. 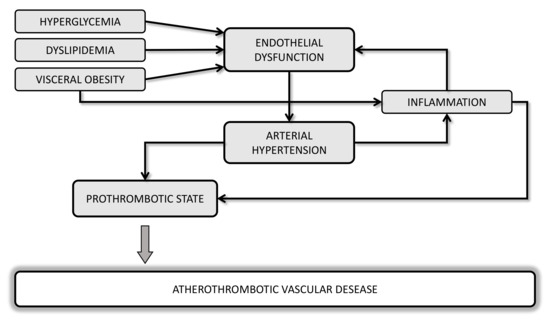 Figure 1. Potential mechanisms linking cardiometabolic disorders and atherothrombotic vascular diseases.
One of the first epidemiological studies showing the causal relationship between obesity and CVD was the Framingham Heart Study [[1][2]] and other studies have then confirmed that the waist-to-hip ratio (WHR)—a reliable index of central obesity—was the strongest anthropometric predictor of myocardial infarction [[3]] and stroke [[4][5]].
Not only the excess of adipose tissue, but also body fat distribution and the impaired adipose tissue function, rather than total fat mass, better predict CV risk [[6]]. Actually, atherothrombotic events leading to an elevated risk of CV morbidity and mortality are closely associated to central obesity, which confers a higher degree of CV risk than peripheral adiposity [[7][8]]. In fact, abdominal adiposity may have a causal, unfavorable effect on plasma triglycerides (TGs) and potentially other cardiometabolic risk factors due to a greater ability to release cytokines and free fatty acids involved in the pathogenesis of both atherothrombosis and insulin resistance [[9][10]].
The increasing prevalence of obesity, especially in Western Countries, has also contributed to significant increases in the prevalence of other important CV risk factors, including dyslipidemia, insulin resistance, and type 2 diabetes mellitus (T2DM). The presence of a clustering of three or more risk factors in the same individual, including abdominal obesity, atherogenic dyslipidemia, high systolic and diastolic blood pressures, and impaired glucose tolerance has been defined by World Health Organization (WHO) as metabolic syndrome (MS) [[11]], though there is some minor variation in the definition by other health care organizations. Importantly, each of these cardiometabolic disorders contributes to alter hemostatic balance leading to a prothrombotic phenotype [[12]]. This review will focus on the role of obesity on prothrombotic tendency in patients affected by MS, being adipocytes able to produce and/or release hormones which deeply influence hemostatic balance, platelet function, pro-inflammatory state and oxidative stress.
Platelets are key players in the thrombotic process in patients with metabolic abnormalities associated with increased risk of CVD.
This review provides an overview of changes in platelet function occurring in metabolic and hemodynamic disorders mainly characterizing the MS, all with an impact on the risk of CV morbidity and mortality owing to atherothrombotic events. Many of impairments in platelets converge on oxidative stress with release of oxidation products, which have a causal link to platelet hyperaggregability and hyperactivation. The excess of adipose tissue of the trunk and/or abdomen has a strong impact on vascular complications, through the production of PMPs and mediators with paracrine and endocrine actions, which influence platelet response. Platelet indices and biomarkers of platelet activation may have useful clinical value through the whole journey of cardiometabolic diseases for prediction and risk assessment of thrombotic risk. Different methodological approaches for platelet (dys) function investigations are now available and each-one based on different operating principles. However, few assays are able to assess “all in one device” platelet aggregation and activation pathways and standardization and quality controls are still limited despite several efforts.
Insulin resistance, a condition frequently associated with obesity, with or without hyperglycemia, dyslipidemia, and hypertension alters a number of distinct aspects of hemostasis responsible for platelets more prone to aggregate to agonists and less responsive to platelet inhibitors. However, weight reduction is a powerful measure to restore a physiological platelet function in obese subjects.